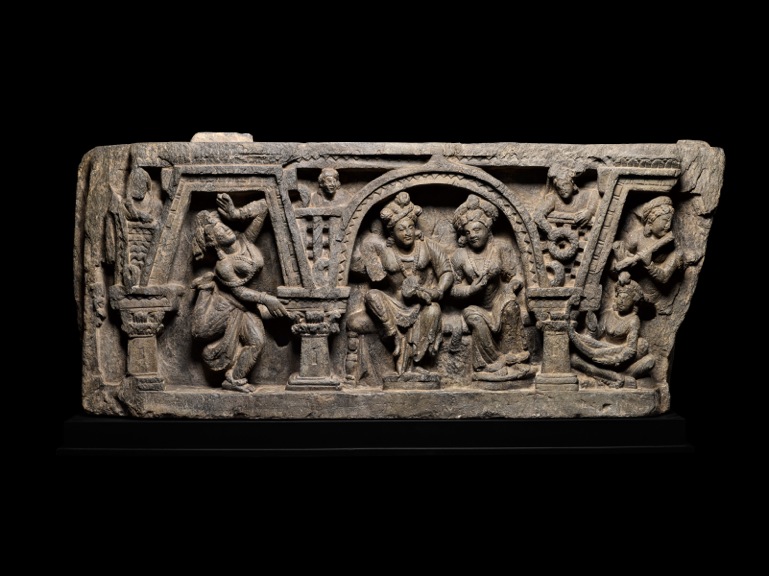 This panel depicts Siddharta in his palace together with his wife, two musicians and a dancer.

On the left side of the panel a dancing girl raises her right leg under a trapezoidal roofs, supported by slender Corinthian columns.  On the right side, two musicians are shown playing a flute and a string instrument.  Two balconies are depicted on either sides of the central arch, a standing figure in each; the one on the right is holding two wreaths of flowers.

See W Zwalf, A catalogue of the Gandhara Sculpture in the British Museum, fig. 170, London, 1996.