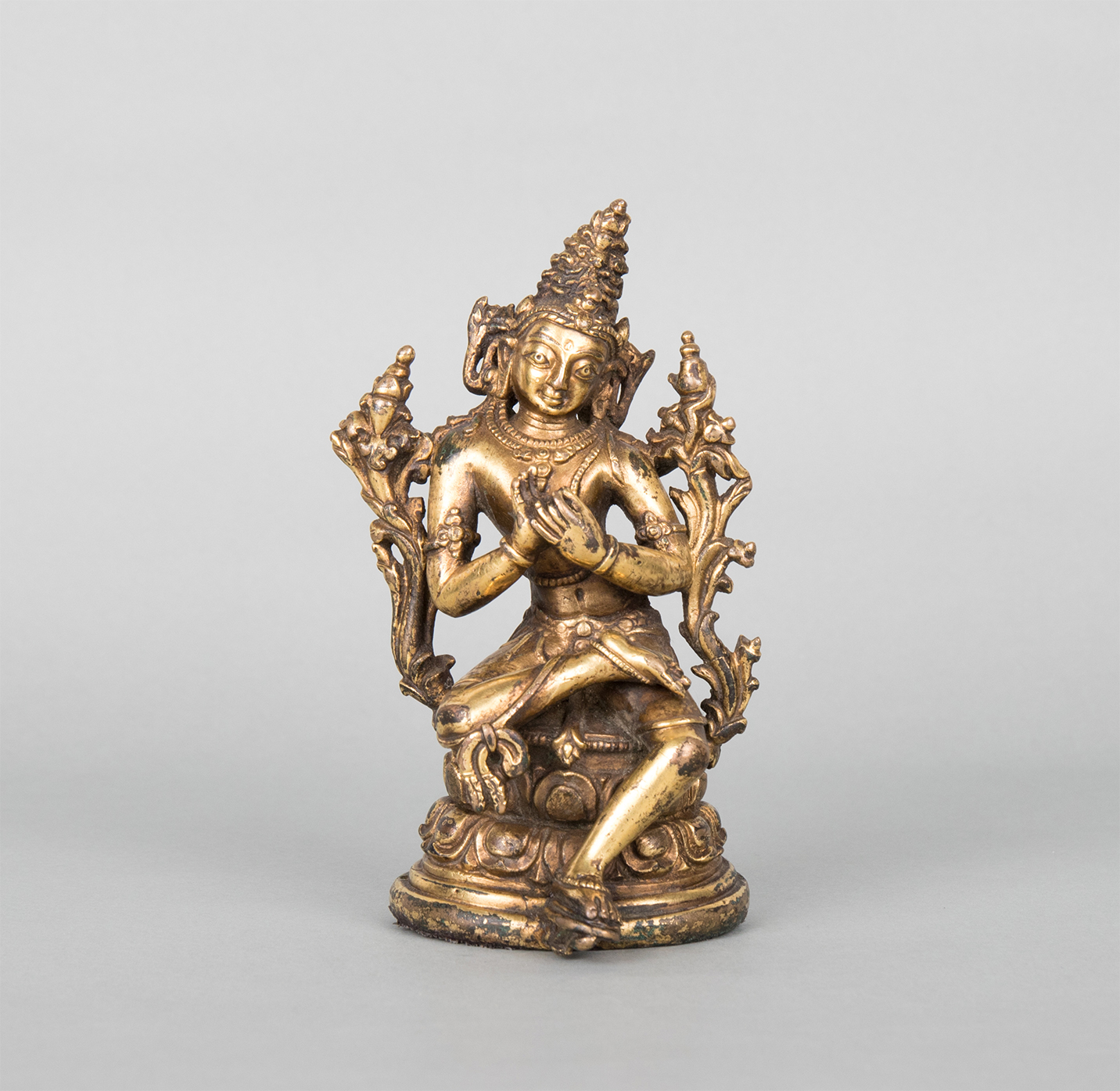 Maitreya, in the Buddhist tradition, is to appear on Earth, achieve complete enlightenment, and teach the pure dharma. According to scriptures, Maitreya will be a successor of the historic Sakyamuni Buddha. The prophecy of the arrival of Maitreya references a time when the Dharma will have been forgotten on Jambudvipa. It is found in the canonical literature of all Buddhist sects (Theravada, Mahayana, and Vajrayana) and is accepted by most Buddhists as a statement about an event that will take place when the Dharma will have been forgotten on Earth.

Maitreya is depicted seated on a double lotus base with left leg pendant and the right leg raised so that the ankle rests on the opposite knee, while his hands are raised in the gesture of furthering the Dharma. He is flanked by stems of flower, the flower rising above his left shoulder supports a kundika, or water pot, one of the deity’s key attributes. He wears a simple knee-length dhoti, and elaborate jewellery.