Active Blur spotlights works by two Nepalese artists of Tibetan descent that blur the line between the sacred and the mundane. Melding religious and secular images and philosophies to create vibrant pieces, brothers Tsherin Sherpa and Tulku Jamyang produce art from different vantage points: Sherpa identifies as ‘an ordinary artist’, having apprenticed from a young age under his father, Urgyen Dorje, a renowned thangka painter. Jamyang, on the other hand, is a tulku, the recognised reincarnation of a lama, or spiritual leader, whose works are inspired by his monastic background.

Jamyang’s works incorporate rice paper, incense and colour, and are the result of burning paper, a process that leaves no room for mistakes. His interest lies in the dichotomy of the process itself—the simultaneous constructive (or positive) element of creating a collage and the destructive (negative) action of burning holes in the rice paper—which ultimately results in a stunning work of art. Middle Path (Win-Win Situation) (2015) features small holes burnt into paper in the shape an elegant set of scales, with the head of a dragon on one end and a snow lion on the other. Through the holes, vibrant and seemingly random bursts of colour emerge; yet behind the incense-burnt sheet rests a painting with a mixture of Tibetan letters and Chinese characters, symbolising the potential harmony that would be brought to both China and Tibet through the adoption of the Middle Way Approach, a vision of reconciliation between China and Tibet favoured by the 14th Dalai Lama that proposes a democratic Tibet with sovereignty over domestic and non-political foreign affairs, with China retaining responsibility for Tibet’s foreign policy.

Sherpa also concentrates on the challenges presented by the Tibetan Diaspora. However, having trained as a classical painter, he incorporates vibrant colours and gold leaf, and focuses on the precisely formulated proportions of the figures he depicts, revealing a distinct stylistic connection to traditional thangka painting. Yet while thangka painting relies on formal, gridlike structures to dictate composition, Sherpa’s works examine life without such structures, where Tibetans and their protector spirits are forced to adapt to new surroundings. As Tibetans grow increasingly detached from their homeland, the artist’s Tibetan protector spirits adapt to new challenges. Float Like a Butterfly(2015) shows four such figures that have taken human form; behind them, a swirling vortex of distorted protector spirits struggles to find new form.

Active Blur coincides with the recent acquisition of Sherpa’s Muted Expression (2015) by the Queensland Art Gallery | Gallery of Modern Art, Brisbane, Australia, following the artist’s participation in the eighth Asia Pacific Triennial (APT8). Another work by Sherpa, Victory to the Spirit (Kyi Kyi so so Lha Gyal lo) (2015), will also soon be on permanent display in the Victoria & Albert Museum, and was inspired by the V&A’s extensive Himalayan collection.

In conjunction with the exhibition, Rossi & Rossi have produced an outstanding giclée print of Tsherin Sherpa’s monumental work All Things Considered (2014) in partnership with Iniva (Institute of International Visual Arts). Iniva is an institution that explores the politics of race and global identities through the contemporary visual arts, working across media with artists, curators, creative producers, writers and the public. Iniva supports artists and their practice, creates platforms for debate at the intersection of society and politics and encourages access to and awareness of, transnational art practices and art histories. Iniva has been producing limited edition prints since 2005 and proceeds from the sale of Sherpa’s print will directly support Iniva’s programme of exhibitions, events and publications. 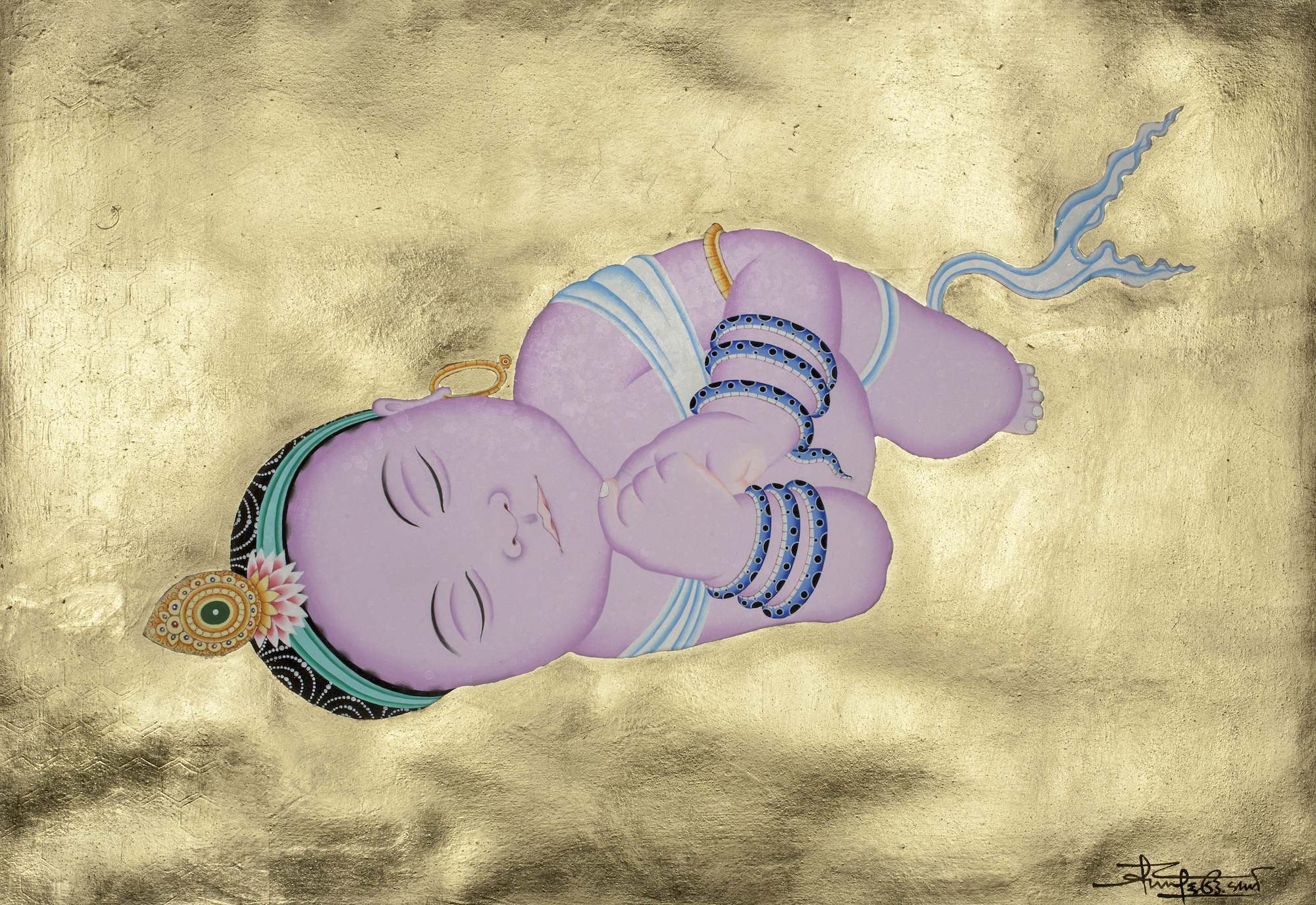 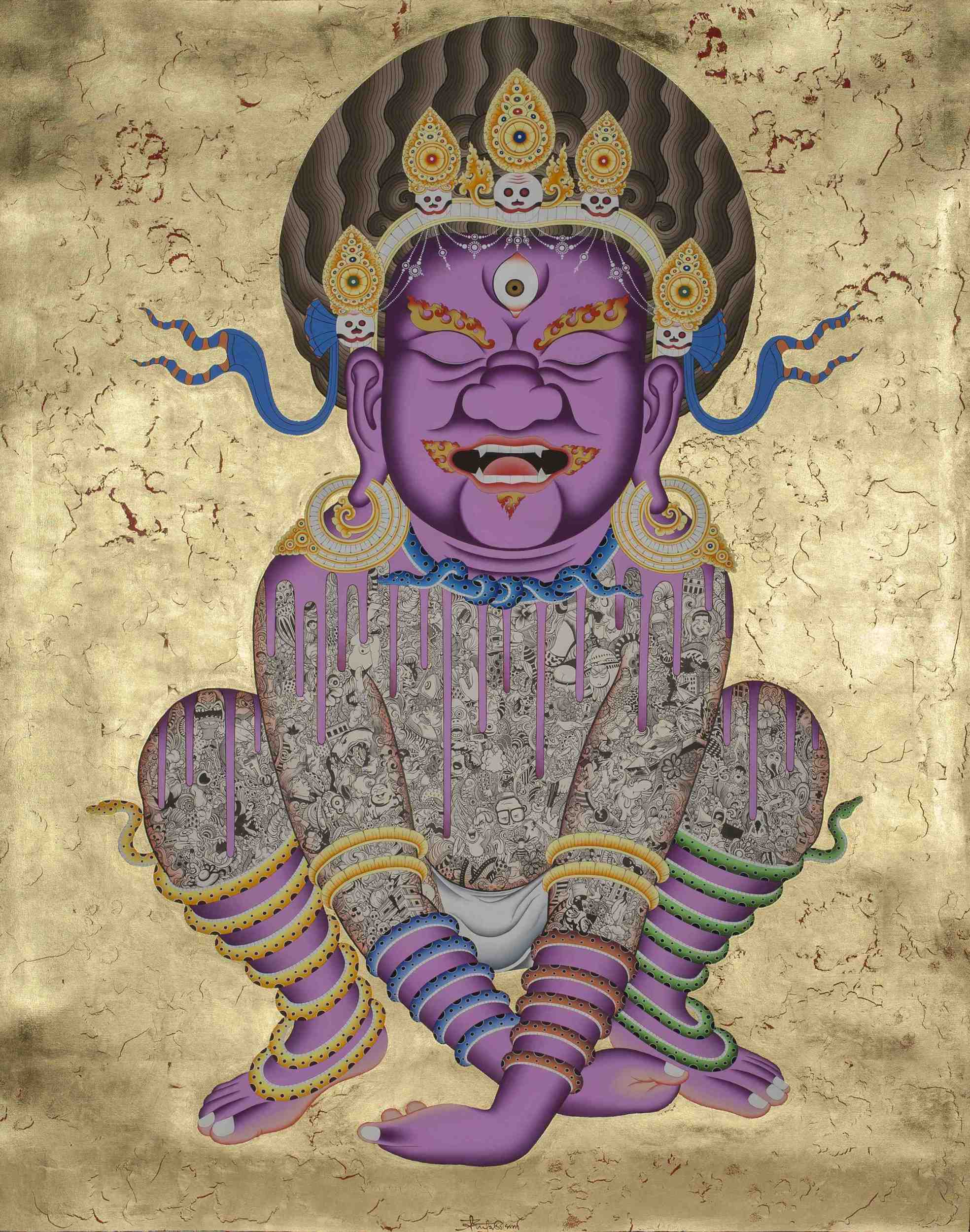 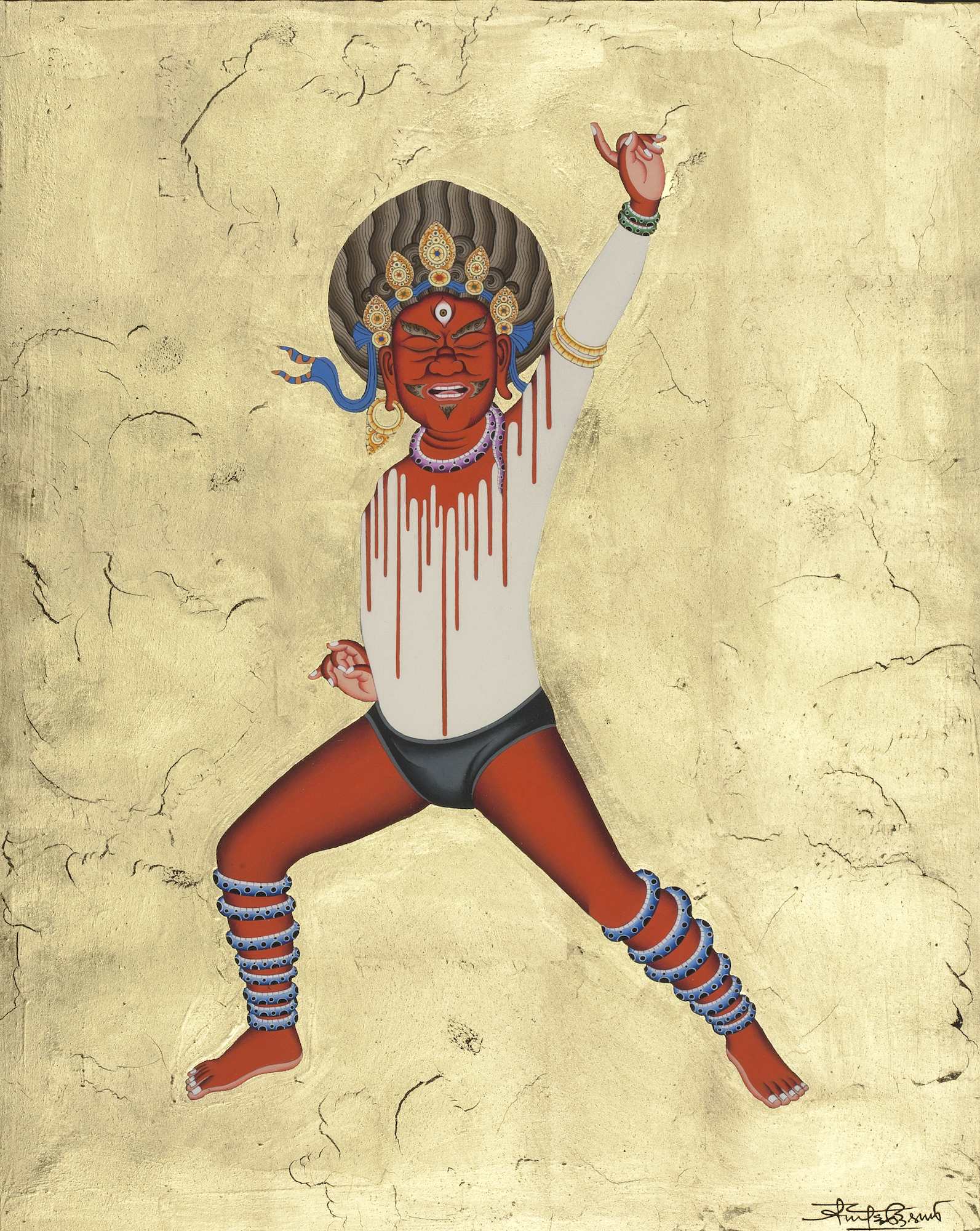 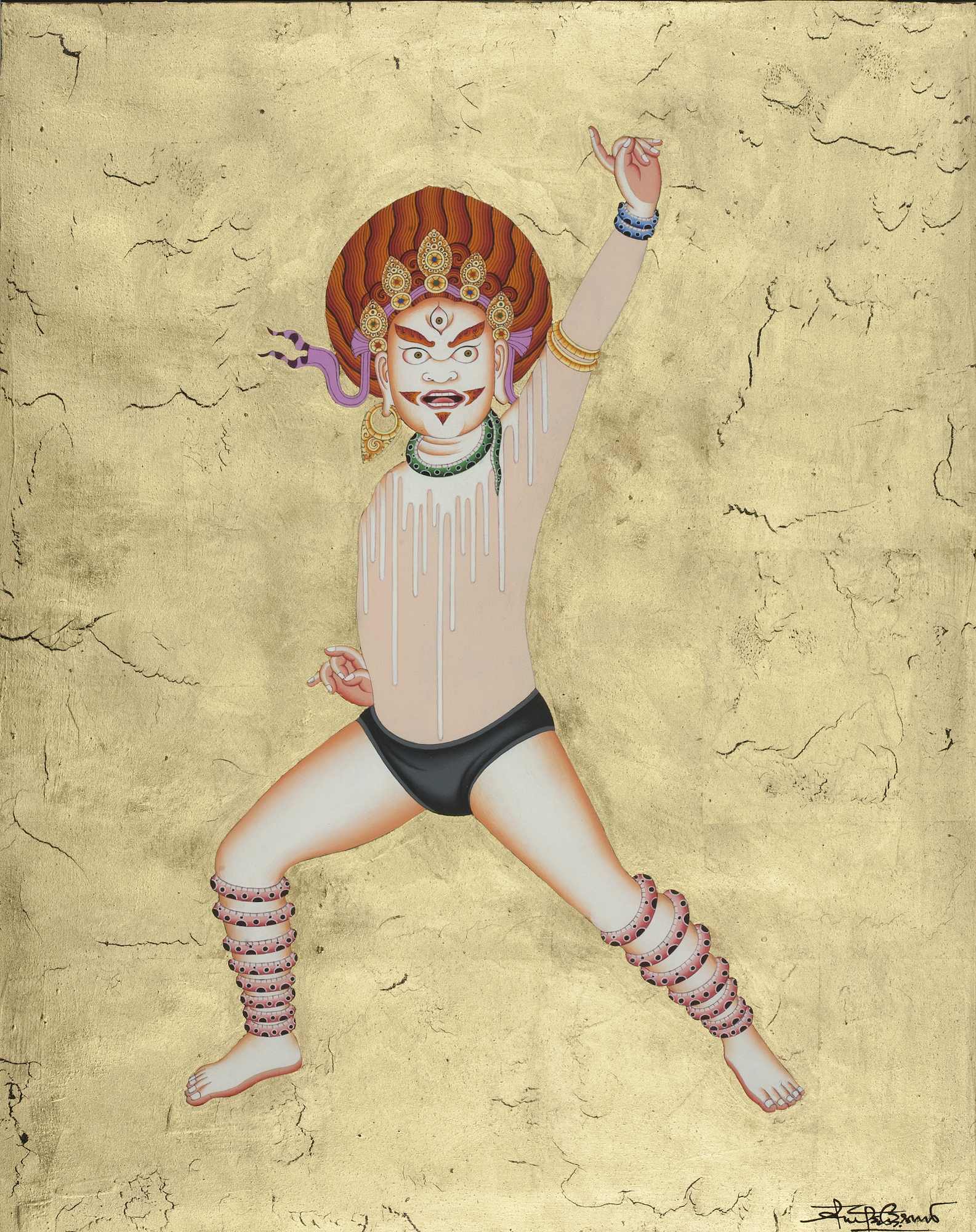 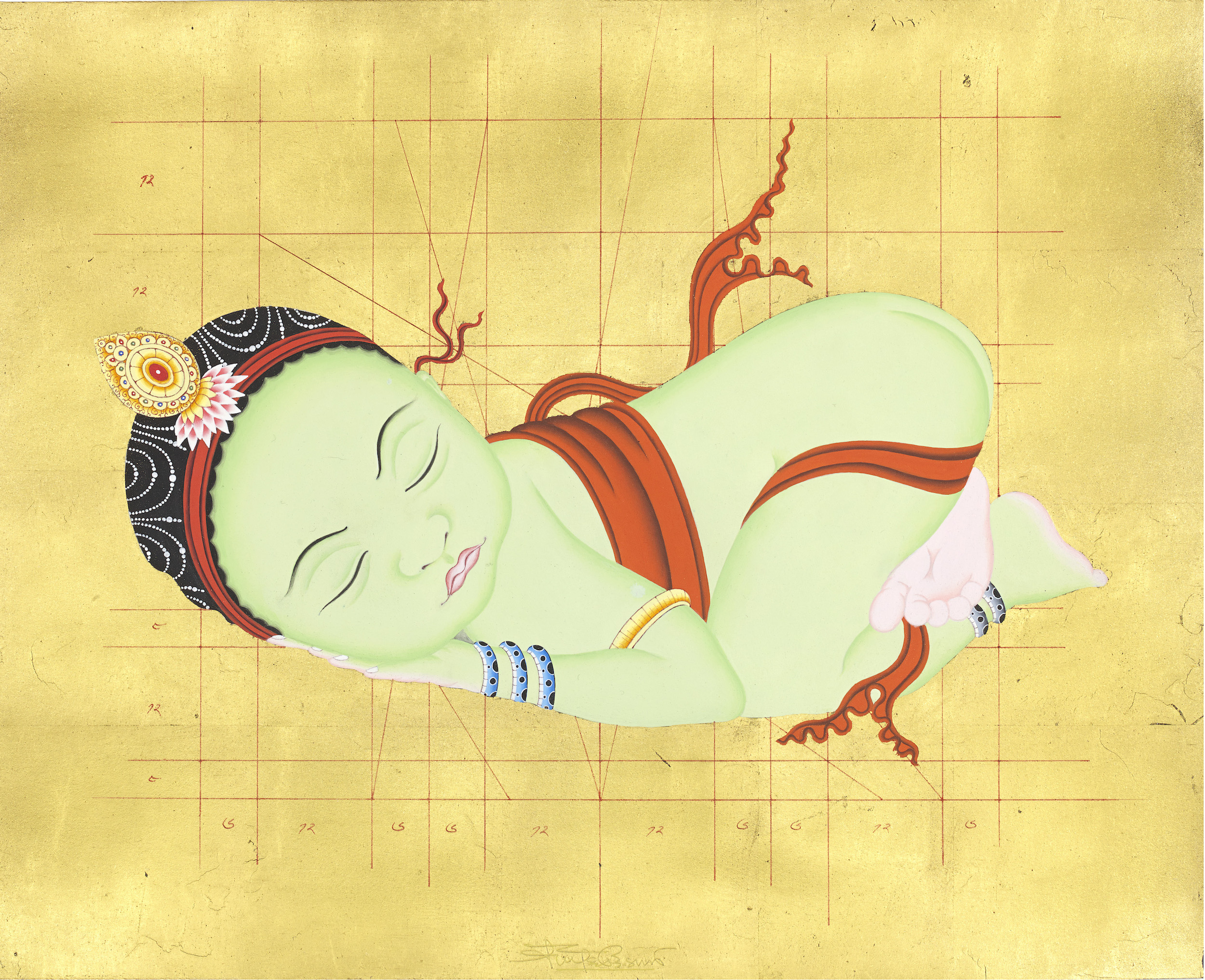 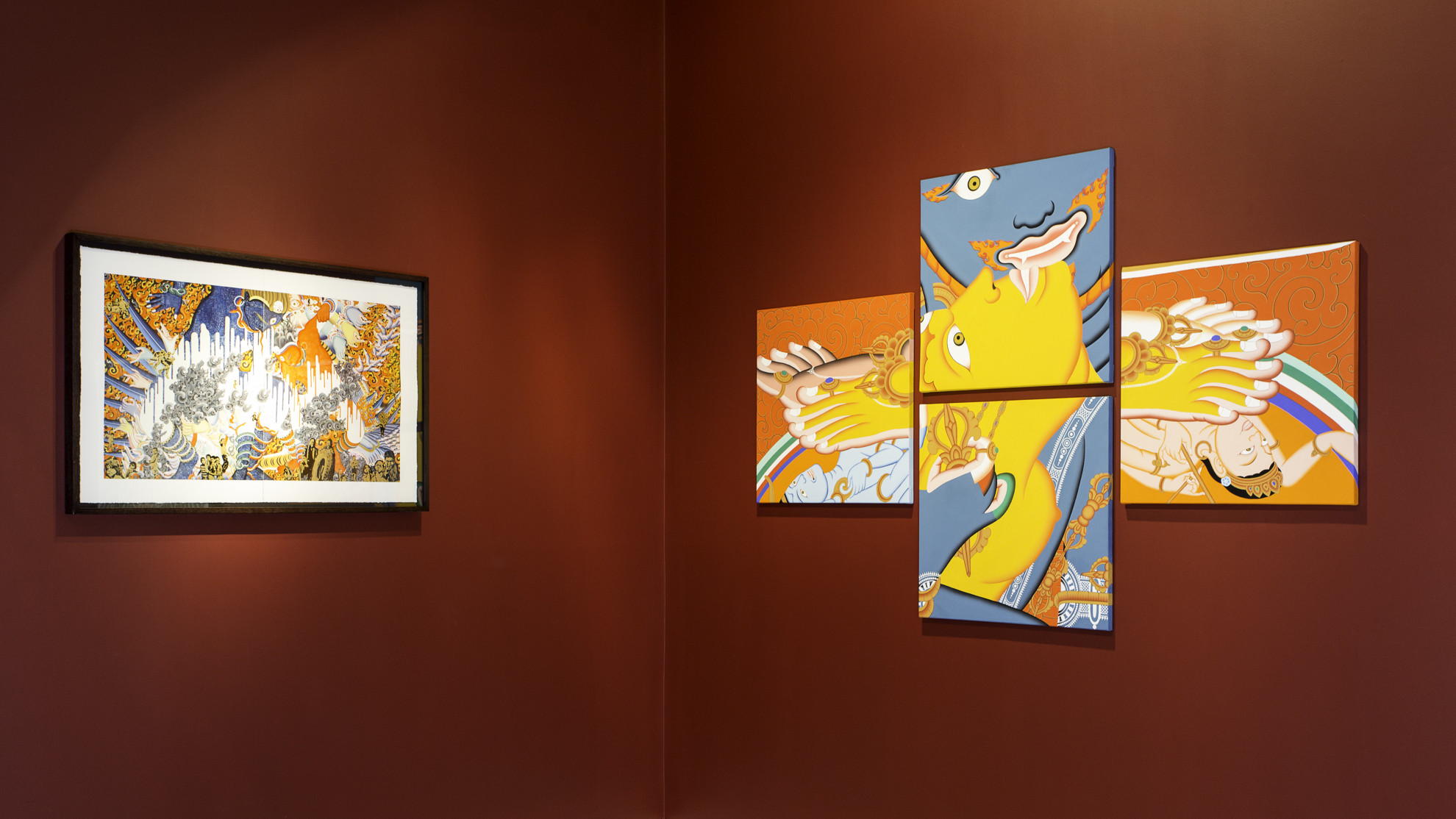 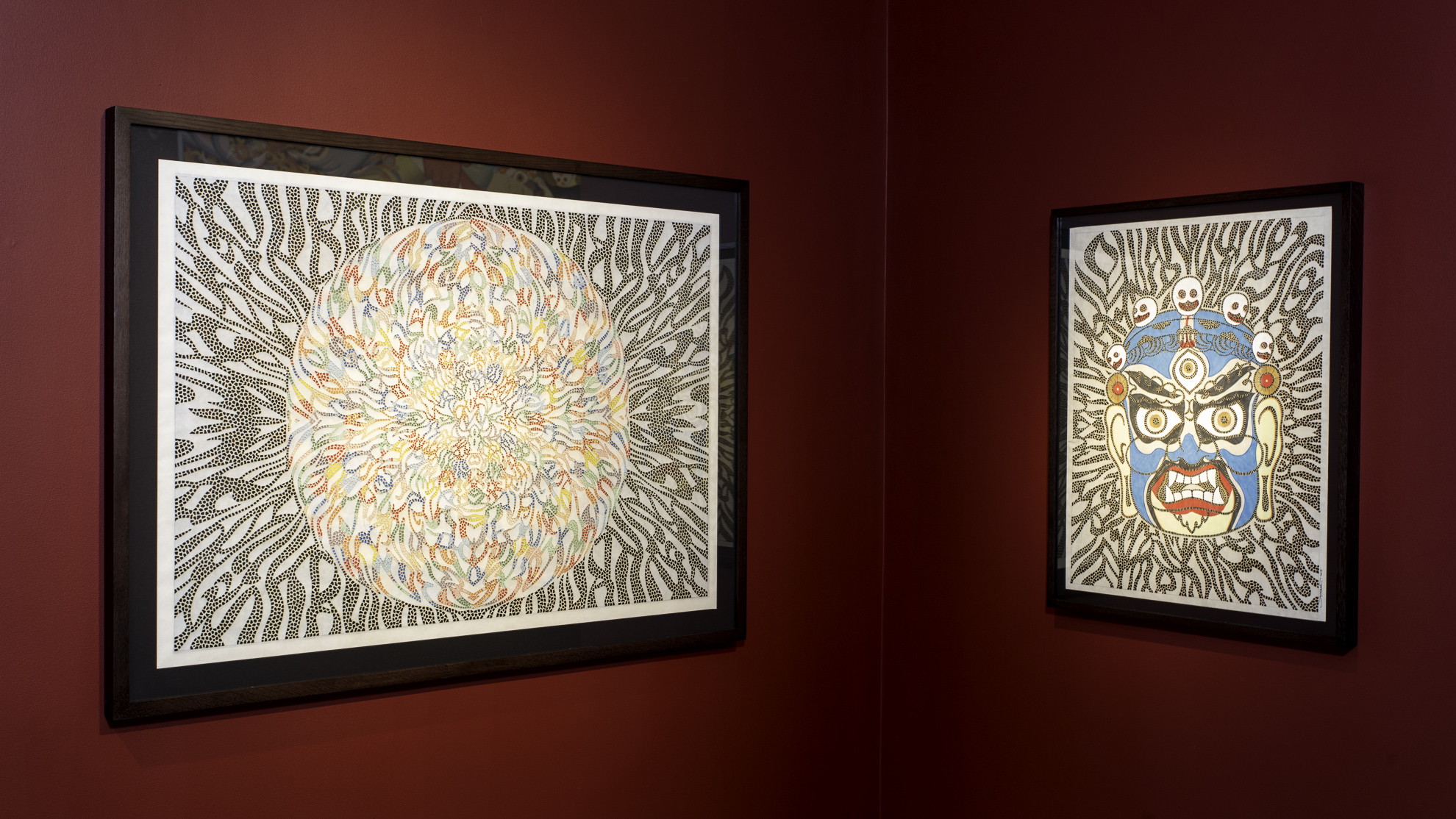 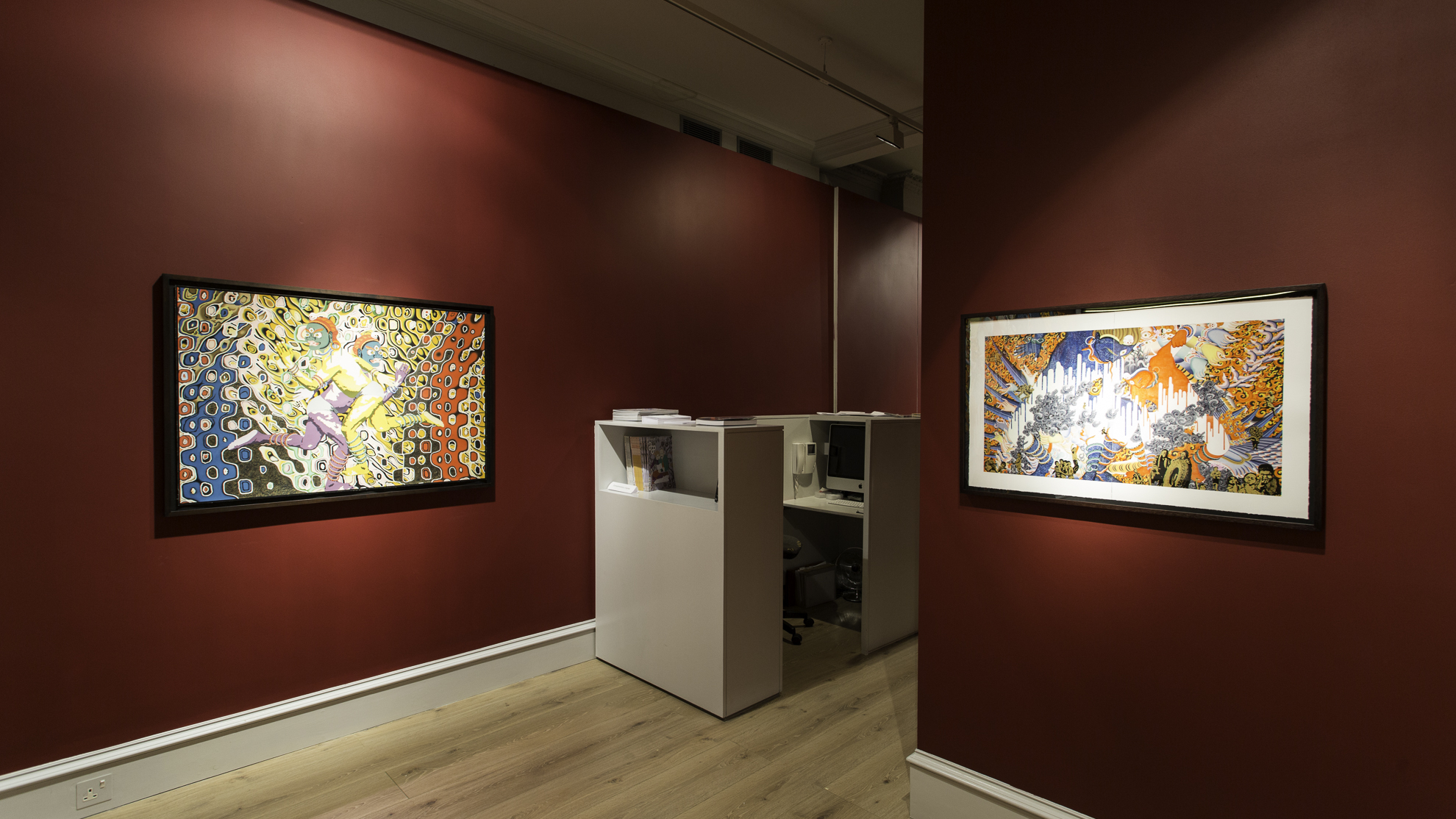 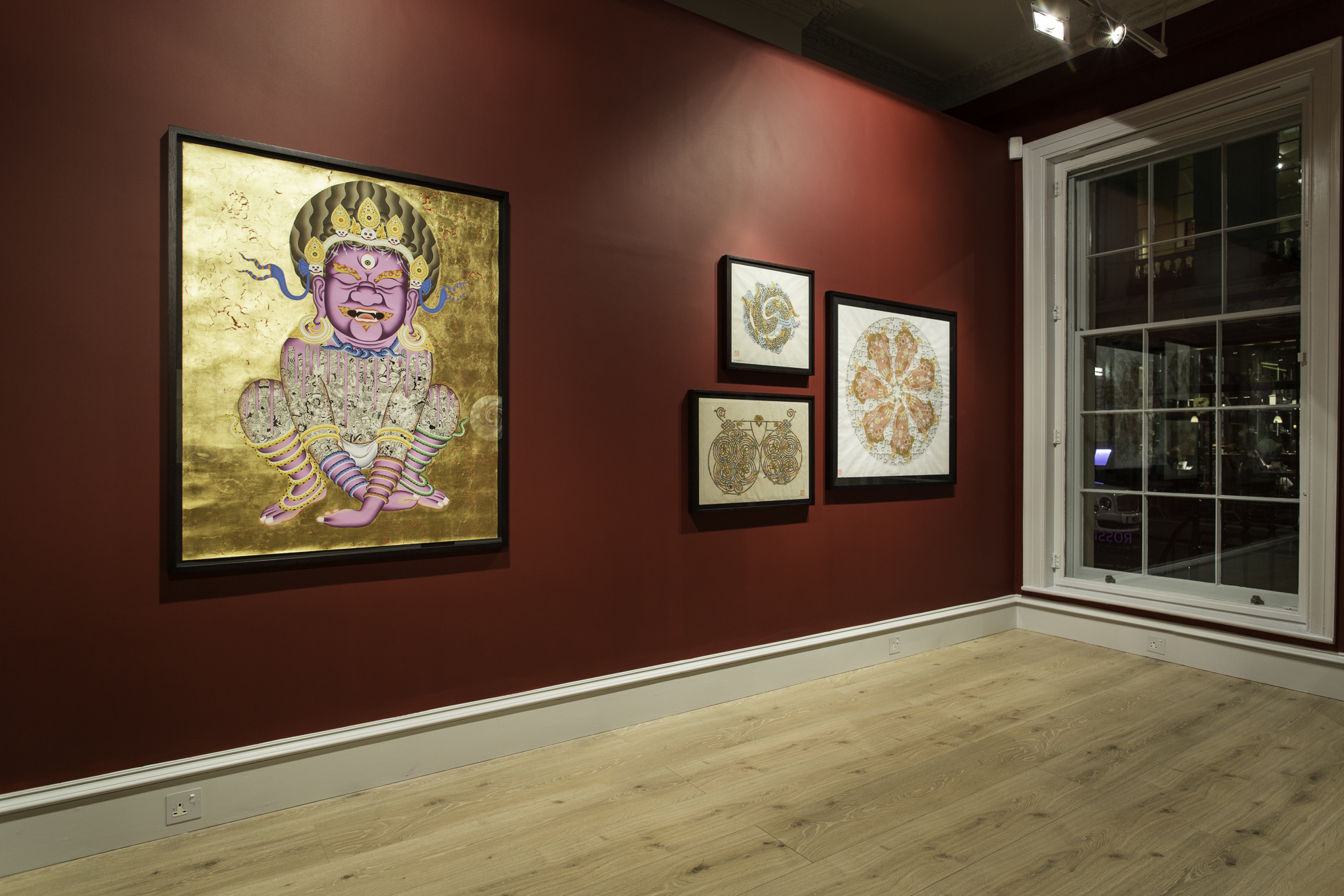 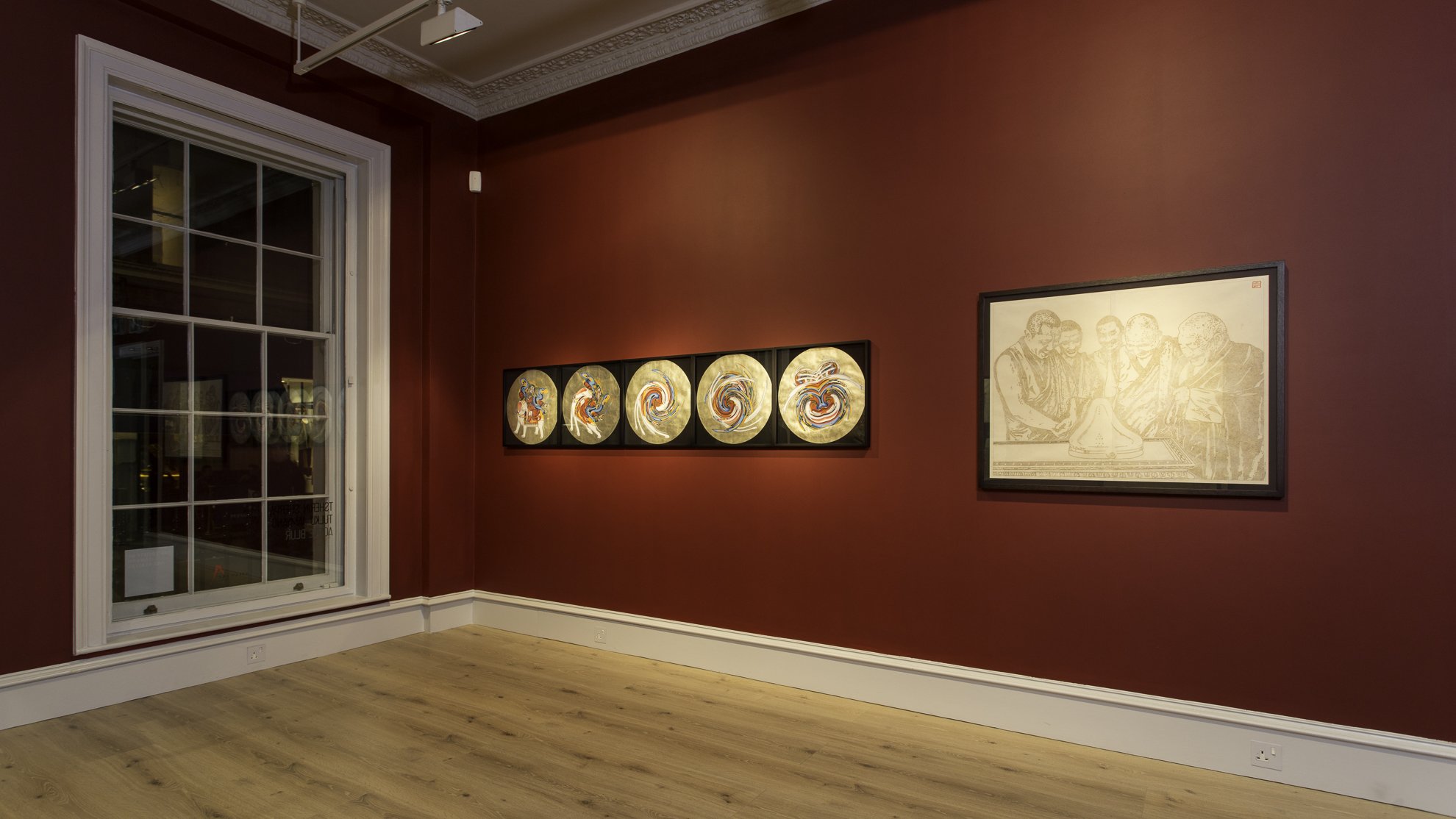 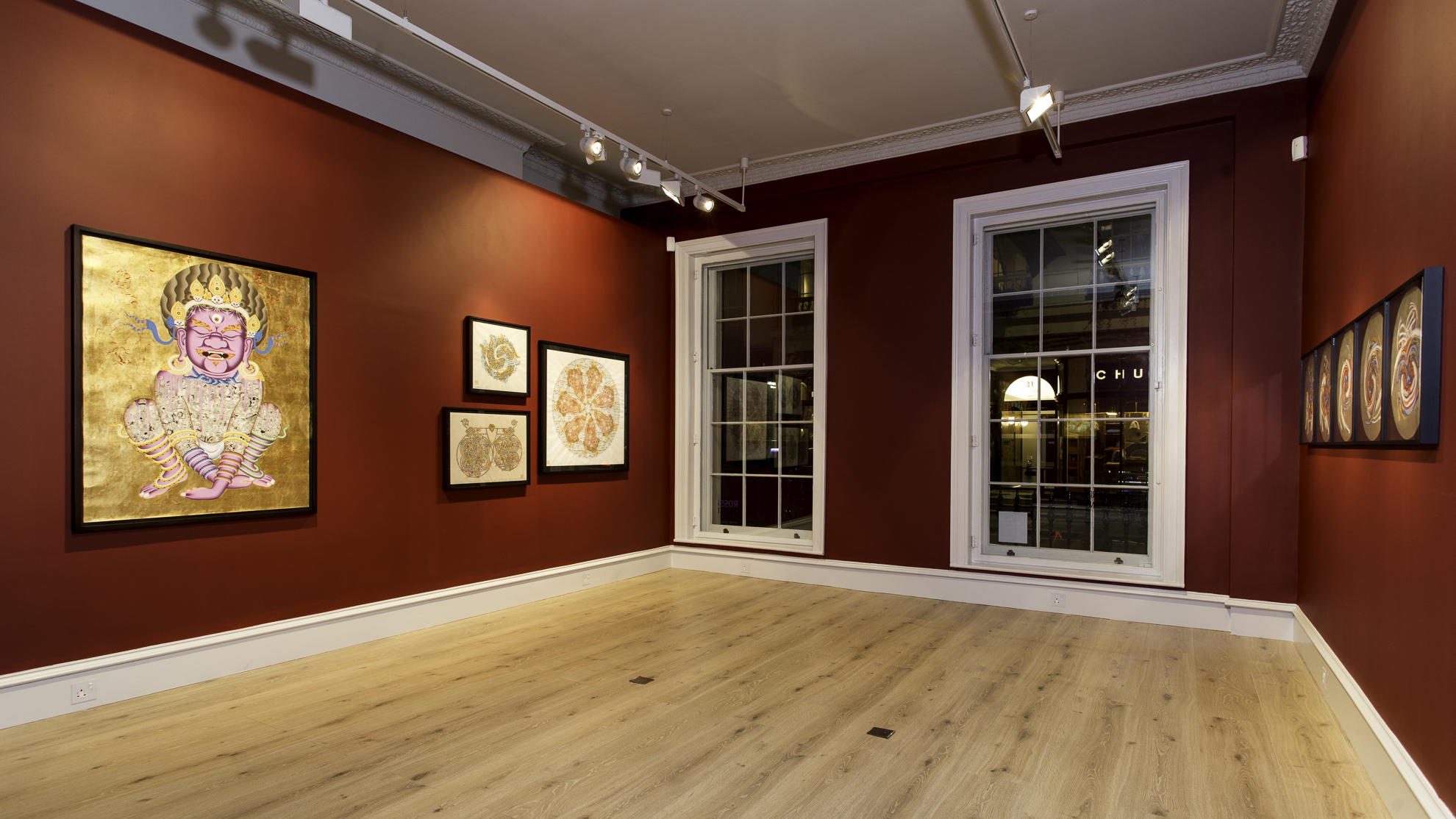 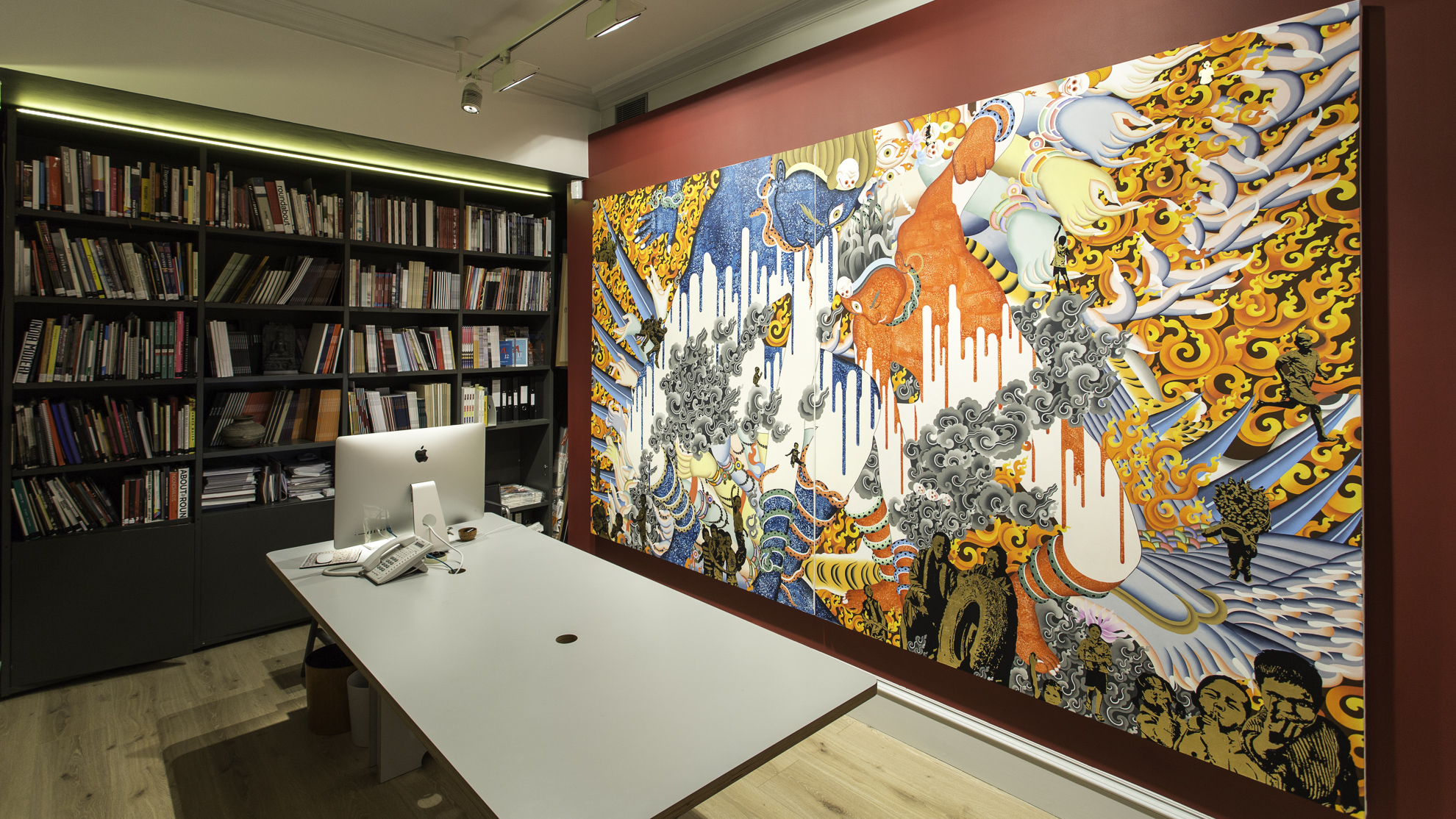