A stunning array of new paintings, sculptures and installations by Tibetan-Nepalese artist Tsherin Sherpa will be presented in the solo exhibition Beautiful Decay at Rossi & Rossi Hong Kong this fall. Inspired by the 2015 earthquake in Nepal and its aftermath, the artist’s powerful fresh works navigate the dichotomy between the classical and the contemporary, the spiritual and the mundane, by reinterpreting traditional Tibetan, Nepalese and Buddhist iconography.

Sherpa’s bold commentary on cross-cultural experiences – a delicate negotiation between integration and preservation, stimulated by a collision of ideologies and values – places him at the forefront of the international contemporary art scene. He has been aware that globalisation and capitalisation affect both art and culture since an early age, when he saw first-hand the homogenisation of traditional Tibetan thangka painting: over the years, as the art form became increasingly popular, thangkas started to be mass-produced, and their unique and regional elements thus lost. The artist also occasionally touches on pop culture references, such as in Tara Gaga (2016), a Botticelli-esque painting of the bodhisattva Tara with the feel of a pop star, in which he emphasises the importance of open interpretation as part of the multiplicity of the viewer experience with his work.

The series UFO (Unidentified Fettering Organisation) Nos. 1–3 (2016) especially demonstrates the impact of the Nepalese earthquake on the artist. These striking paintings feature whirlwinds of human bodies, animals, clouds and spirits at the centre of the picture plane; emerging from this mass are architectural structures with distinct Himalayan features, such as rows of petal-like decorations and high-pitched roofs with distinct, outward-turning eaves. Superimposed on the image are what appear to be architectural blueprints, executed in delicate gold lines. The architectural forms represent a stylistic departure for Sherpa, the result of having personally witnessed the destruction caused by the 2015 earthquake, as well as the subsequent reconstruction effort. Ever interested in the ability of people to adapt to their environments, the artist was deeply moved by the strength of the Nepalese and their ability to maintain positivity in the face of adversity; it is this strength – the beauty amidst the decay – that informs Sherpa’s thoughtful new body of work.

Beautiful Decay will be accompanied by a fully illustrated catalogue with an essay by HG Masters, editor at large ofArtAsiaPacific magazine. 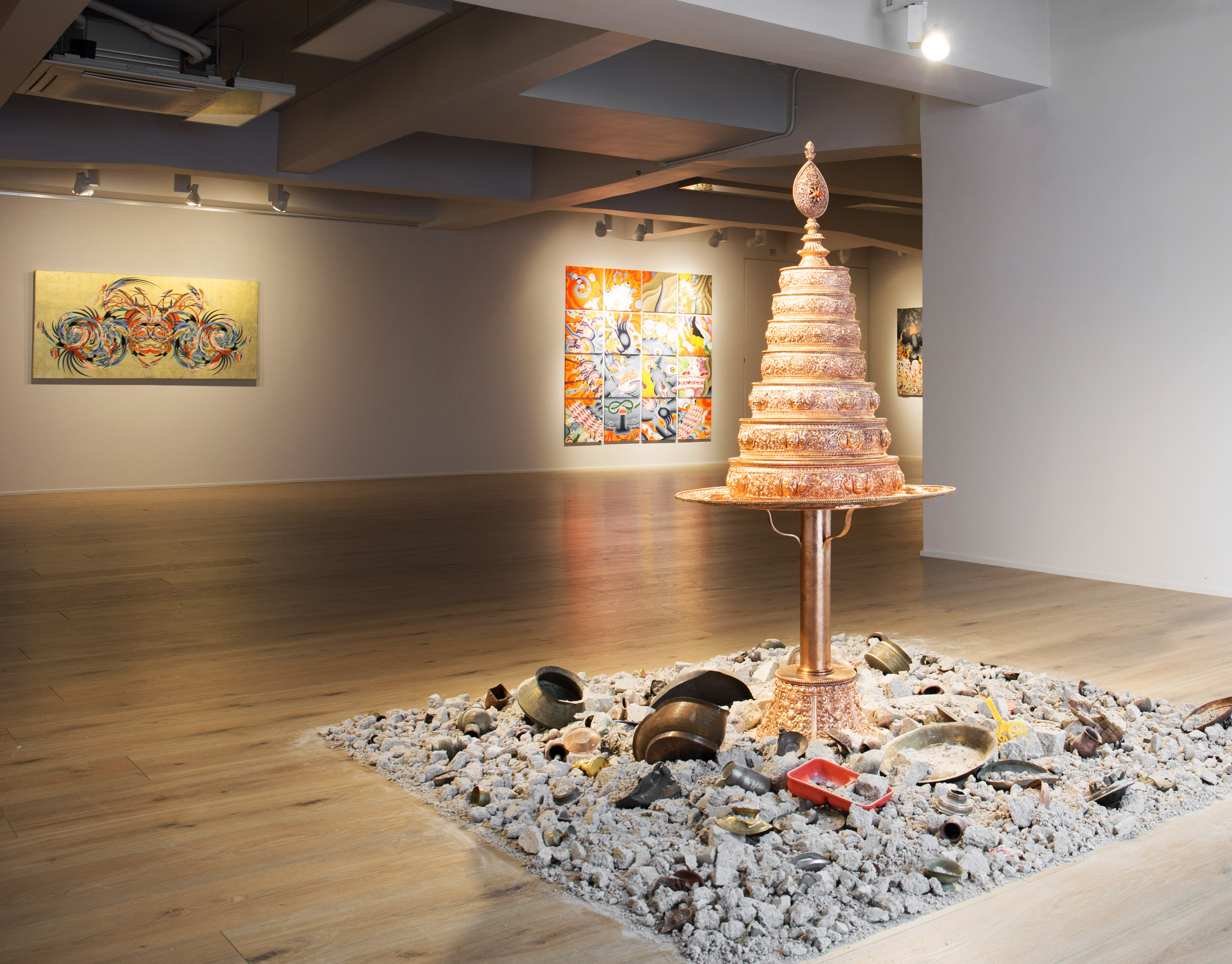 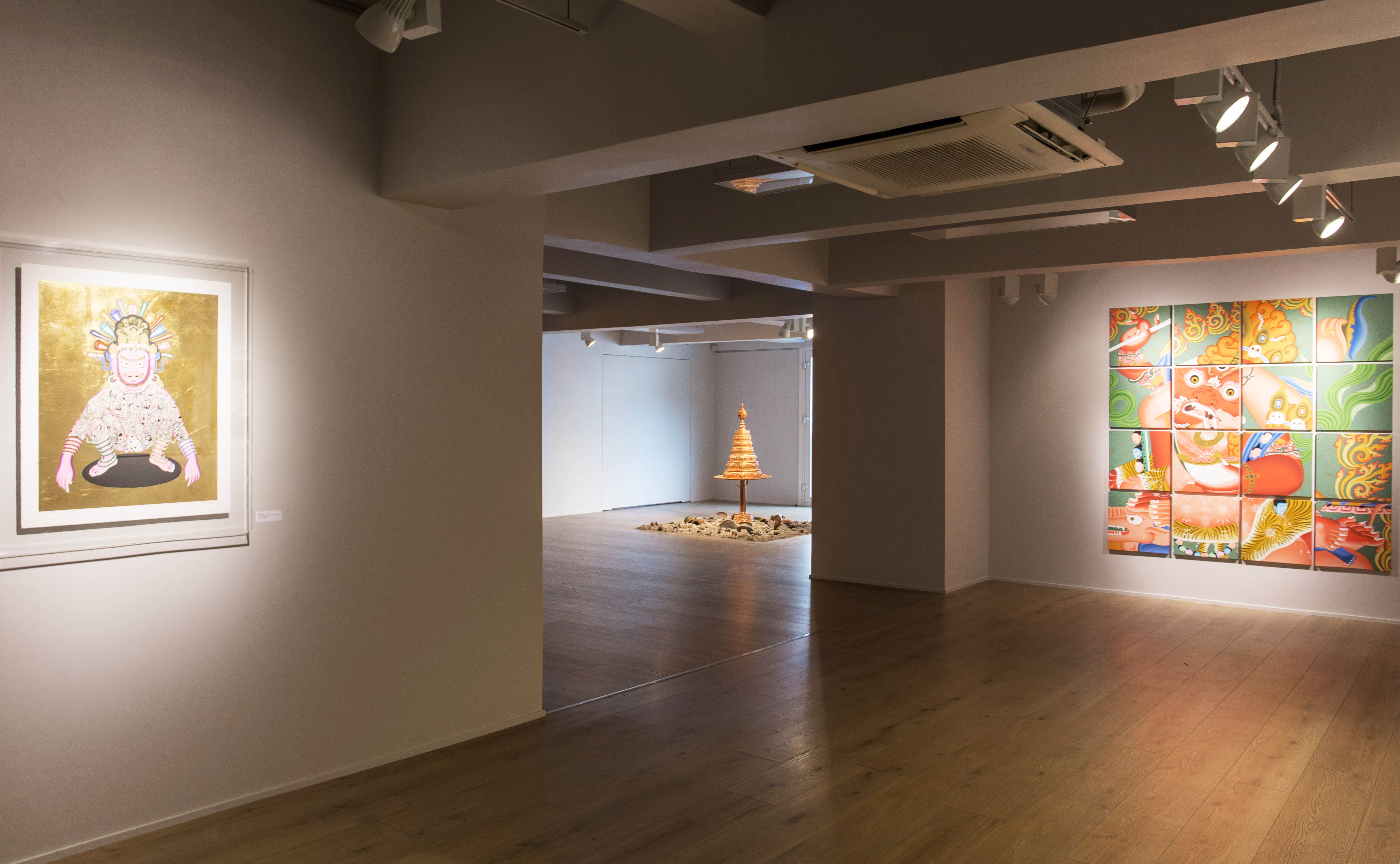 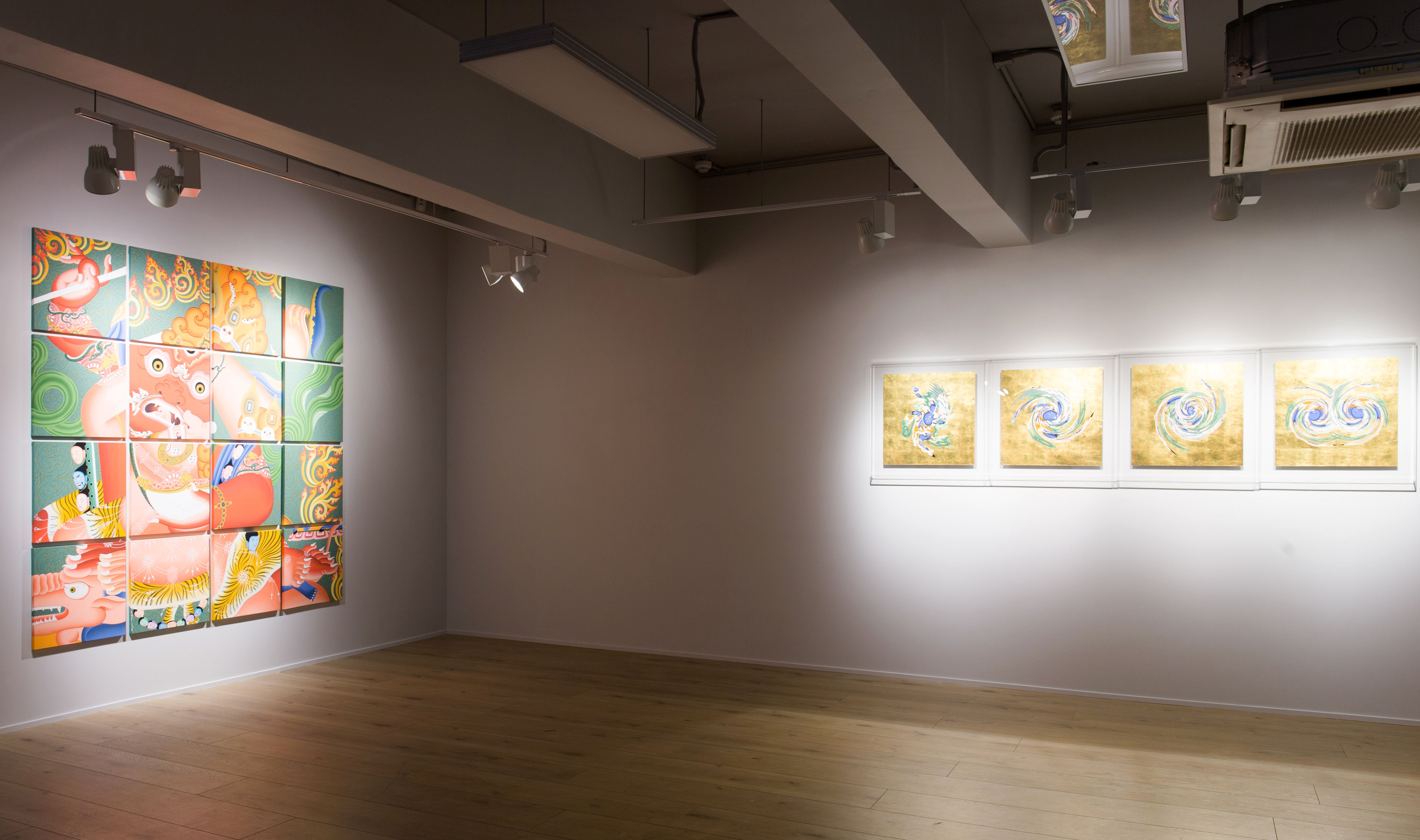 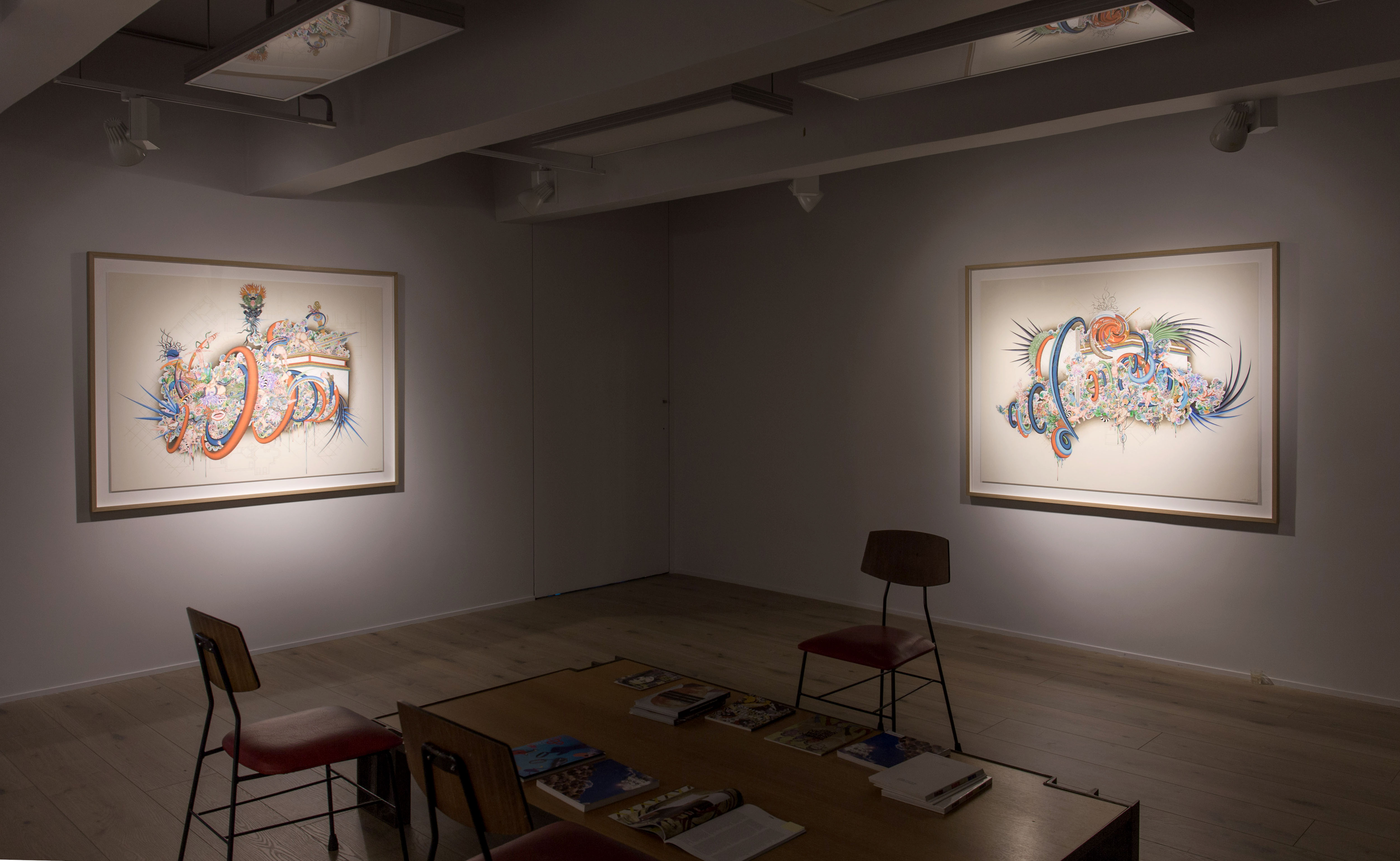