Showcasing works by seven of Hong Kong’s up-and-coming artists, Big Wind Blows centres on the frustration, anxiety and uncertainty that the city’s young art practitioners face today. The title of the exhibition is inspired by the eponymous children’s game in which one player, the ‘ghost’, establishes a rule that the other players must follow. Those who do not follow it are eliminated, or ‘blown away by the big wind’. Similarly, these artists are navigating the trends, or ‘rules’, set by today’s art world, the main source of their uneasiness. Yet they chose not to blindly follow them, risking instead to be swept away by the ‘big wind’.

Dissatisfied with the stark contrast between the intricate presentation and the total black-boxing of internal mechanisms in many mixed-media artworks today, Wong Chun Hoi (b. 1990) takes a satirical look at self-inflicted complications in order to make simple thingsunapproachable. Hardworking Circuit (2015) is made up of an excessive network of cables built with relay switches. The convoluted circuit system resembles a Rube Goldberg machine, an early-20th-century invention that was intentionally designed to undertake simple actions, such as turning on an LED light, in an overly complex way. Wong takes the futility of such attempts one step further with Extremely Useful System #0 – Hanger (2016). The work’s sarcastic title points to an intricate electrical system constructed of a sensor, stepper motor and straightened hangers, topped with gloves. As viewers walk past the installation, the sensor picks up the movement, triggering the hangers to dance like an armless body. The work is intended to make full use of electronics to achieve both zero functionality and the least possible economic return.

Halley Cheng (b. 1986) explores the fragility of the human condition and the inconvenient, often unvalidated existence of the marginalised and the minority communities of Hong Kong. In his triptych Pageant (2020), Cheng depicts lavishly dressed Filipina housekeepers taking part in a beauty pageant. The poignant and anomalous juxtaposition of fantasy and reality in the spectacle is familiar to all who dream of a different existence. The artist also blends prepaid SIM cards into the work, a nod to a modern necessity known to almost every domestic worker who arrives in the city. The cards later turn into a repository of memories, secrets and treasured encounters that mark a worker’s days of unsettled status. Exhibited alongside Pageant is a series of small paintings titled Kapok (2020), named after the blood-red flowers in the tropics often found on the pavement – fallen, splattered and trodden upon. The artist incorporates details of the petals, bacteria-like organisms and disposable gloves onto the painting’s metallic surface, distorting both the subject matter and the reflections of viewers as they step closer to the work.

Also investigating the urban environ is Man Meito (b. 1990), who has continuously dealt with issues surrounding ‘the body’ and ‘the city’ through understanding how the body interfaces with its surrounding environment. Being patient again (2019) consists of mud balls, which the artist collected from different areas of Hong Kong, completely dried out and arranged in an orderly manner on a metal plate. Accompanying the display is a soundscape he recorded when he rehydrated them. (As the water filled up the pores, it produced tones similar to the ambient sounds of a forest.) The installation asks the audience to listen closely to the land and the sounds that are produced by a given terroir.

In the mixed-media works of Wind Yeung (b. 1994), Does Fortune Exist? (2015) and Beaver’s Family (2016), the artist seeks to reconstruct her ‘perfect family days’ before the 1997 Asian Financial Crisis. Fascinated by the recollections embalmed in family albums, Yeung provides viewers with a means to relive a past she was too little to remember, but that her parents constantly, nostalgically recount. In Does Fortune Exist? she re-enacts a birthday scene from an old family photo, complete with specially crafted models depicting herself travelling in and out of the scene as a ghostly presence. Beaver’s Family, on the other hand, portrays her family’s toy shop before it was shut down due to rising rent. Named after the toy that was once the centrepiece in the shop’s window display, Beaver’s Family mirrors the ideal family in a fairy-tale-like world that the artist’s childhood evokes.

Also looking inwardly towards her own history is Sharu Sikdar (b. 1994). In her latest works, Growing Myself (2019–20) and Plant Myself for Better or Worse (2020), the artist utilises elements found in nature – branches, bark and leaves – in combination with those of her own, which in this case include her hair. Deriving inspiration from how a tree’s rings document its wellness, Growing Myself offers a six-month daily record of the artist’s mental health in the form of tree rings, sewn together with strands of her own hair. Plant Myself for Better or Worse takes the idea a step further to confront the artist’s doubts, anxieties and fears. In it, Sikdar sewed her hair by hand onto a fabric structure made to look like lucky bamboo, a common element in Chinese feng shui, to symbolise growth, luck and strength.

The geometry in Sikadr’s work finds its parallel in Serried (2018) by Victor Chu (b. 1989). Known for his minimal palette and graphic precision, Chu experiments with the rudimental elements in design and drawing, such as lines, grids and circles, to construct the shapes of memory un-figuratively. Since memory and time do not possess any tangible shape, Chu starts his works with irregular, unrestrained line arrangements that slowly evolve into various organically structured imagery with almost scientific simplicity. ‘Lines may not only be read as lines’, he notes, ‘but can also be interpreted as a sentence, script or dialogue’.

Being on a series of residencies since 2011, Jolene Mok (b. 1984) delves into video, film and photography as her major creative mediums. Her video work Happiness Hill (2016) concludes the exhibition with a fabricated landscape born from the copious amount of extra footage that she produced in 2015 amongst other projects as part of her residency at Fukuoka Asian Art Museum in Japan. In the video, viewers are greeted with the image of a serene hillside garden that is seamlessly put together. ‘What we see here is a fabricated landscape’, says Mok. ‘This video concludes the act of returning to the same spot with a camera and a tripod on weekdays for four consecutive weeks in the autumn’.

Big Wind Blows is part of an ongoing summer programming series that Rossi & Rossi has been presenting since 2017. The exhibitions are designed to encourage young local artists to experiment with their craft and express themselves in innovative ways. 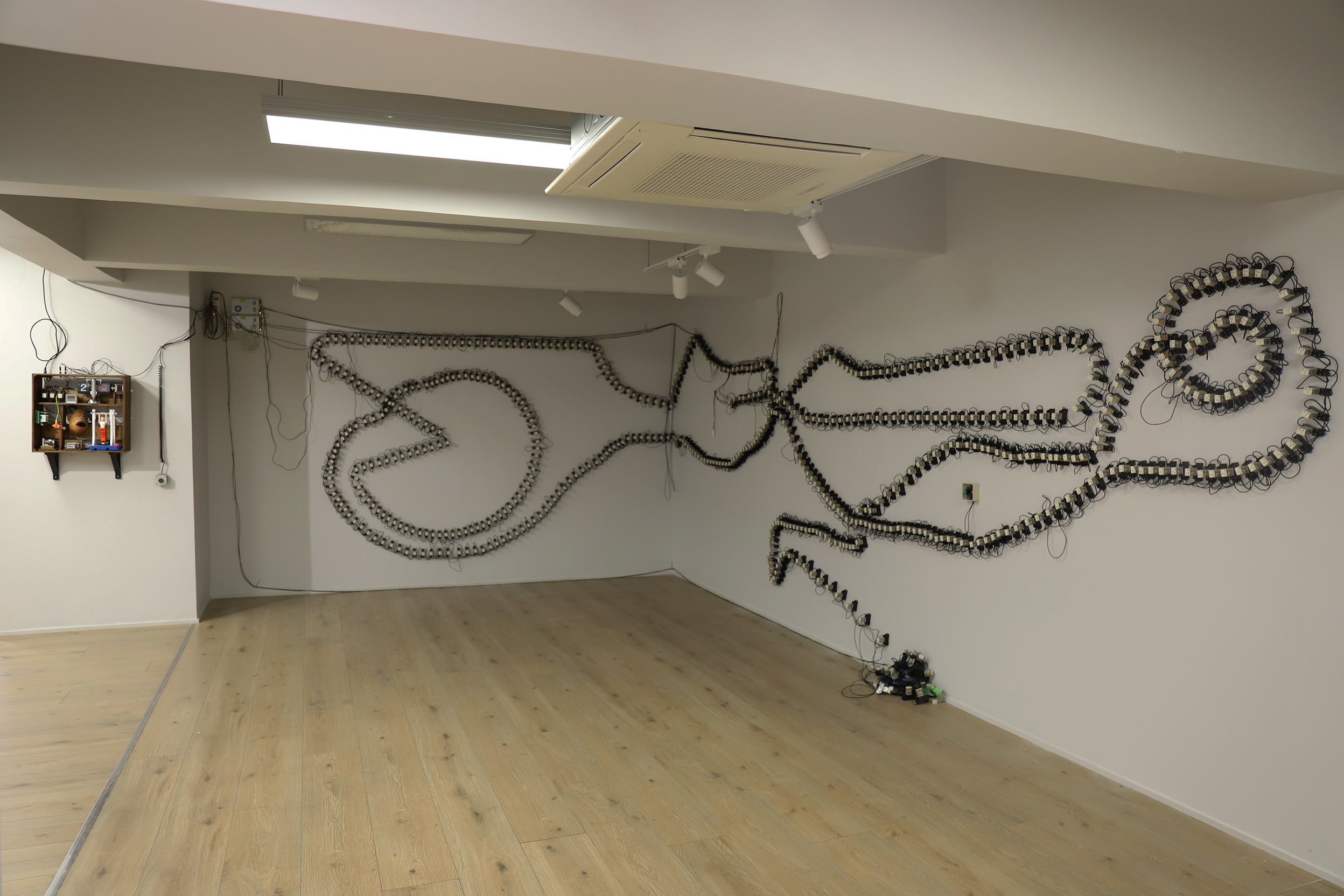 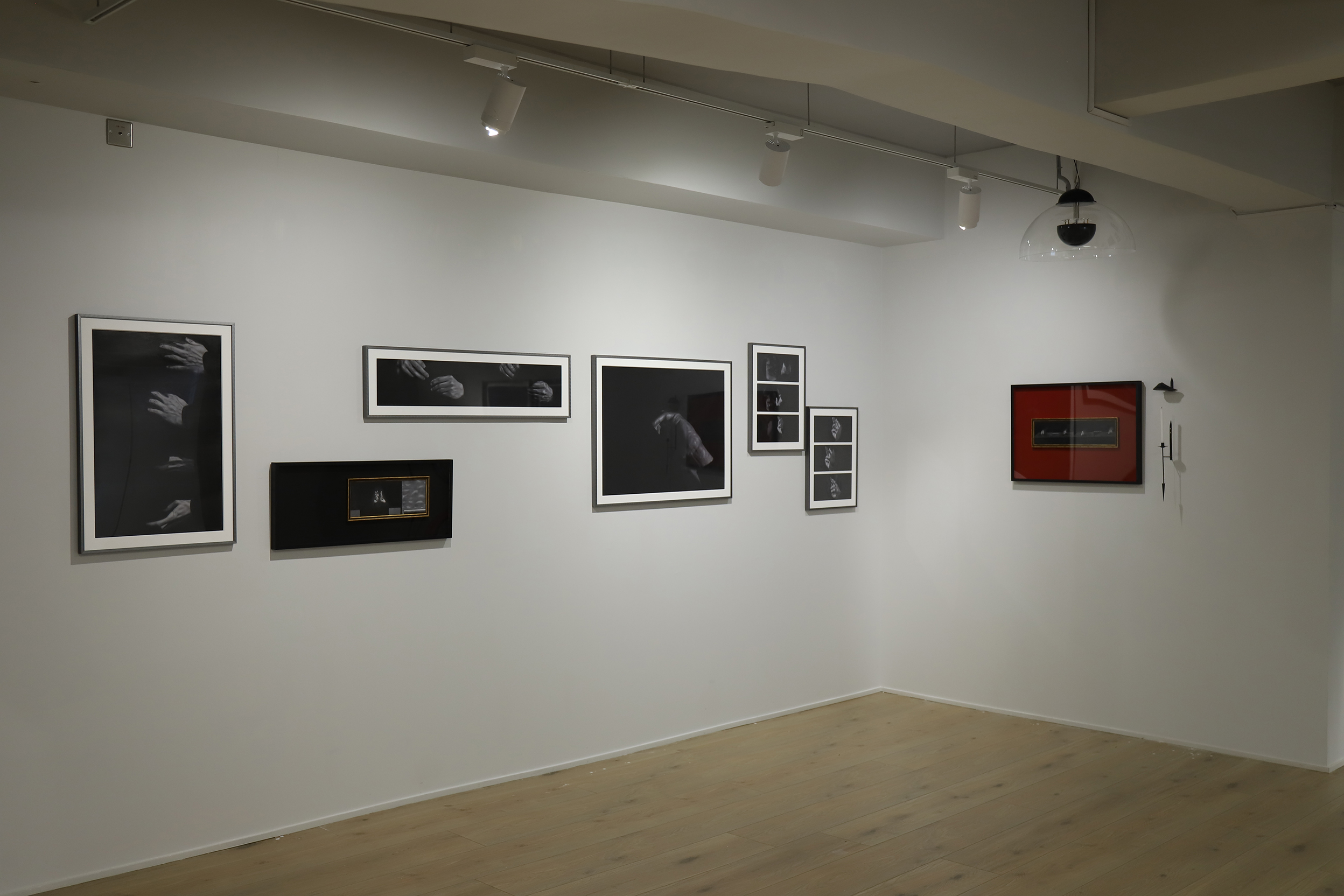 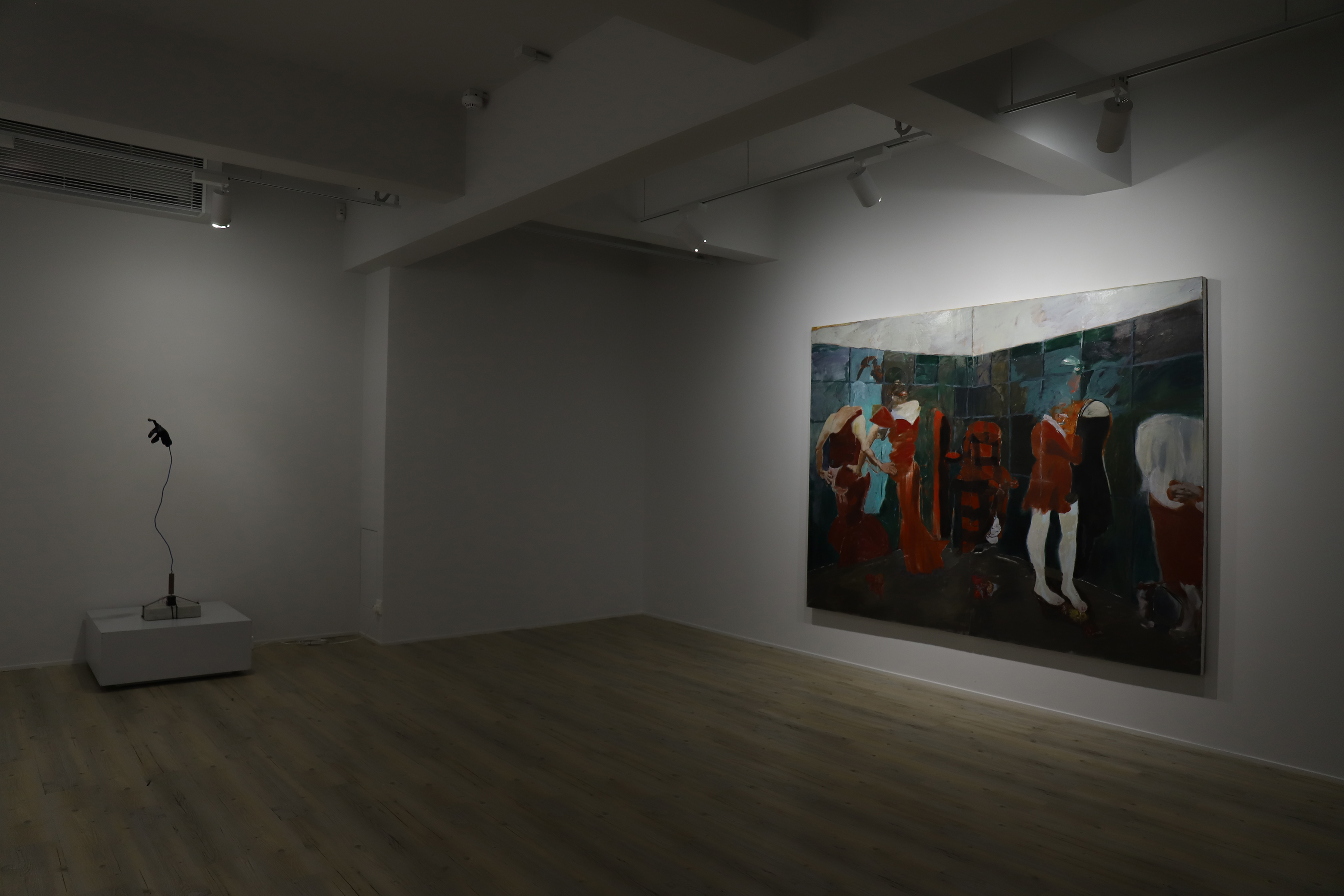 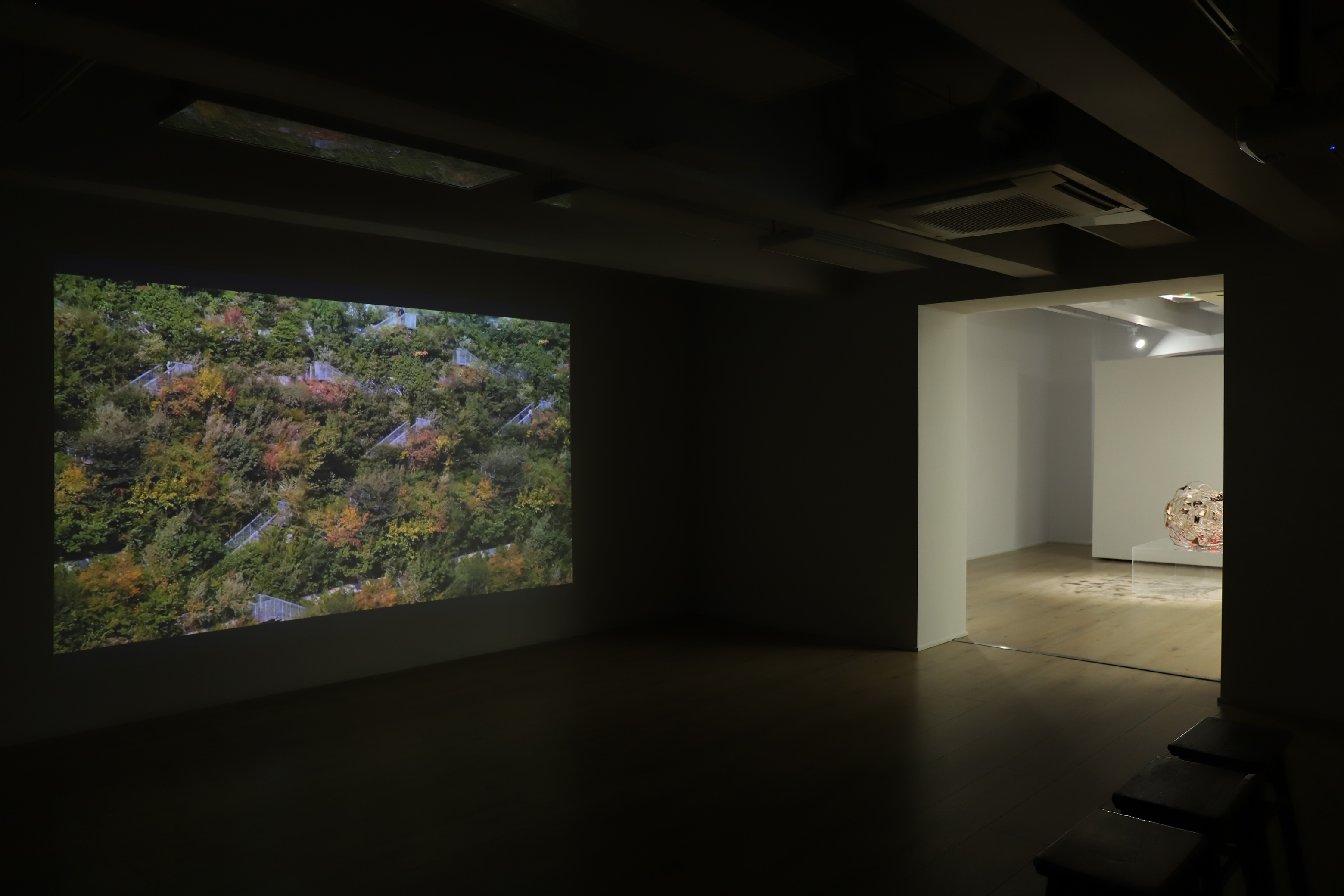 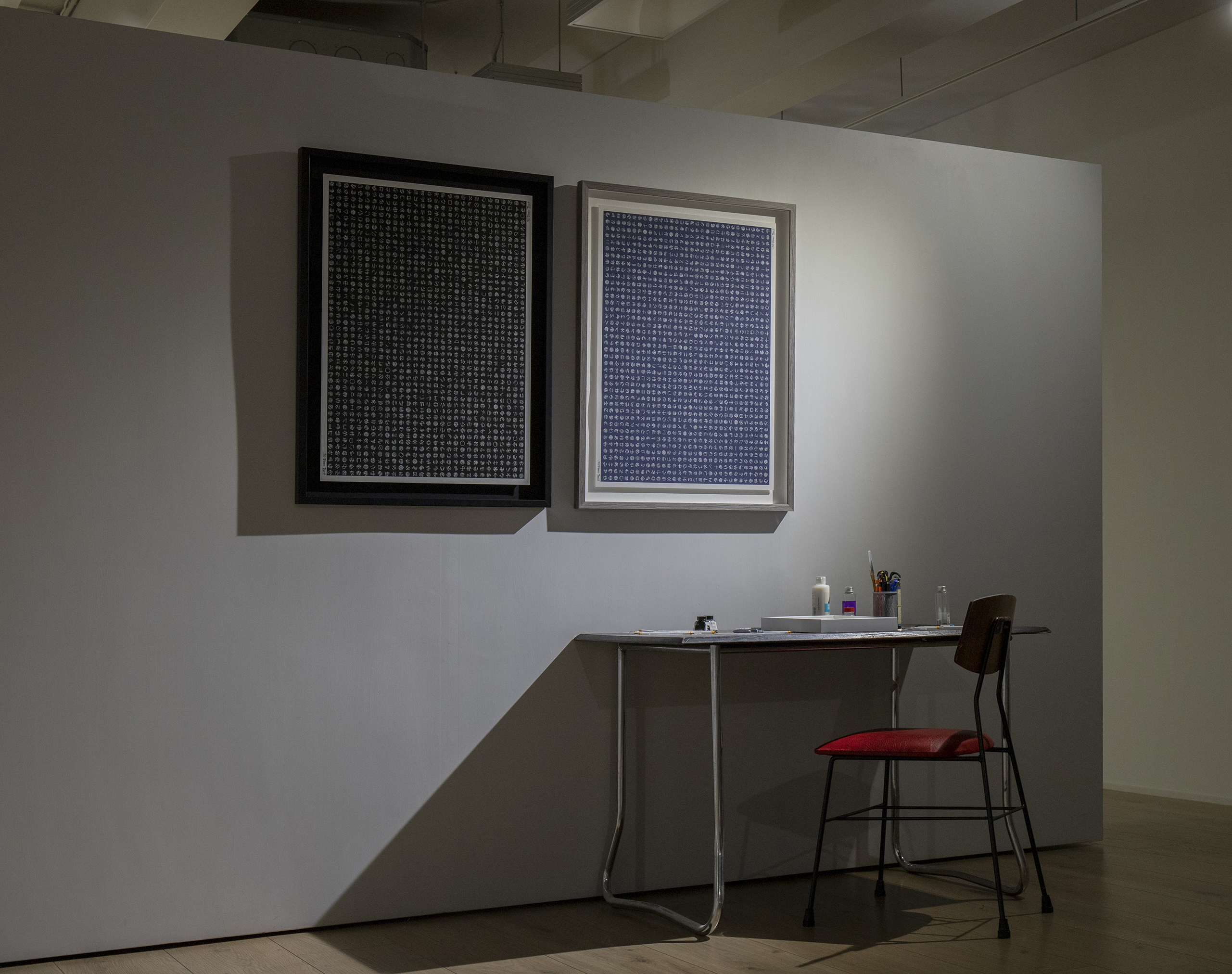 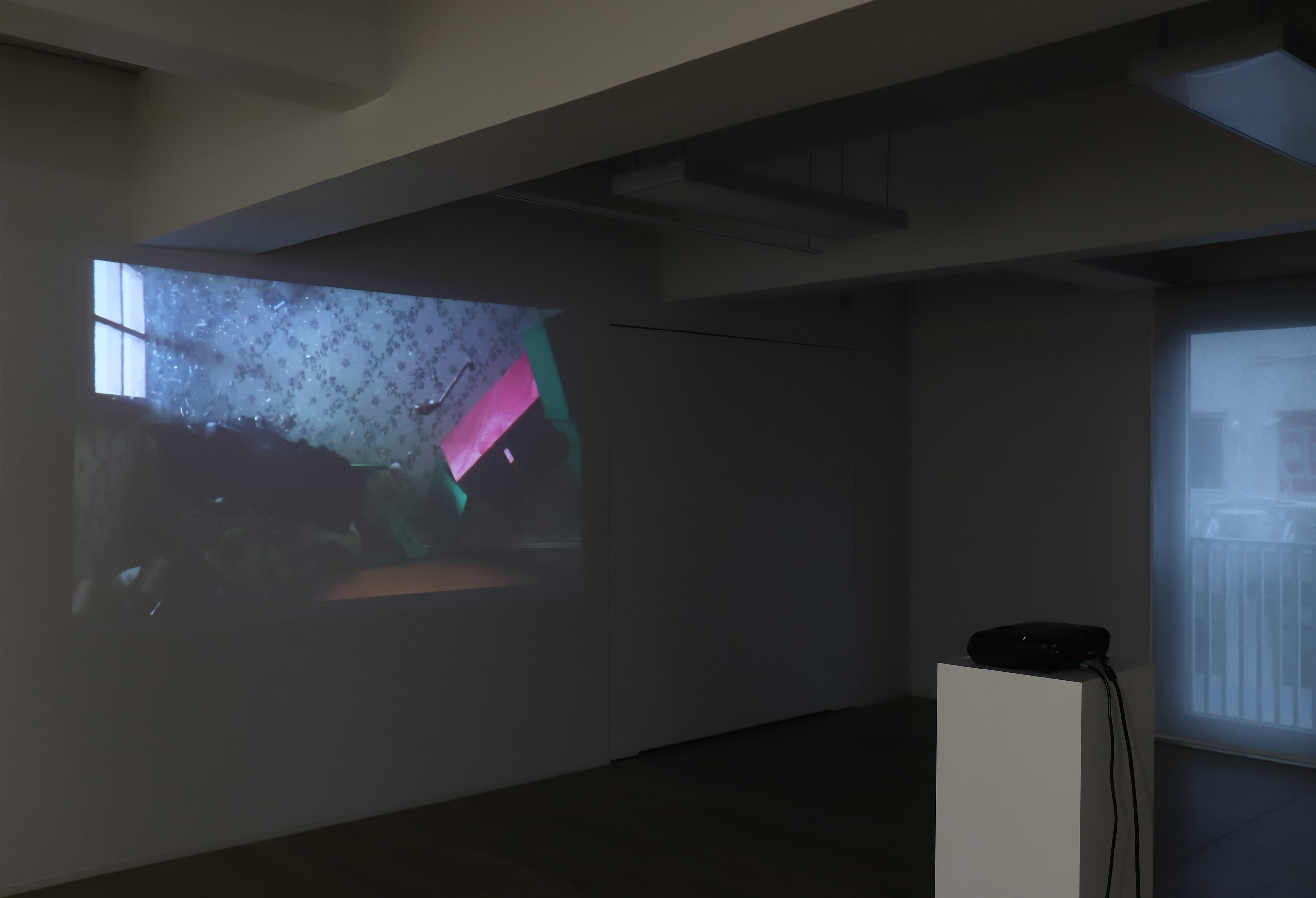 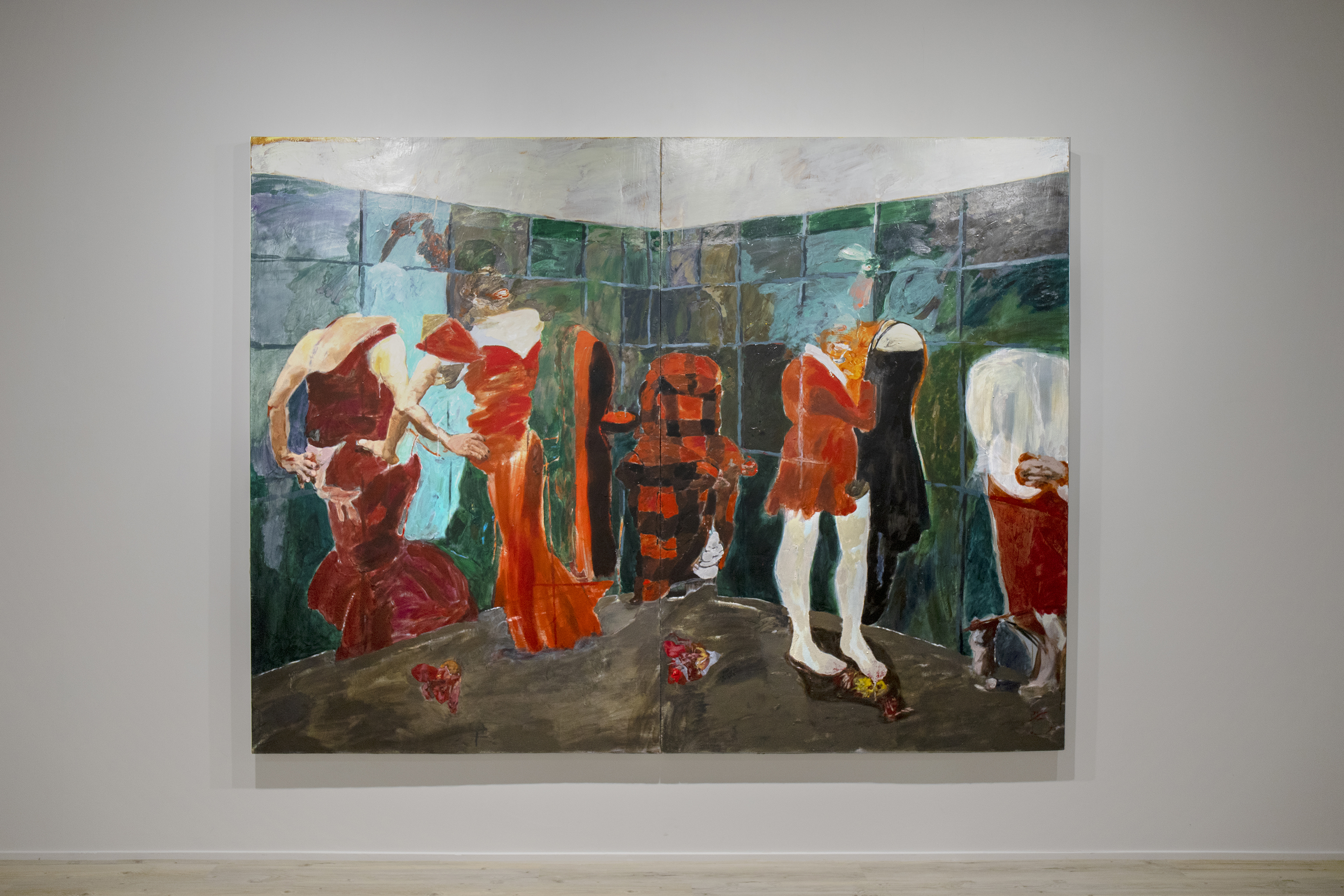 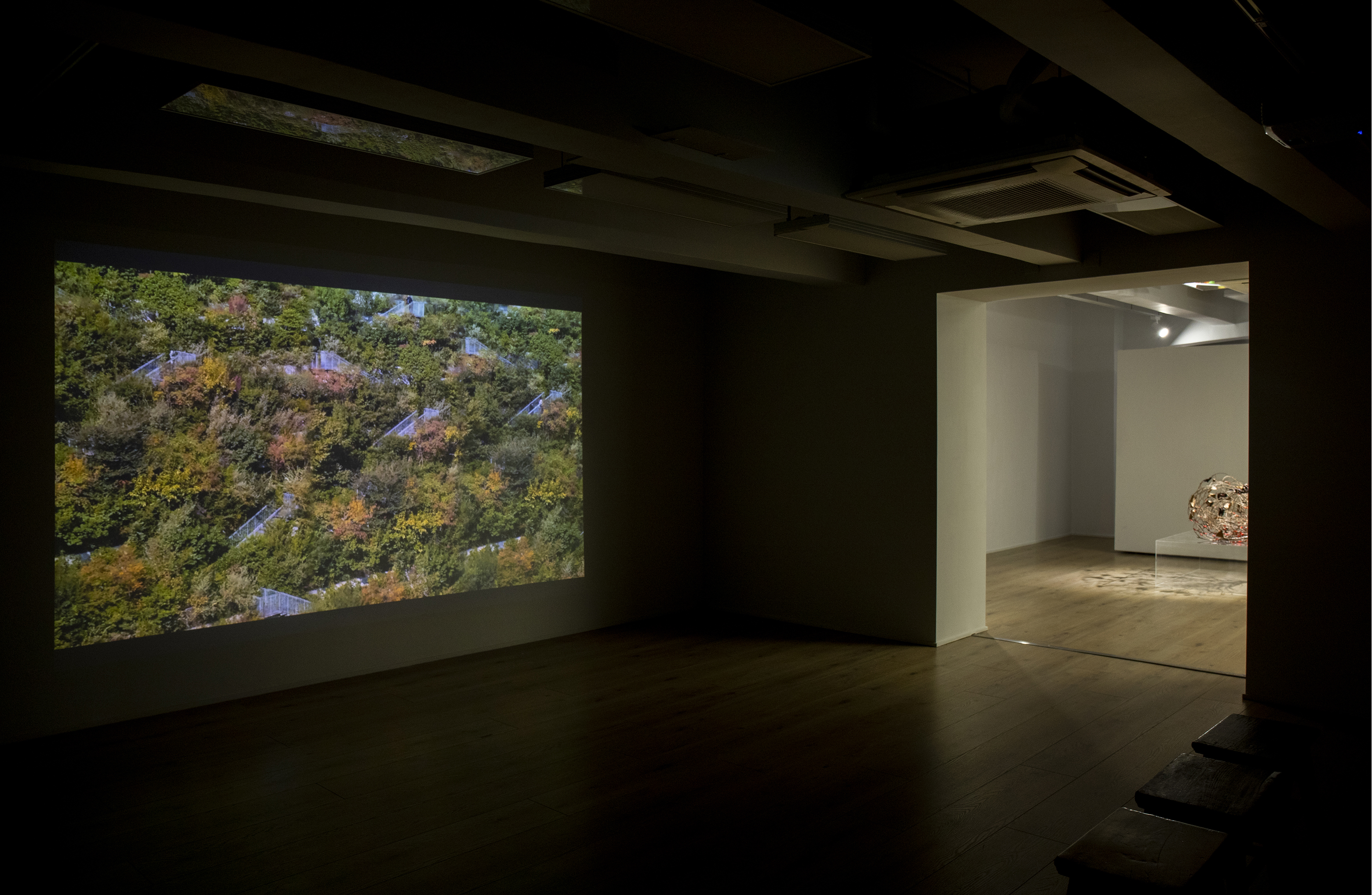