Causarum Cognitio is Bessmertny's first exhibition with the gallery, presented in association with Amelia Johnson Contemporary, Hong Kong. A technical impresario who underwent rigorous formal training, the works of Konstantin Bessmertny address the many absurdities of contemporary living and our understanding of history through lush paintings, thick with coded references and allusions to high and low culture.

Raised in far eastern Russia on the Chinese border, Bessmertny learned the formal traditions of European painting while studying under Russian dissidents exiled eastward by the Soviets. Later moving to Macau, a city of Chinese and Portuguese history perpetually shadowed by bustling Hong Kong, Bessmertny is a creature of boundaries between times, cultures and places. The effect is not lost on his works, which gleefully portray challenges of basic, almost universally accepted understandings of zeitgeist, history, and its heroes.

In the new paintings on view in Causarum Cognitio (“The Knowledge of Causes”), the artist plays out deftly placed discrete literary and art-historical references in often vast paintings that, at first glance, resemble those of the great masters. The phrase “In Support of Leonardo Vs. Michelangelo” becomes a refrain throughout the works, notably in La Battaglia di Anghiari dell’Opera Perduta di Leonardo (pictured), a tongue in cheek homage to the famed competition between Medici-era masters Leonardo and Michelangelo. Leonardo’s epic battle, perenially copied by young artists, is reduced to a comic debacle. Bessmertny baitingly aligns himself philosophically with Leonardo through coded messages: his backwards signature a reference to Leonardo’s left-handed writing, while the phrase “Cerca Trova” (“Search and you will find”) alludes to a possible hint by the painter Vasari, commissioned to cover the original painting, that Leonardo’s ruined work remains intact and hidden beneath his own overwrought effort. The work Memorabilis VII - First of All: No Sports, borrows its title from a Winston Churchill quote on what “made him great.” In this case the phrase appears within the lid of a cigar box, in a font and colour similar to those of English propaganda posters from the World War 2 era. An image inside the box renders the former Prime Minister in a printing technique reminiscent of pop artists, while a swoop of paint around his top hat suggests a crown of thorns. 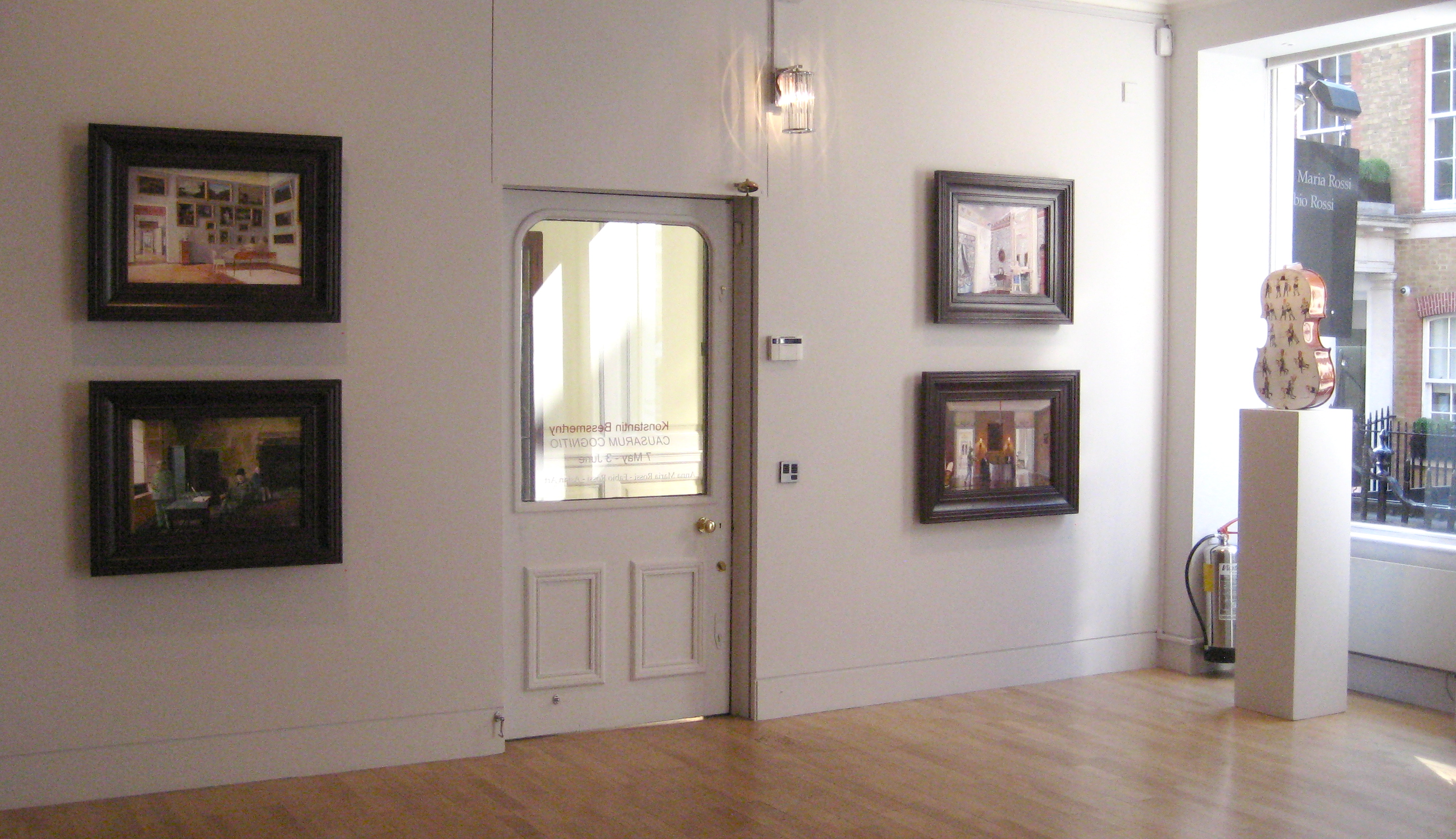 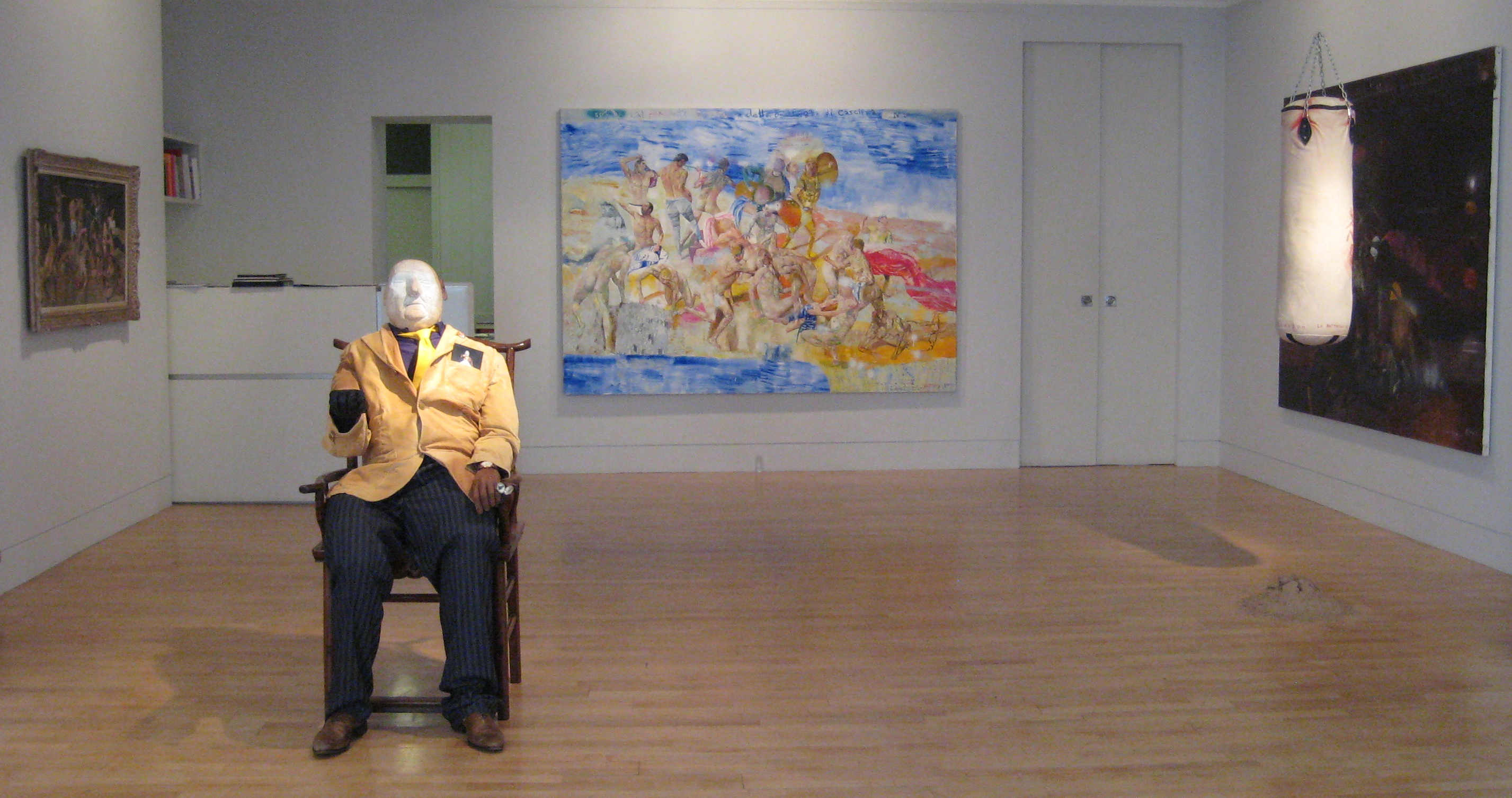 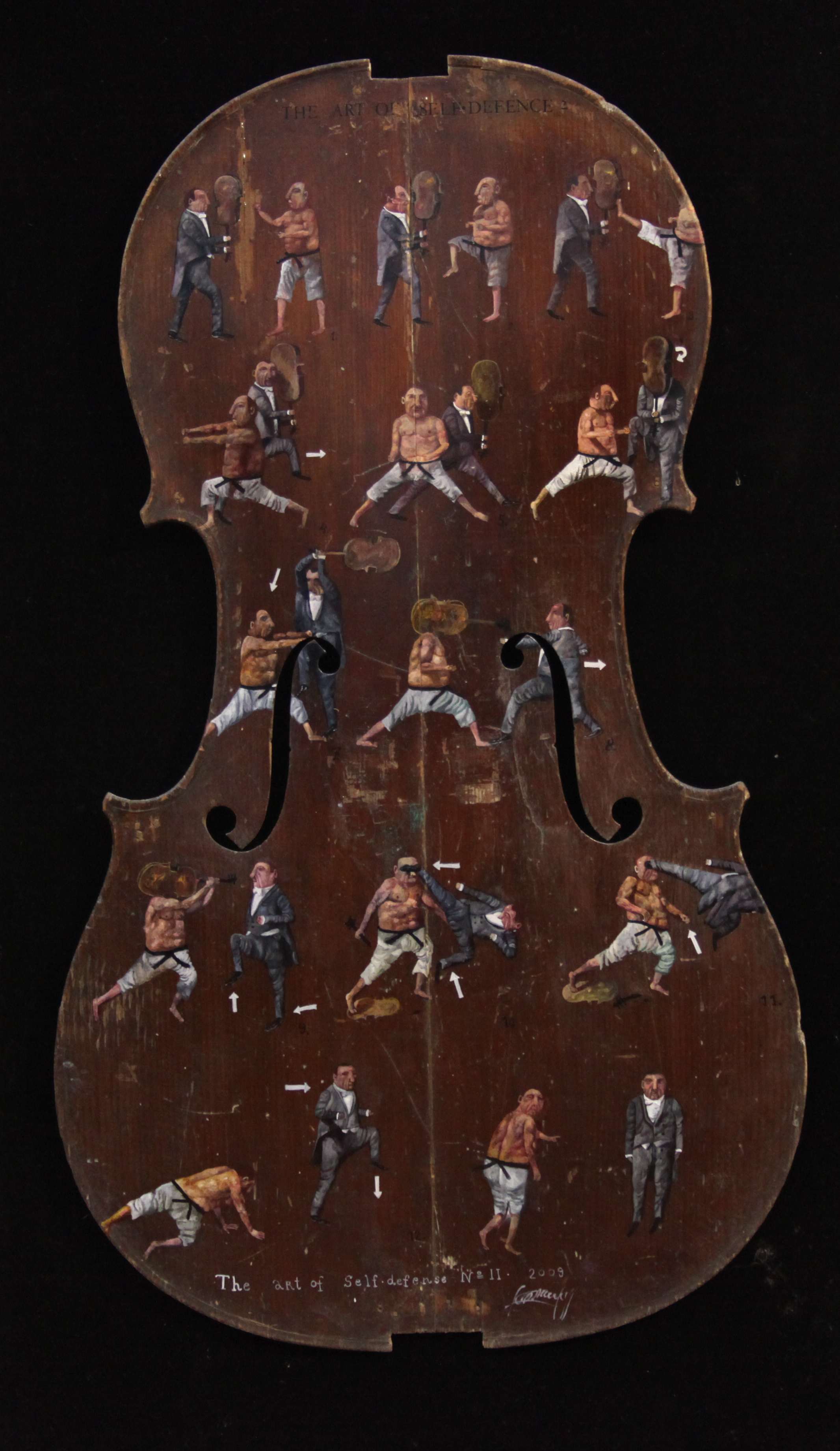 The Art of Self Defence II 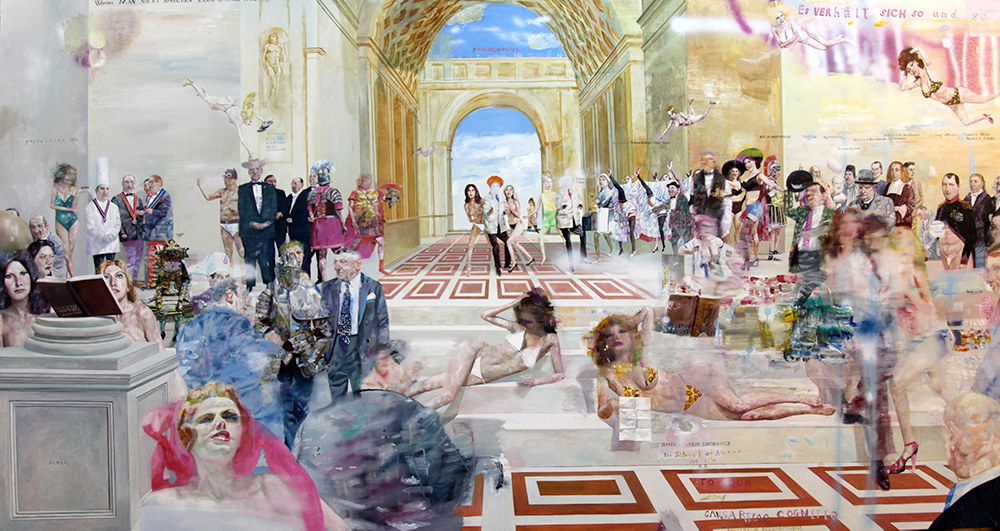