People ask me what worries me the most. Of course, I am concerned with the preservation and sustenance of the Earth we live on. But after that, I am most bothered by today’s Little Emperors—the children of China. Why don’t they make more trouble? Where are all the young Zhu Yuanzhang’s—the peasant-beggar who founded the Ming dynasty in the 14th century? When he was a boy, Zhu Yuanzhang and a bunch of his pals stole a calf from a neighbor, roasted it and ate it. They then stuffed the tail of the calf into a crevice in some rocks. When the neighbor complained, he said, “Your calf got stuck halfway in a cave!” Why are there so few naughty geniuses like that today?

Children in China today are too civilized, too refined, too nerdy, bland, predictable and dependent. One hundred eighty degrees away from what I consider to be model children: master troublemakers! A few years ago, the national high school entrance examination required students to write an essay about Leonardo Da Vinci drawing an egg when he was young. This New Year, I am already in my fifties, but my subject matter remains the same: eggs, perhaps in the shape of zeros. (The connection with childhood is remains vital: our teachers marked the homework of the worst performing student in the class with a zero.) And when we were kids, we painted and sang the ditty:

Eggs are indeed lovely, wonderful objects. Who can live without eggs? When a child is born in China, the parents of the newborn follow the old custom of handing out red-dyed eggs to their friends and relatives, thus marking the beginning of a life of stirring up eggs, er, trouble.

When the government makes trouble does it mean we are still in the primary stage of socialism?

Perhaps I am overly prejudiced in favor of making trouble. From youth to old age, from adolescence to senescence, from minor mischief to major provocations, here, there everywhere, there is nothing more gratifying in life than making trouble!

Causing mischief is essential to human life. The value of one’s life is determined by the kind of trouble one stirs up, whether one knows how to make trouble, and whether one dares to do so.

This exhibition starts off with childish shenanigans and concludes with major misdemeanors, with the theme of insubordination running throughout. Human vitality and creativity cannot exist without a certain amount of naughtiness. There is, however, one exception to this rule: if the government starts making trouble again, society is going to suffer a major breakdown.

Making trouble is the core value of childhood. I have tried to incorporate this particular point of view in the works in this exhibition. In all of my paintings, including the early Fairytales of the Twelfth Month andThe Awakening of Insects from the 1980s, up to and including my latest work, Worldwide: Russia, India, Shanghai, I have tried to do the same thing. I guess what really matters is whether or not you can catch the red eggs as they fly in your direction!

I remember hearing the gongs and drums, and all the excitement and anticipation we felt around the time of the Ninth National Congress of the Chinese Communist Party in Beijing in 1969, at the very climax of the Cultural Revolution. This made a strong impression on me during my childhood. Now, on the eve of the 18th National Congress (which took place in December 2012), it’s the same tired old fanfare again, yet it evokes my childhood for me.

May the innocence of childhood never perish!

At the close of the Year of the Dragon 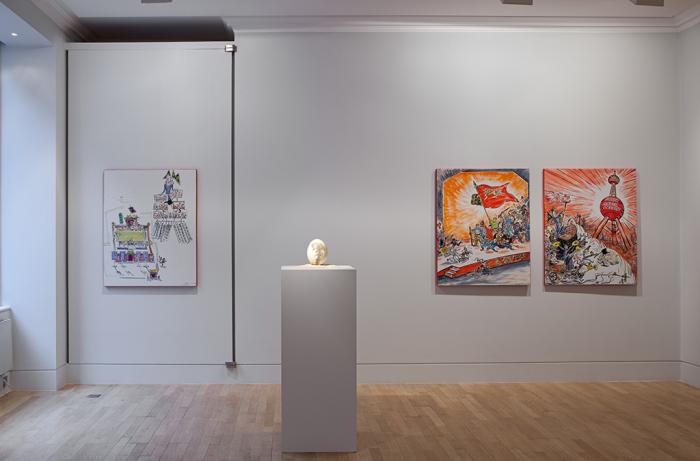 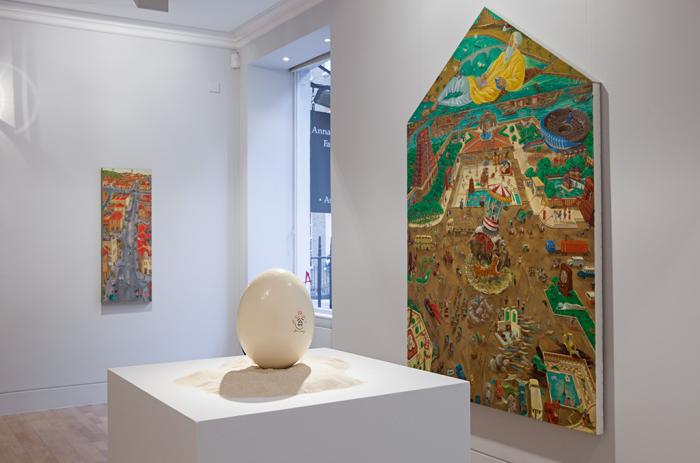 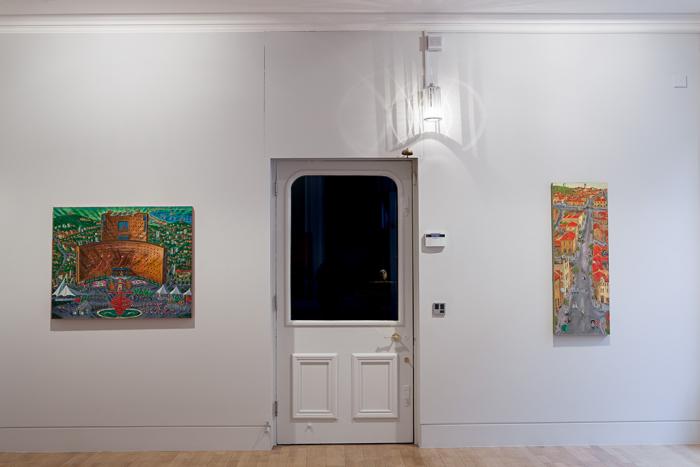 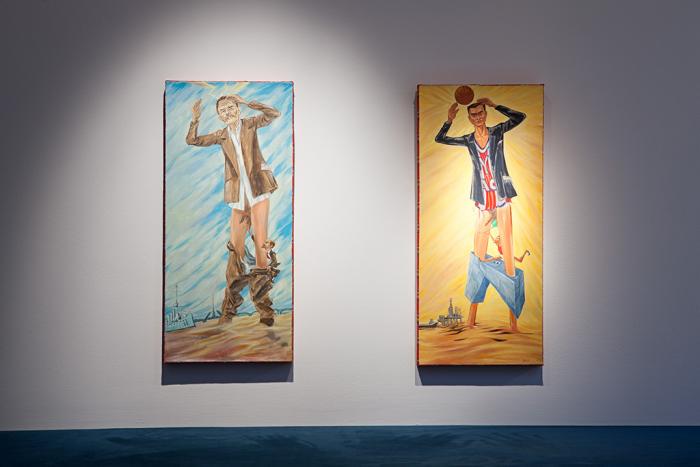