Rossi & Rossi, in partnership with Giovanni Martino, is pleased to announce Cosmologies, an exhibition focusing on sculpture and drawing by Giorgio Vigna – an Italian artist whose work rests on the cusp of reality and imagination.

Internationally recognised for his strong and unique use of materials, including metal and glass, Vigna’s artistic output is closely related to the body and its gestures, and he gives life to sculptures that are capable, in their primordial aspects, of reconciling his imaginative power with the elements of nature.

Vigna’s attraction to primary materials with strong symbolic value, which recall primordial and unconscious emotions, is evident in his melding of physical, psychological and symbolic elements. At the heart of his work is the theme of the hidden – of the materials’ innerness, of their dark side, which his work brings to light. Alchemy is also inherent in the materials he selects as well as the places he creates his site-specific works, such as La Radura (2003-2005), built in Garrison, New York, for the Olnick Spanu Art Program. ‘I’m merely a go-between for their manifestation’, he explains.

The exhibition features works that contain a geometric measure of the universe, which can expand its mesh from the size of a delicate piece of jewellery, such as Segmenti (2017), to the monumental dimensions of a mass, as in Sospeso (2011). All along, a thread of tension identifies neither pauses nor harmony nor poetry.

In works such as Acque (2018) and Acqua (2015) – a bowl made of copper and Murano glass – Vigna intertwines micro and macro, large and small, light and heavy, solid and liquid, cold and hot. The artist effortlessly exchanges these opposing elements, generating objects that request a suspension of bias, based on the viewer’s previous experience with them. He thus shifts public attention to this threshold, from which viewers are encouraged to discover the reality of nature with a different gaze. Ink suspended on water illuminates his series of works titled Cosmografie (1982-ongoing), which features maps from other universes that accompany his navigation, in the guise of portolans or astronomical charts. Such works represent a kind of return and control, the artist’s Zenlike reflection upon the interior balance of the universe. 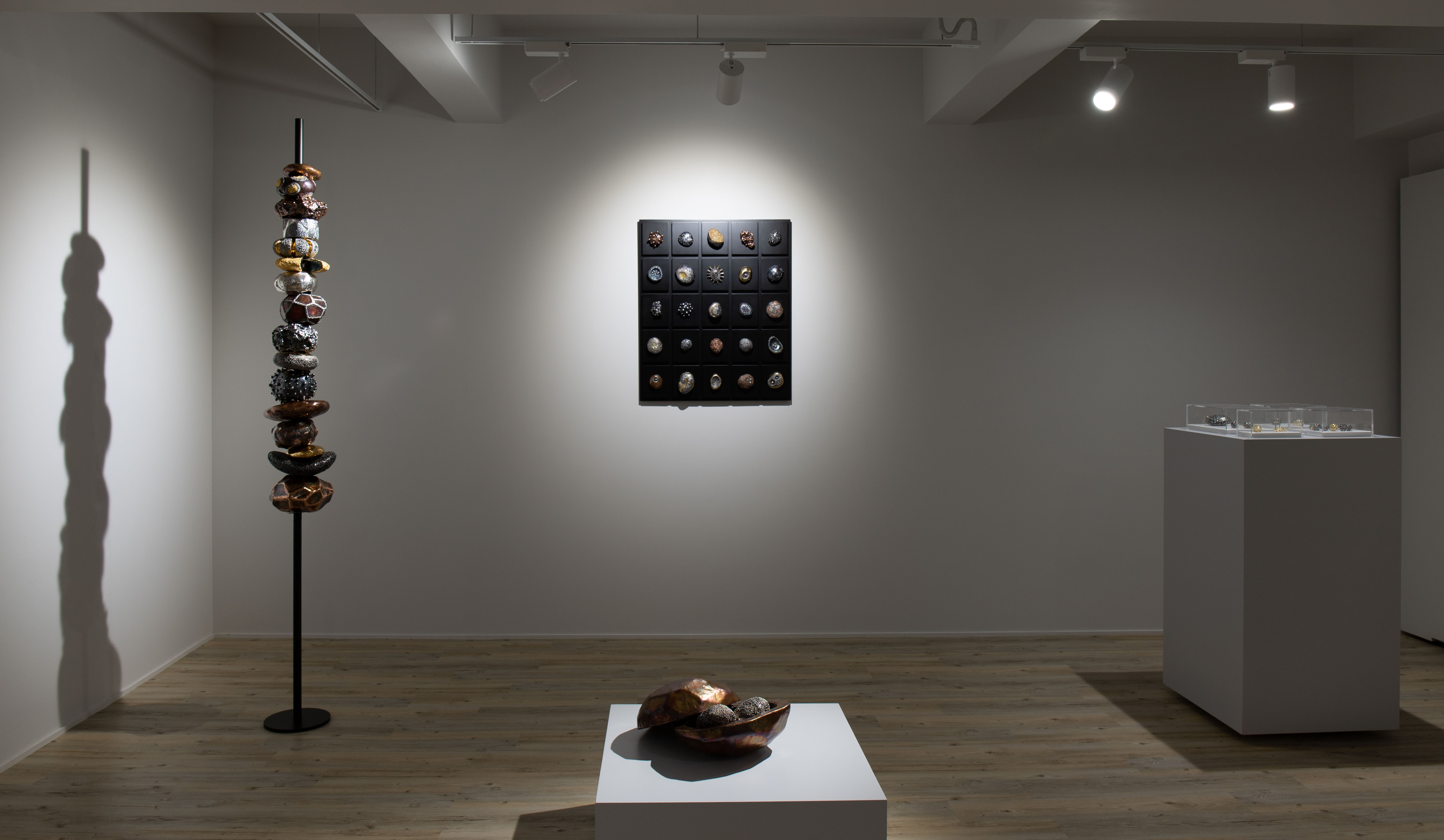 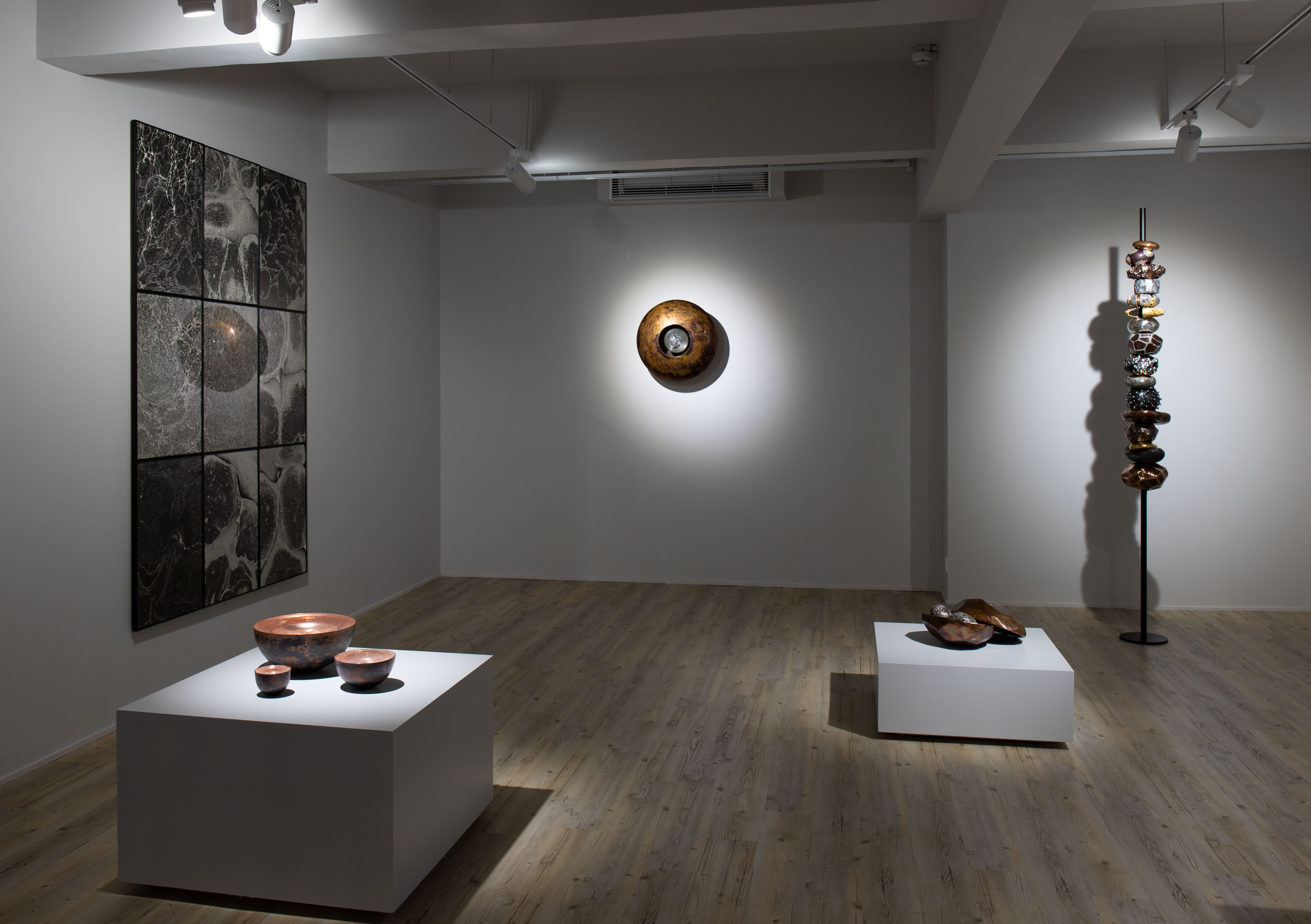 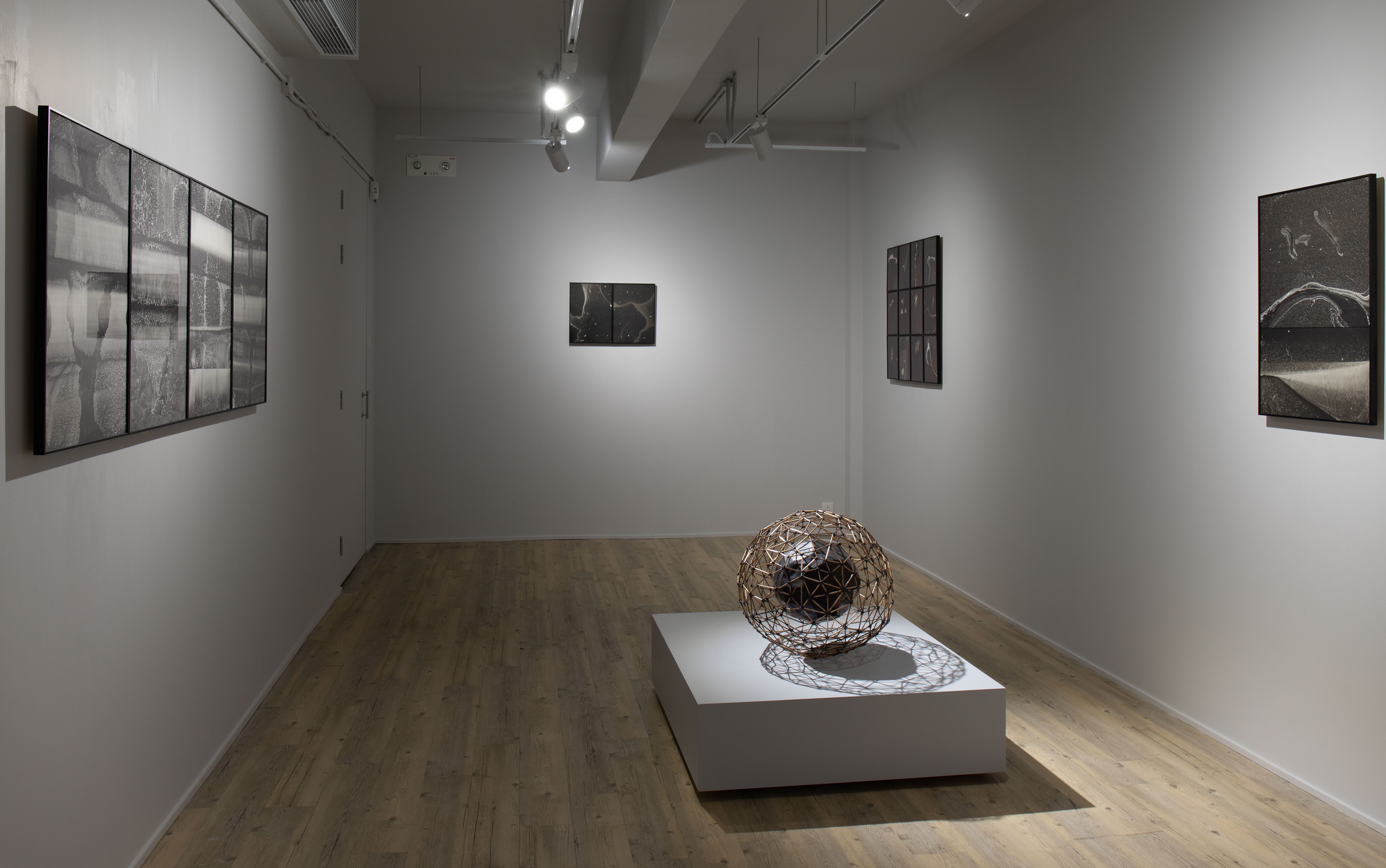