Dramatic diagonal lines and sharp angles – referencing the gridlines and guidelines used in traditional Buddhist paintings to ensure accurate representations of sacred figures and diagrams – disrupt the forms depicted in the artist’s latest works. However, whilst such marks are never shown in traditional Buddhist art, they form an essential component of Rigdol’s practice. Instead of hiding them, he uses these lines to deconstruct and dismantle the deities and figures he depicts, creating tension between the lines and the coloured forms.

The gridlines featured so prominently in Rigdol’s work also draw inspiration from his family life. These lines echo the process used by carpet weavers in Nepal, including the artist’s mother. Rigdol, himself, started designing carpets at the age of ten, whilst his father had worked for a carpet manufacturer. These lines therefore seem to emerge naturally from his hand. The artist appears to deconstruct his subject, and then weave the image back together, resulting in a powerful dialogue of tension inherent in his work.

Nowhere is this dramatic tension between line and colour more vividly expressed than in TheStorm in the Fragrant Land (2019). The blue wrathful deity stares at the viewer with penetrating eyes, fierce fangs clenching a vajra and a multitude of silk scarves wrapped around the canvas’s bold red and white lines. Yet the wrathful figures in Tibetan Buddhism do not have a malevolent function; rather, their frightening appearance is meant to help the practitioner cut through his or her ego. The figure seems to be bound behind the lines, but he also looks as though he is on the brink of breaking through them. Non-practitioner audiences, likely unfamiliar with the gridline prescriptions of traditional Buddhist art, may perhaps note the lines across the canvas as dramatic visual markers that lead the eyes, like on pathways throughout the painting.

Rigdol’s prominent use of lines in many of his paintings creates a dialogue within each work – between the matrix of the image and the image, itself. The deconstructed deities juxtaposed with these dramatic cuts of lines across the canvases may speak to the communication breakdown between Tibet and China, the myriad of conflicting voices with the Tibetan exile communities or the deconstruction or dismantling of everyday traditions.

The artist’s artworks draw from traditional Buddhist imagery, though they are neither traditional nor Buddhist. His paintings and collages delve into political topics, such as the Chinese presence in Tibet and the resulting protests of the Tibetan self-immolation movement, yet they are not always outwardly political. The works are also visually stunning: Rigdol’s various modes of creation, including watercolour, acrylic and collage, work together harmoniously. Although the messages within these images are not necessarily harmonious, his work provides us with critical lines, or pathways, towards further conversation.

A programme featuring public talks, curatorial tours and a half-day study day will be held in September (details will be published on the gallery’s website). In addition, a post-exhibition catalogue will feature essays by curator and art historian Dr Sarah Magnatta, as well as a conversation between the artist and renowned author and academic Dr Robert Thurman. 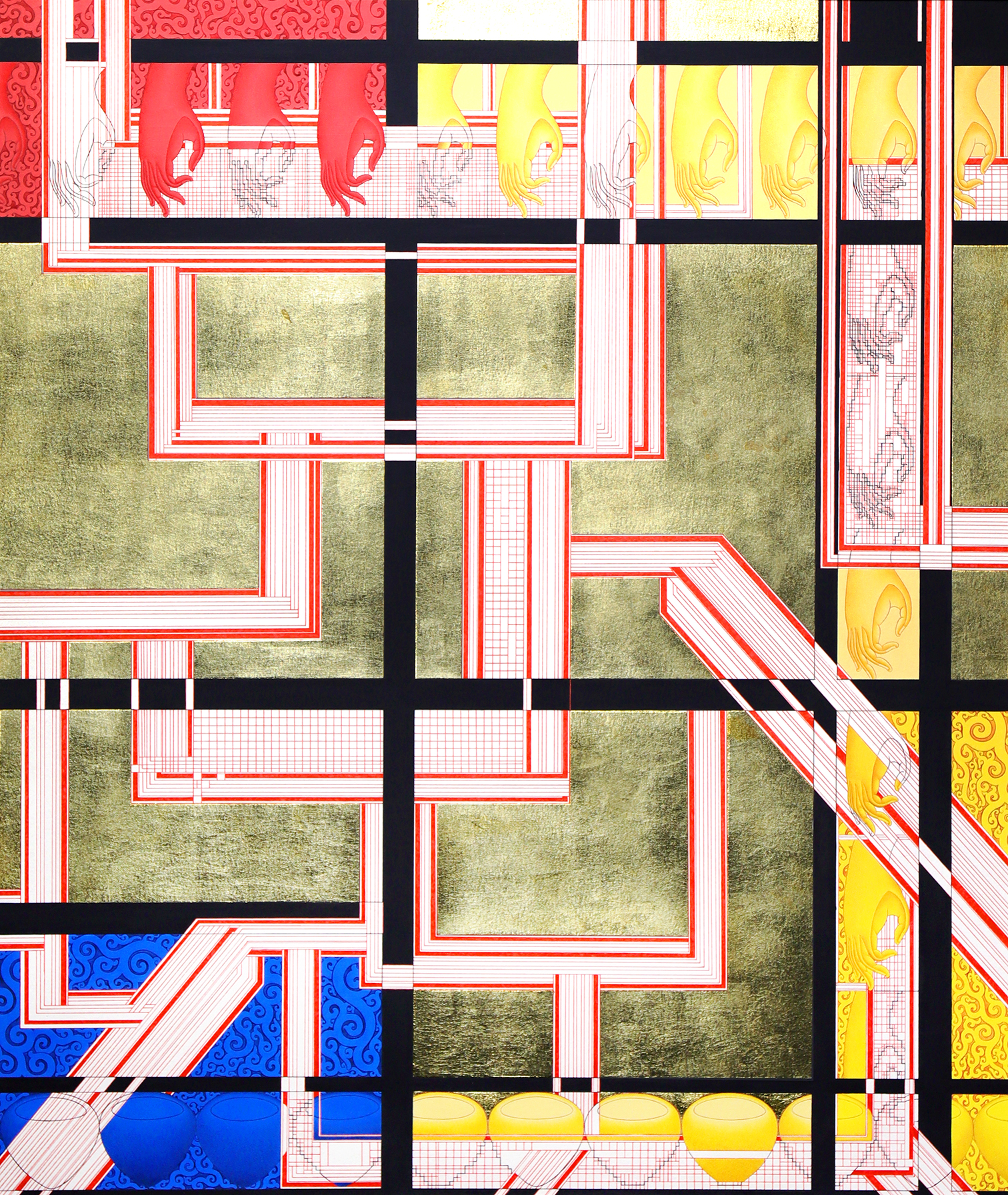 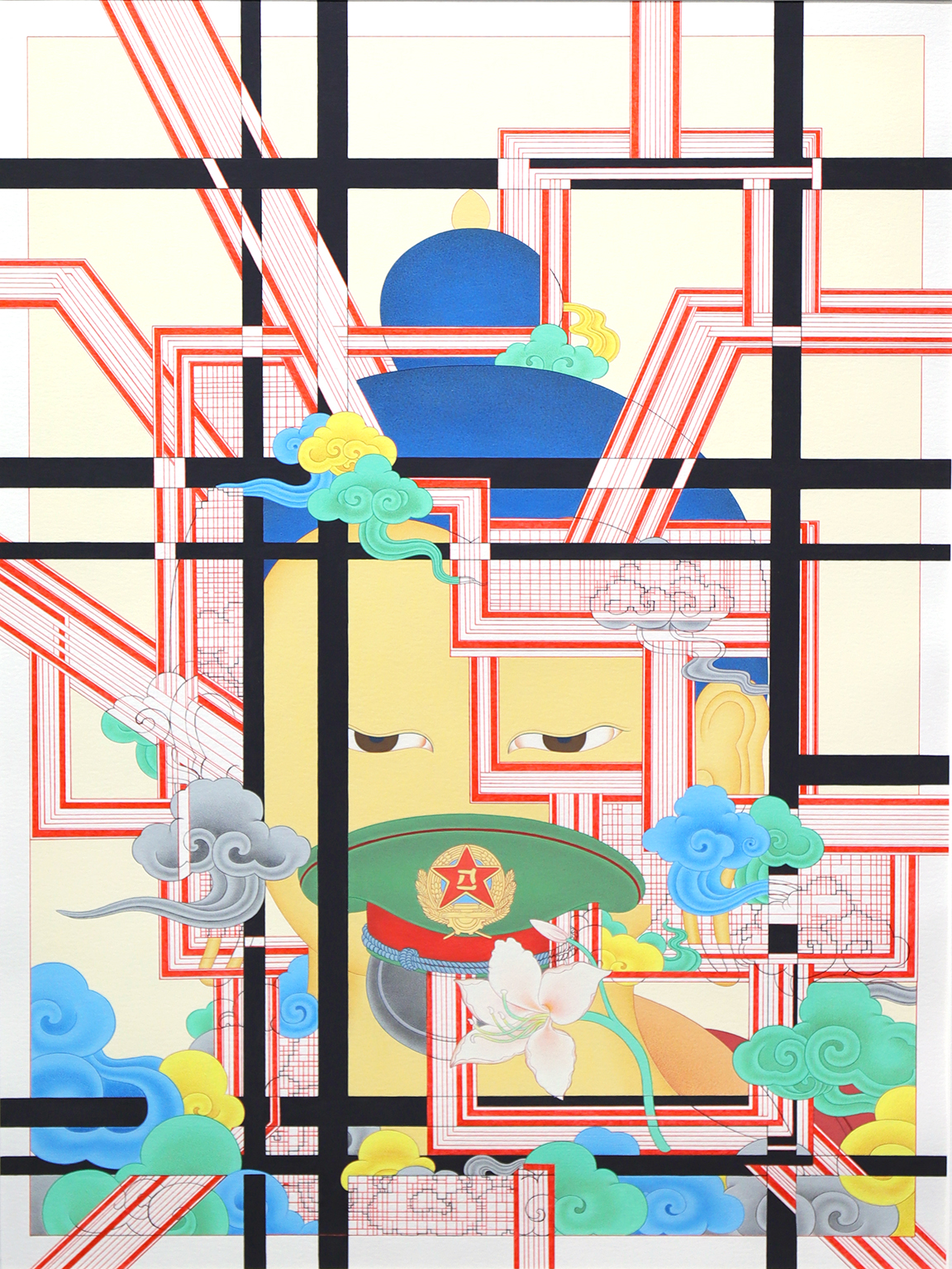 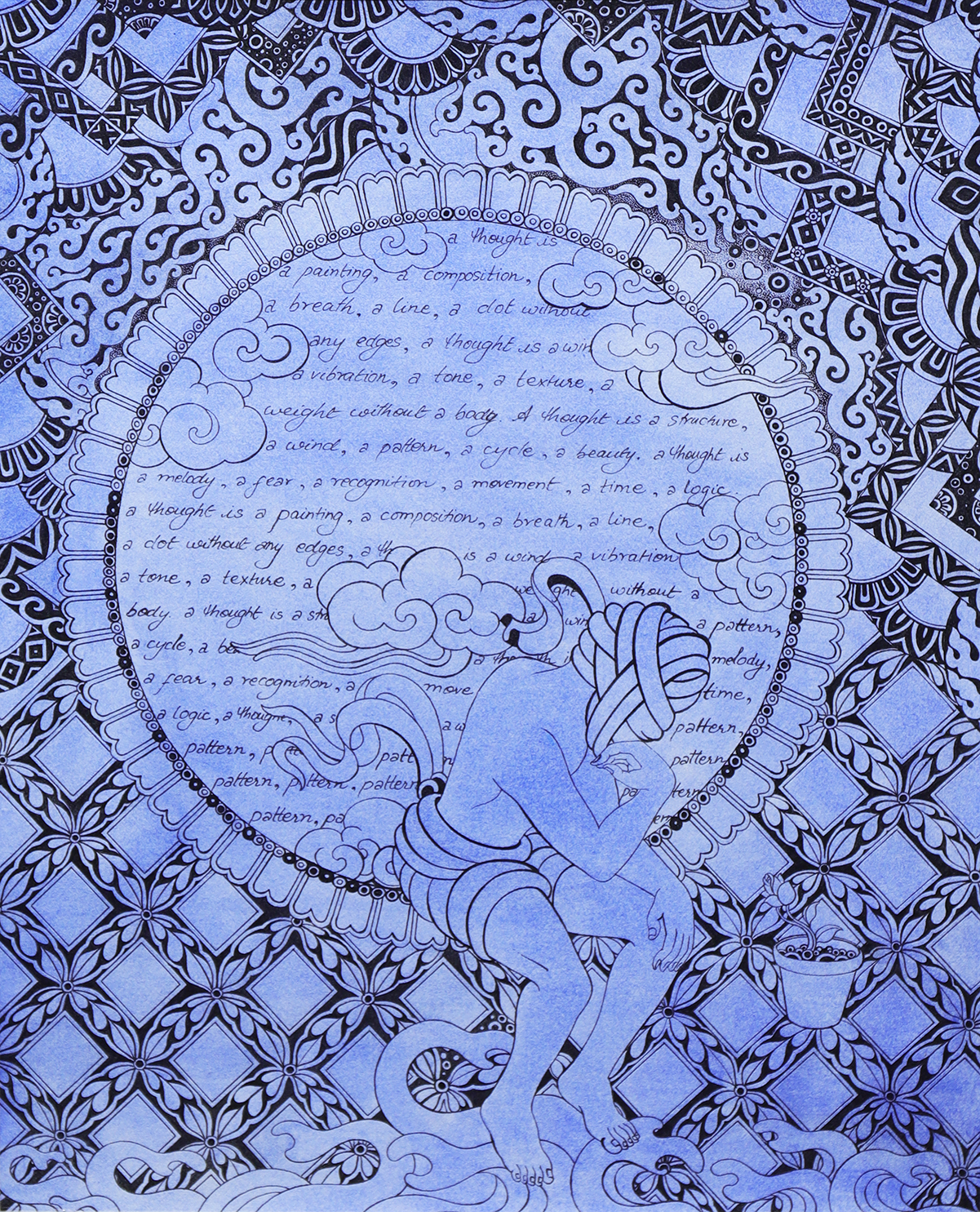 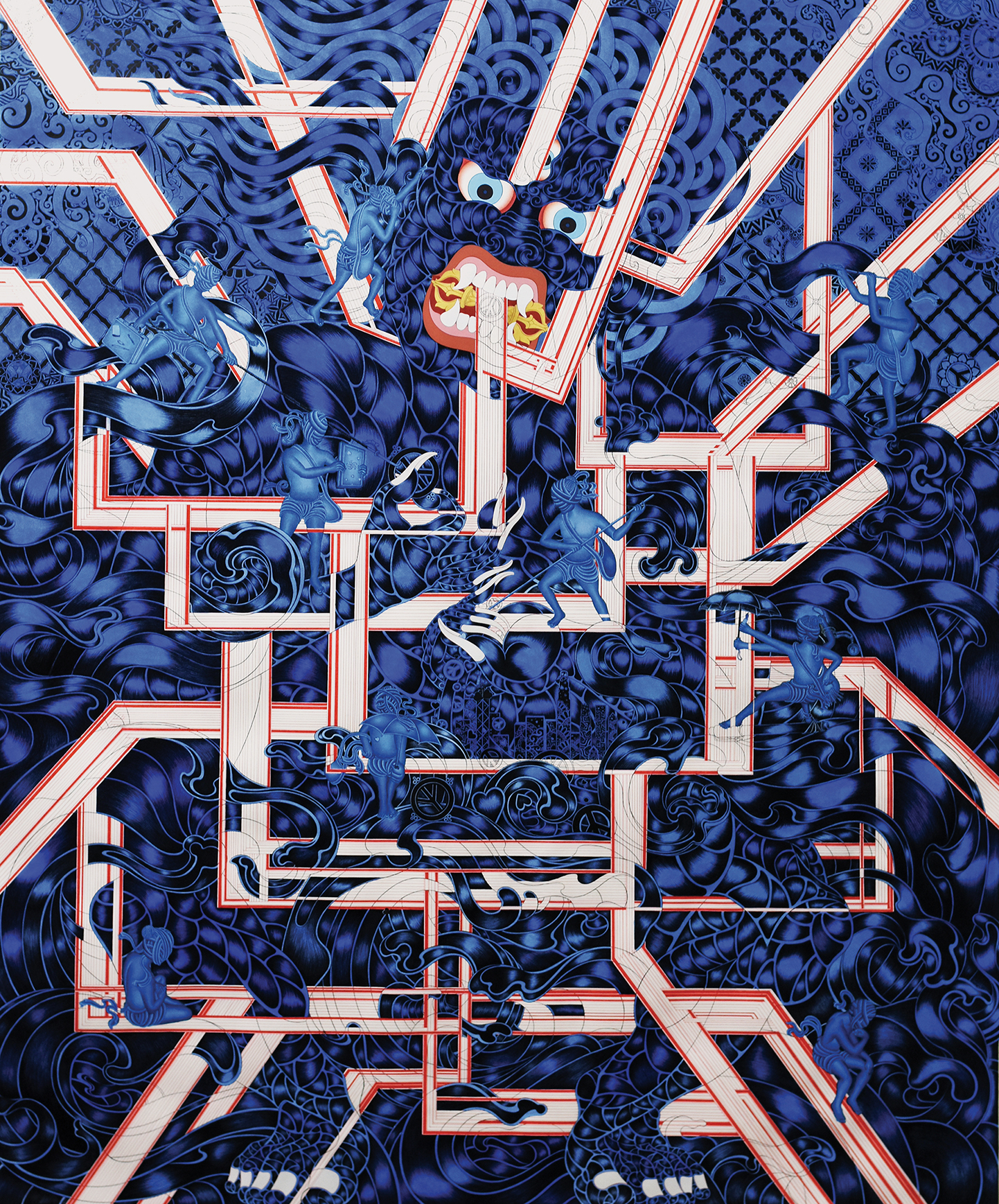 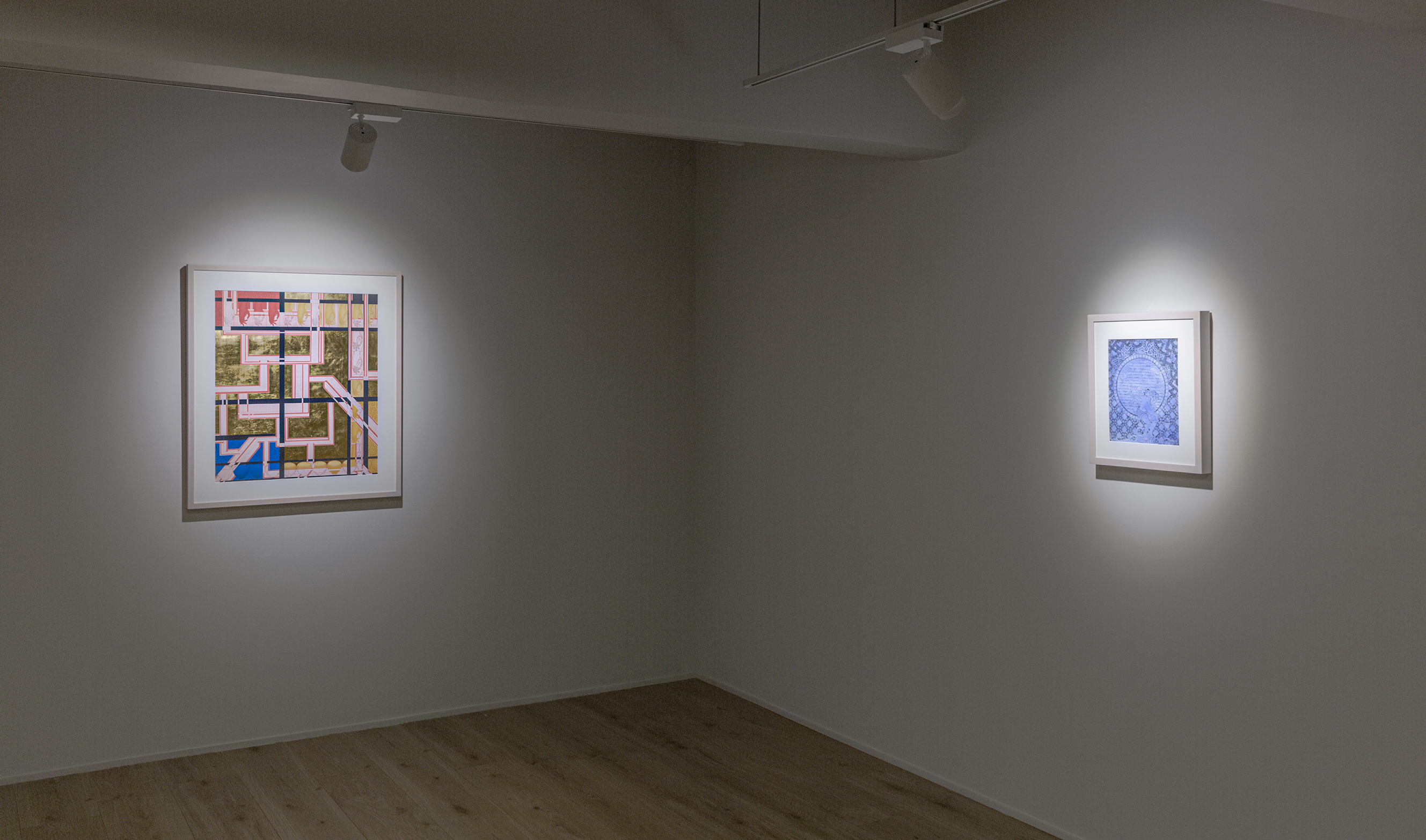 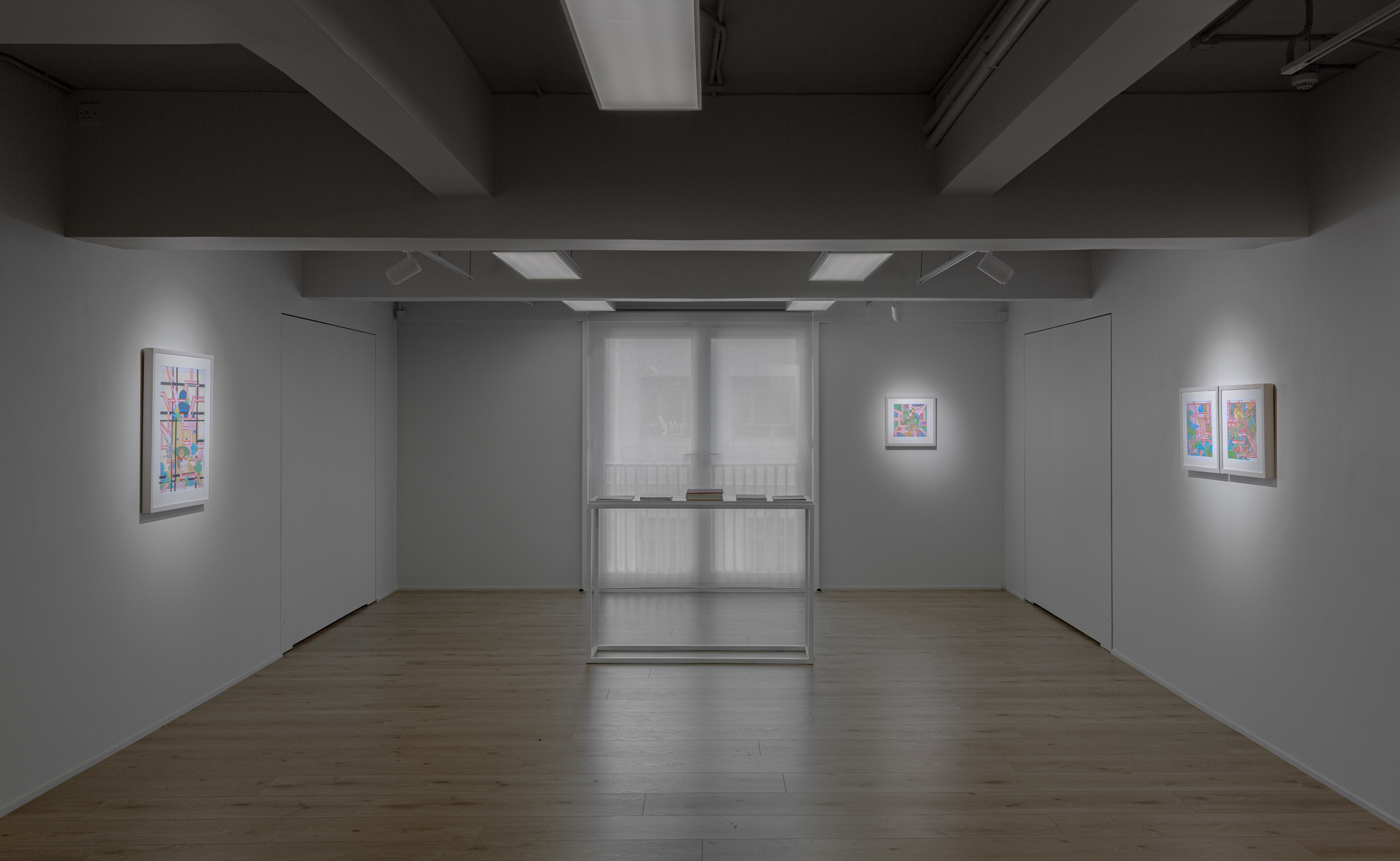