Fluidity and Encounters: Current Versions of the Philippine Contemporary

Rossi & Rossi and The Drawing Room are proud to present Fluidity and Encounters: Current Versions of the Philippine Contemporary. Featuring twelve Filipino artists, the exhibition explores multiple languages and milieus that have emerged from the Philippines since the nation gained independence in 1946. It also examines how artists from the archipelago grabble ideas of neocolonialism, history’s debris in a cosmopolitan world and other practices formed from having experienced diaspora and itinerancy.

Artworks by Gaston Damag, Riel Hilario and John Frank Sabado act as reminders of the artist lineages that have helped to form contemporary Philippine art. Damag uses sites in the historically isolated and mountainous province of Ifugao as a backdrop for inquiries into the physical surface of his photographs; he thus investigates the representation of the indigene’s material culture and how it circulates in contemporary society. Hilario, who was schooled in the tradition of carving religious statues, embraces the ceremonial history of the craft through his existentialist-ridden wood sculptures. Sabado indexes the myriad values of his people in the mountain regions through biro-point portraits wrought like woven textiles.

The portraits of Kiko Escora and Diokno Pasilan analyse ethnography and the concept of ‘the tropics’. In Island Girl (2013), Escora depicts a vivacious image of a solitary woman posing on a beach; in contrast, Pasilan—in Gantangan ID (2012), a collection of passport-style portraits of a struggling island community —refers to the sea as a reminder of senescence.

Yasan Banal’s and Manuel Ocampo’s works delve into postcolonial Philippines and the impact of the structures of colonialism on Filipinos, the art market and cultural production. Street- affiliated artistVermont Coronel Jr. portrays the vestiges of cosmopolitan beginnings through his stencil-based images of a fallen city. Robert Gutierrez’s dystopian sci-fi-cum- ethnographic terrains allude to a return to mythology and spirituality in contemporary society. Dex Fernandez, on the other hand, implodes identity politics of the youth through the urban branding language of graffiti and collage.

Ultimately, the artists on view span a transnational practice, posing inquiries beyond essentialised tropes.Alfredo and Isabel Aquilizan subject such contexts through their series of belonging and re-rooting, all the while communicating materials and voices from wherever they produce work.

Together, the artists participating in Fluidity and Encounters demonstrate the complexities and diversity found within Philippine contemporary art. Embracing a multitude of visual languages and addressing wide-ranging issues—the environment, identity, history, society, community—they reveal a complex yet vibrant new landscape. 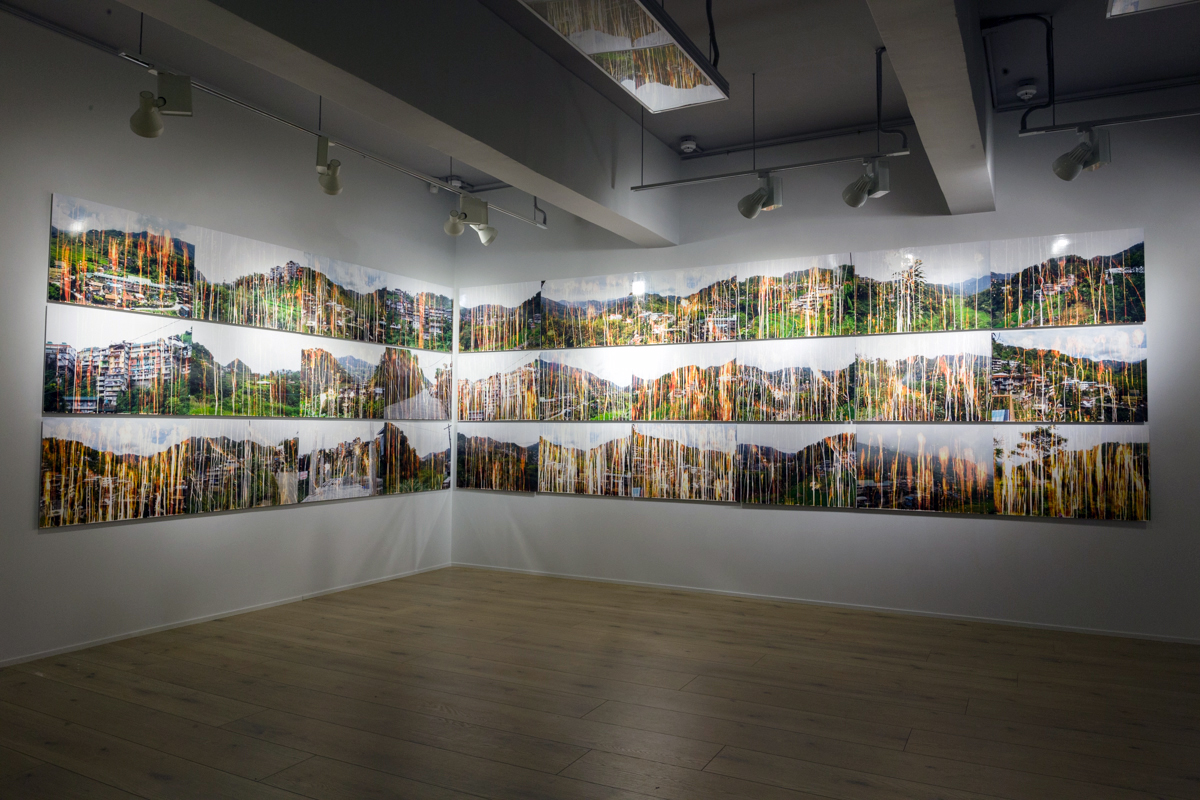 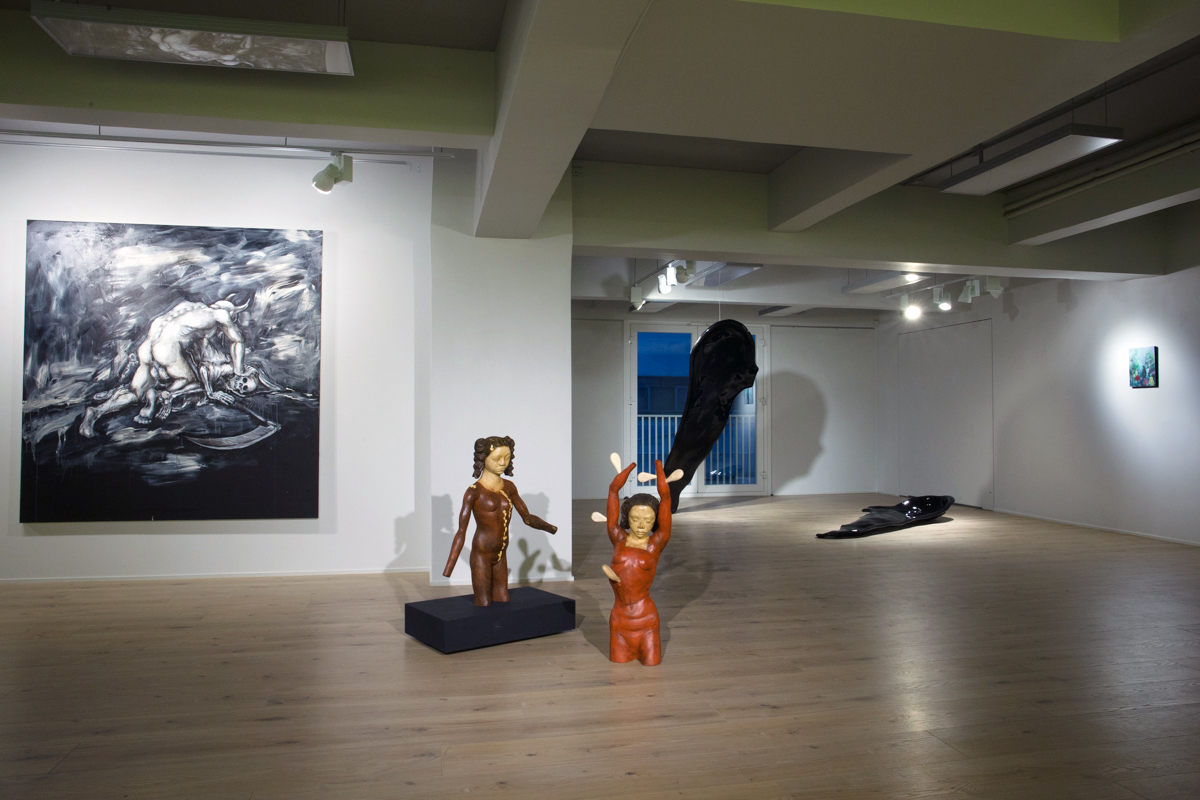 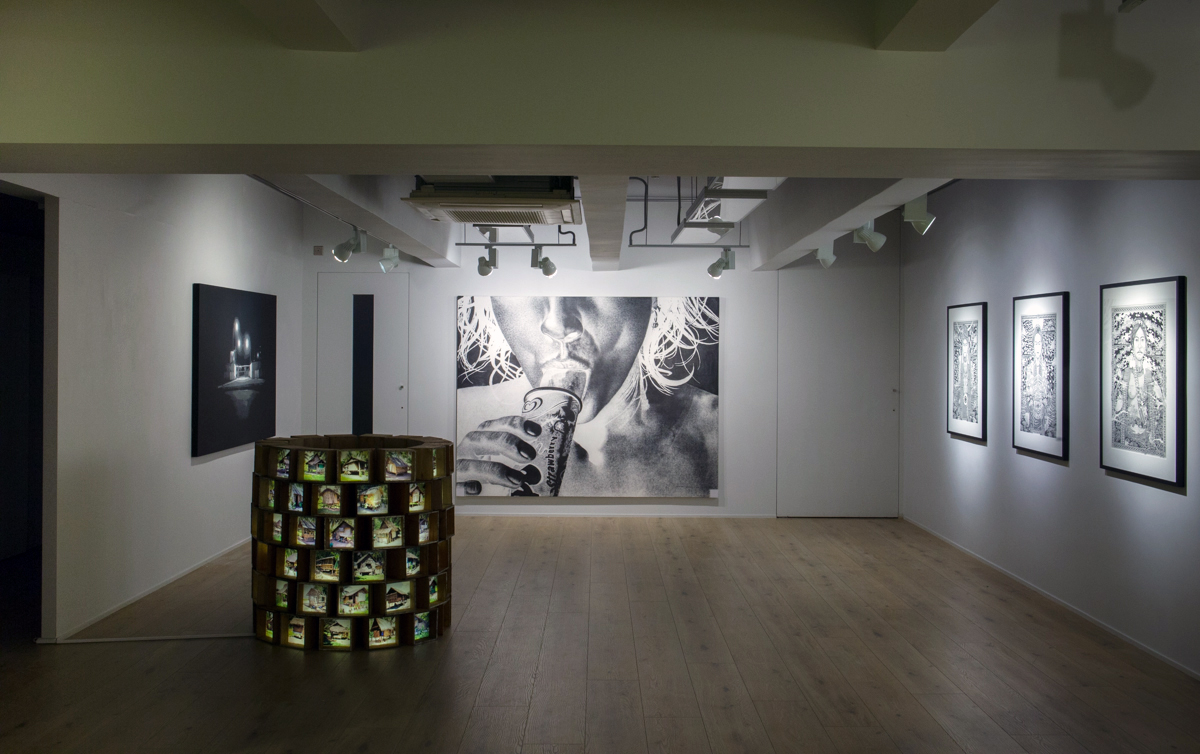