Rossi & Rossi is pleased to announce the first solo exhibition in Hong Kong of Rasheed Araeen, one of the foremost avant-garde artists of our time. Going East will present a survey of his multifaceted artistic output, which spans nearly seven decades.

Recognised as the father of minimalist sculpture in Britain, where he has been based since 1964, Araeen has also distinguished himself as a pioneering writer and editor of dissenting and revisionist discourse on art history, a champion of Afro-Asian artists vis-à-vis Eurocentrism, a visionary and passionate ideologue, and a groundbreaking performance artist. In short, his work has permanently reshaped the prevailing ideology of global art history. Going East traces the artist’s career, from his earliest abstract drawings to his recent post-minimalist sculptures.

Trained in Pakistan as a civil engineer, Araeen took up painting and drawing while living in Karachi. The strict architectural geometries of his formative years later fused with his early abstract investigations, resulting in what were to become the earliest minimalist sculptures created by an artist living in the United Kingdom. Boats: Towards Abstraction (1958–62), a suite of early paintings on paper, provides a glimpse into this nascent period and foreshadows his landmark sculptures of the following decade.

Structure No. 2 (1965/2015), a seminal and monumental work constructed of sixteen industrial steel girders, eroded the hierarchical compositions of the modernist sculptures of Anthony Caro and Phillip King who preceded him, heralding a distinct and egalitarian form that the artist synthesised in the following years in wood and thin metal structures. These structures are exemplified in Basant (1970), Burgundy Dark (1971) and (3R + 2B) SW (1971).

Chaar Yaar I (Four Friends) (1968/2014) reveals the distinctions between Araeen’s cube structures and those of American minimalists, such as Sol LeWitt and Donald Judd. In Araeen’s forms, a diagonally bisecting element connects opposite corners of each cube face. The repetition and stacking of this basic component results in an undulating movement when circumscribed by the viewer. This movement can be traced to Araeen’s early drawings, as in Untitled B (1962), a suite of six felt-pen works on paper. By coopting elements of Kinetic art, the artist further distances his work from the rigidity of American Minimalism. The individual components of Chaar Yaar (Four Friends)are intended to be rearranged by the viewer, similar to the 100 elements that comprise Araeen’s monumental installation From Zero to Infinity, a work conceived in 1968 and staged with audience participation at the Tate Modern in 2012–13. These ever-changeable arrangements deliberately symbolise a different approach to minimalism by emphasising the social mobility needed in public space.

From 1971 onwards, Araeen entered a radical and vibrant period, which, while confronting the Western-biased art establishment, also resulted in an output of groundbreaking performance and installation-based work. In Burning Ties (1976–79), eight photographs, installed sequentially, gradually reveal the artist’s image—a ritual rebirth through fire—and, at the same time, destroy a symbol of Western-imposed self-repression. Golden Calf (1987) andLa Grande Jatte (1991–94) employ what has become Araeen’s signature construct: two bisecting rows of photo-based art form a cross, referencing Christianity, which is then fixed with four green-coloured corners, symbolising Islam. Golden Calf juxtaposes Andy Warhol’s portrait of Marilyn Monroe, a symbol of Euro-American masculine desire, with the silkscreened photograph of a crowd of mourning Iranian women, a stereotypical representation of non-Western female victimisation. The centre is occupied by the single image of a dead Iranian solder lying in a pool of blood, sacrificed to the female icon whose smiling face entraps him.

Upon reestablishing a studio in Karachi in 2010, Araeen returned to painting, producing a new series collectively called Homecoming (2010–14), a celebration of Pakistani and Islamic modernist influences. From this series, In the Midst of Darkness 1A (2012) fuses the Arabic spelling of the names of key philosophers from an influential period of Abbasid philosophical development into abstracted polygons of pure colour in complex geometrical shapes. Not unlike Hanif Ramay’s calligraphic studies of the 1950s, Araeen’s paintings further this modernist idea within a broad trajectory that enunciates the great achievements of the Muslim world towards its own, self-defined future. 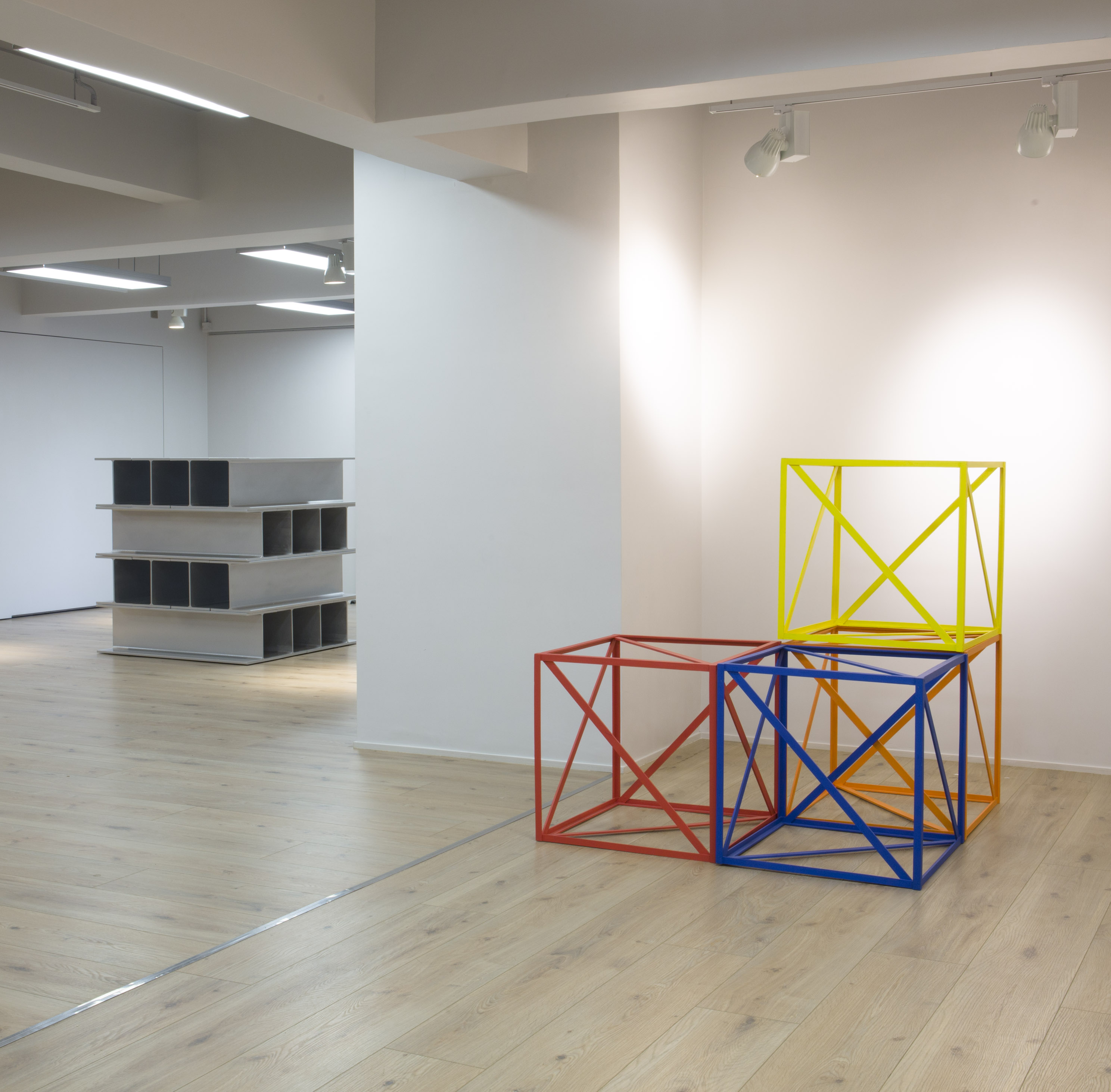 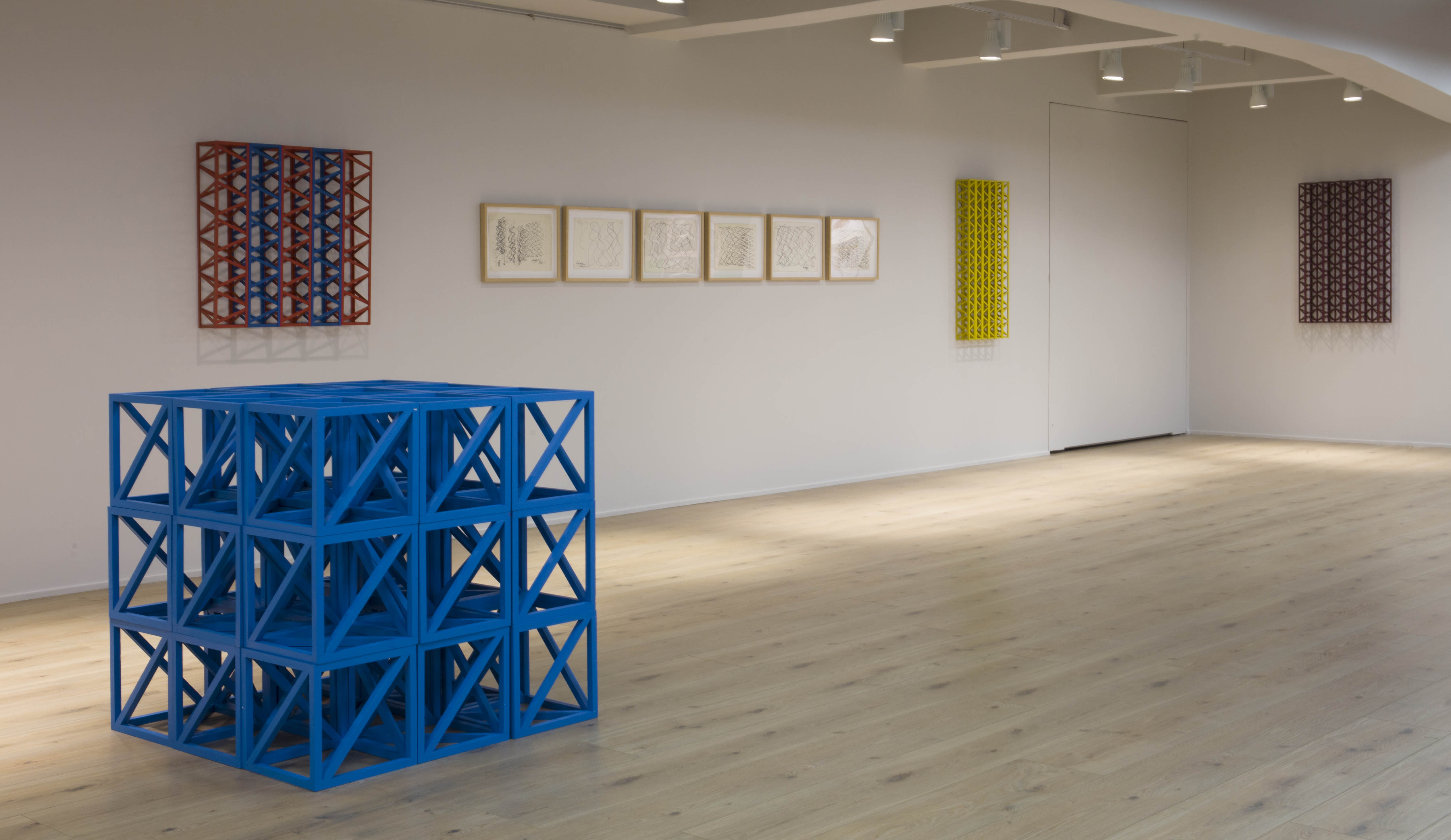 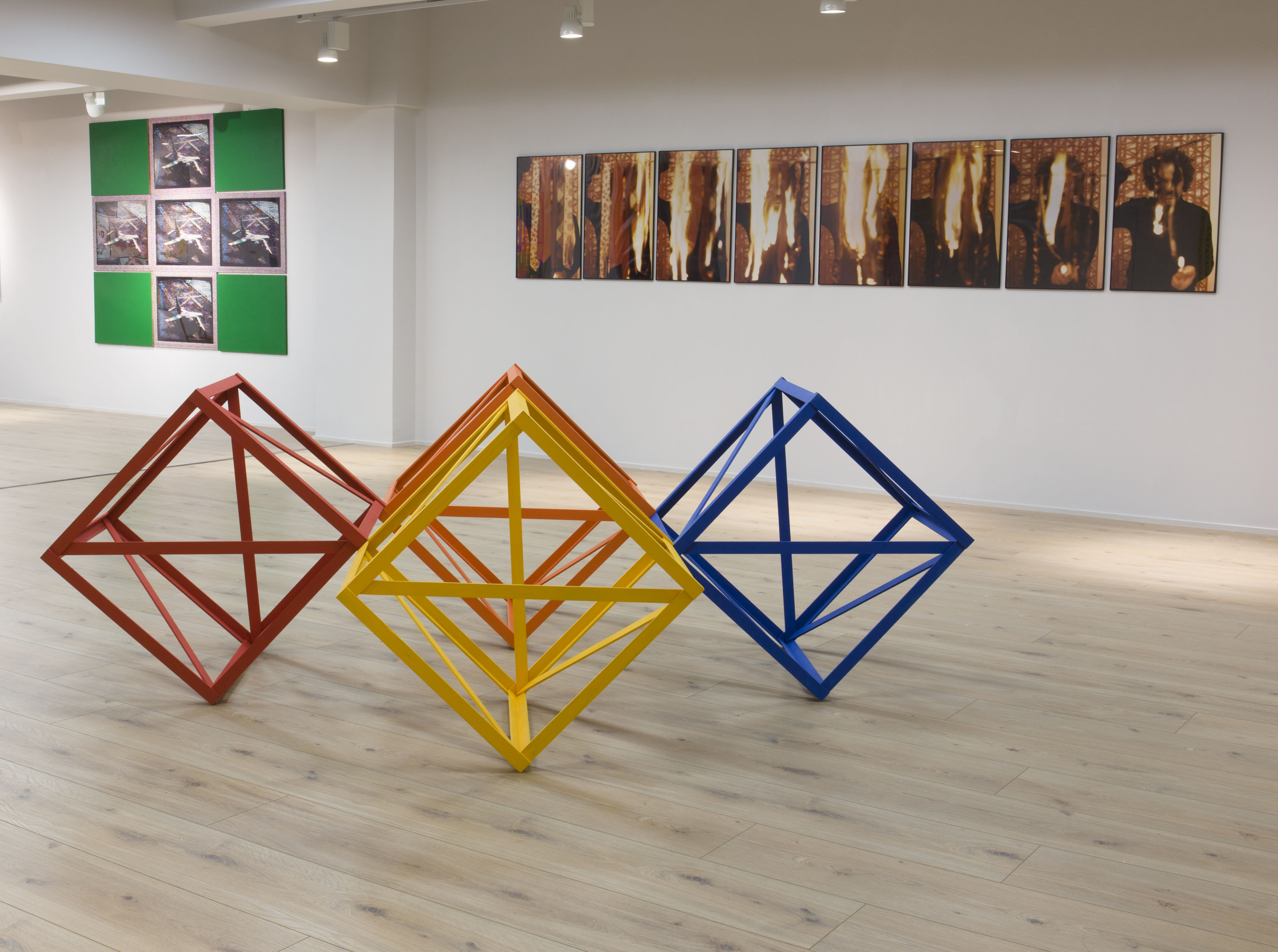 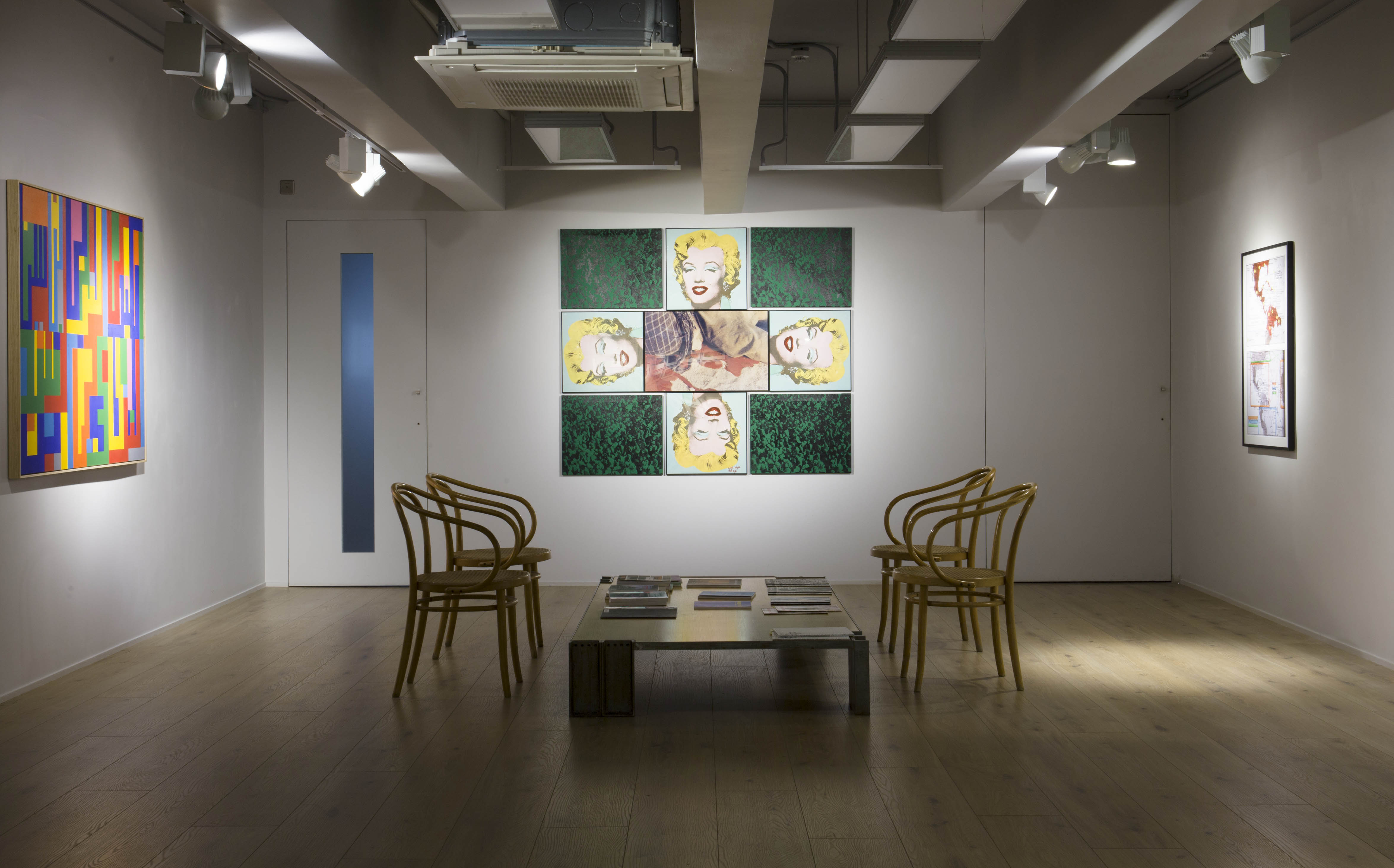