Leang Seckon (b. 1970s) has lived through some of the most volatile and violent years in modern Cambodia, and his works frequently derive inspiration from the country’s tumultuous history. The artist’s haunting canvases recall events from the French occupation to King Sihanouk’s brief boom to the US-backed coup d’état, which saw the country under Vietnamese army boots, to the signing of the Paris Peace Accords to the present day. And his immensely rich compositions expertly weave stories, at times gruesome and at times magical, from his personal history into fablelike vignettes.

Art historian Peter D. Sharrock points out that ‘his paintings and collages attest to a magnificent, ancient sensibility that has survived the vicissitudes and periodic nightmares of Cambodian history. His draughtsmanship and technical innovation articulate the living presence of the artistic gift that produced the mastery of form in stone and bronze which graced the efflorescence of Angkor a thousand years ago’.

Opening at Rossi & Rossi Hong Kong on 21 May, Growing Wings features Seckon’s latest body of work that condenses the dazzling changes in his home country into compositions interspersed with mythic Khmer folklore. This is the artist’s fourth solo exhibition with the gallery.

Seckon often looks at the latest technological changes with an ancient sense of wonder. The pervasive presence of modern telecommunications thus takes on a quasi-deified quality in his works. Symbols of social media frequently appear on his tableaux together with the indispensable Wi-Fi logo, or rather, as the artist puts it, the ‘ Wi-Fi god’. In Ancient Sky with New Technology (2021), Seckon compares the celestial realm above Angkor Wat – where, according to folklore, mythical creatures are said to inhabit – with the sky under which he has found himself in gigantic metropolises and through which flights and invisible communication signals travel. Yet, he stresses that however ancient or post-modern a society is, the human desire to explore the unknown remains unchanged, and the sky is one of the best illustrations of such ambitions.

Born during Cambodia’s civil war, Seckon lived through the reign of the Khmer Rouge as well as Vietnamese occupation, and ghosts from the past sometimes find their way onto his canvases. Citing the ancient tale of the gallbladder-hunter from A Record of Cambodia: Its Land and People, a thirteenth-century book by Chinese diplomat Chou Ta-kuan, the artist exorcises the spirits of a bygone era in his Broken Reflection (2019). Referring to Khmer Rouge guerrillas who dressed in black with scarves around their necks, the protagonist in the work is an androgynous figure with bright lipstick. The shadow of the gallbladder-hunter lurks in the dark, wondering: Was it the stolen organ that made the central character misconfigured?‍

A pioneer in Cambodian contemporary art, Seckon produces works that are both narrative and autobiographical. His creative process allows him to record, understand and digest his past and the living present alongside the collective Khmer psyche. 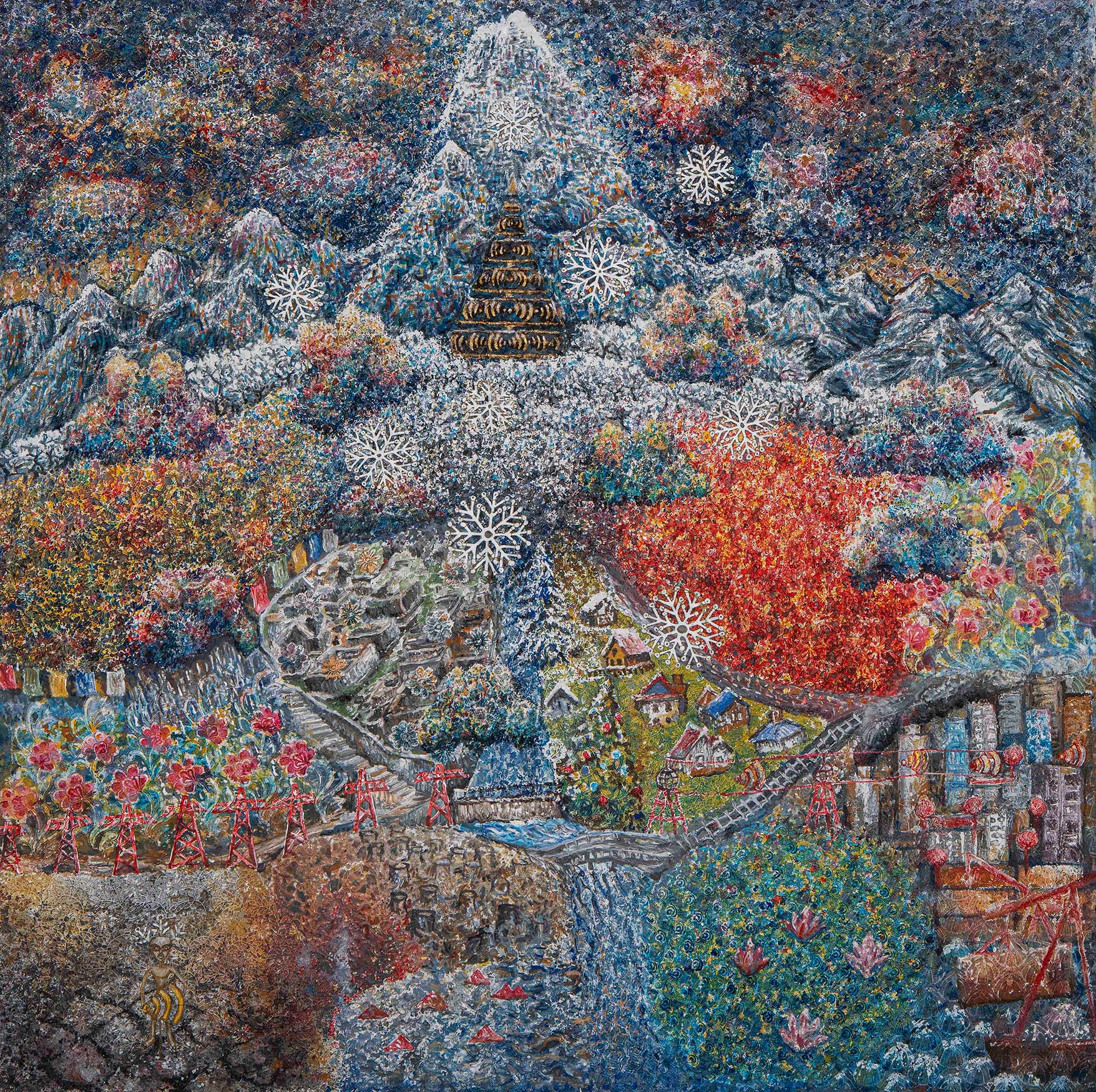 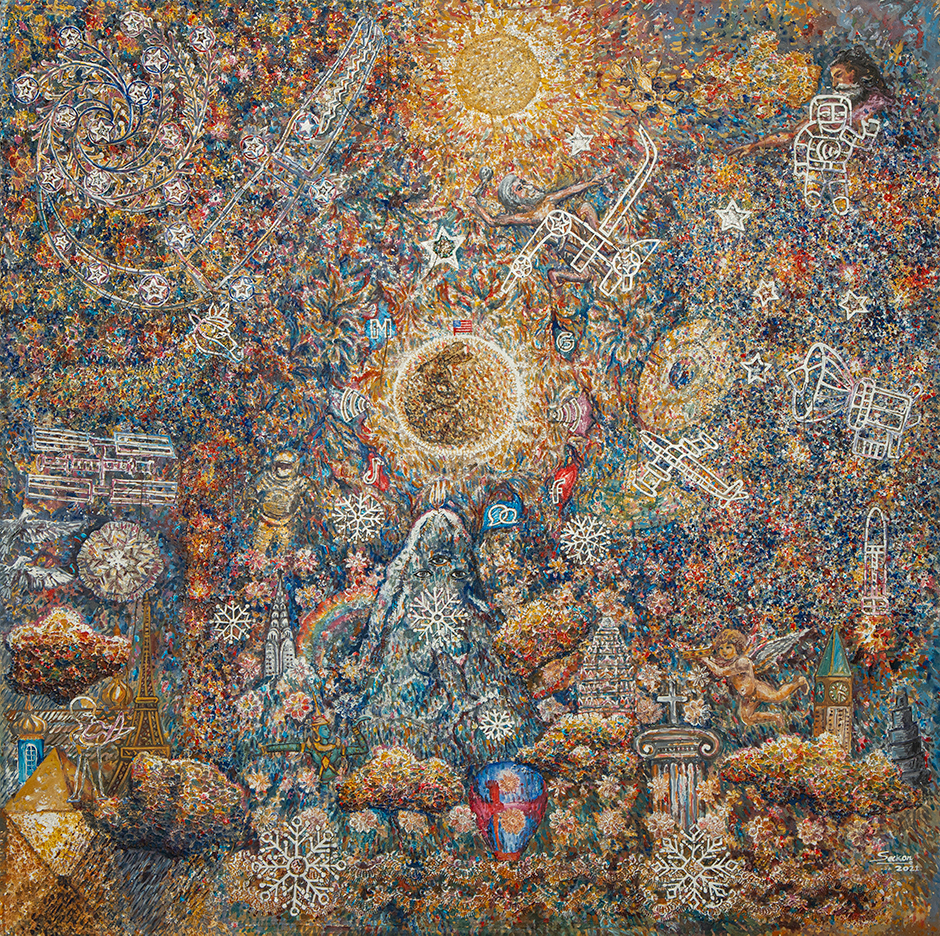 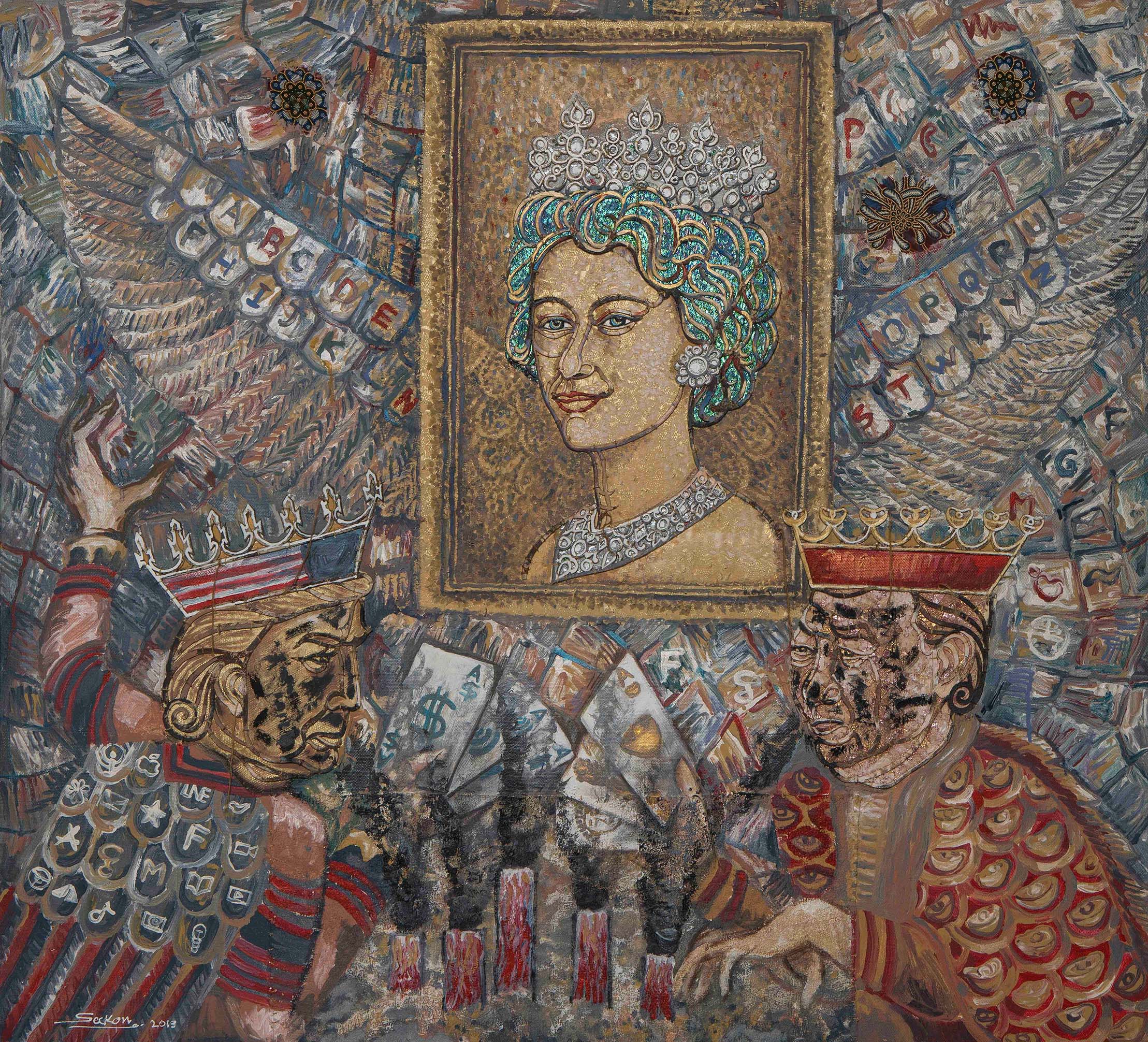 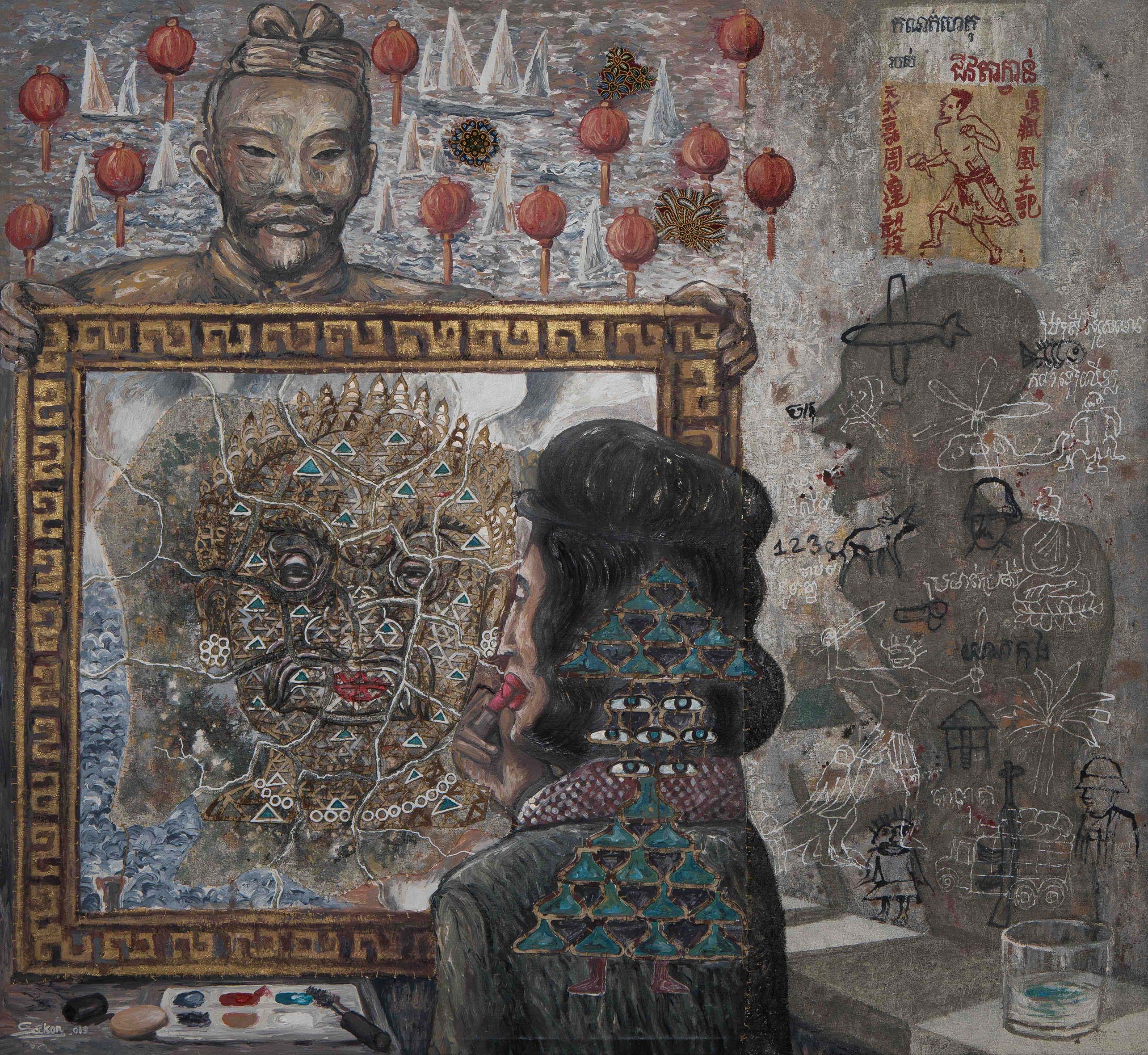 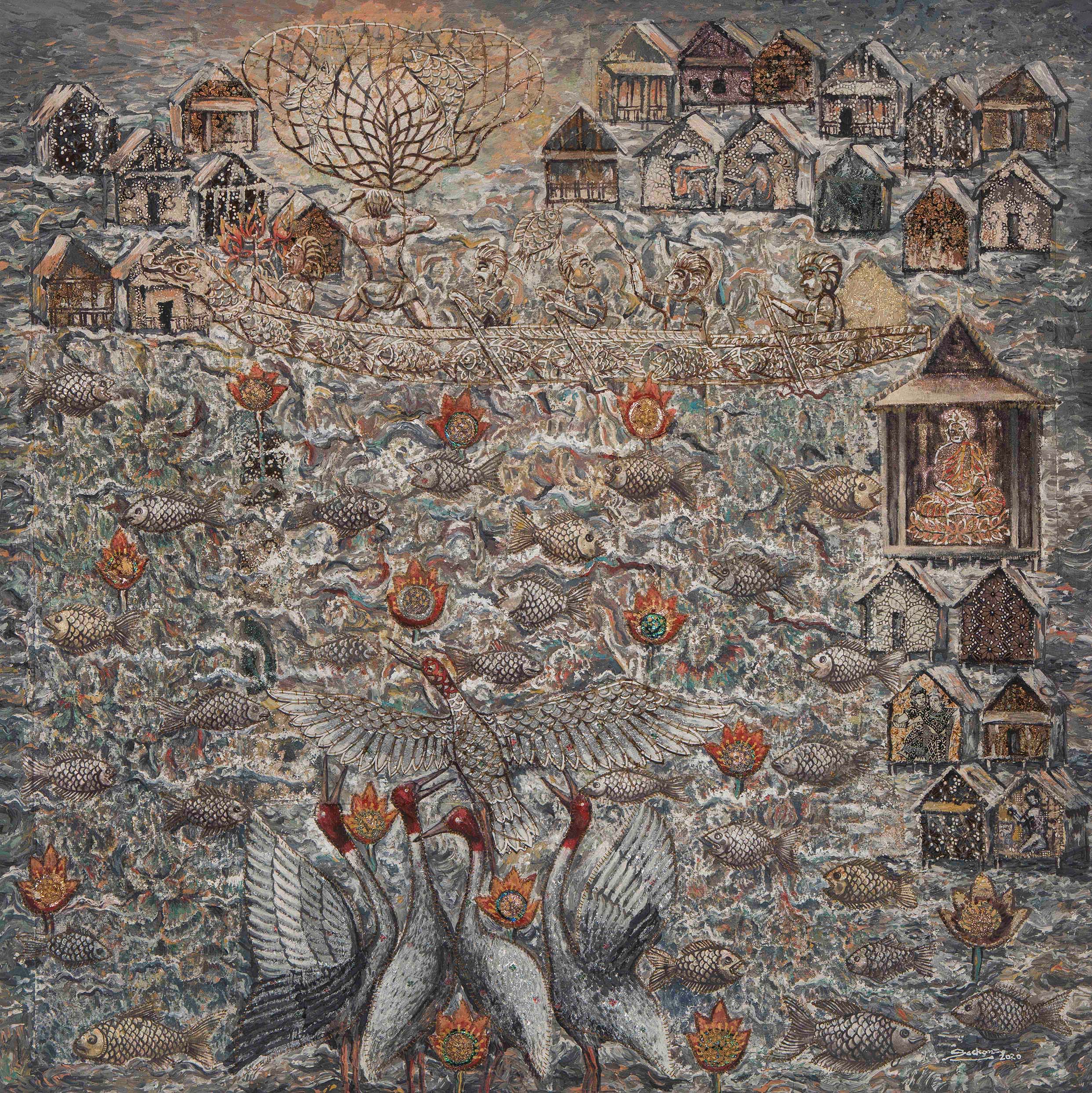 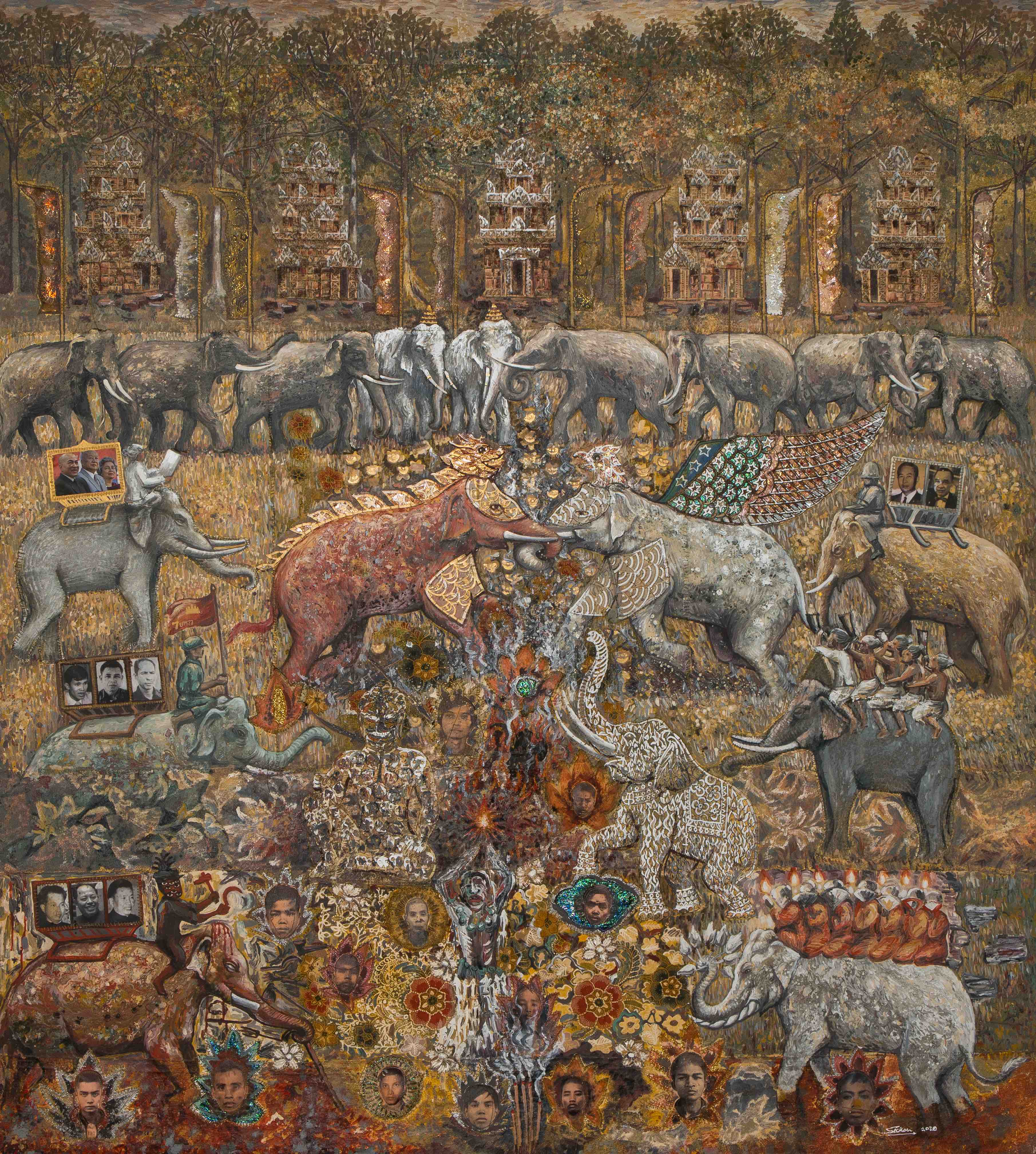 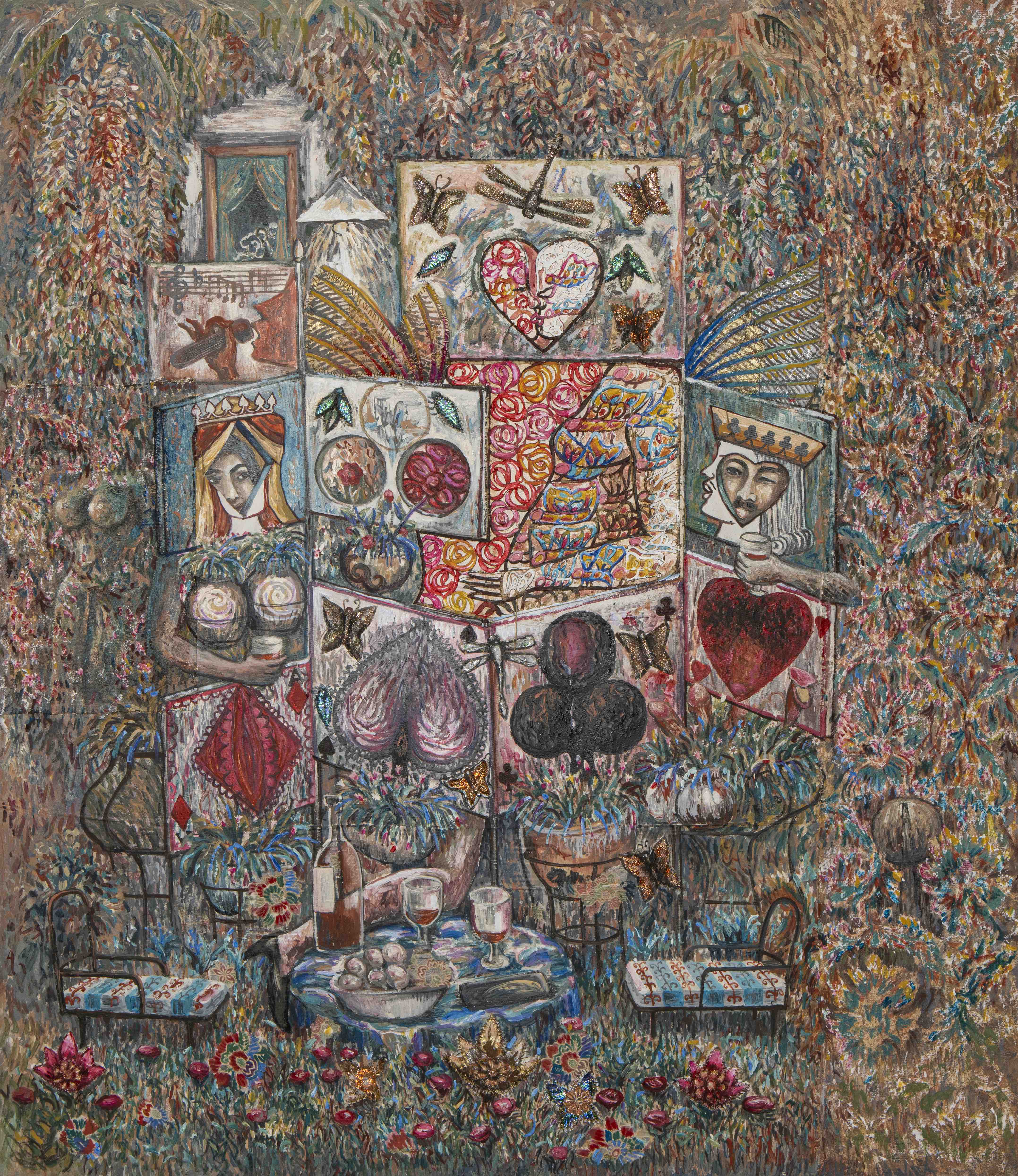 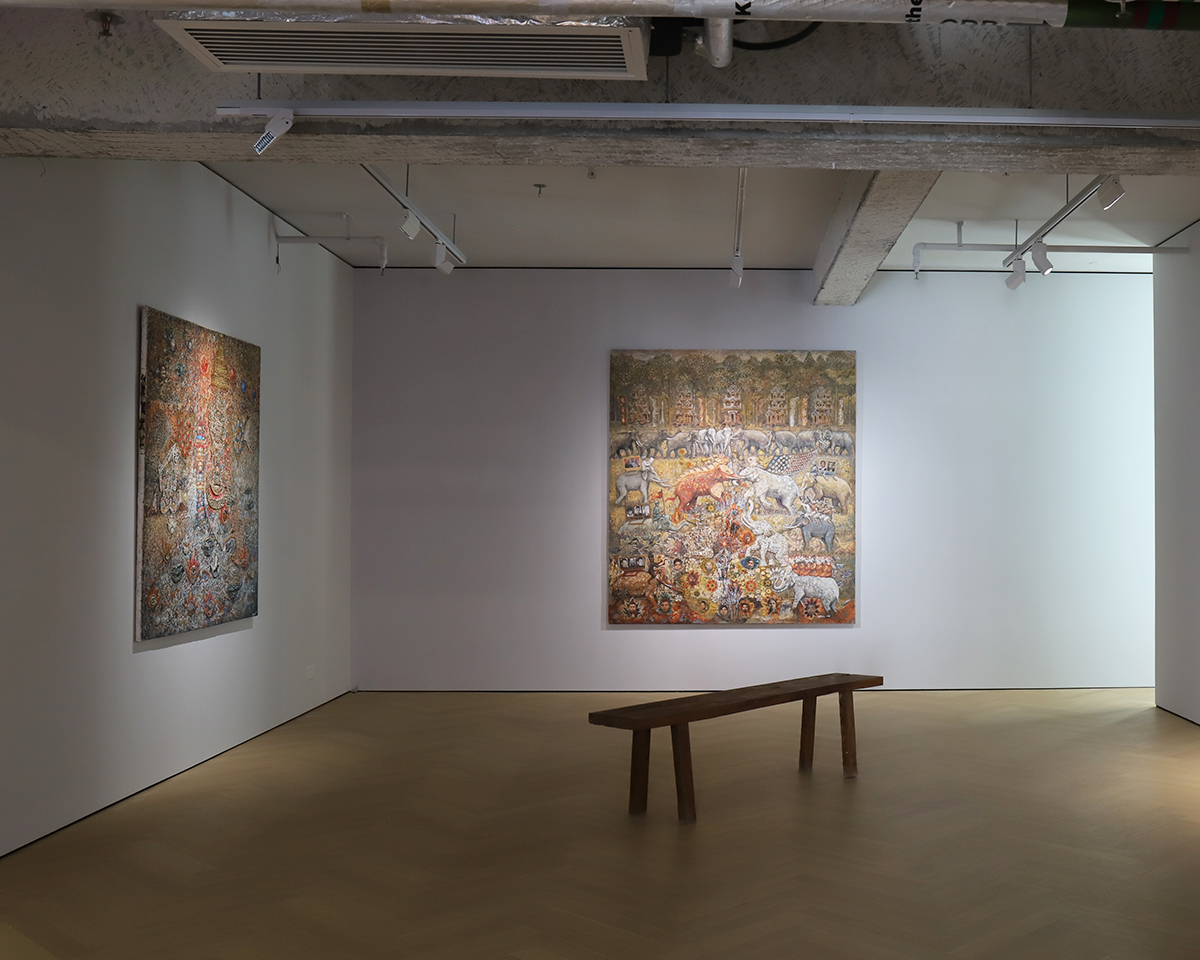 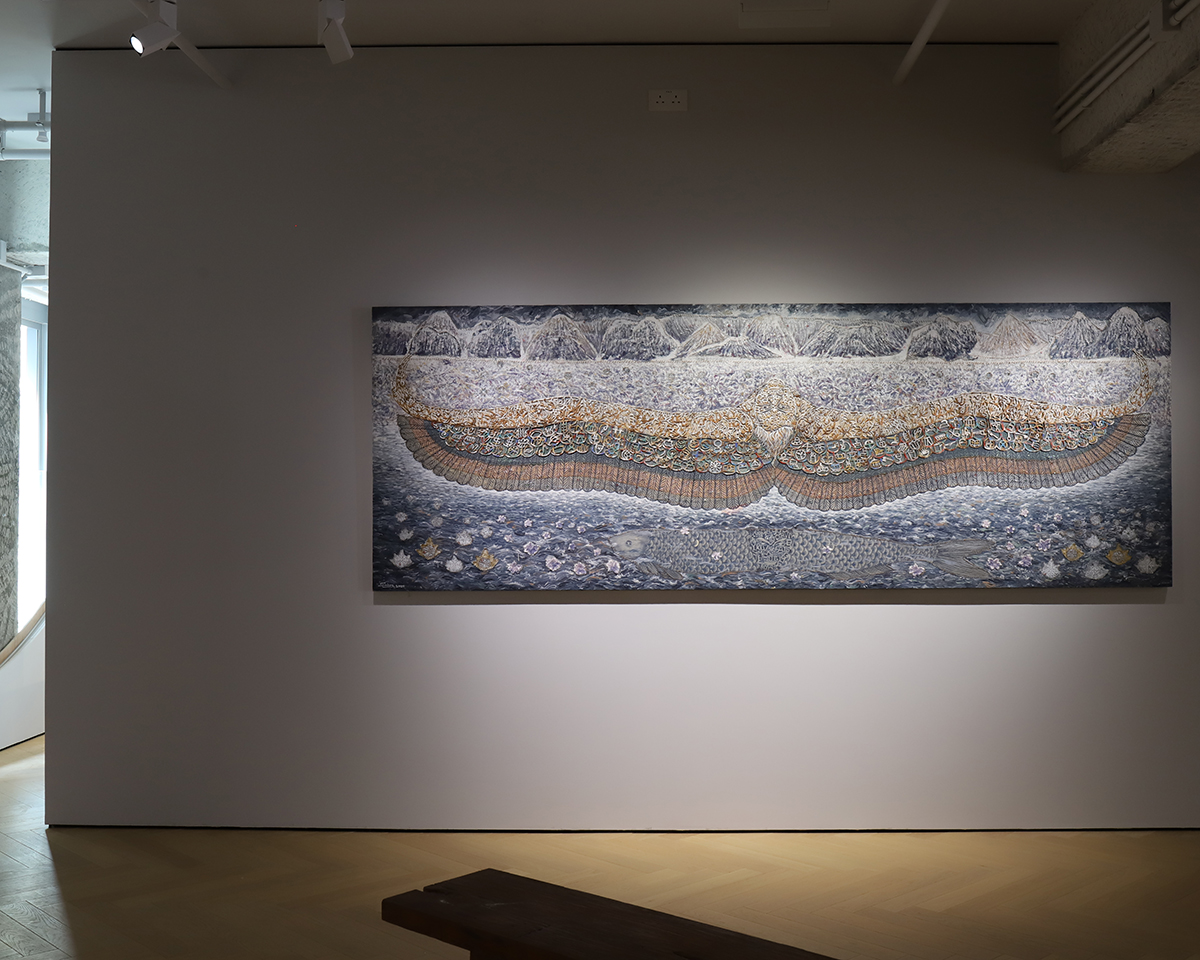 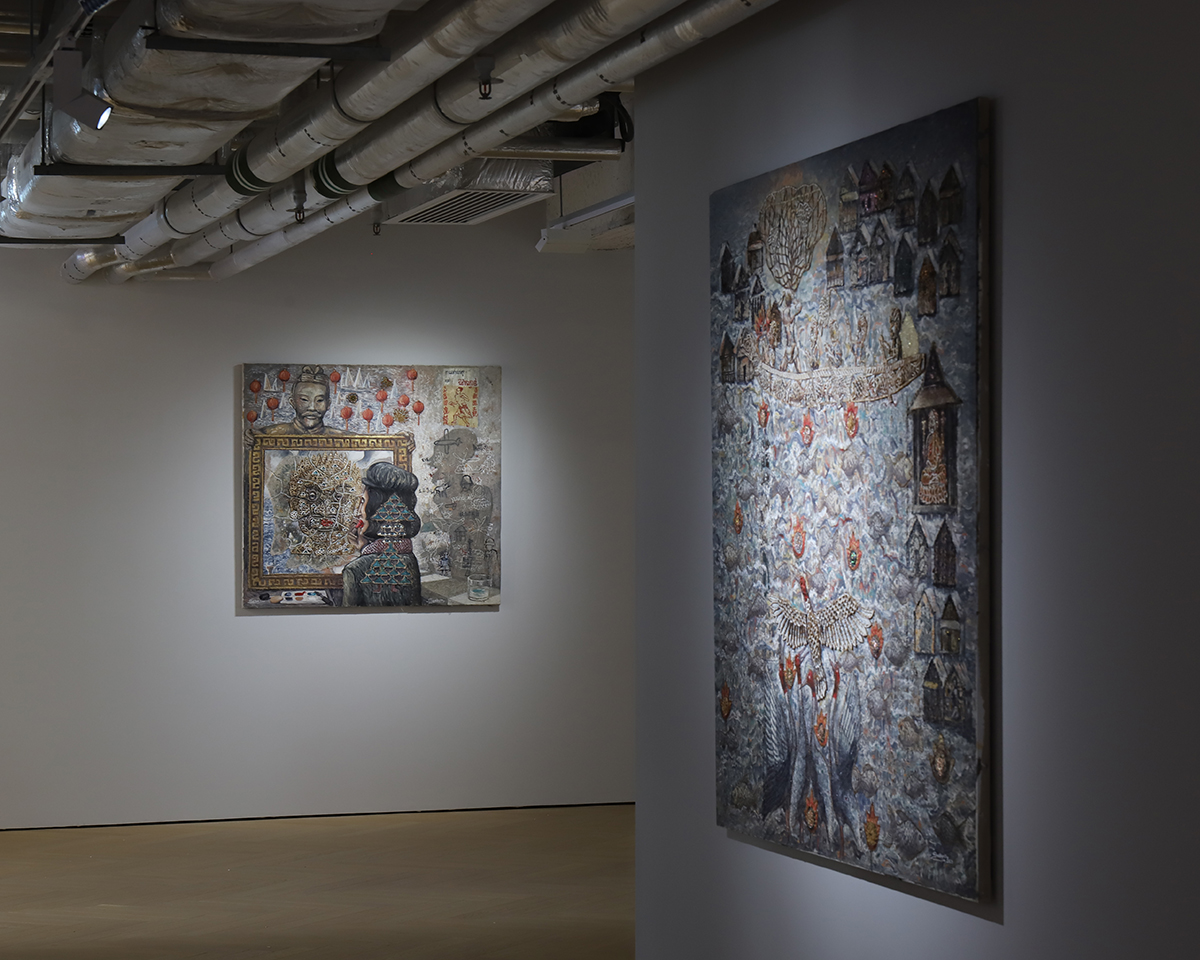 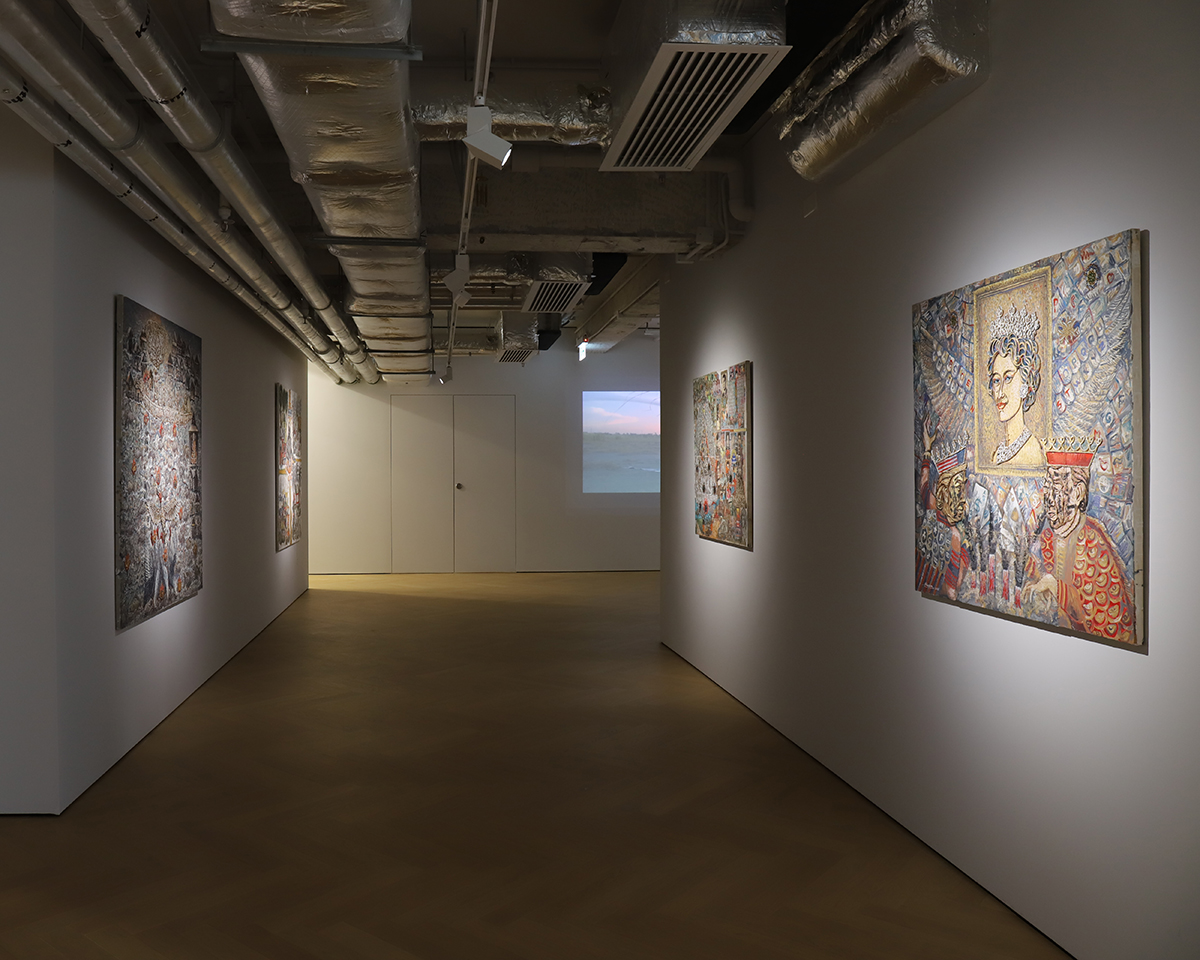