Rossi & Rossi Hong Kong is delighted to announce Knock, Knock, a solo exhibition of works by Kesang Lamdark. Exploring the transformation of his spiritual homeland, the works on view juxtapose imagery from classical Tibetan art with that found in an imported Chinese consumer culture.

The show’s title derives from the repetitive sound the artist makes as he hammers tiny holes to create micro-pointillist lightboxes and aluminium can sculptures. Describing his process, Lamdark says, ‘The knock knock is the drumbeat, the heartbeat – meditation…similar to the sounds of monks making a sand mandala. I’m making a light mandala, releasing with my needles light to go through’.

Born in exile in Dharamsala, India, Lamdark was accepted as a refuge by Switzerland, where he was raised and educated before moving to New York to attend university. His father is a Rinpoche, a reincarnated lama. The artist’s work continuously attempts to reconcile the social, spiritual and political asymmetries of his Tibetan-Western identity.

For his sculptural Drunk Driving in Lhasa (2017), Lamdark mounts Lhasa Beer cans on a cracked car windscreen, which is surrounded by disco lights, producing the effect of a fire burning inside. Hammered into the bottoms of the cans are micro-pointillist images of Tibetan holy men, along with The Blues Brothers, a car crash and a woman performing fellatio. ‘Sex and death are closely related’, Lamdark says. His car crash thus becomes a tragic symbol of the high-speed destruction of culture brought about by the tourist industry, a commentary on dilettantes who take the high-speed train to Tibet seeking ‘spirituality’ during the day, and then drinking and partying at night.

The plight of self-immolators is a recurring theme in Lamdark’s art. It is referenced in Illuminati (2018), which features a black light illuminating the burning figures inside. Covered with transparent plastic wrap on which the artist placed his fingerprints, the work questions the concept of identity for those who have burned theirs in the name of freedom.

Superheroes (2018) combines images of ancient heroes with Tibetan deities and Marvel Comic figures. ‘Modern superheroes remind me somehow of all the [gods and] goddesses in Tibet, who are like superheroes for me’, Lamdark says. He explores and embraces the differences between the two cultures, offering new perspectives on the deities of Tibet, superheroes of the West and the occupation and commercialisation of his birthplace. 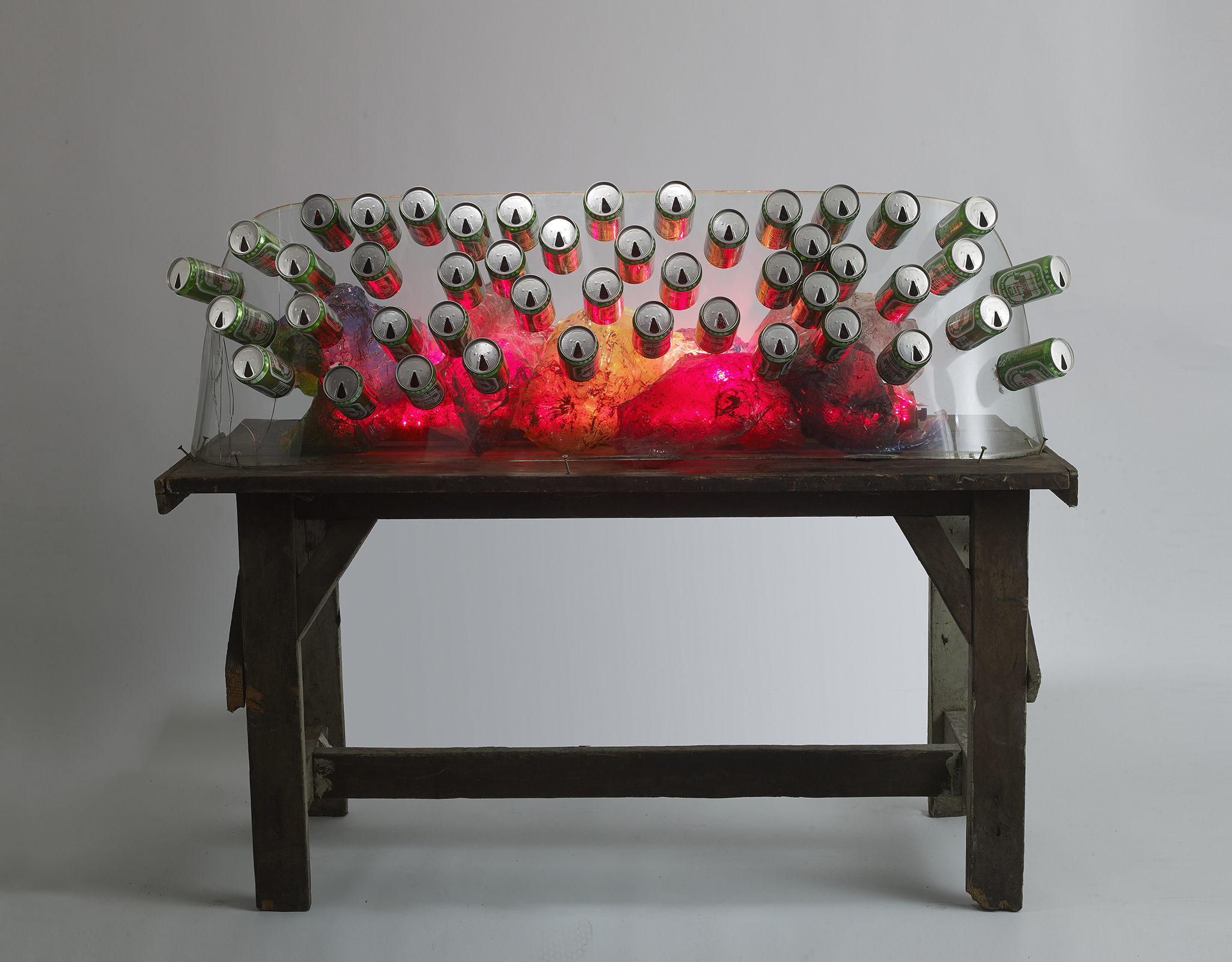 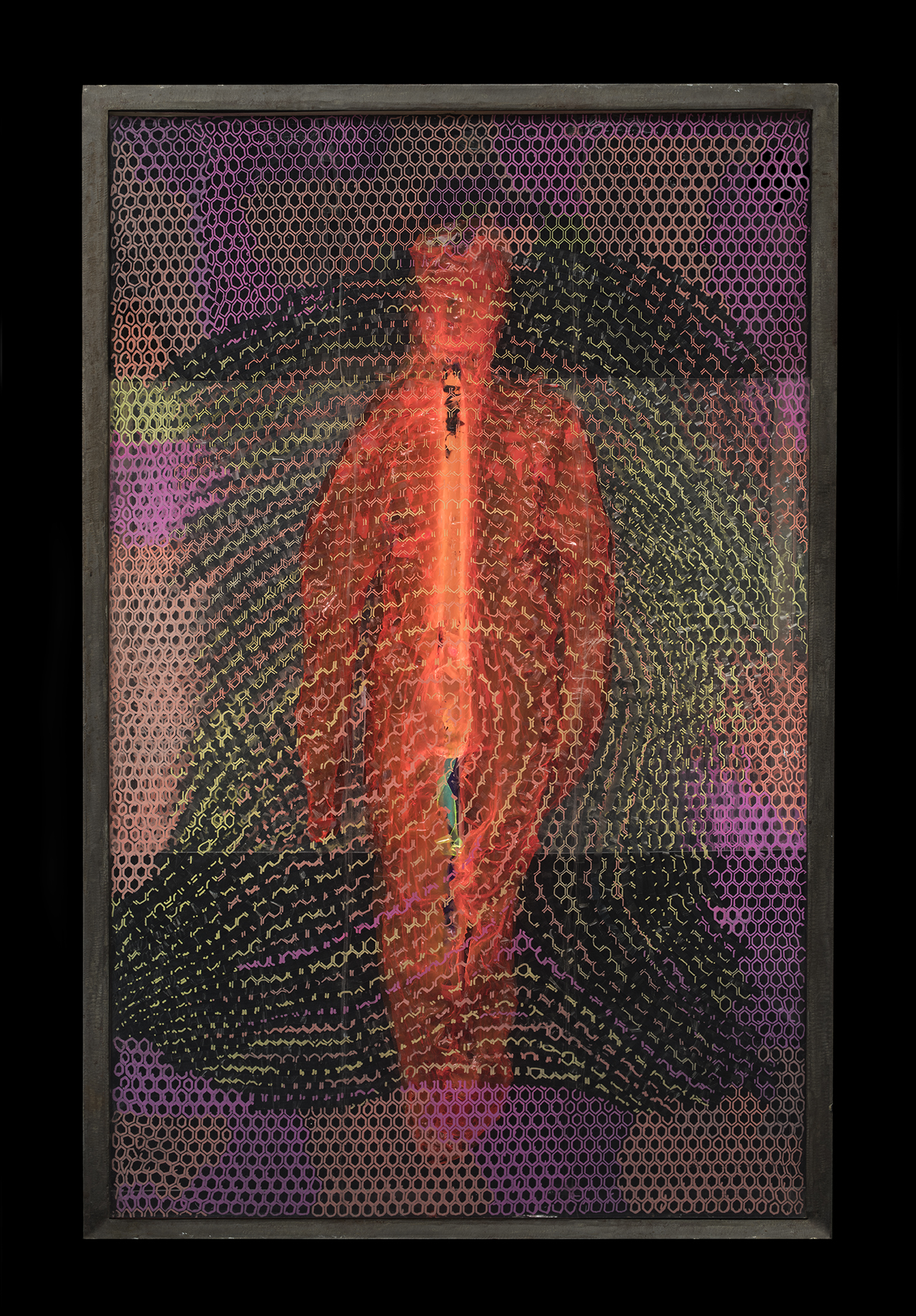 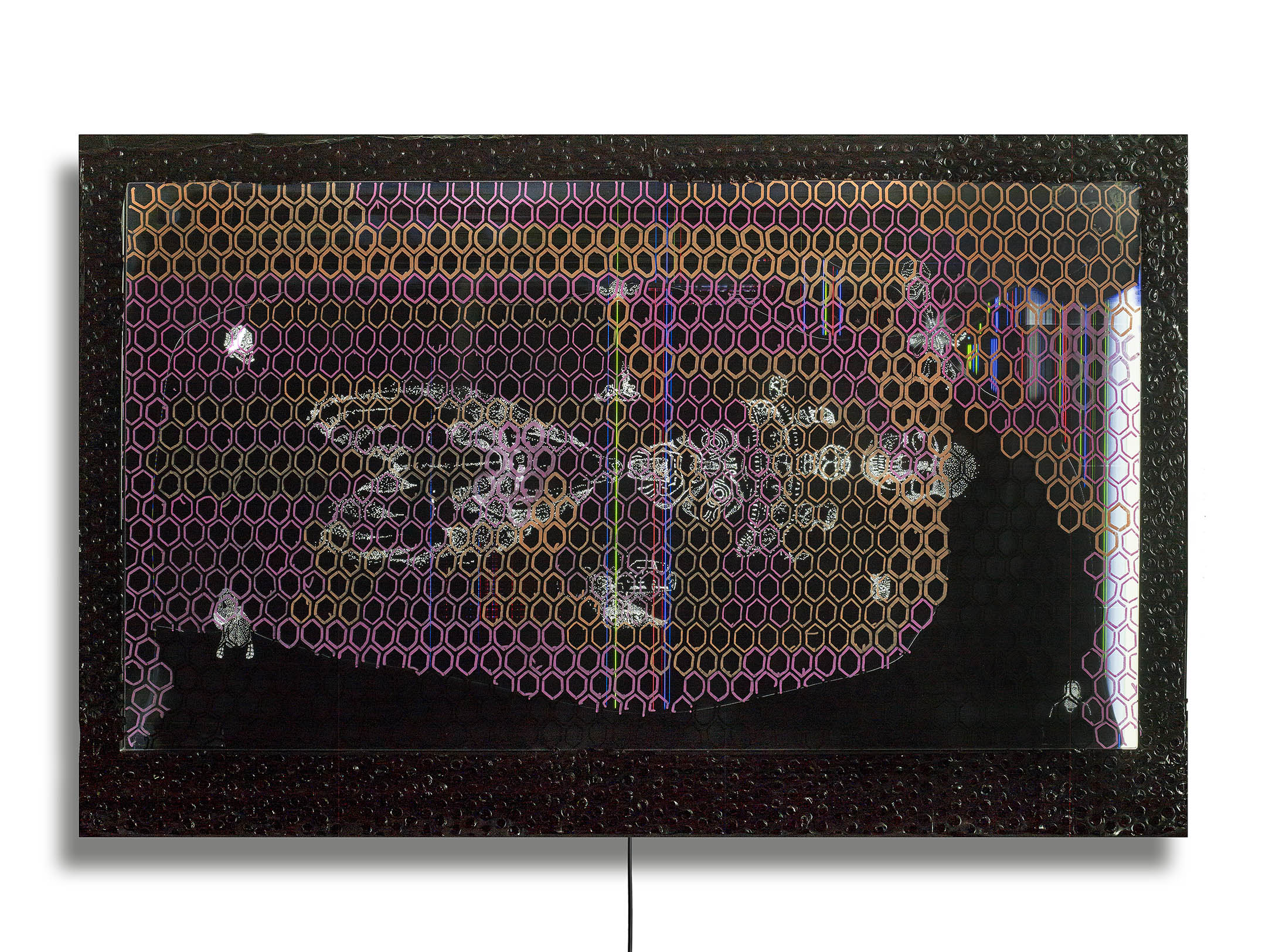 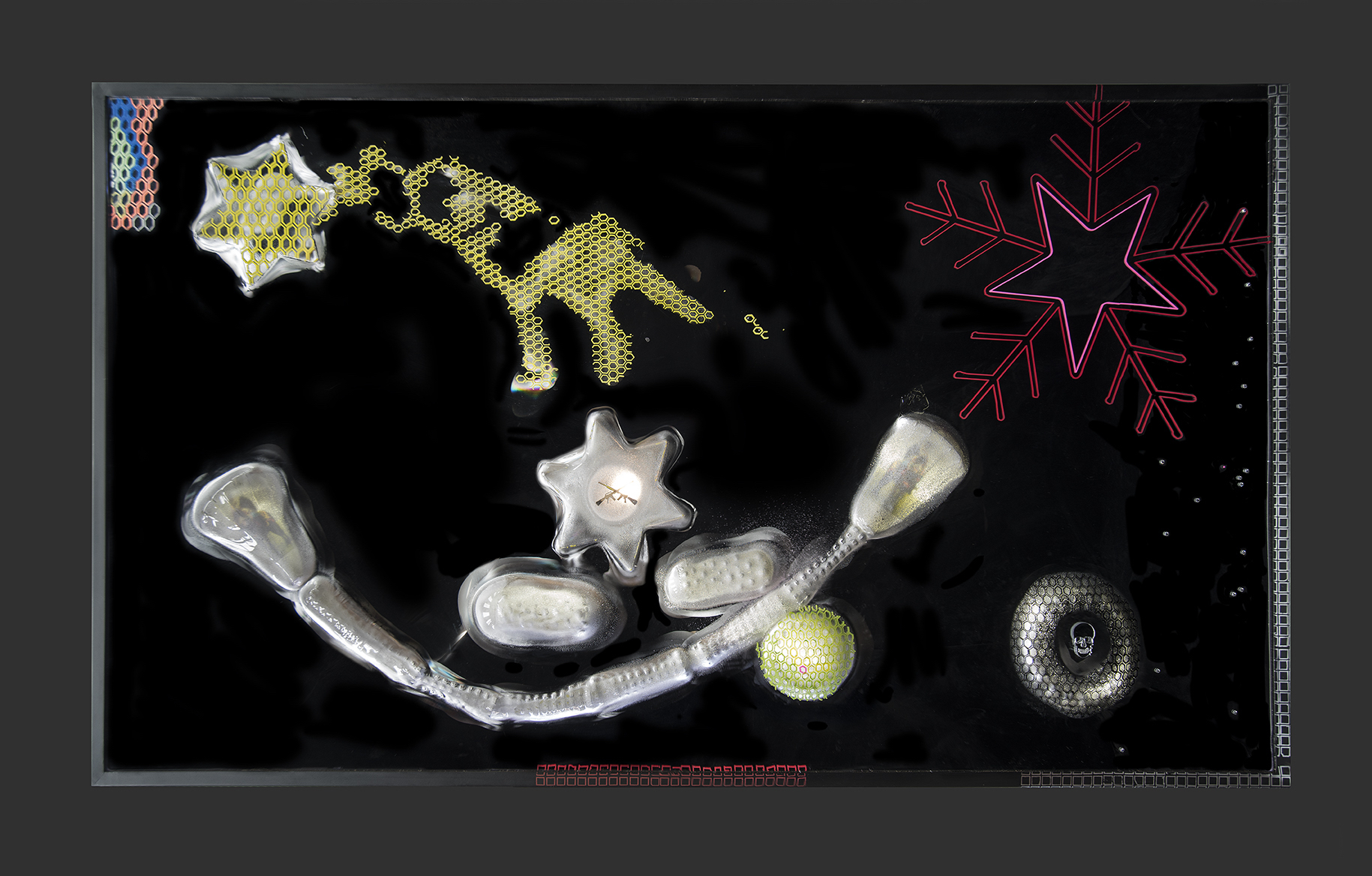 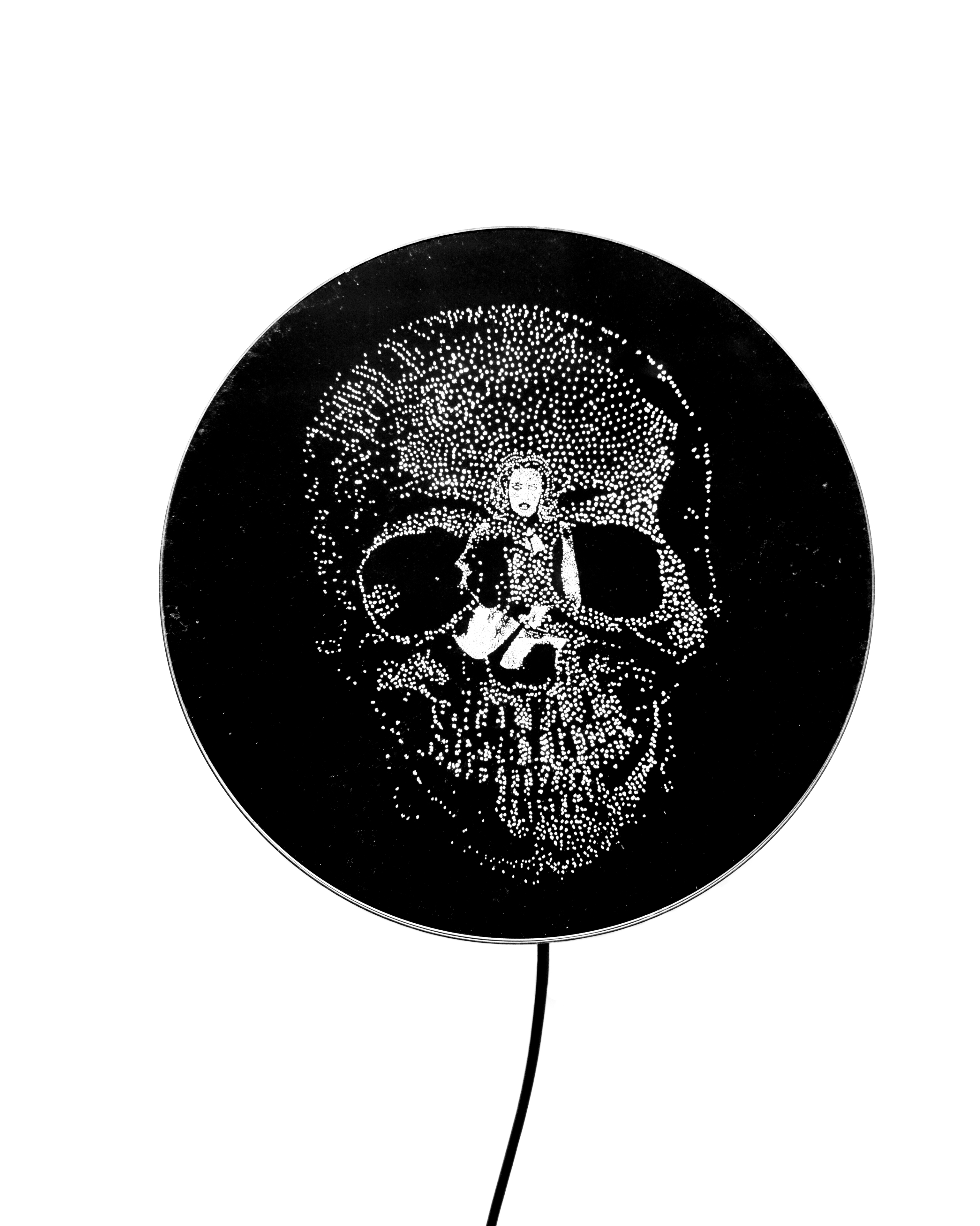 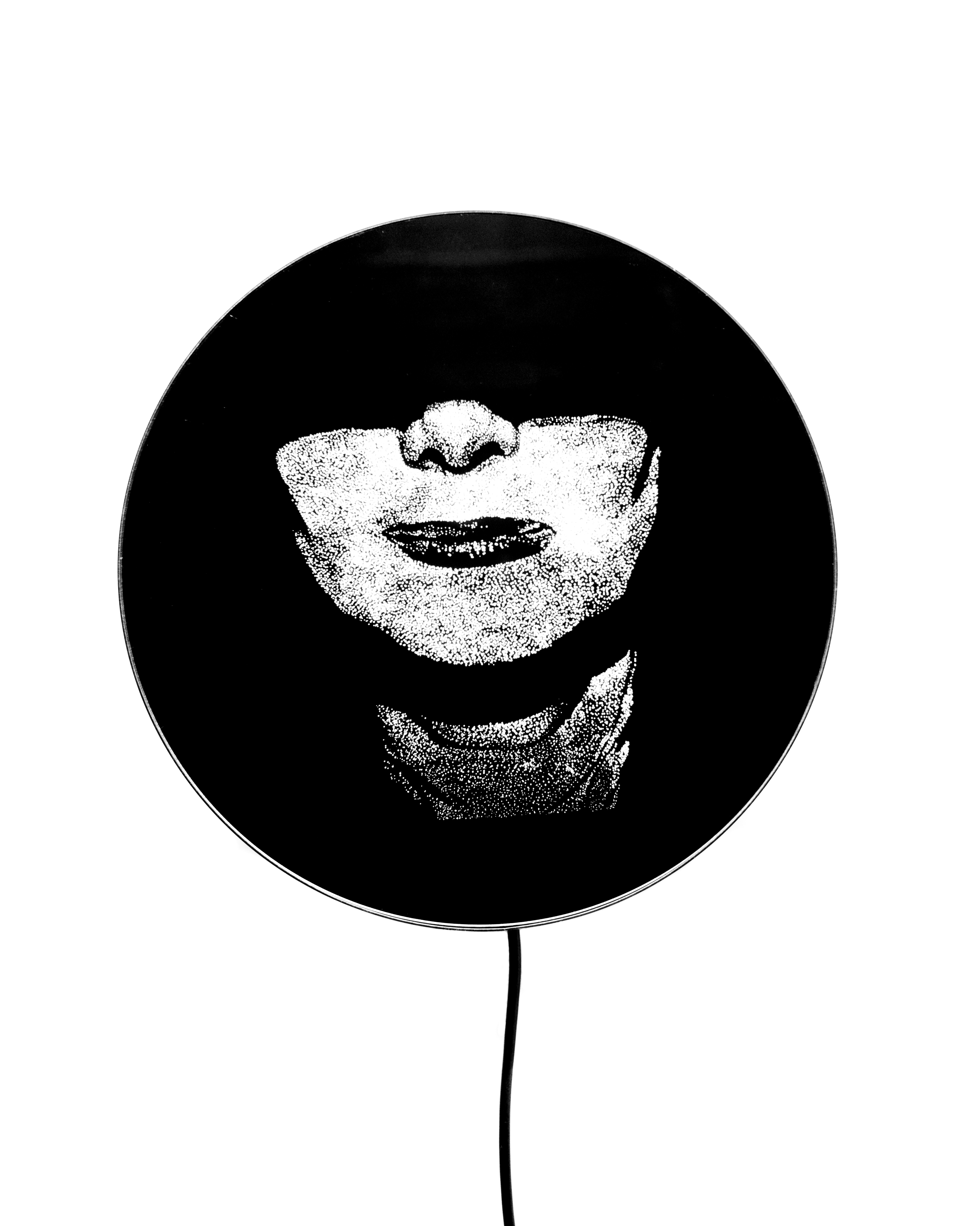 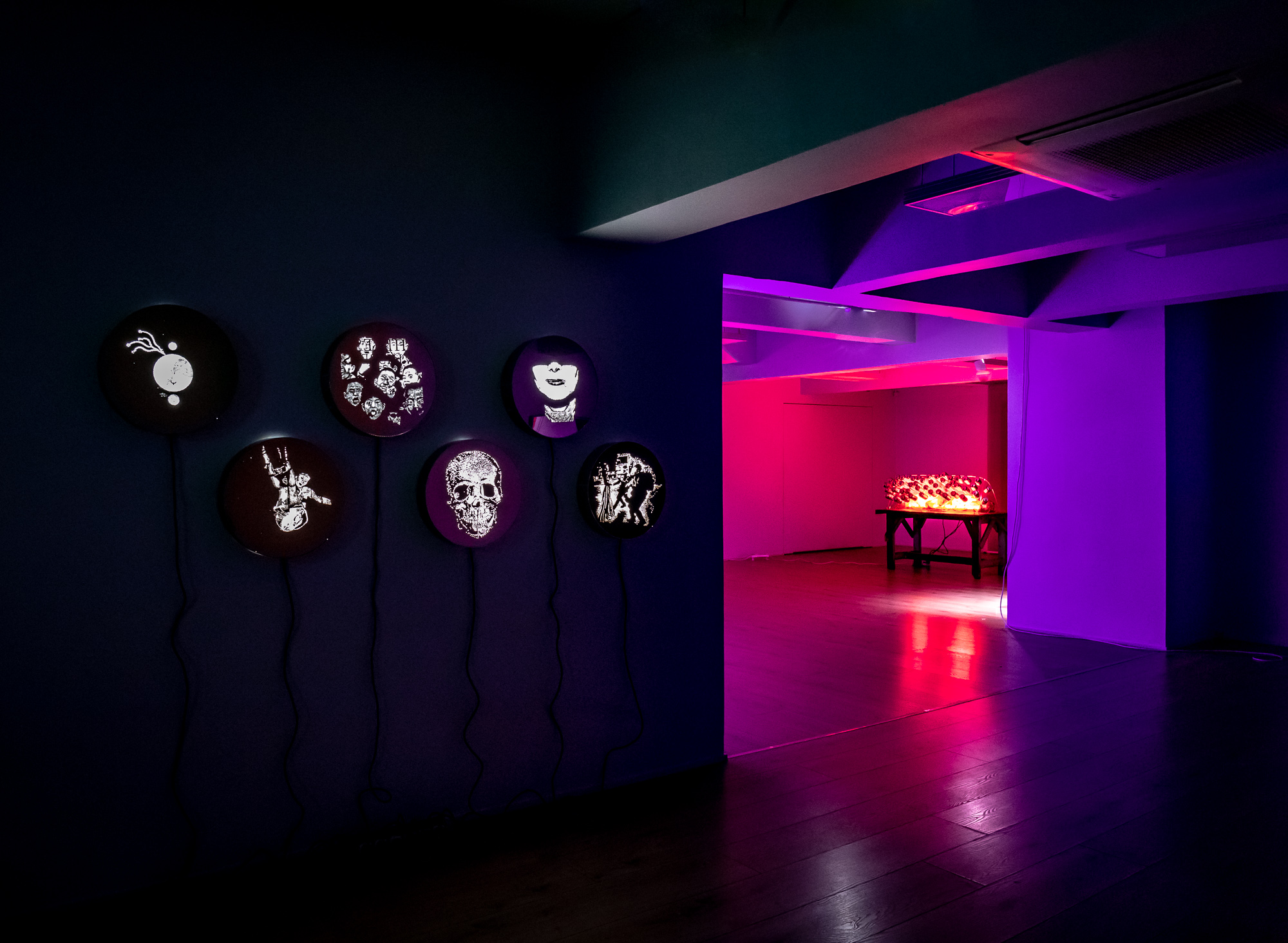 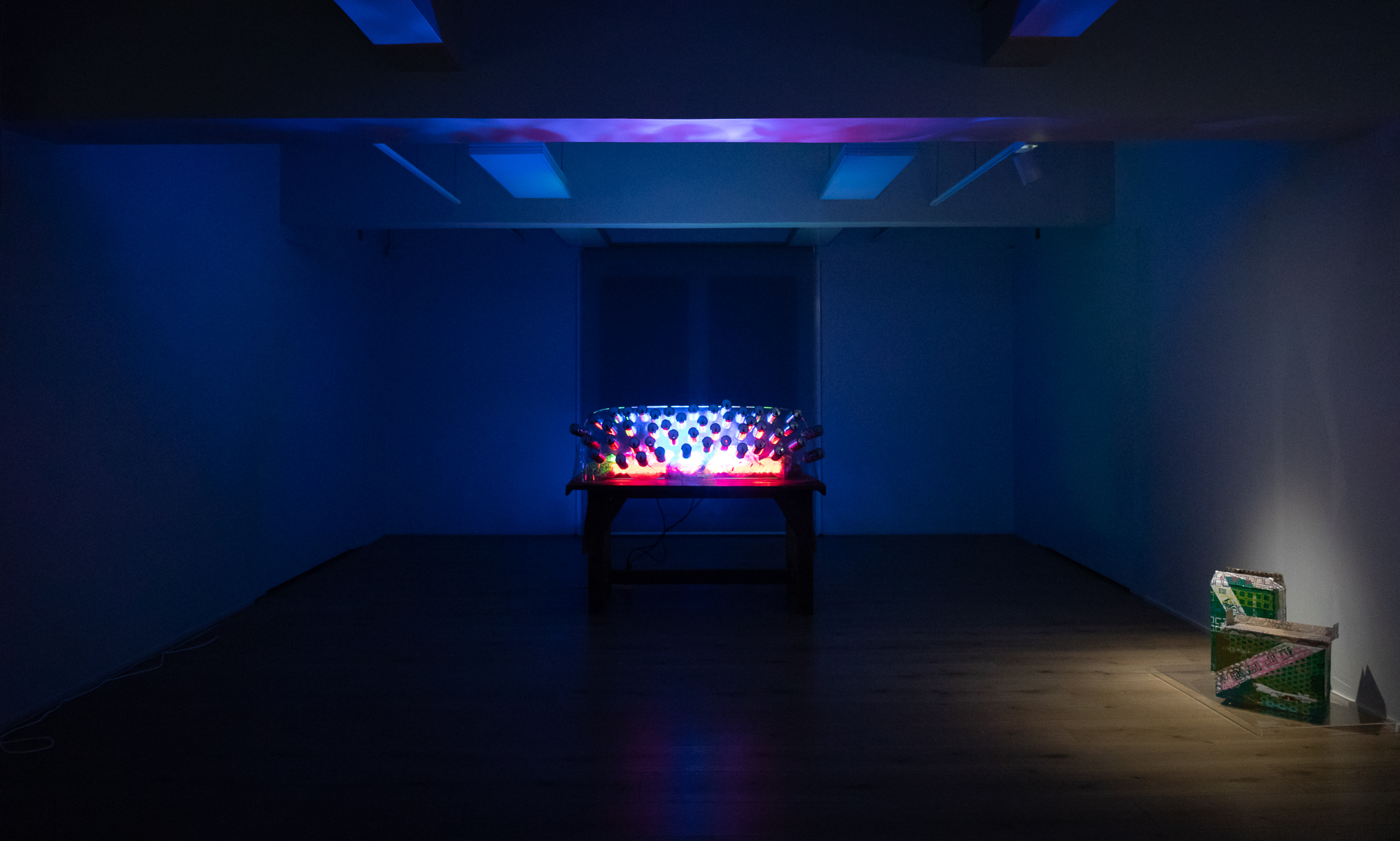 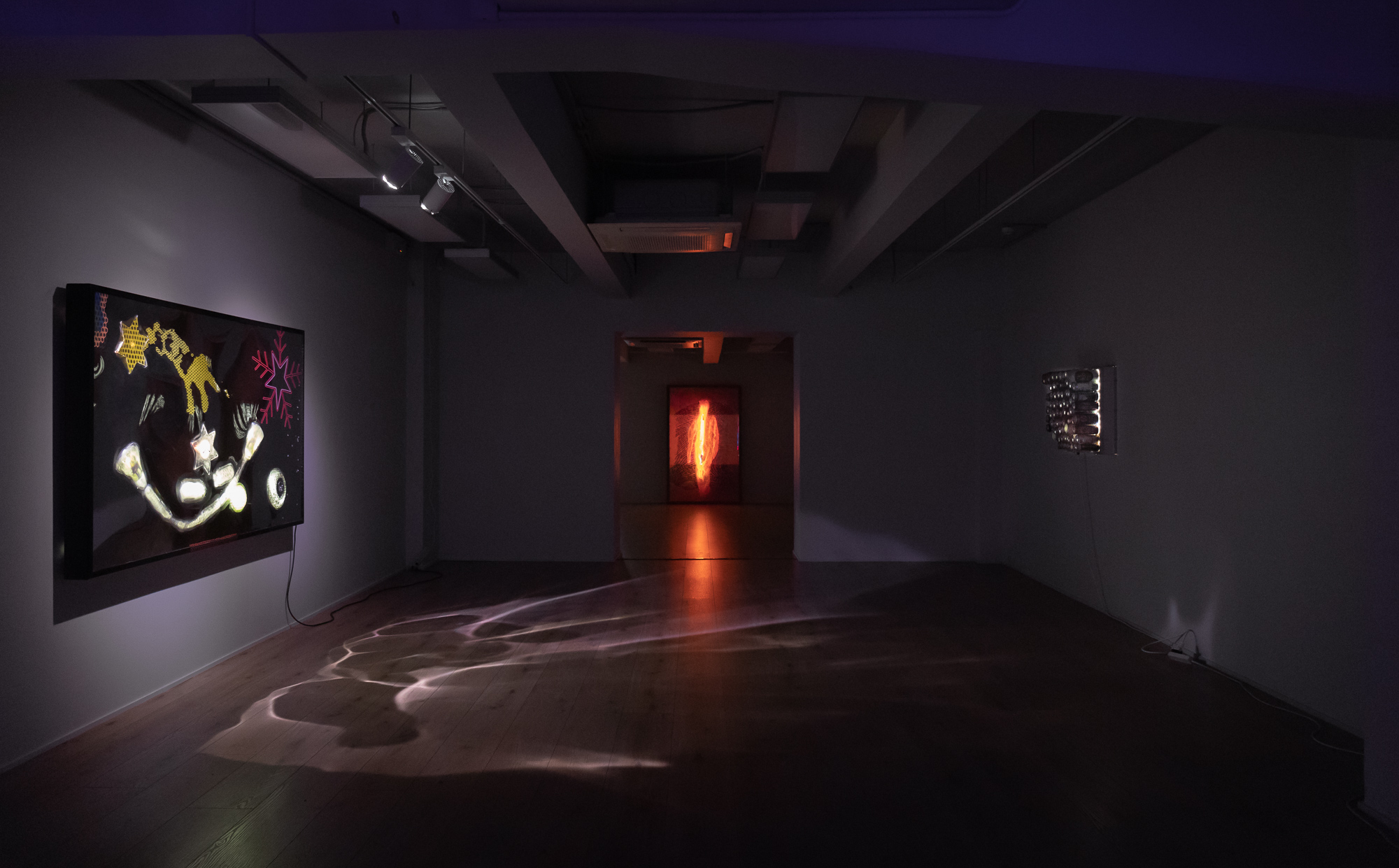 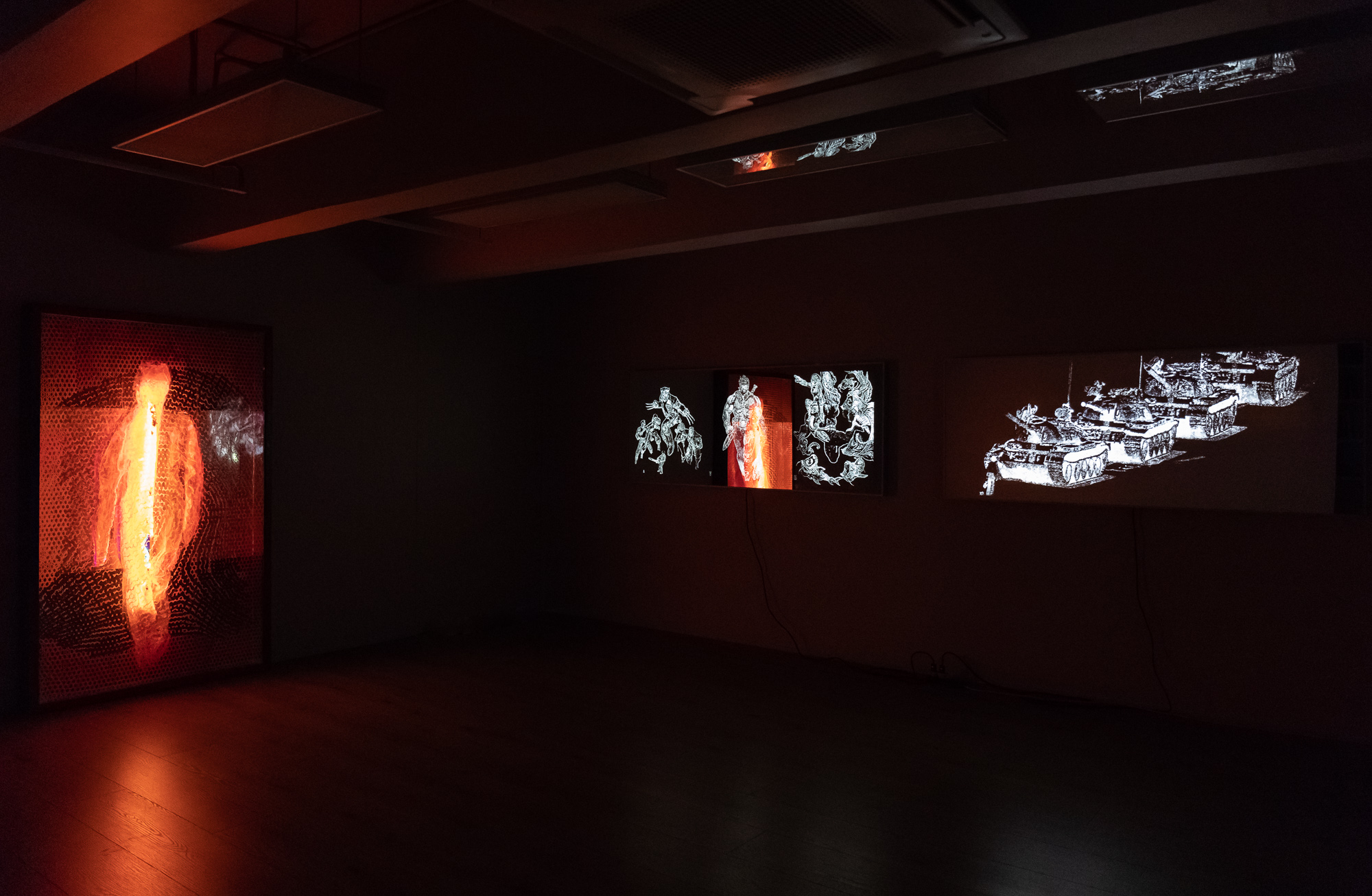