The exhibition includes The Sixth Circle: On Message (2015), the sixth in a series of multi-panel modular oil paintings entitled Eternal War (2008–15) that charts the history of warfare from the premodern era to the present. TheShahnameh manuscripts—the Persian Book of Kings, originally written in the tenth and eleventh centuries—form the basis of Abbassy’s pieces. Illustrated epic poems written in Farsi, the manuscripts document the invasions of the Persian Empire. Within Abbassy’s series, each work’s narrative is reordered and subsequently reinterpreted—thus showing that conflicting narratives are essential aspects of war. On Message incorporates the use of propaganda as a long-standing weapon of war: the work features cameras lined up to face one another like standing armies, creating alternate narratives of the same event. The second work in this series, The Eternal War II (2011), is in the permanent collection of the Metropolitan Museum of Art, New York, and is currently on display in the museum’s Islamic galleries.

In contrast to the ‘masculine’ aspect of the Eternal War series, the majority of paintings and drawings on display inLove & Ammunition are an invitation into the ‘feminine’ realm, where the canvas becomes a place of self-examination; a ‘mirror of inclusion’, a place to contextualise the Self and establish an identity. The central figure in most of her works appears as an archetype rather than a literal attempt at self-portraiture. As Abbassy explains, “It’s as if I’m trying to depict myself from the inside out, starting with how it feels to be me, or rather, how it feels to be human”.

A self-proclaimed ‘fictional historian’, Abbassy excavates the art of cultures that were considered to be outside the ‘Western Canon’: Indian, Persian, Tibetan, Hindu, Muslim, Buddhist, etc. Throughout her work the artist appears in various avatars evoking archetypes from ancient Greek mythology and Old Testament stories. Each title offers clues to the corresponding work’s source of intellectual, cultural, mental and emotional dilemmas, the kind with which we all struggle.

By fusing disparate languages, conventions and myths, Abbassy seeks an iconography of hybridism, where underlying common threads can be found. Her work transcends cultural boundaries by proving the porous nature of cultural influence through migration, both past and present. 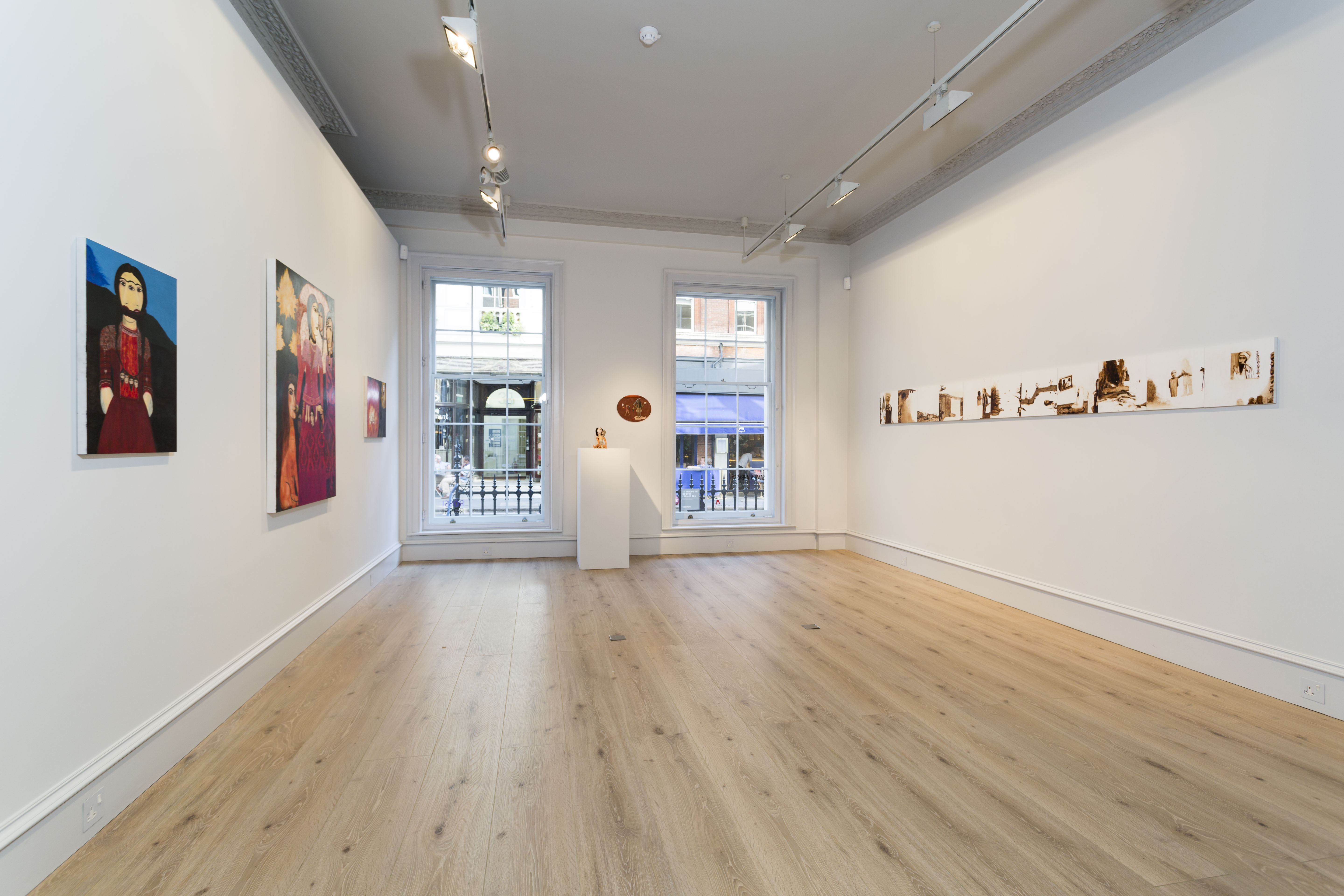 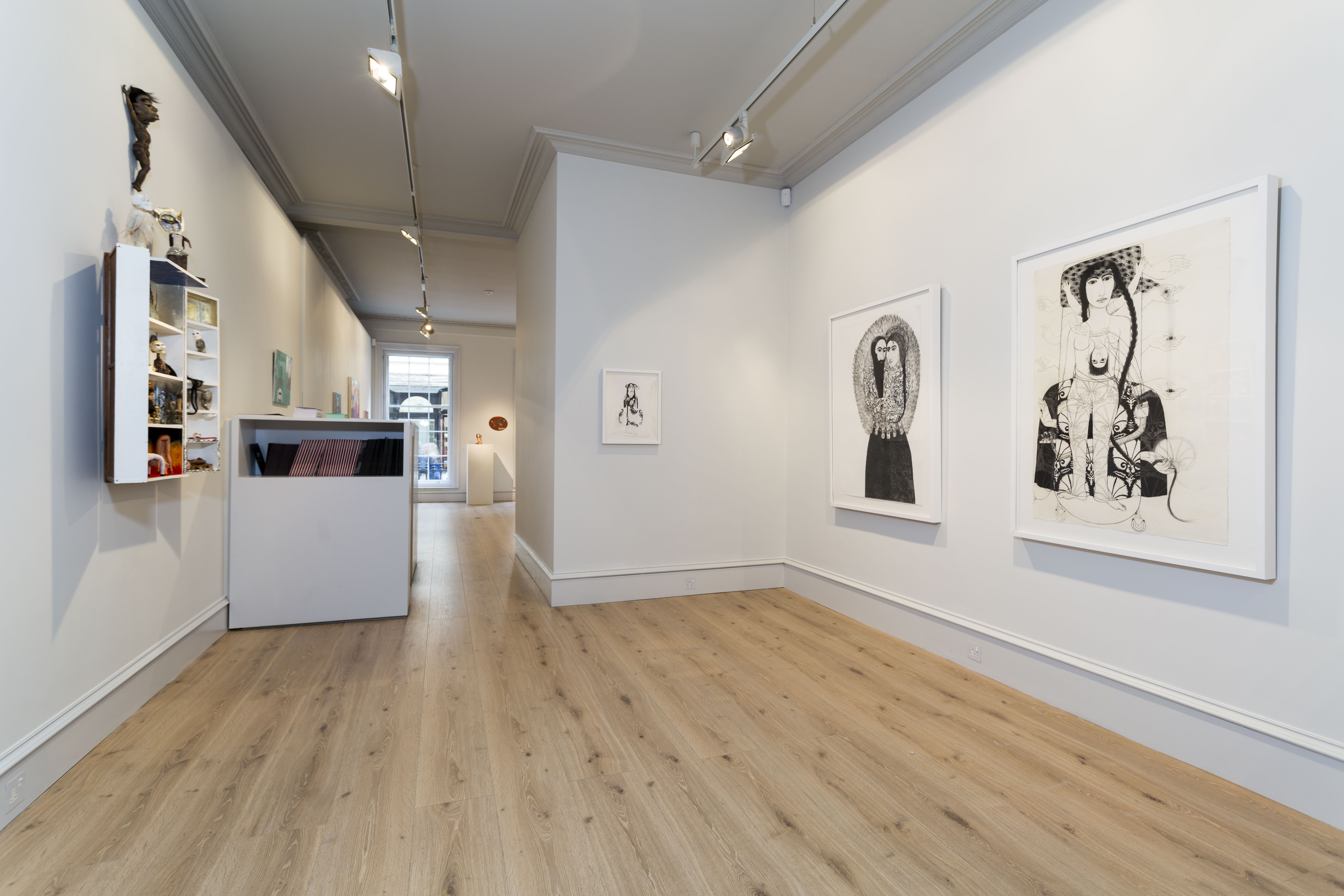 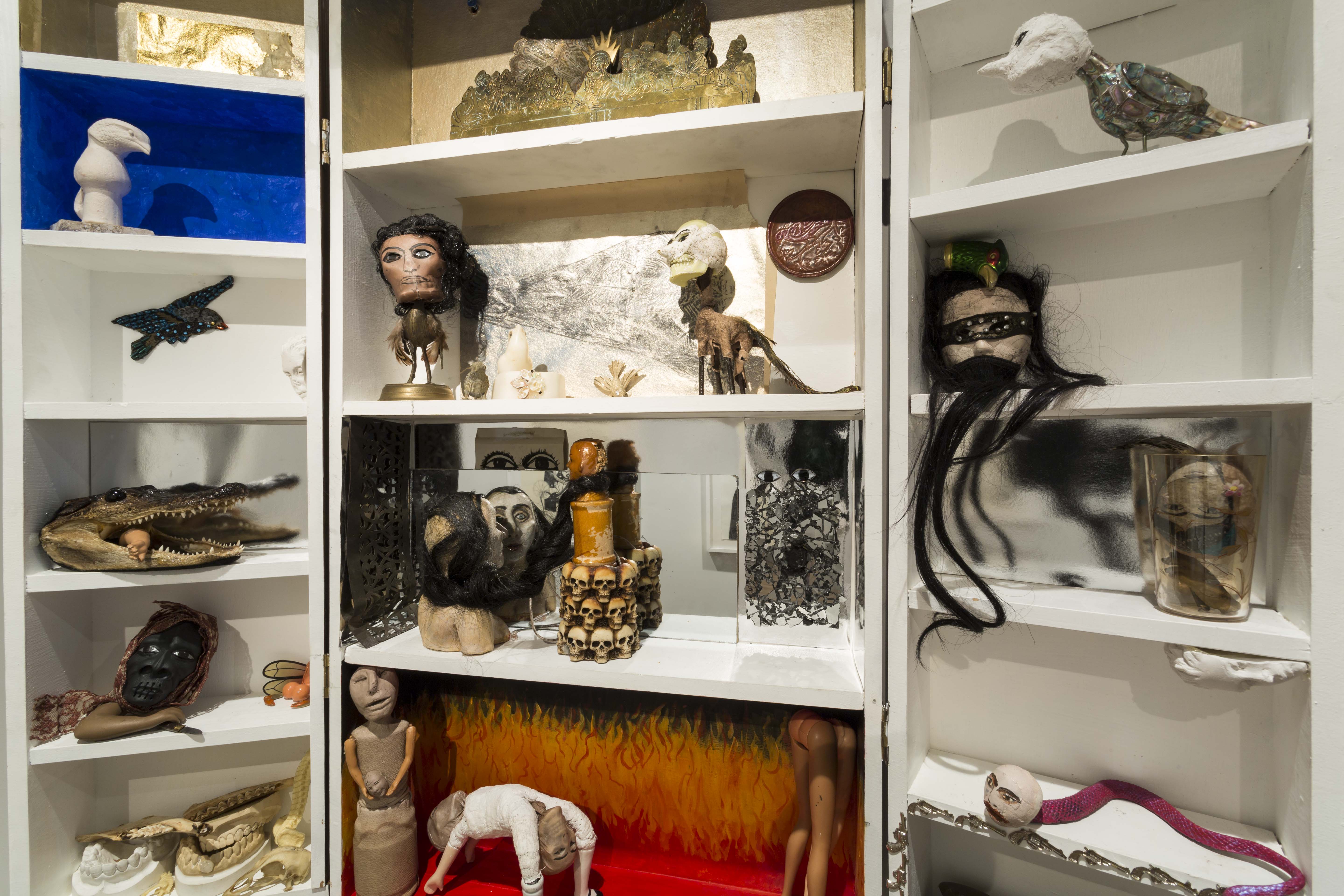