Heri Dono is widely considered to be the foremost contemporary Indonesian artist. His work ranges from painting, sculpture, to installation and theatre. After graduating from the Indonesian Institute of Arts in Yogyakarta, Dono trained with the puppet master Sukasman in wayang kulit, the traditional art of shadow puppetry. He has shown around the world to wide acclaim, establishing an international reputation with his sculptures and paintings of strange hybrid creatures, part human/part animal, engaged in a series of surreal and apparently demented acts often with a subversive political subtext.

Madman Butterfly, his inaugural solo show in London, was his first in the UK since Blooming in Arms in 1996 at the Museum of Modern Art, Oxford. Featuring a group of new paintings created especially for the show, his large canvases are populated with automatons, clowns, cartoon and folkloric characters that come to life. Drawing inspiration both from the Javanese art of wayang and popular cartoon media, Dono creates a dynamic world bursting with colour, where the fantastical, whimsical and the absurd collide with the everyday. It is a universe populated with war-raging clowns, reptiles with human heads, politicians who resemble extra-terrestrial mutants, where cartoon animation is merged with the folkloric belief of animism. Dono’s interest in comics, manga, cartoon as well as the more traditional art forms of shadow puppetry, Javanese wayang stories on scrolls and reverse glass painting known as lukisan kaca are evident in his work. Using humour and satire, Dono’s paintings create a critical commentary on Indonesian politics as well as global consumerism. 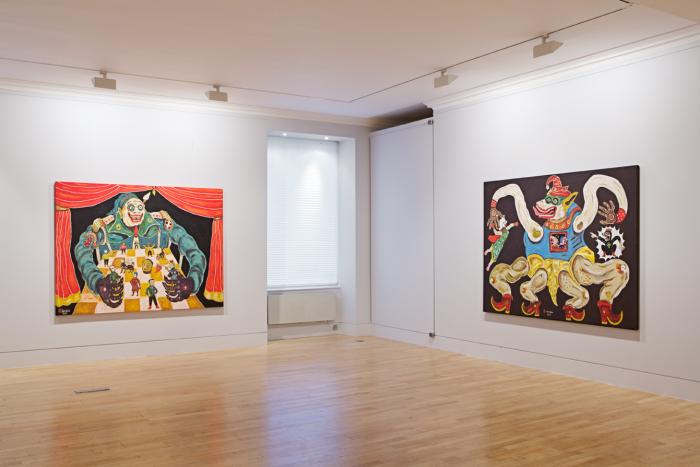 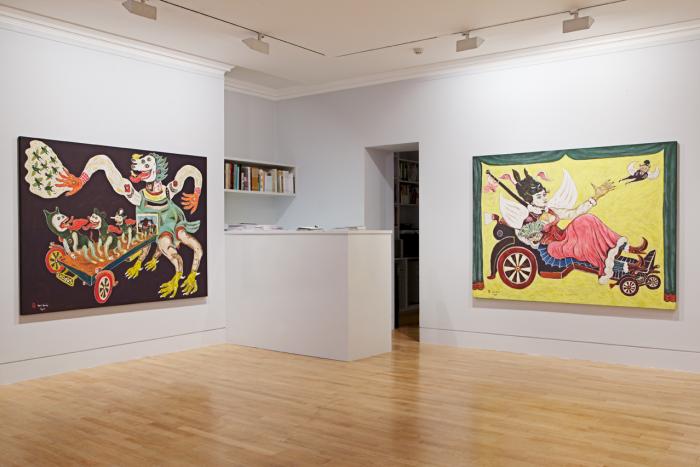 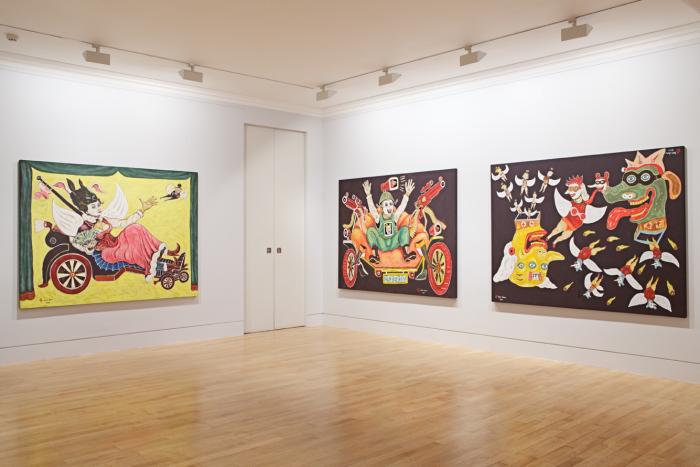 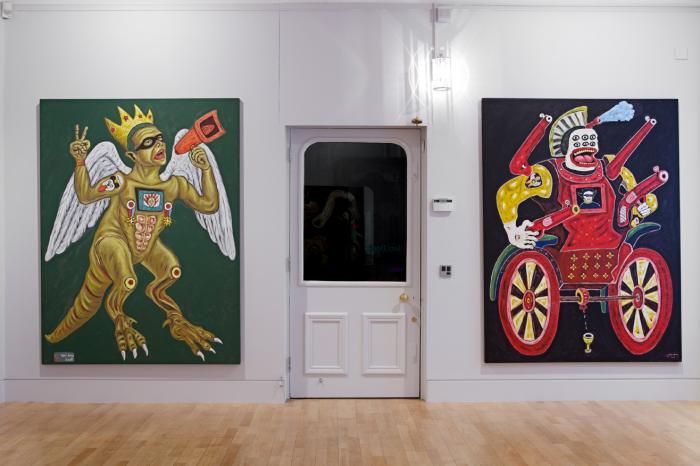