Making Gods - Gade, the fourth in a series of solo exhibitions devoted to contemporary Tibetan artists, will showcase a group of ten new works, a personal synthesis of traditional Tibetan painting with modern consumerism and pop culture.

Gade was born in 1971 in Lhasa to a Chinese father and Tibetan mother and graduated from the School of Fine Arts, Tibet University in Lhasa, where he is now a lecturer, with a degree in Traditional Chinese Realistic Painting.  Having grown up in Lhasa, Gade says that when he visited his father’s home in Hunan province the place felt very foreign to him.  He has always been entranced by ancient Tibetan painting, especially old wall paintings that have survived for several hundred years, the originally pure, strong colours of which have become mottled with age.  “Their surfaces glow with a kind of richness that gives testimony to profound experience.  I seek to evoke the same kind of aura in my own works”, he says.  At the same time Gade’s art perfectly embodies the changing experience of Tibet and its capital and is often full of humour.

Although Gade’s work deals with consumerism, which he finds fascinating, he says “I sincerely want my work to be part of the continuity of Tibetan art, to belong to a ‘Tibetanised’ context, rather than to a Western or Chinese language system”.  His new ‘Mandala Series’ takes the Buddhist mandala, which represents an entire world or state of mind, and puts in monsters, tools and objects or, as in Five new Buddhas, Mickey Mouse and Batman as two of the ‘new Buddhas’.  A Buddhist himself, Gade does not believe that such works are blasphemous as “The Buddhist gods are wise: they know precisely why I do what I do.  … The responsibility of the artist goes beyond creating beautiful things.  I just say what I believe.” 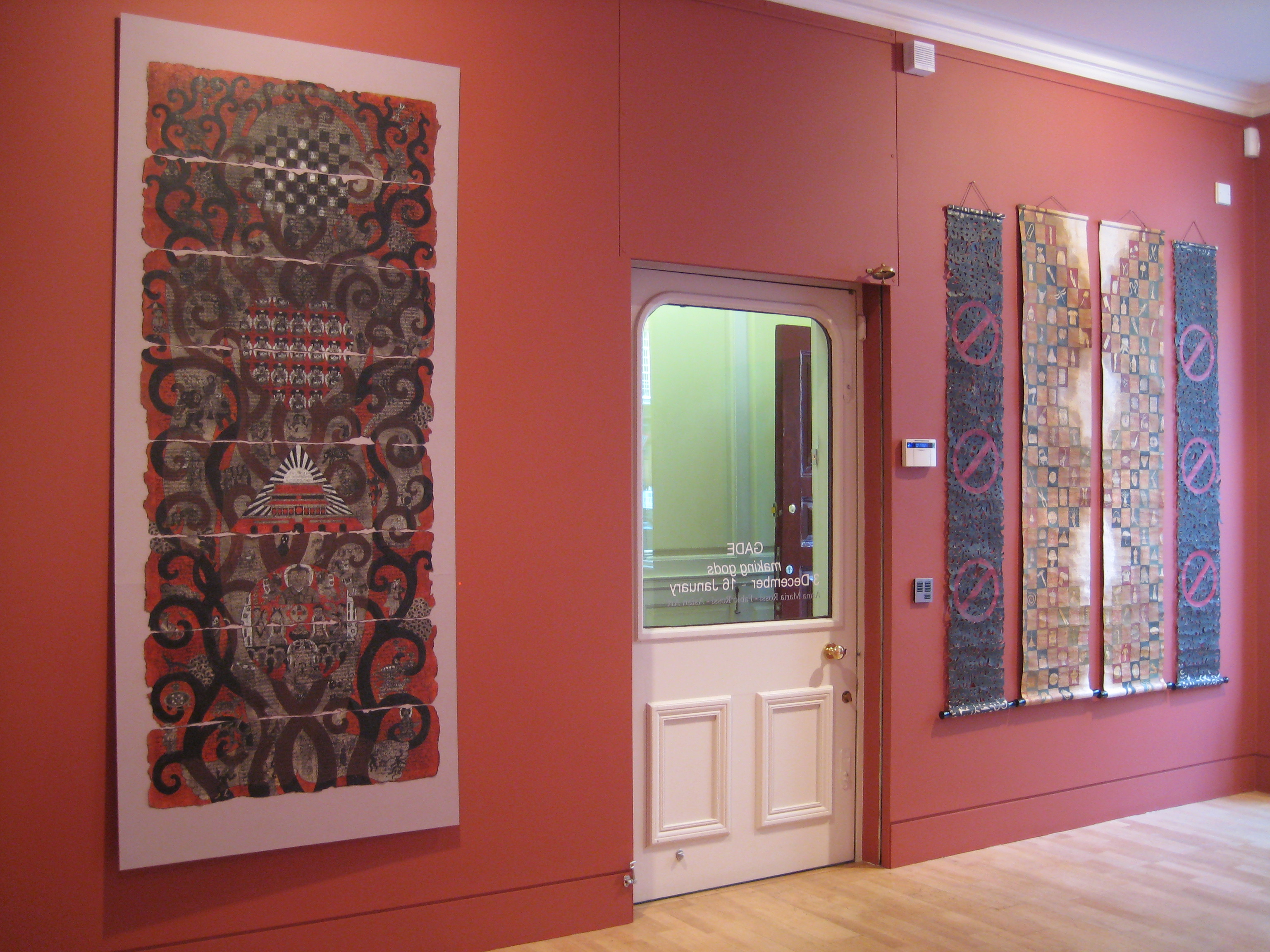 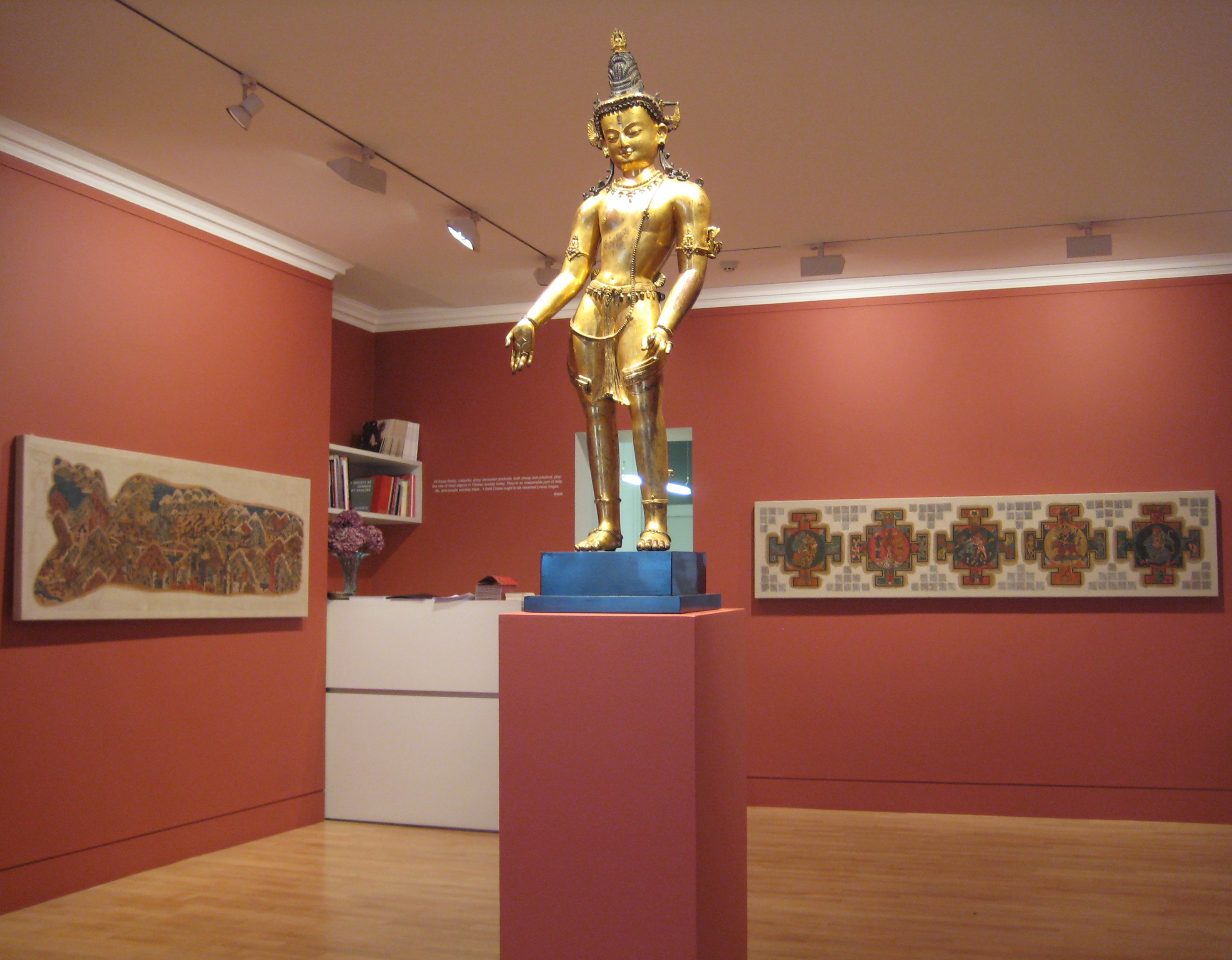 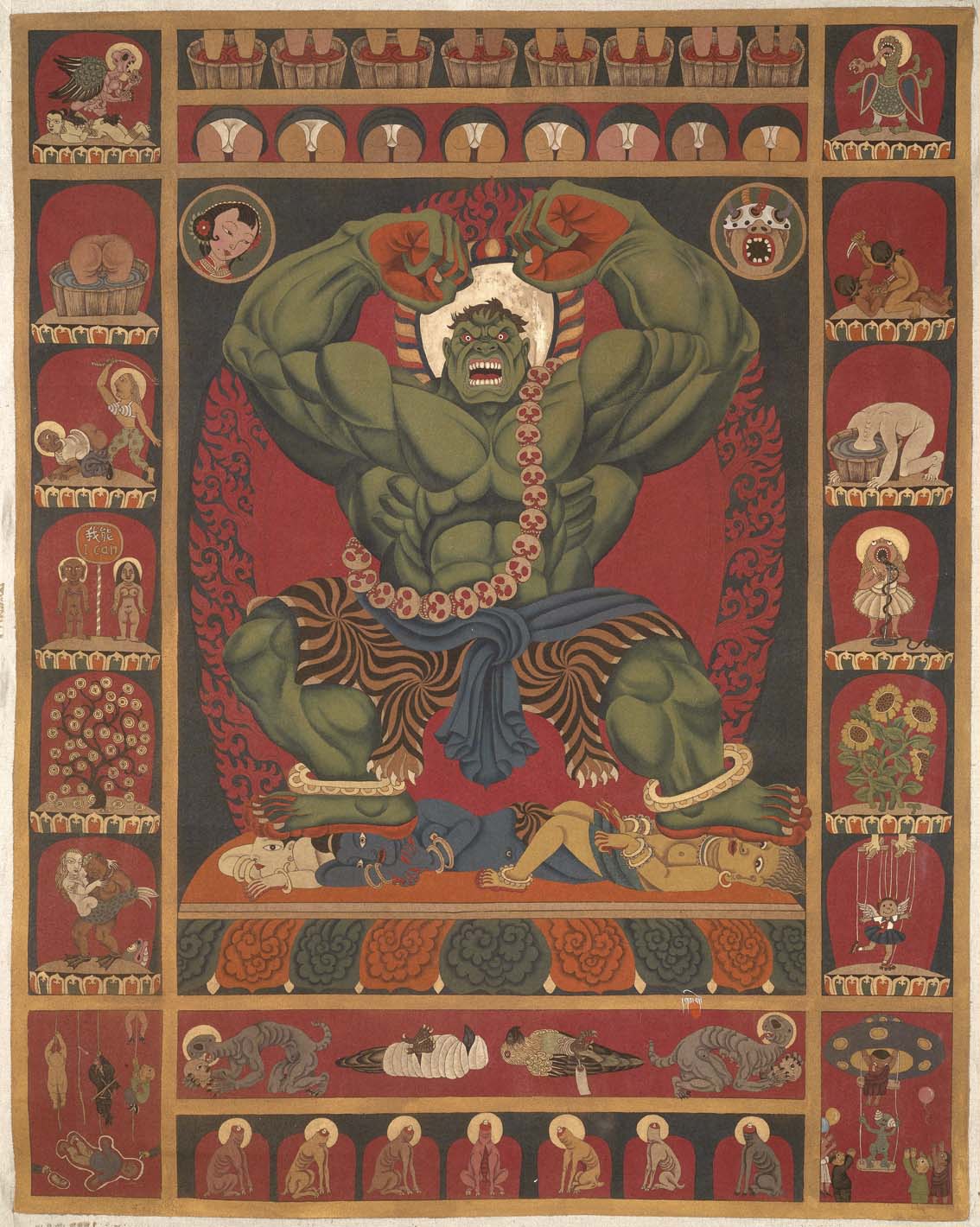 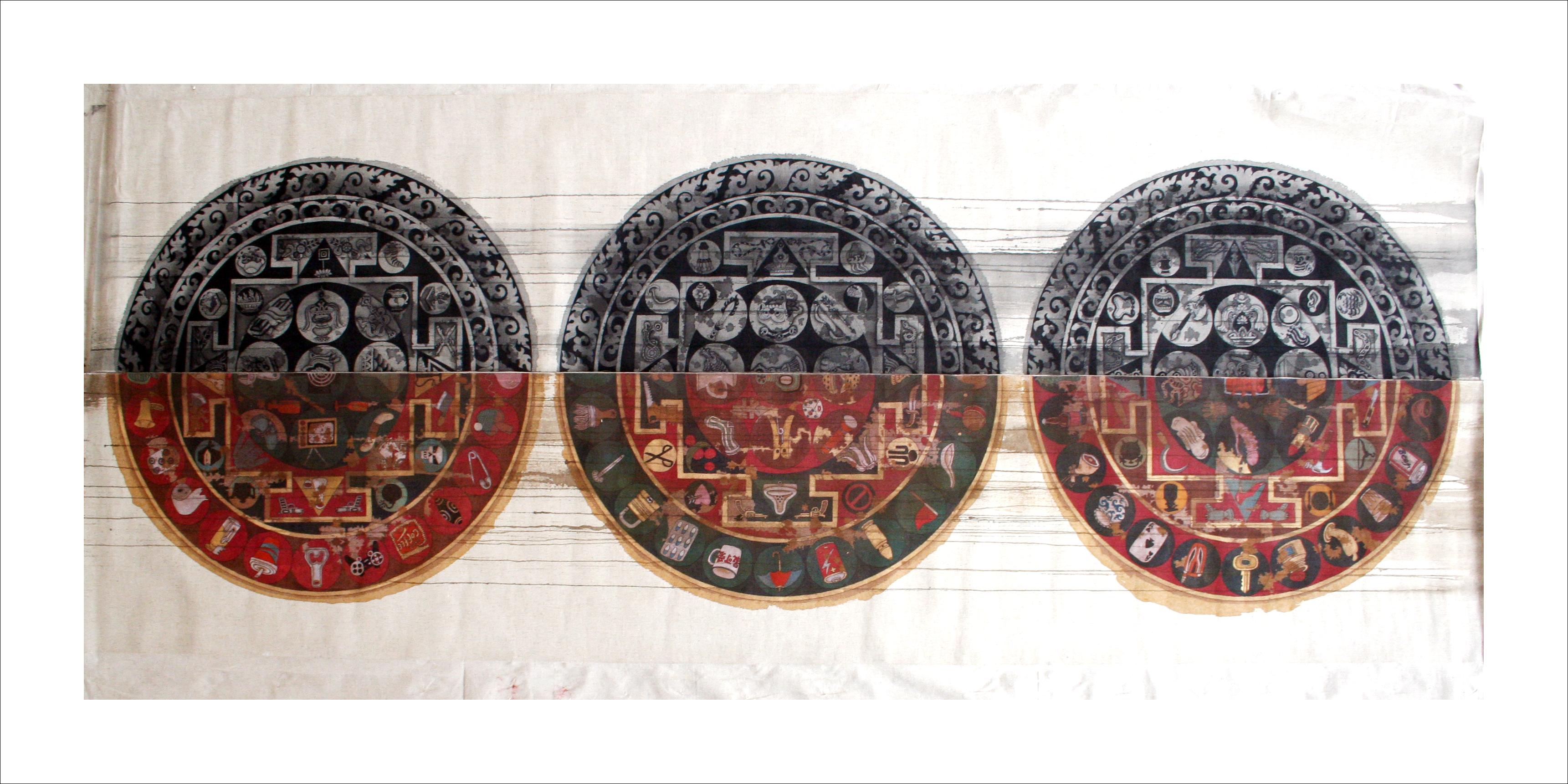