classical
contemporary
exhibition
about
shop
contact
BACK
Christopher Doyle
No Glass Twice As Big As It Needs To Be
Apr 17
-
May 15, 2015
London

Rossi & Rossi is delighted to present No Glass Twice as Big as It Needs to Be, the first solo exhibition in Europe of famed cinematographer and director Christopher Doyle. The show will feature installation, mixed-media collage and video works by the award-winning filmmaker.

No Glass Twice as Big as It Needs to Be includes a range of works, from humorous collages that deconstruct familiar historical and religious imagery to images of delicate pastel-hued flowers covered with splatters of paint and ink. For Doyle, the process of creating collages is therapeutic; it allows him to re-energise after long days of filming. The artist sees the resulting body of intimately personal works as products of his intuition.

According to Doyle, No Glass is a celebration of the pictorial surface through the restrictions imposed upon it by its physical frames. This is most evident in the series Issue, which pairs a collage with a video work, highlighting the different approaches to imagery with which Doyle deals when producing art and film. Each of the twelve collages is presented as floating—suspended from the ceiling and effectively frameless, instead of being sandwiched between clear pieces of Perspex—while the same image is slowly revealed on the accompanying monitor, as billowing, cloudlike forms emerge from the edges of the screen.

Also accompanying the exhibition is just like you and me (2015), a video in which Doyle is interviewed by his alter ego Du Ke Feng (杜可風, the artist’s Chinese name, meaning ‘like the wind’). Doyle and Du have a give-and-take relationship: free-minded Doyle creates films and art out of pleasure; in contrast, reason-based Du requires the kind of logical rhetoric that Doyle is uncomfortable to afford. So who creates which work of art? Who creates which film? 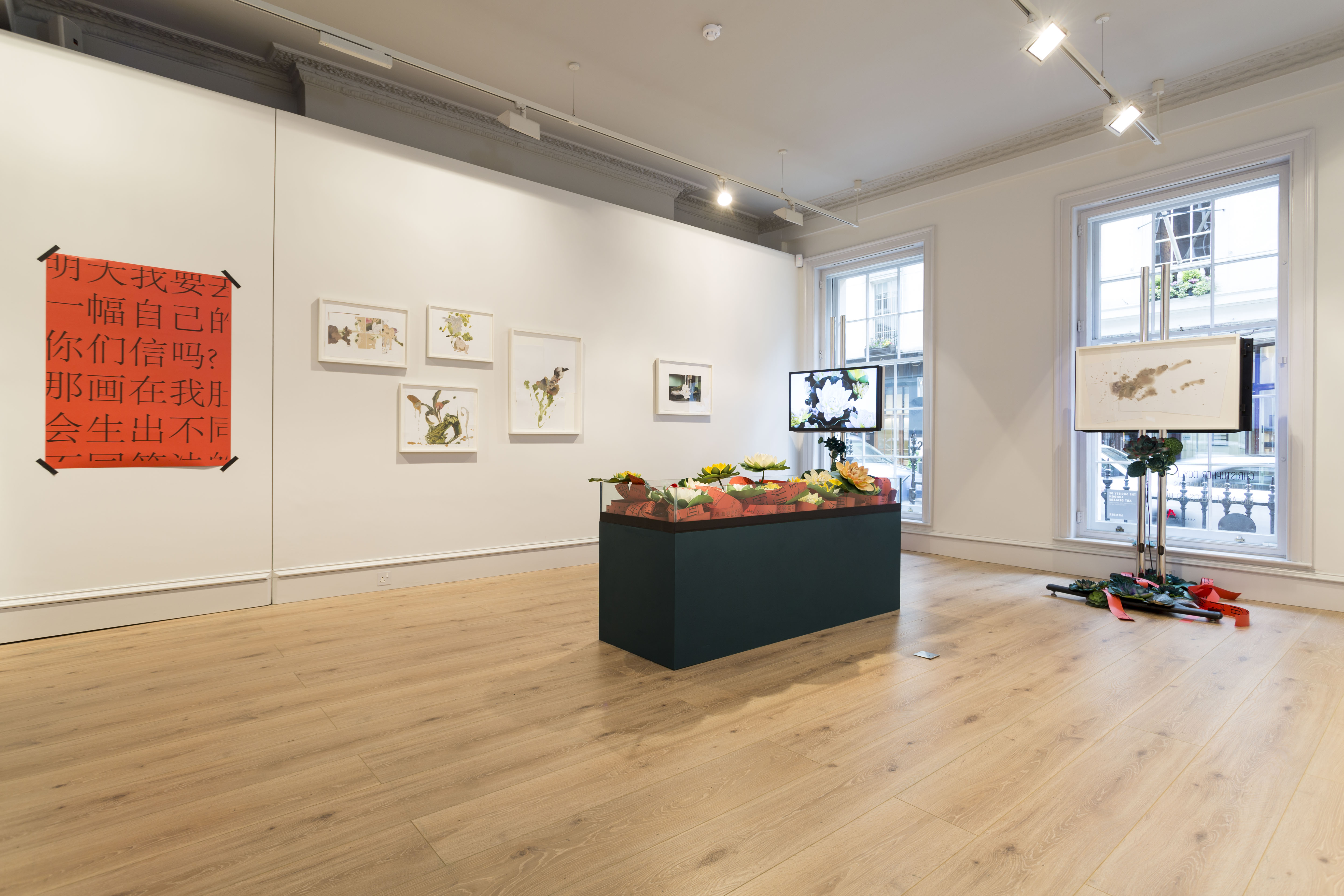 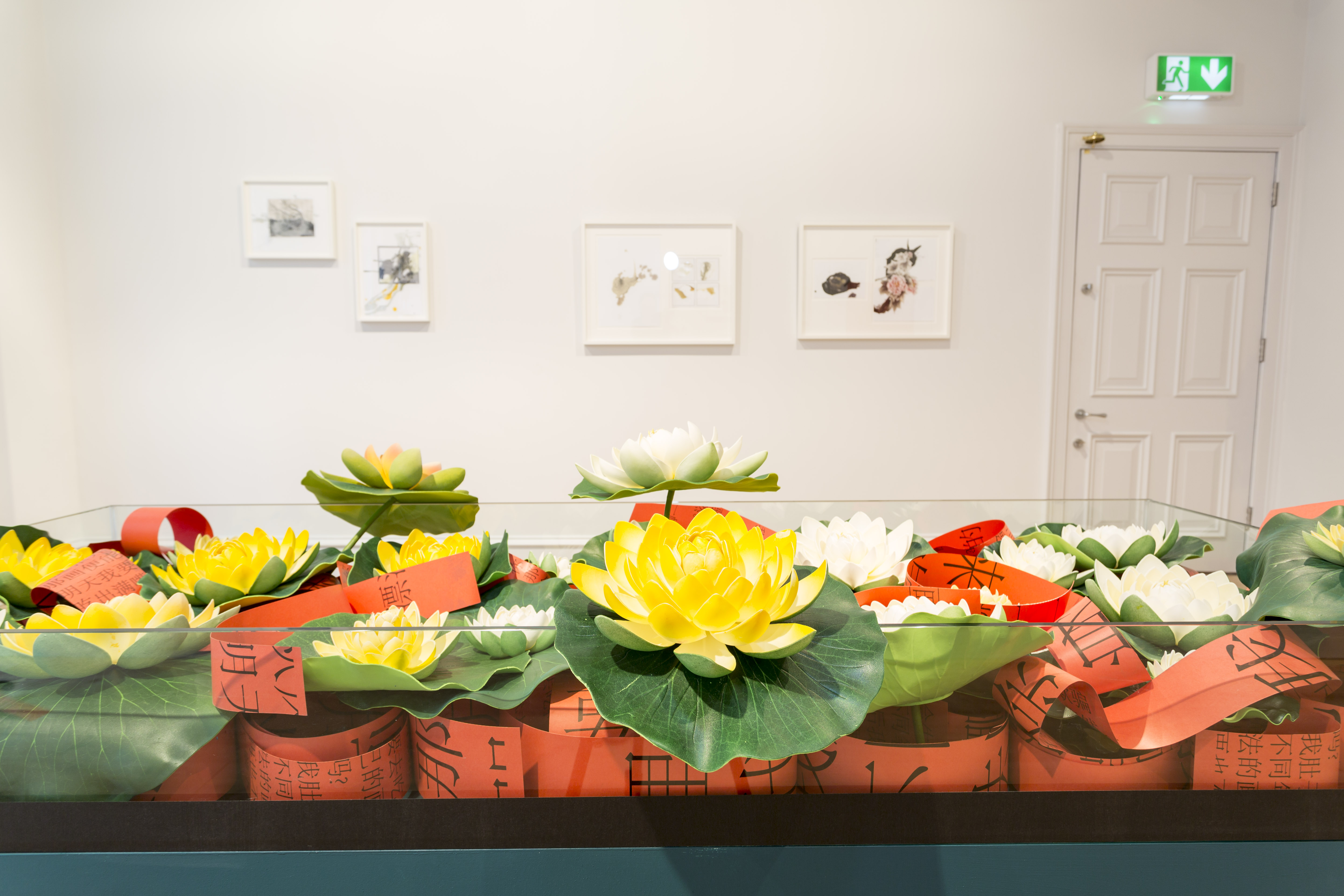 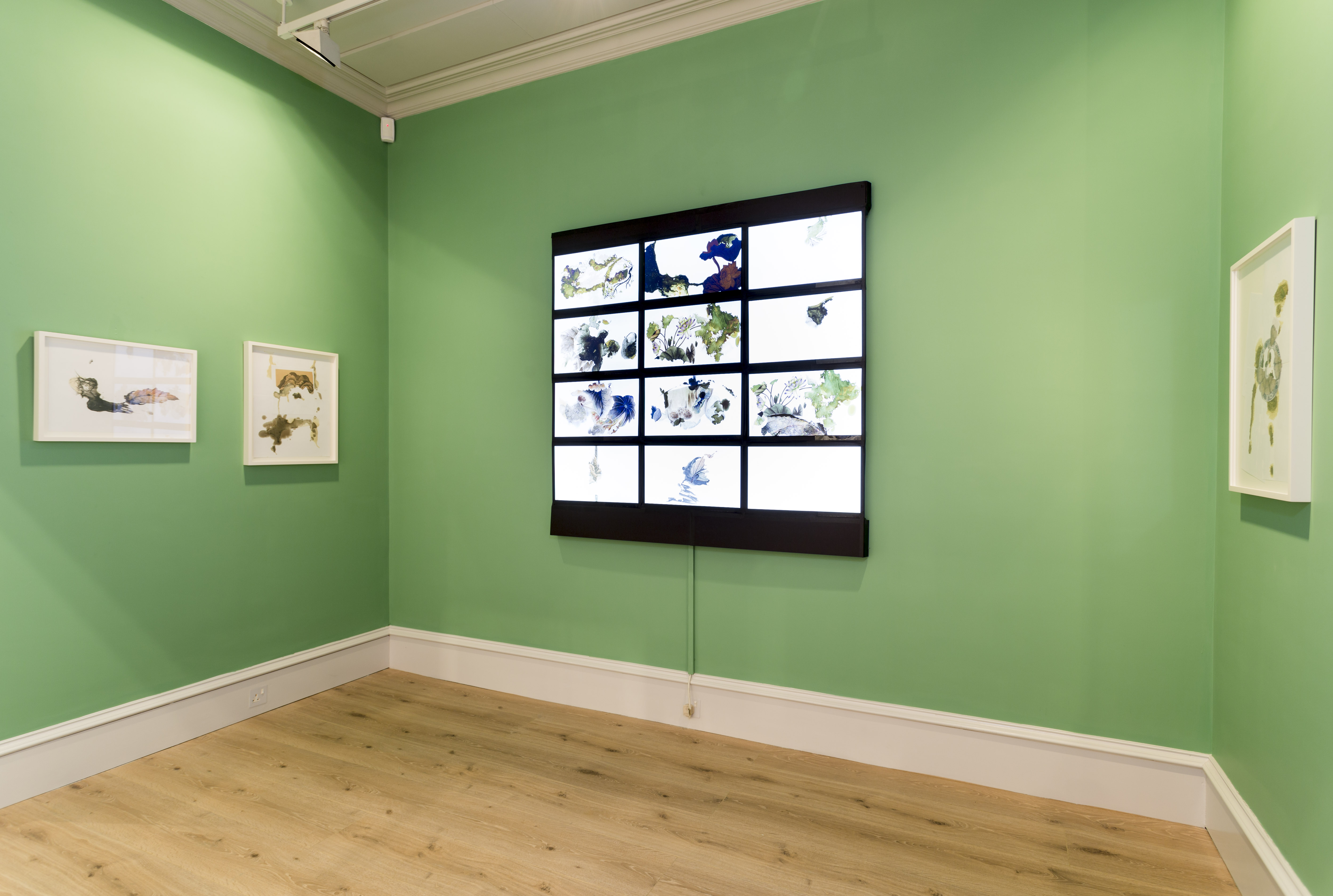 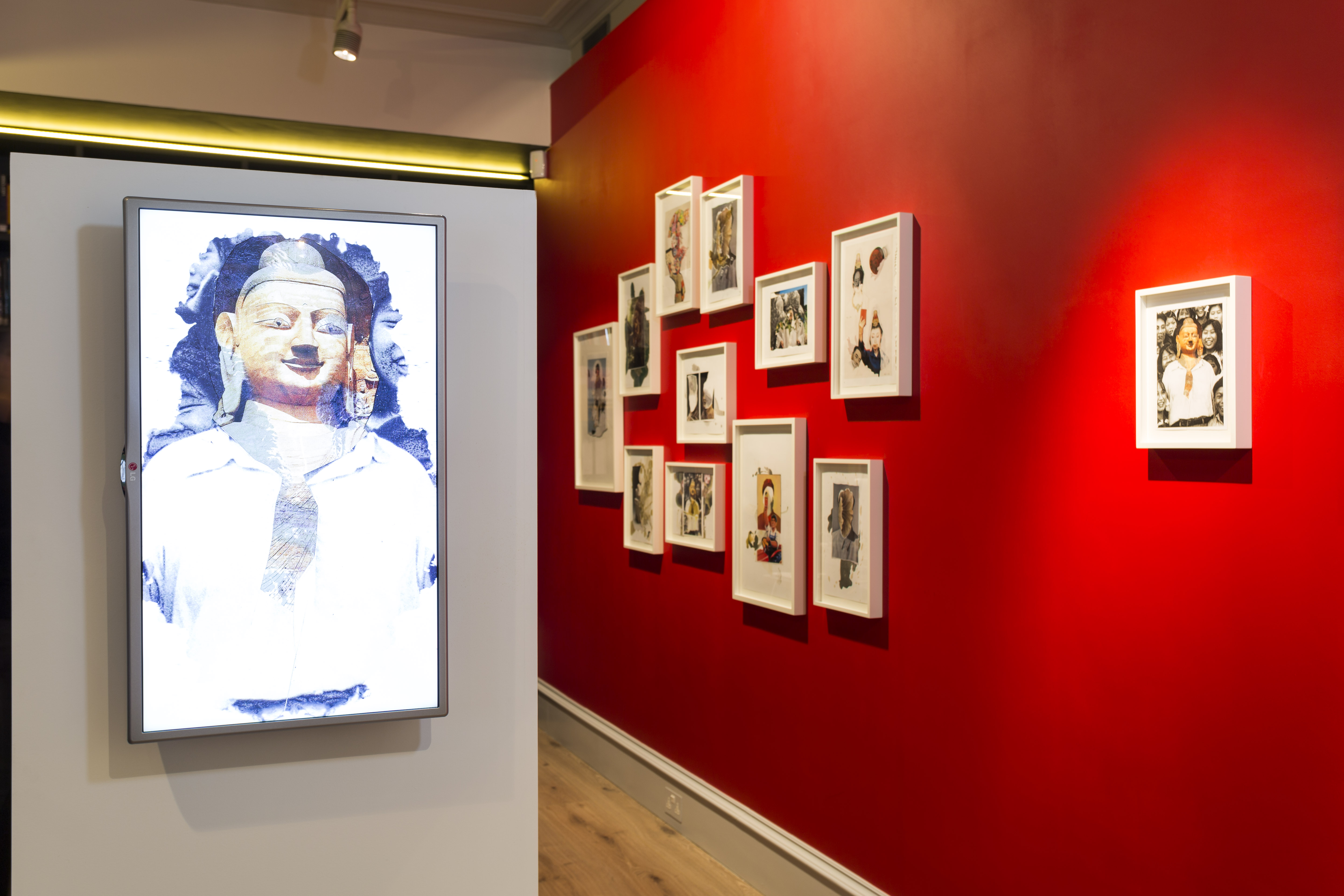