Oh! What a beautiful day

Oh! What a beautiful day: Peter Towse and Gonkar Gyatso’s shared visions features recent works of British artist Peter Towse and Tibetan artist Gonkar Gyatso, who met twelve years ago in Dharamsala (India) and formed a remarkable working friendship.  Both artists’ works are spiritually based; their fusion of Eastern and Western cultures sensibilities and their individual outlook has resulted in creating art from a whole new perspective. This exhibition is the celebration of this twelve-year adventure.

After a successful career in fashion, Peter Towse, lecturer at the Central Saint Martin’s art school in London, now concentrates mainly on creating artworks that set out to capture and interpret the many spiritual sources that have inspired him.  His interest in Buddhism and the experience of working with a Tibetan community of craftspeople in northern India over recent years have given him a unique creative process using meditation, celebration and creation.  Towse uses an eclectic mix of materials such as shells, (semi-)precious stones, bones and barley seeds which he juxtaposes with classic western icons of femininity.  His work is often sumptuous, detailed and decorative but at a deeper level unsettling, intriguing yet ultimately centred and spiritually enriching.

Gonkar Gyatso was born in Lhasa in 1961 and studied traditional Chinese painting in Beijing.  After leaving Tibet, he lived in a Tibetan exile community in Dharamsala (India) where he met Peter Towse.  In 1996 he received a full scholarship to study at Central Saint Martin’s; he later finished his master’s degree in art at London’s Chelsea Art College.  He now lives in London where he has an art gallery named The Sweet Tea House – the first gallery in Europe devoted to showcasing contemporary Tibetan art. His work has been internationally exhibited in galleries and museums in Europe and Northern America.  Gonkar Gyatso’s work charts the subtle shifts in identity and belonging, caused by constant migration.  Through diasporic experiences, he traverses the hybridity of resettlement fusing different cultures and traditions. 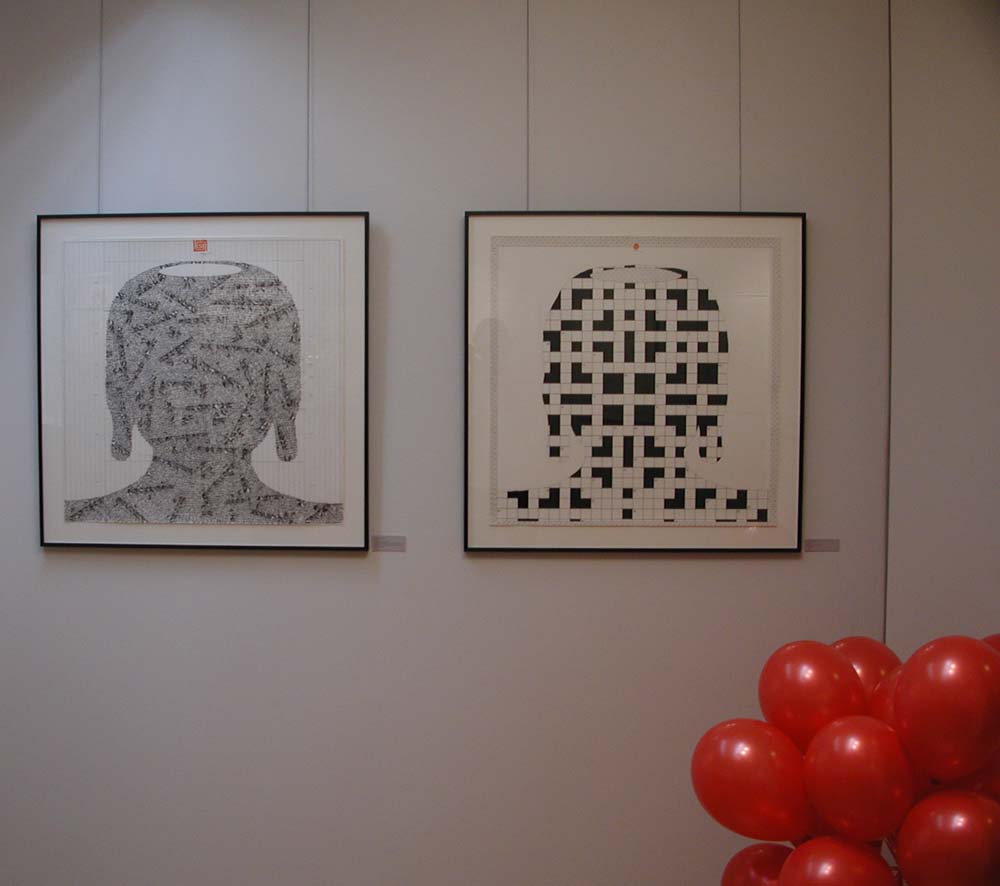 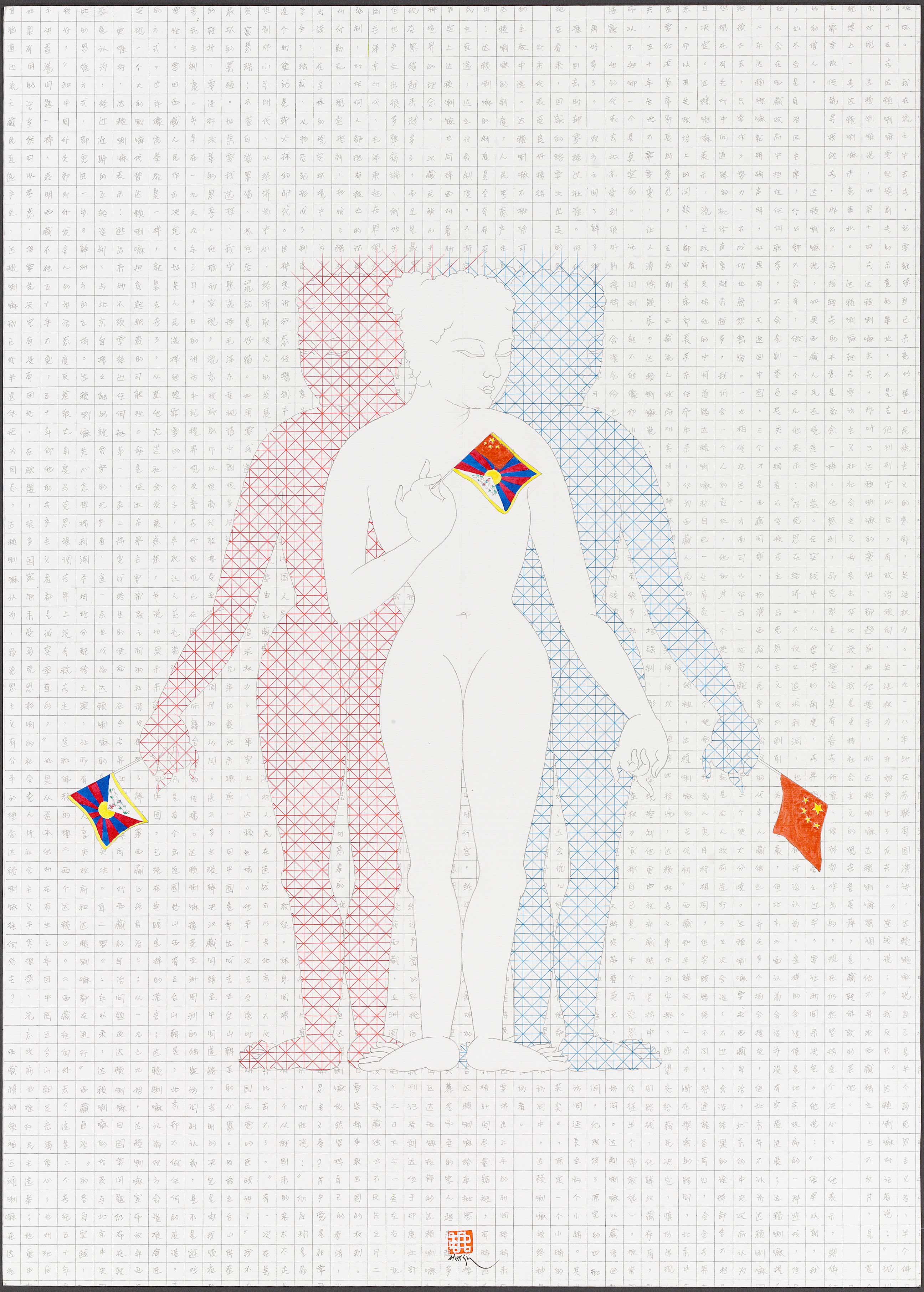 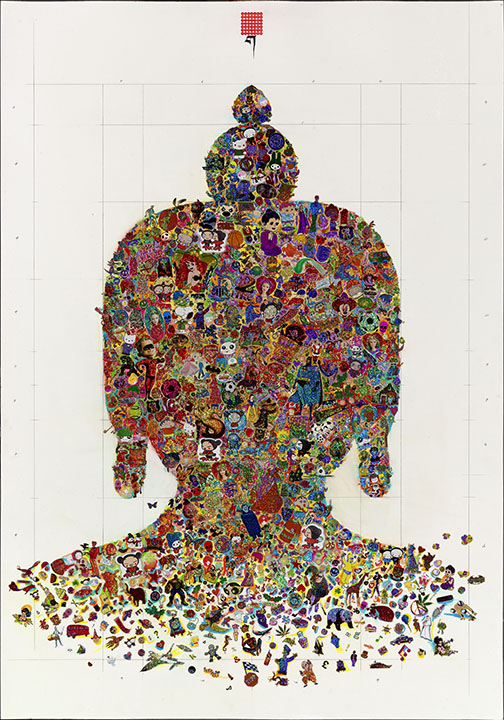 Stickers and pencil on treated paper