The second in a series of solo exhibitions devoted to Tibetan contemporary artists staged by Rossi & Rossi will be Plastic Karma, featuring recent work by Kesang Lamdark.  As a Tibetan raised in Switzerland, Lamdark is continually searching for an appropriate cultural space for himself.  Having long felt like an outsider, he was eventually able to reconnect with his heritage and his multi-cultural upbringing became the driving force behind his art.  As an artist, he combines unusual materials, from hair to plastic, beer cans to nail polish and, ultimately, his life and work focus on bringing together the unfamiliar.

Many of the works in the exhibition are formed from melted plastic.  Among the most striking is Dwarf of the Golden Horse Shit, comprising eleven pieces of gold-painted horse dung, melted plastic and a found object.  While Pink Cowboy Shoe, Bicycle Wheel (pink) and Grass Virgin, all made of melted plastic, seem to have no eastern references, the melted plastic Nandi (Bull), the lightbox Buddha in my Ear and Buddha in Chip Can represent Lamdark’s bringing together of ancient Tibetan culture with contemporary materials and ideas.  Similarly the luminous prints Yes, Beer Barrel, Terror, Beer Can and Monster, Beer Can evoke the intensity of wrathful Buddhist deities. 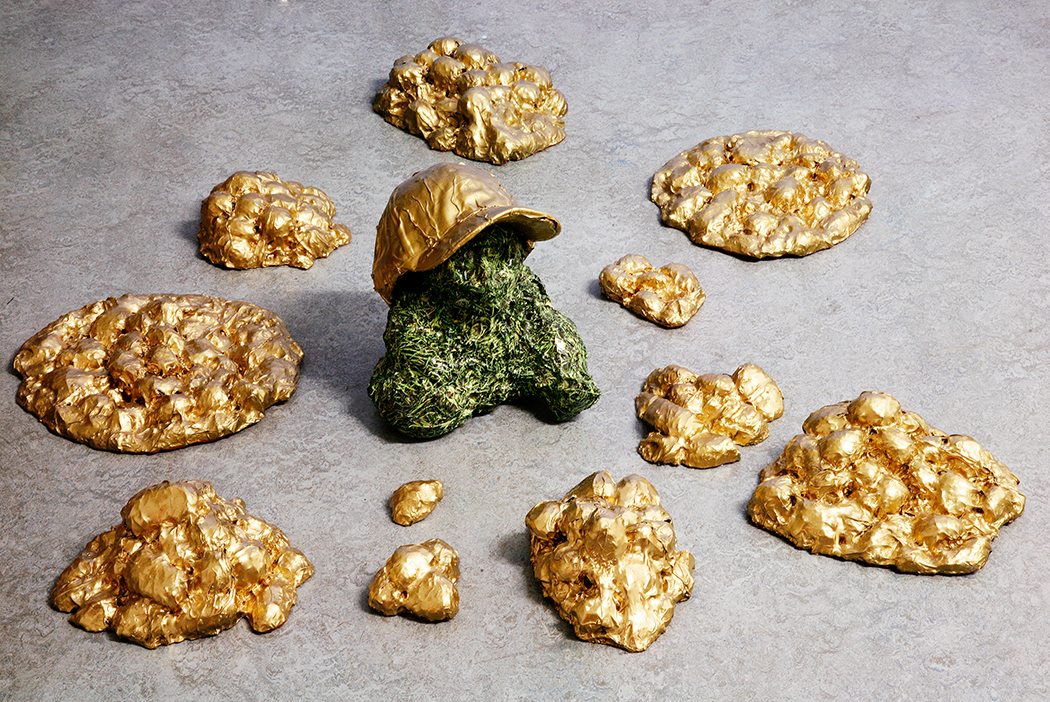 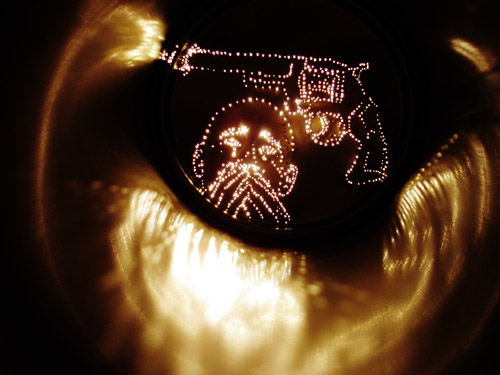 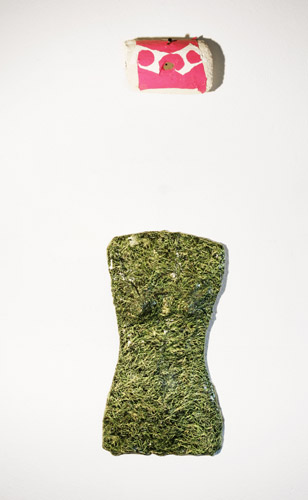 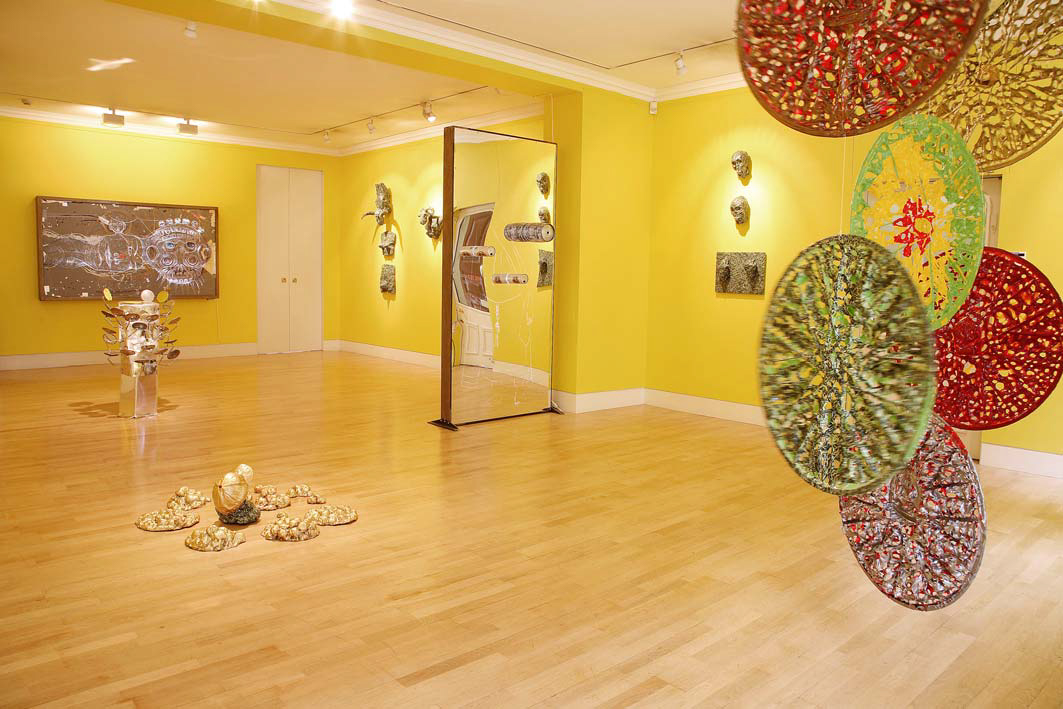 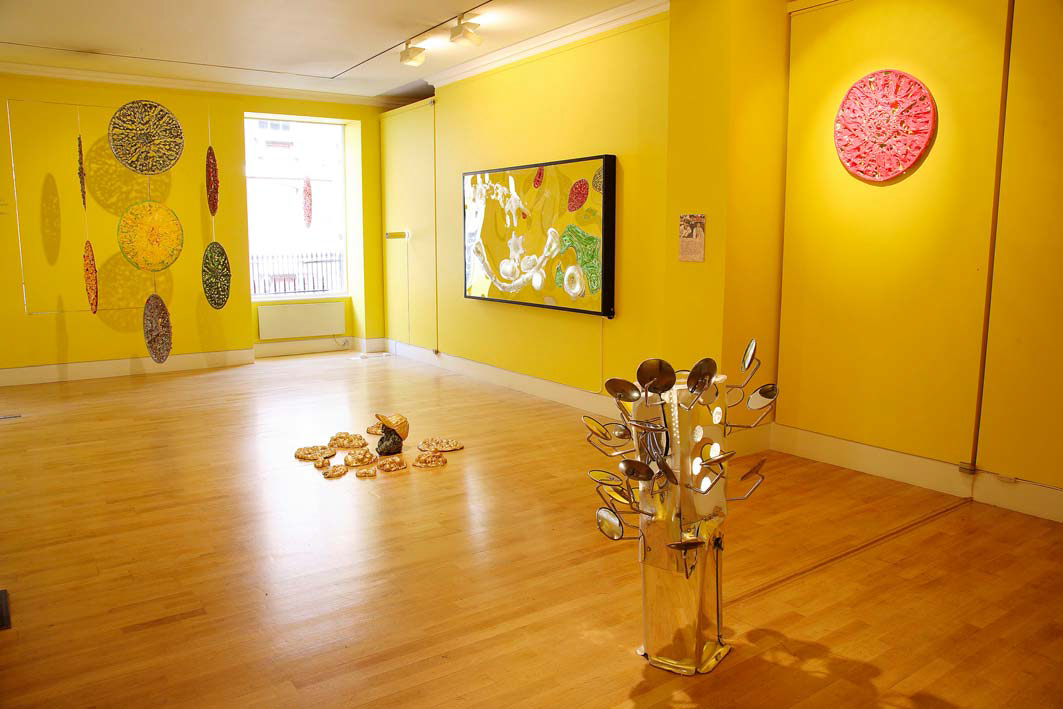 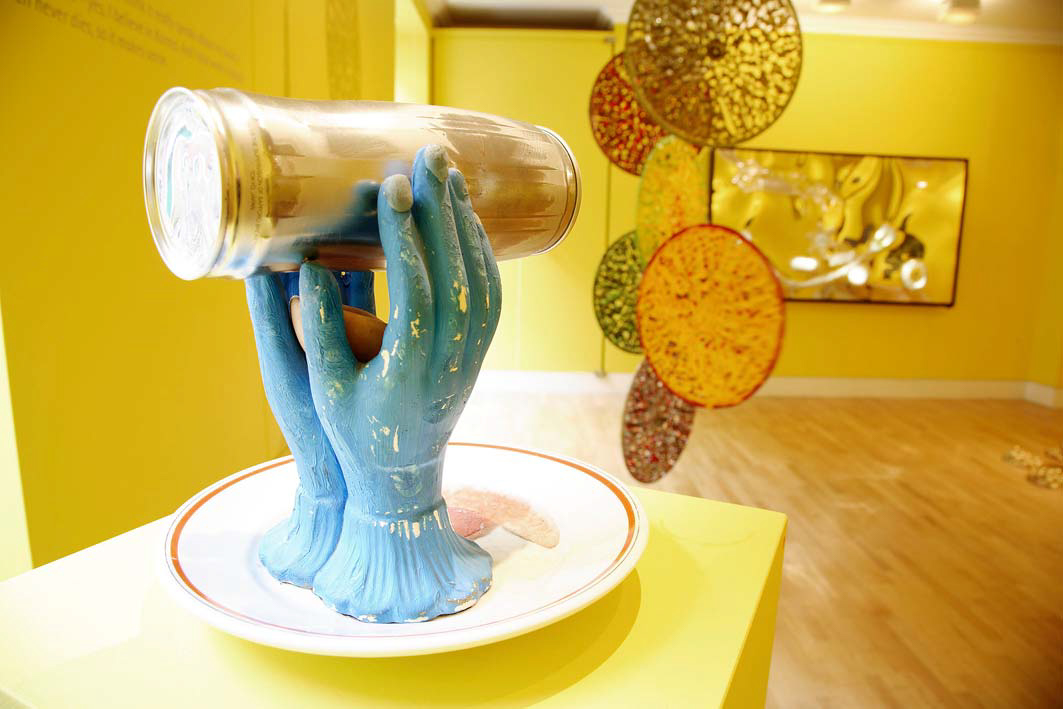