Royal Marketplace presents recent works by celebrated Thai artist Mit Jai Inn (b. 1960, Chiang Mai) that challenge conventional boundaries of art through medium and display. The exhibition has been curated by curator and writer Erin Gleeson.

The exhibition’s title is inspired by The Royalist Marketplace, a Facebook group set up in April 2020 as a space for people to discuss the Thai monarchy freely. Within months, the group had reached one million members, including Mit. Access to it was blocked within Thailand by the government in August 2020. At the same time, almost daily youth-led protests against the government also called for reforming the monarchy.

The artworks in this exhibition, however, are not explicitly political in nature. Rather, they honour resistance against unchecked power through the artist’s use of colour, the hybridity of their form and the untraditional ways they are displayed.

In the series Screen (Actants) (2020), Mit painted large canvases in bright, vertical stripes, and then cut them into strips. Since he painted both sides of each canvas, there is no front or back, and thus no ‘correct’ way to view them. They are meant to be hung from the ceiling, so the viewer is forced to navigate the exhibition space either by walking around the works or through them. By challenging traditional modes of display in such ways, the artist investigates the materiality of painting as well as its relationship with the body.

Mit’s enquiry into the conventional boundaries of art can also be seen in Scrolls (2013). In this series, the artist rolled long strips of canvas that are intended to be displayed on their edges, like unravelling spirals. As in Screen (Actants), both sides of these works have been painted, here with thick oil pigments in colourful stripes or blotches of colour. The works are, at once, both painting and sculpture.

Also on display are O.O.B.E. and The Sala Murals (both 2019). These works were made for, and first exhibited inside, Buddhist architecture, namely the sala (hall or gathering space) and the pagoda at Jim Thompson Farm in Isan, Thailand. They were originally shown against the unpainted wooden architecture typical of Isan, the north-eastern part of the county. The paintings represent Mit’s take on the figurative murals of the Buddha’s life that traditionally decorate temple walls. They also demonstrate his exploration of painting as a vehicle for figuration and meditation.

A catalogue with an essay by Kittima Chareeprasit, curator at MAIIAM Contemporary Art Museum, and an interview with the artist by Vera Mey, curator and PhD candidate at SOAS, will be published to coincide with the exhibition. 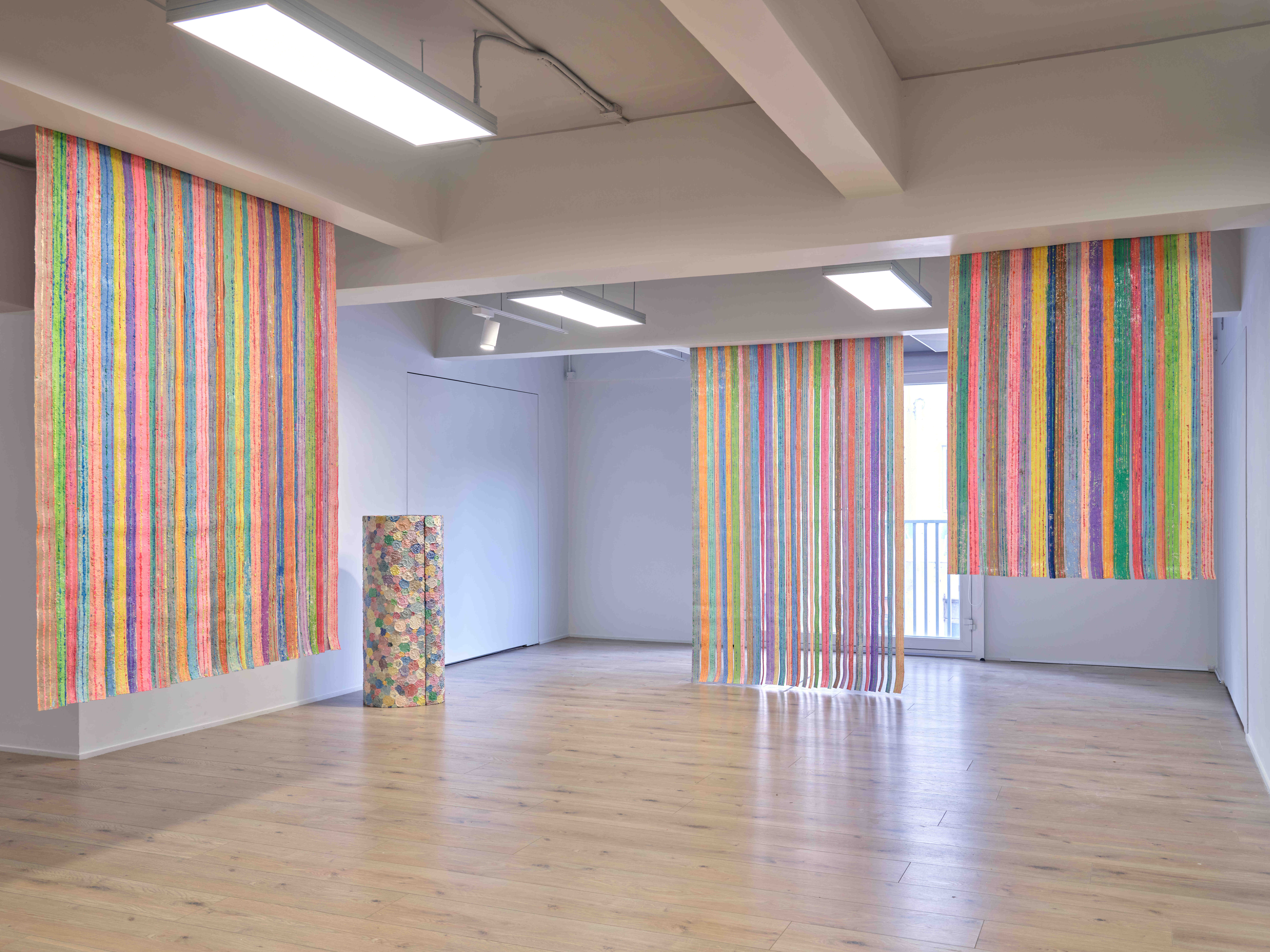 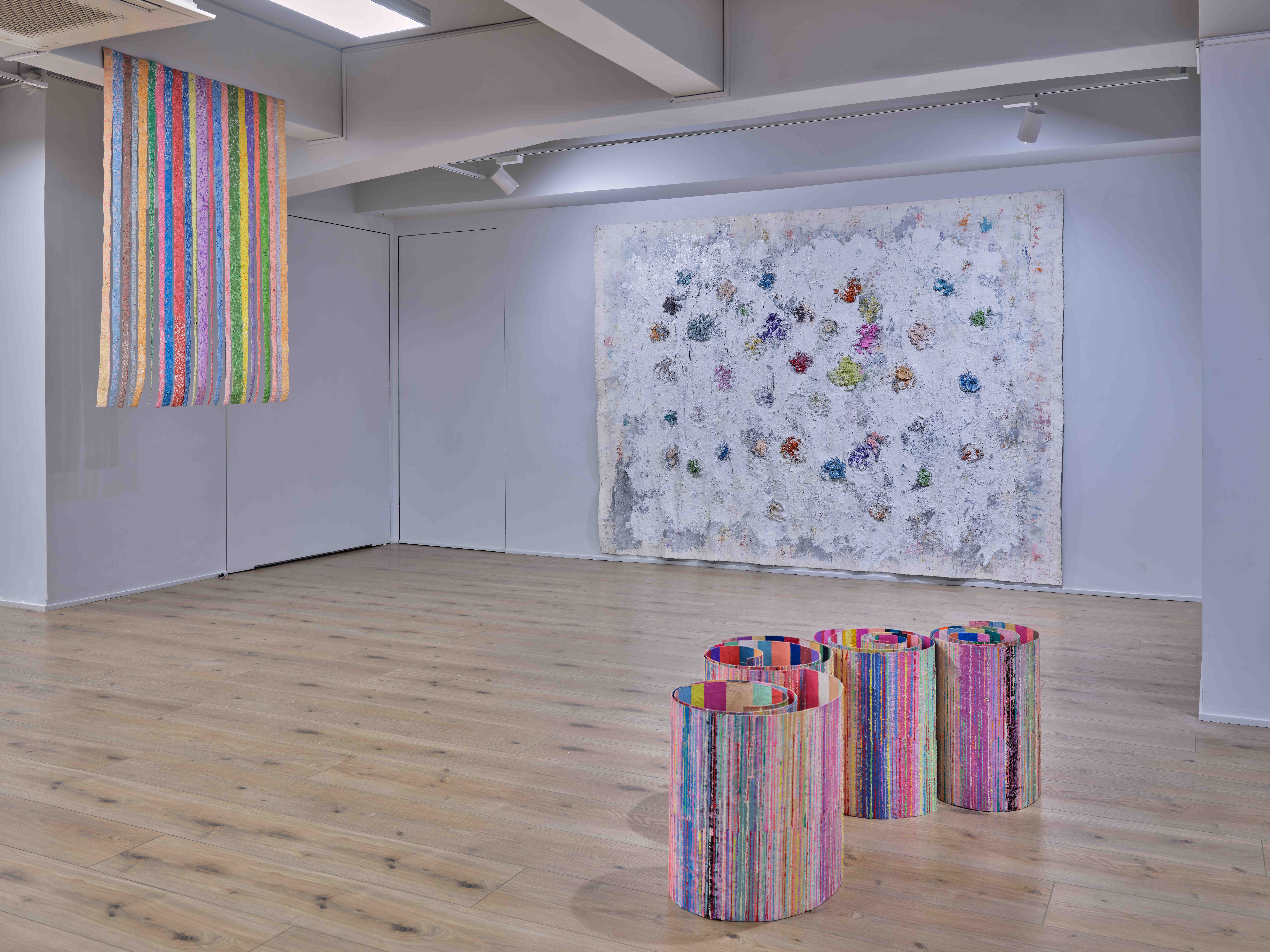 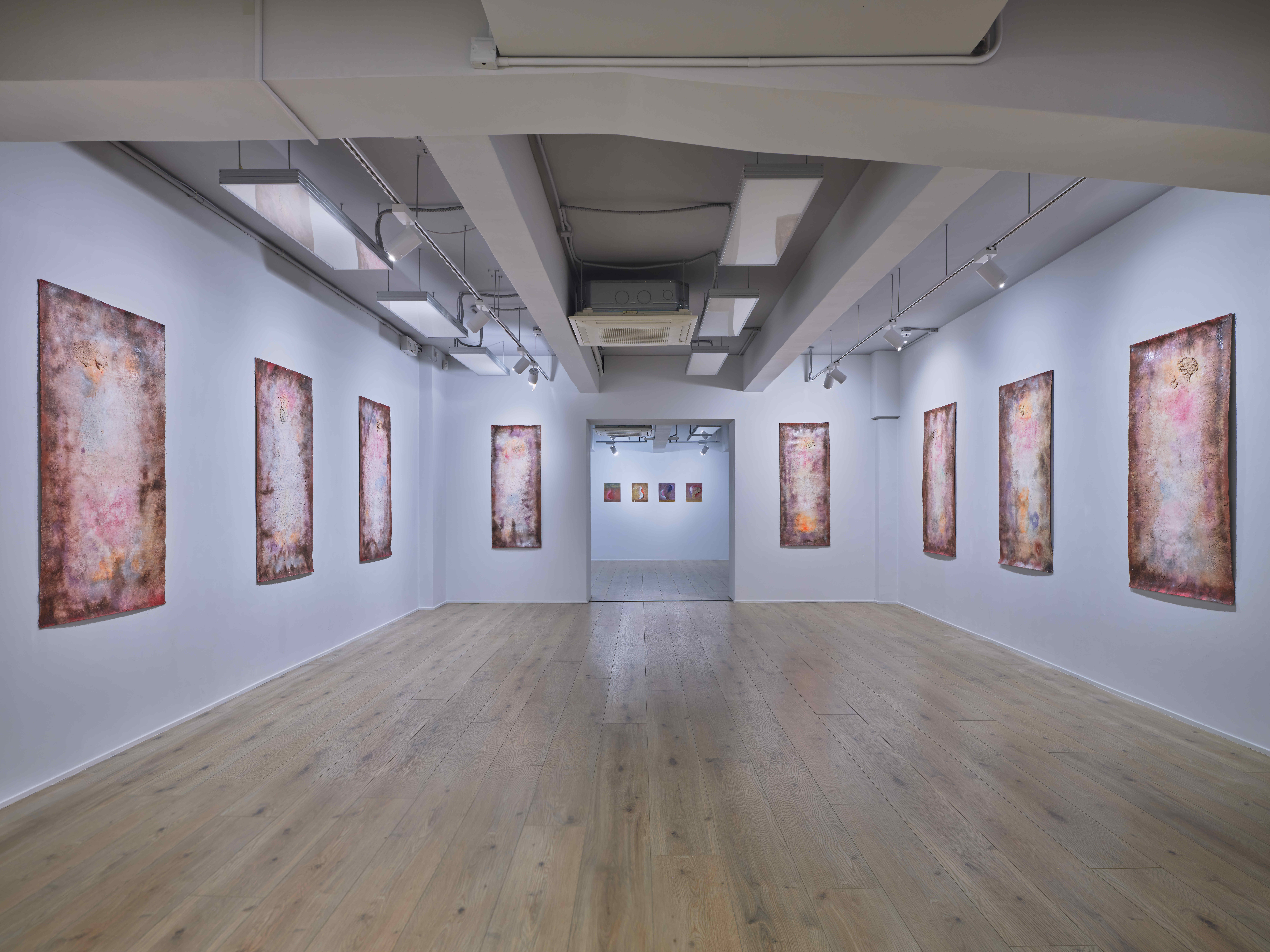 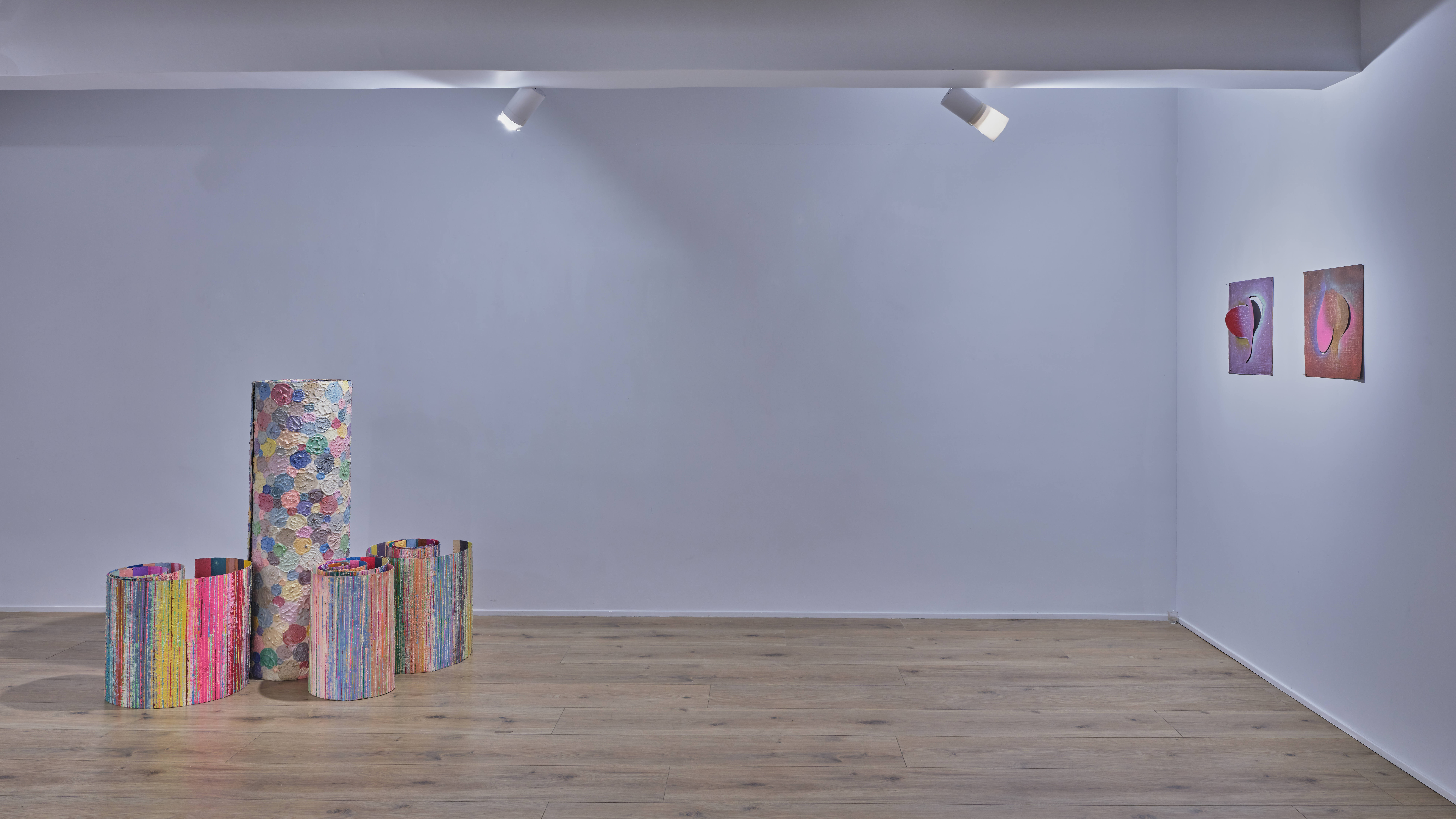