Rossi & Rossi presents the work of Iranian-born, American artist Siah Armajani from 18 February to 15 April 2017. Works on view spanning his seven decades of output and demonstrating mastery in artistic achievement include early drawings on paper and fabric, ideational architectural models, large-scale sculpture and recent works on paper. Inspired by poetry, American vernacular architecture, Western philosophy and his native Persian heritage, Armajani is recognised as a pioneering figure in the conceptualisation of the role of art in the public realm.

A strong sense of nationalism, along with a love of Persian literature and miniature art, inspired the artist’s early calligraphic works, which represent the nascence of his long-term interest in probing the links between word and image. A significant group of works from this period are on view, including Paria No. 1 (1957), an expression of his revolutionary angst through the lines of the poet Ahmad Shamlu (1925–2000) written below the floating image of the archangel Gabriel. The role of text in Armajani’s work is later echoed in the inscriptions on his celebrated large public works, such as the Irene Hixon Whitney Bridge (1988), as well as in sculptures like Murder in Tehran (2009), a fiery critique of the violent attacks on the mass protests against the re-election of Iranian president Mahmoud Ahmadinejad.

Four Houses for Four Conditions (1974–75), a group of the artist’s early architectural models, demonstrates Armajani’s investigations into spaces of interaction, gathering, crossing and communication. With an emphasis on ideas over reality, these sculptures position his work as conceptualist models with illogical conditions and improbable encounters. For Armajani, bridges orchestrate unfolding narratives with the commonplace and unexpected choreography of pedestrian movement, offering an expansive concept of ‘public’ as something shared and determined, solitary and occasional.

Armajani’s Tomb series (1972–2016) pays tribute to philosophers, activists, poets and critical thinkers who have been foundational voices to his art and ideology. Amongst them, Tomb for Heidegger (2012) employs the vernacular architecture of the American frontier in a large-scale sculptural memorial for Martin Heidegger (1889–1976), a pre-eminent German philosopher of the 20th century. Heidegger’s 1954 essay, ‘Building, Dwelling, Thinking’, a seminal discourse on architectural phenomenology, links dwelling to the ‘gathering of the fourfold’, or regions of being as entailed by the phenomena of ‘the saving of earth, the reception of sky (heavens), the initiation of mortals into their death, and the awaiting/remembering of divinities’. The philosopher’s critical thought has informed Armajani’s work over many decades, and remains essential to his greater body of work.

At nearly six metres in length, Armajani’s Written Berlin, Tomb for Dietrich Bonhoeffer and Walter Benjamin (2014–15) exemplifies the artist’s technique in calligraphic script. The work pays tribute to the philosopher Walter Benjamin (1892–1940) and the theologian Dietrich Bonhoeffer (1906–1945), both of whom died during the time of the repressive National Socialist Party’s rule of Germany. The drawing depicts a cityscape of early 20th-century Berlin, interweaving Armajani’s own calligraphic translations into the Farsi of Benjamin’s memoir, Berlin Childhood around 1900, and the biography Bonhoeffer: Pastor, Martyr, Prophet, Spy by Eric Metaxas.

The exhibition will offer a comprehensive viewing of architecturally scaled sculptures that reflect significant movements in the artist’s career, including Bridge Over a Tree (1970), The Art of Bridgemaking 2 & 3 (1974) and Street Corner No. 2 (1995).

The exhibition will be on view with special engagements during Art Basel Hong Kong from 23 to 25 March. A fully illustrated catalogue will be published to coincide with the exhibition. Please contact the gallery for more information. 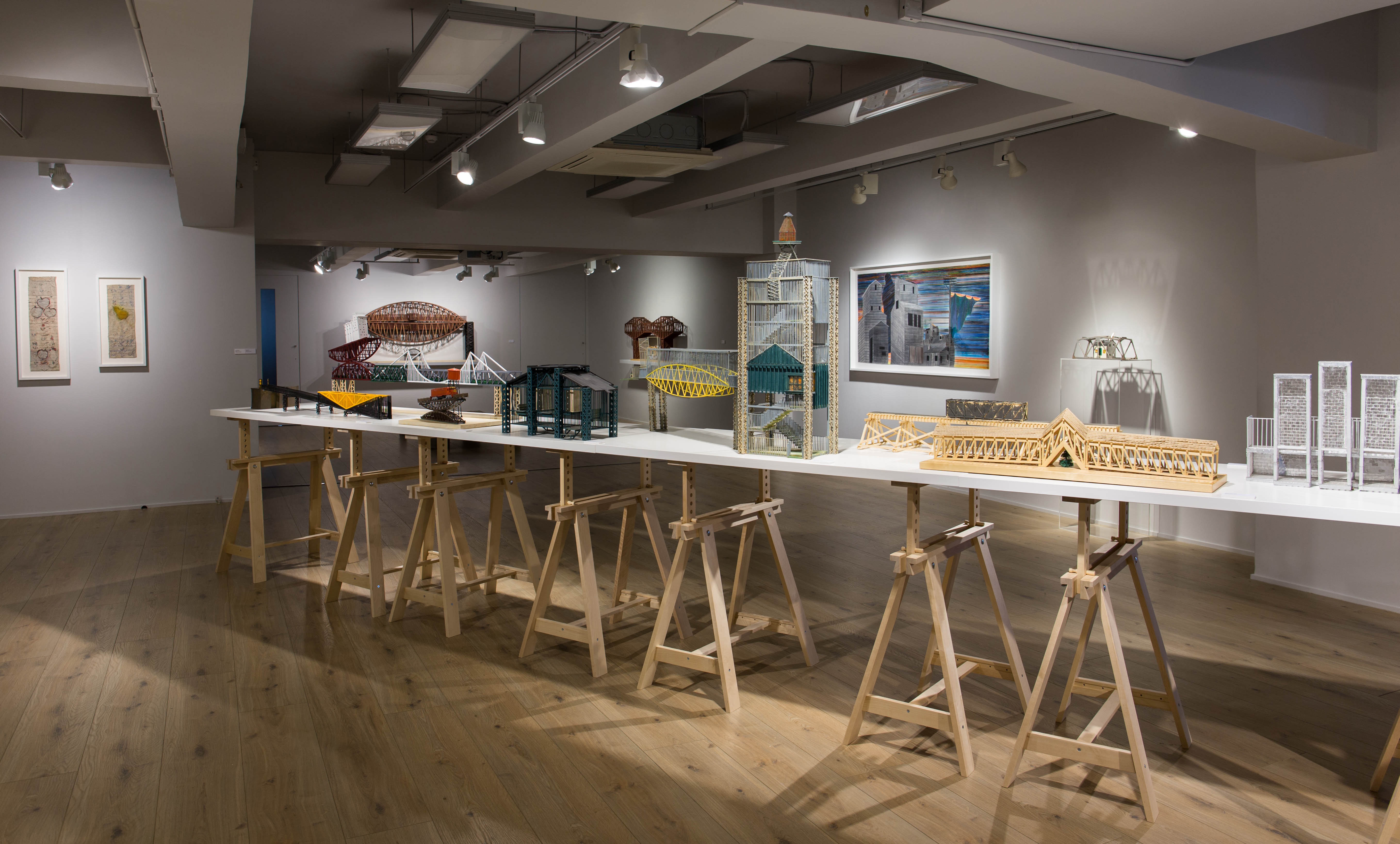 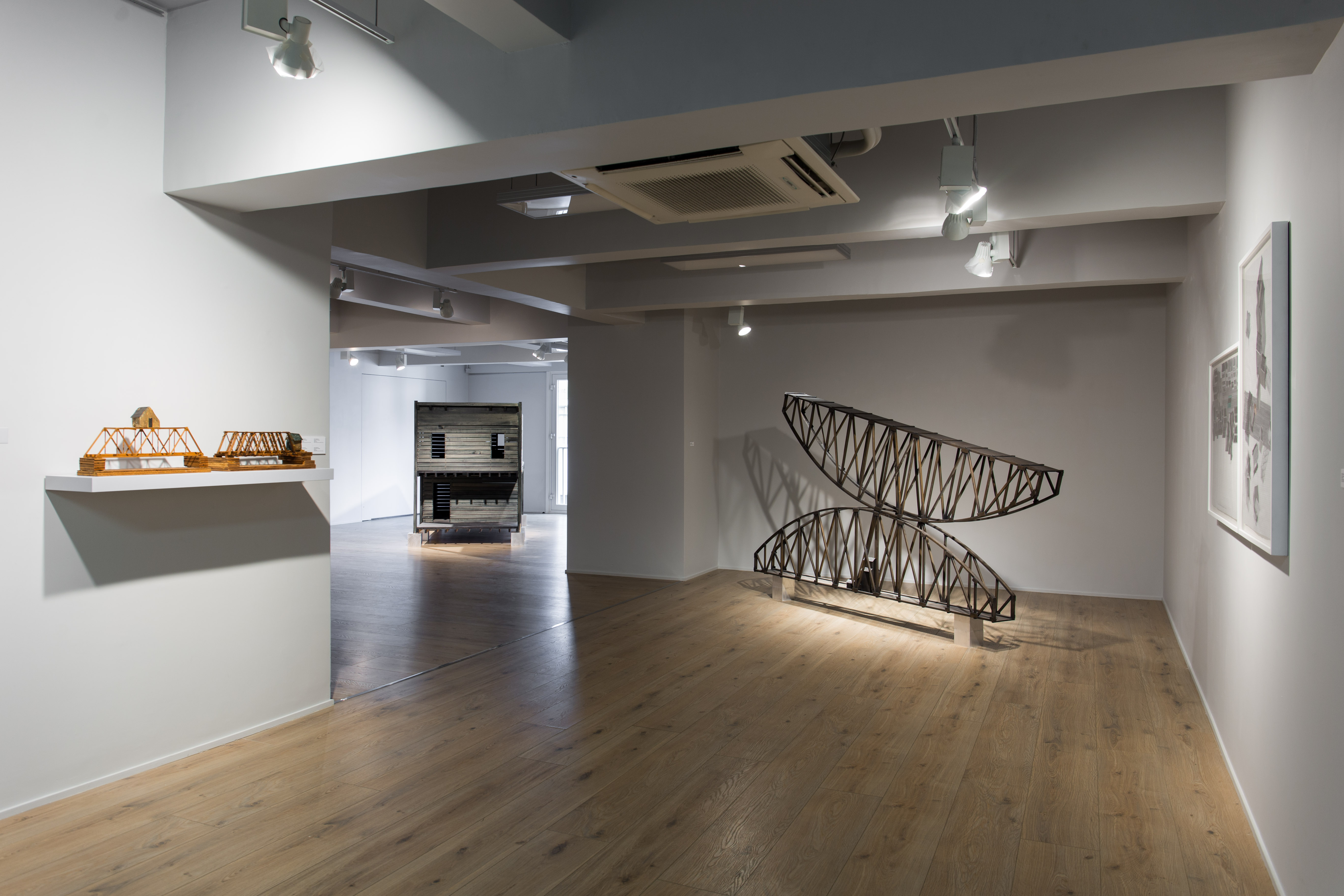 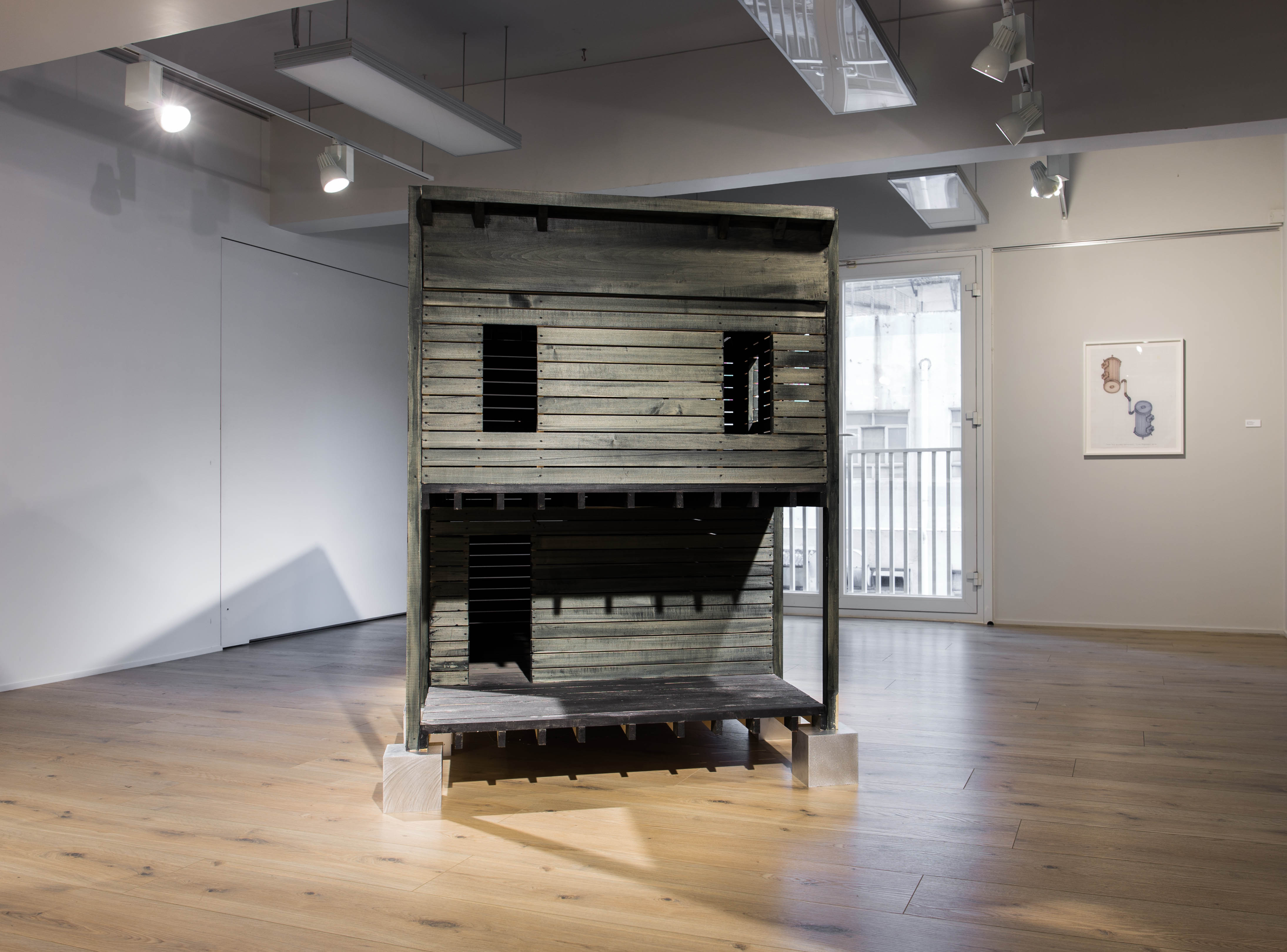 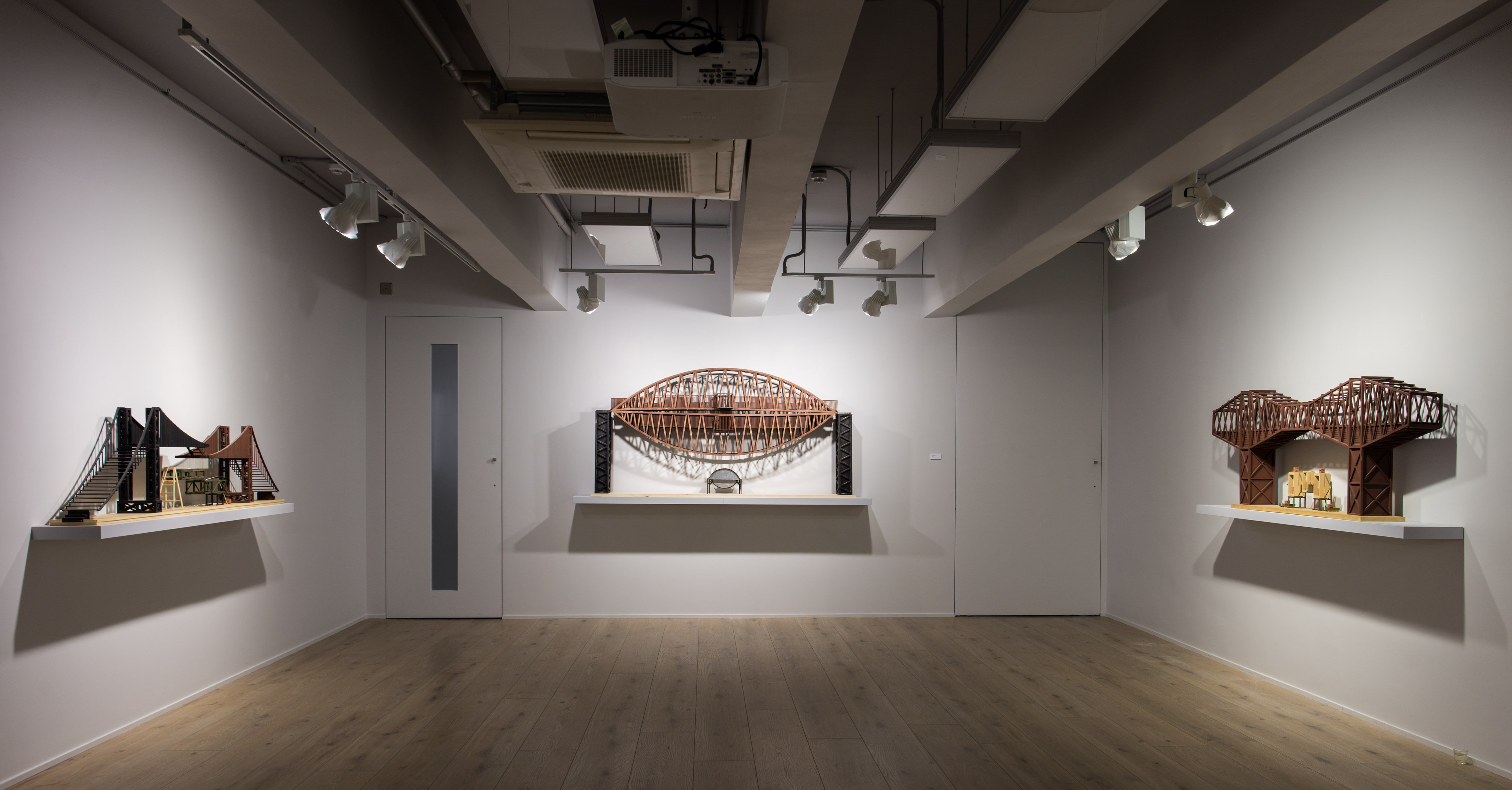