Upon the completion of the two-month artist-in-residence project, Rossi & Rossi will revert to a gallery space for the solo show of Szelit Cheung from July 3rd to 31st, 2021. Pursuing his expedition in the concept of void, Cheung amplifies the characteristics of our gallery space by portraying light and colour in an exquisite manner. His canvases have brought the gallery out of its ordinary presence, enabling it to undergo a metamorphosis from being an exhibition venue to becoming an exhibition’s theme. Titled Space, the show comprises a series of paintings that depict the semi-fictional interior based on the actual structures of the gallery. Space will mark itself as the final show at this gallery space which Rossi & Rossi has inhabited since 2013, and we look forward to presenting more exciting exhibitions at our future address.

The installation Color in the side viewing room embodies the arduous process of oil painting by having sheets of colours mounted on the walls. The effect that viewers perceive from his paintings is an outcome of repeated, elaborate steps of underpainting, overpainting and retouching. Throughout the artist residency, he records every single shade he uses by painting each specific shade on separate sheets of paper, and the room is now transformed into a palette for the works in Space. This series has an ostensible presence of the colour red, yet there is a multitude of tones and transitions building up layer by layer. The blending of shades adds a certain haziness to the pictures, and yet the details of light and shadow are still meticulously laid out. In the spaces created by Cheung, the light sources hit at different angles and intensities, creating multiple scenarios for the play of light and shadow. This performance is extended from canvas to life, as Endless is set up to face the largest painting with paper of various lengths draping from the ceiling. The sheer overlaying sheets reciprocate the composition of the painting, and cast shadows that lure viewers to go after the flickering lights.

Light and shadow are elemental in the paintings of Cheung. They outline the space and set the mood, bringing forward Cheung’s observation of void. He extracts a feeling of serenity out of the formless in an empty space, and offers his audience an experience free from external disturbance. The challenge in depicting a space does not solely lie in the accurate reiteration of a three-dimensional structure, but in the assimilation of ‘space’ as both the subject and content. The emptiness of the space could seem to be lacking an object, while viewers’ attention still has to be kept hinged. The aesthetics in his art is evocative of the understanding that Japanese Zen has of void: there is no substantiality in the self, and with this emptiness one is capable to encompass everything.

In comparison to the spaces painted in Shimmer (2021) and Space (2020), he has detracted the distinctive Gothic stained glass windows and rib vaults that are ornamental to the composition. The neat linear structures this time emphasise on the contemplation of the void, and the toned down theatricality in how the spaces are viewed prompts a more immersive experience with the paintings.

In Space, the artistry of “timing” remains integral, as the scenario where light interacts with shadow shows an abundance of ingenuity. Such imagination breaks the passage of time to deliver a dialogue with the space, providing the audience a getaway from their everyday state of mind to a zone for reflection. 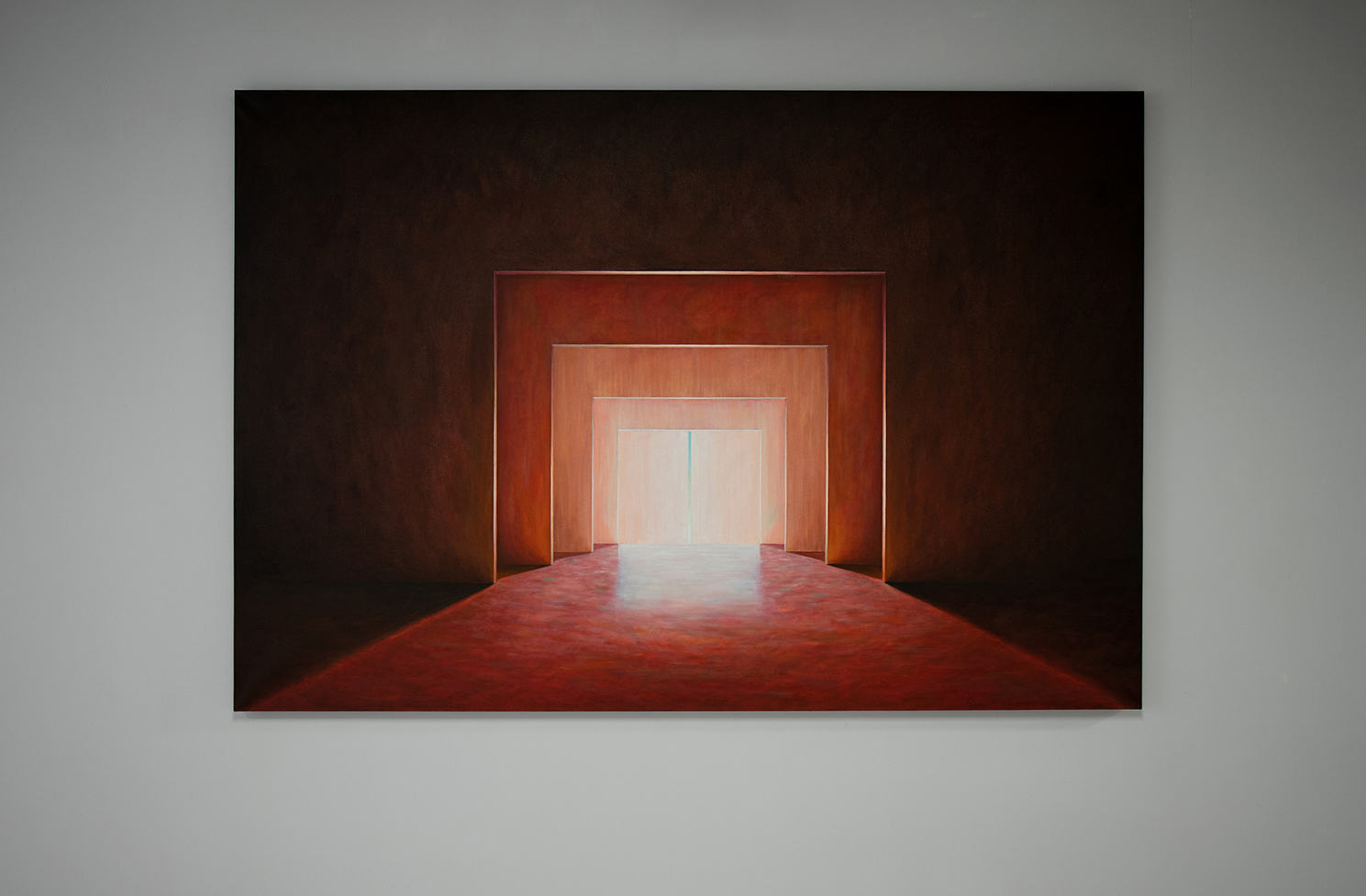 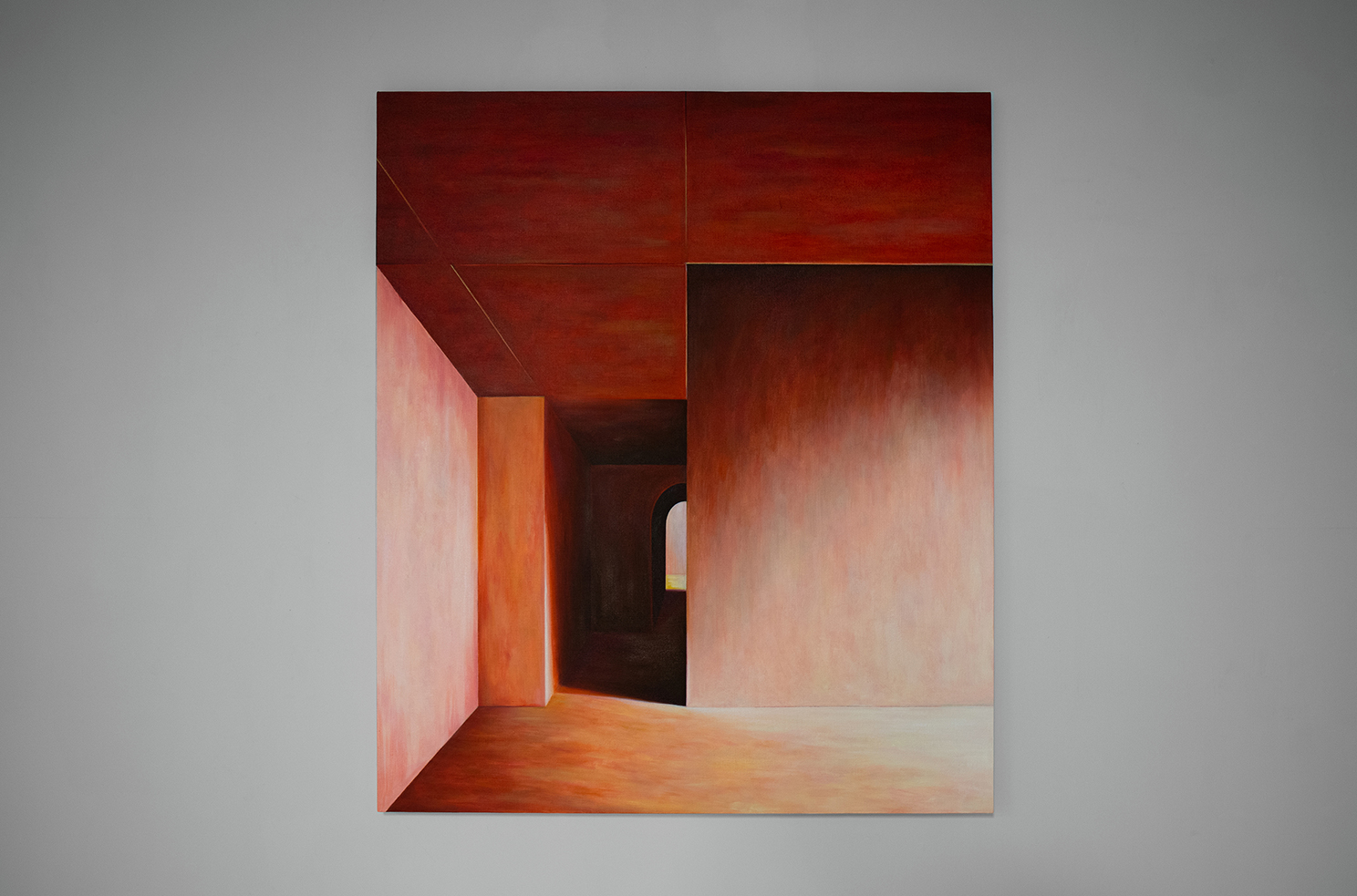 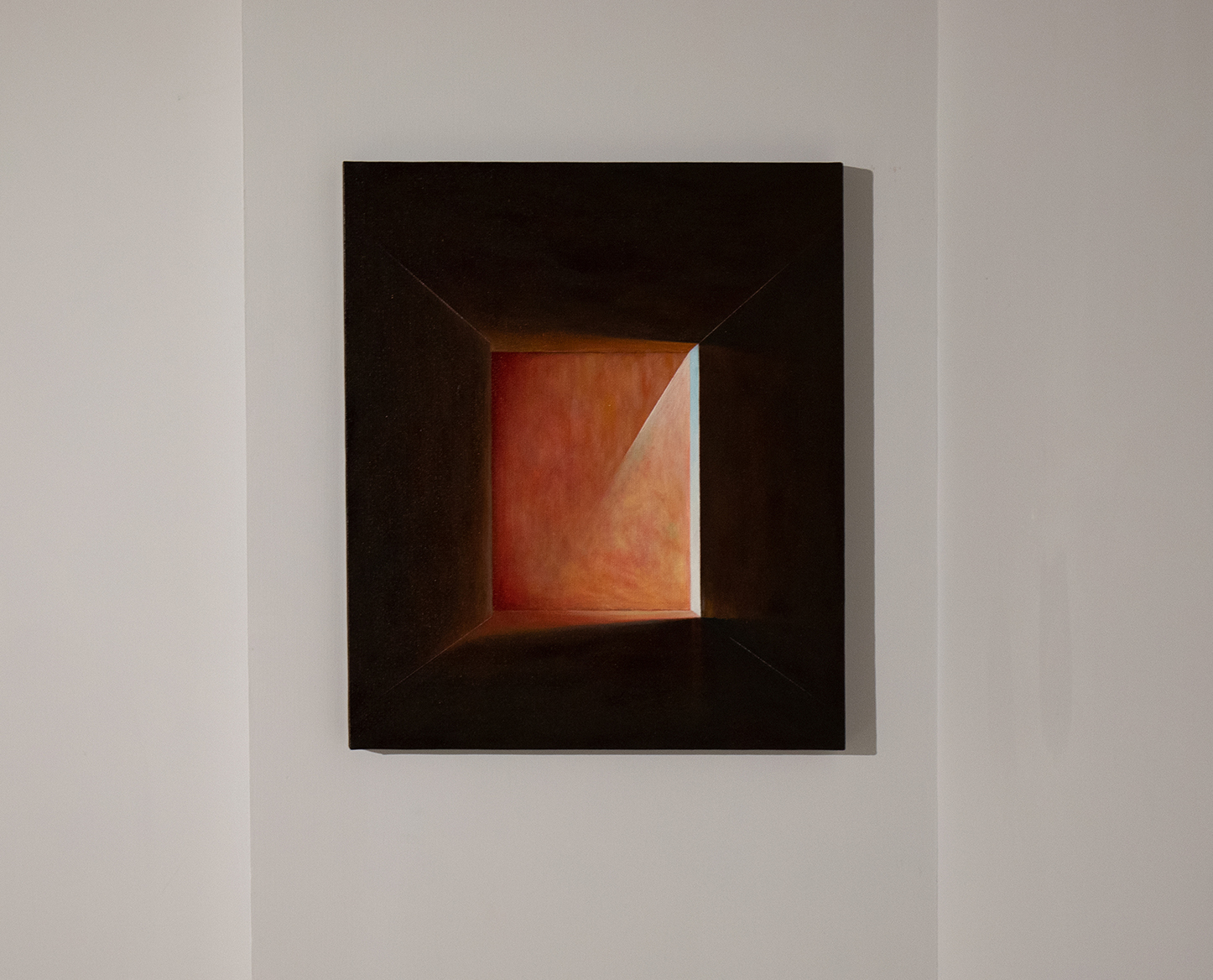 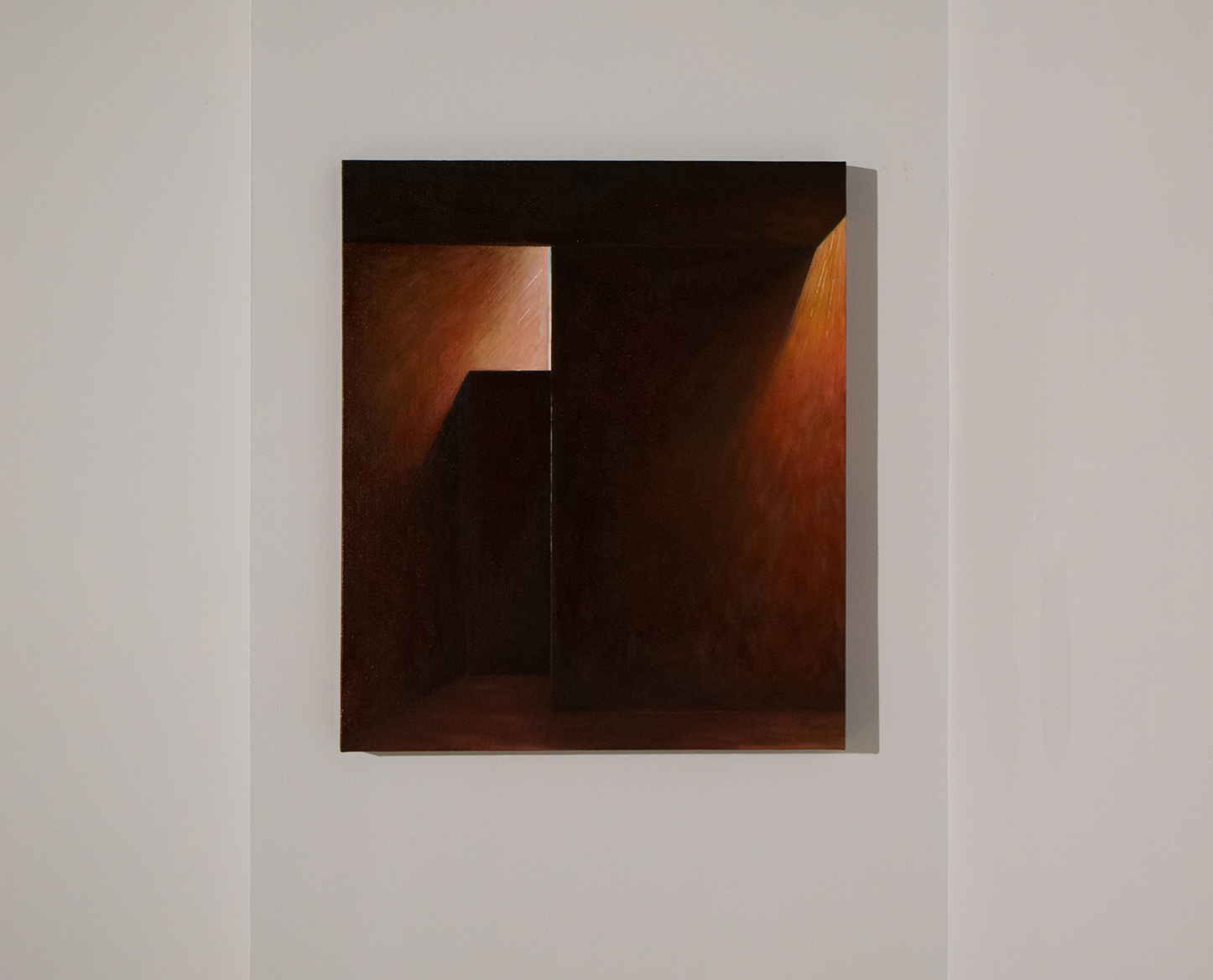 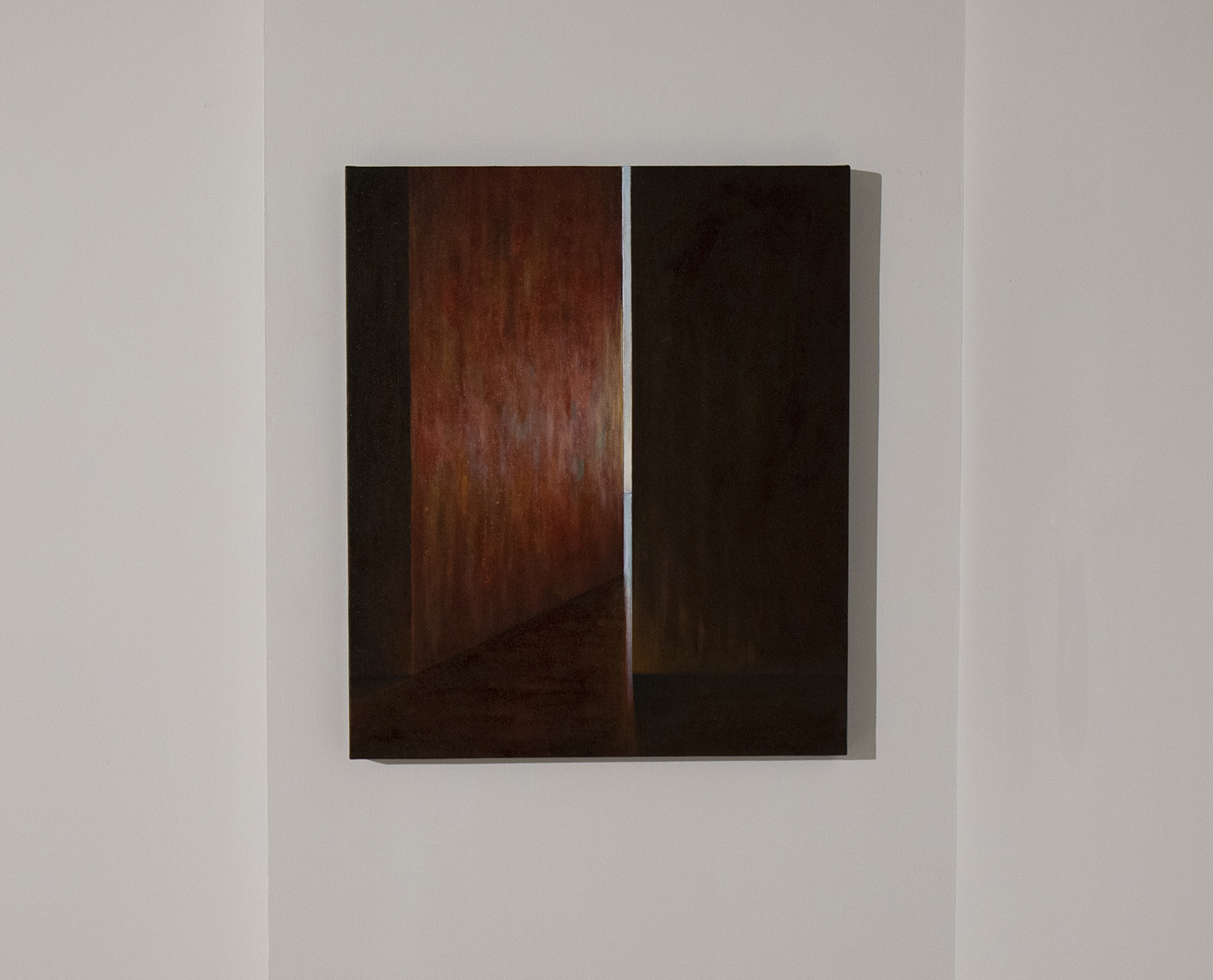 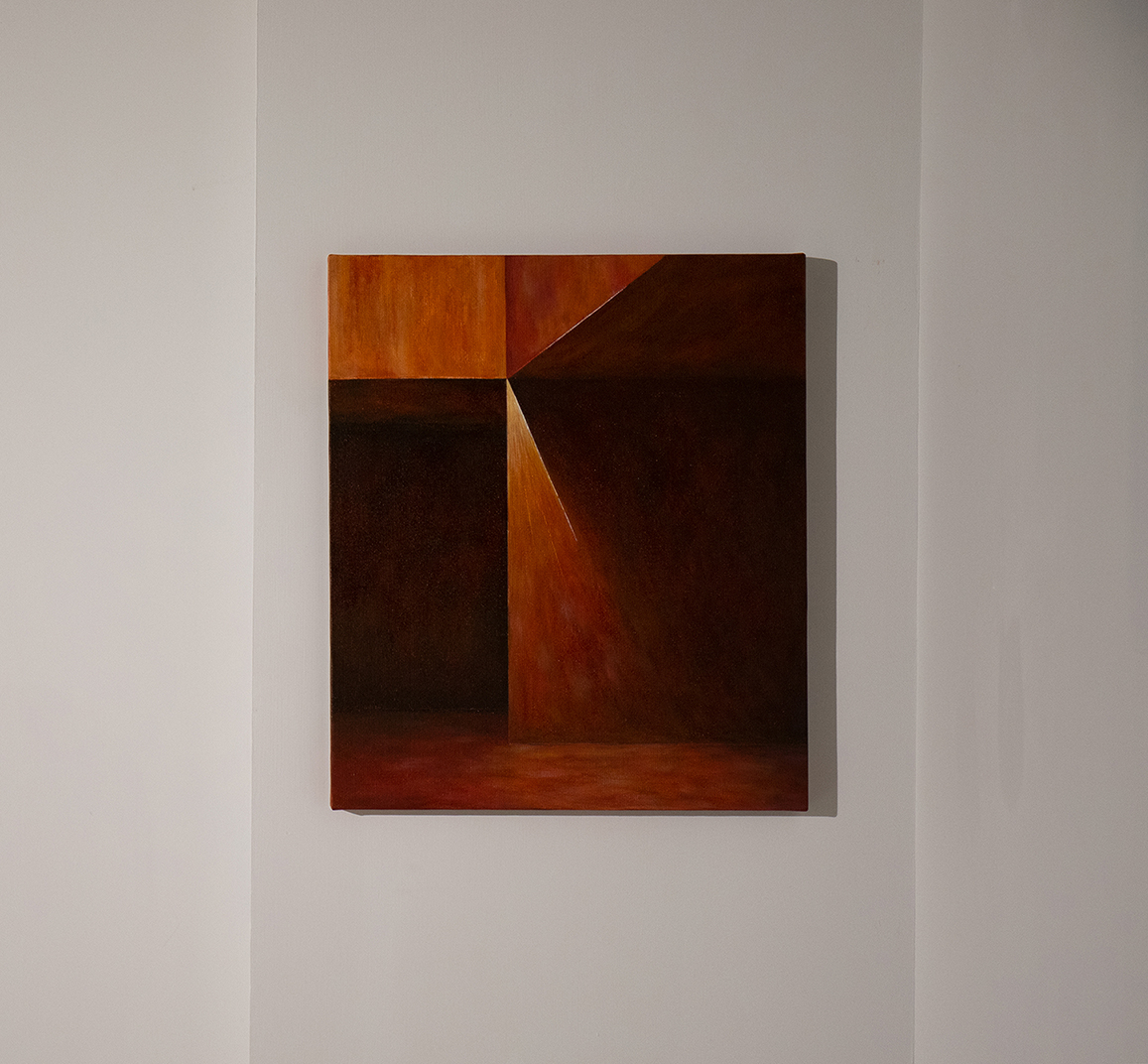 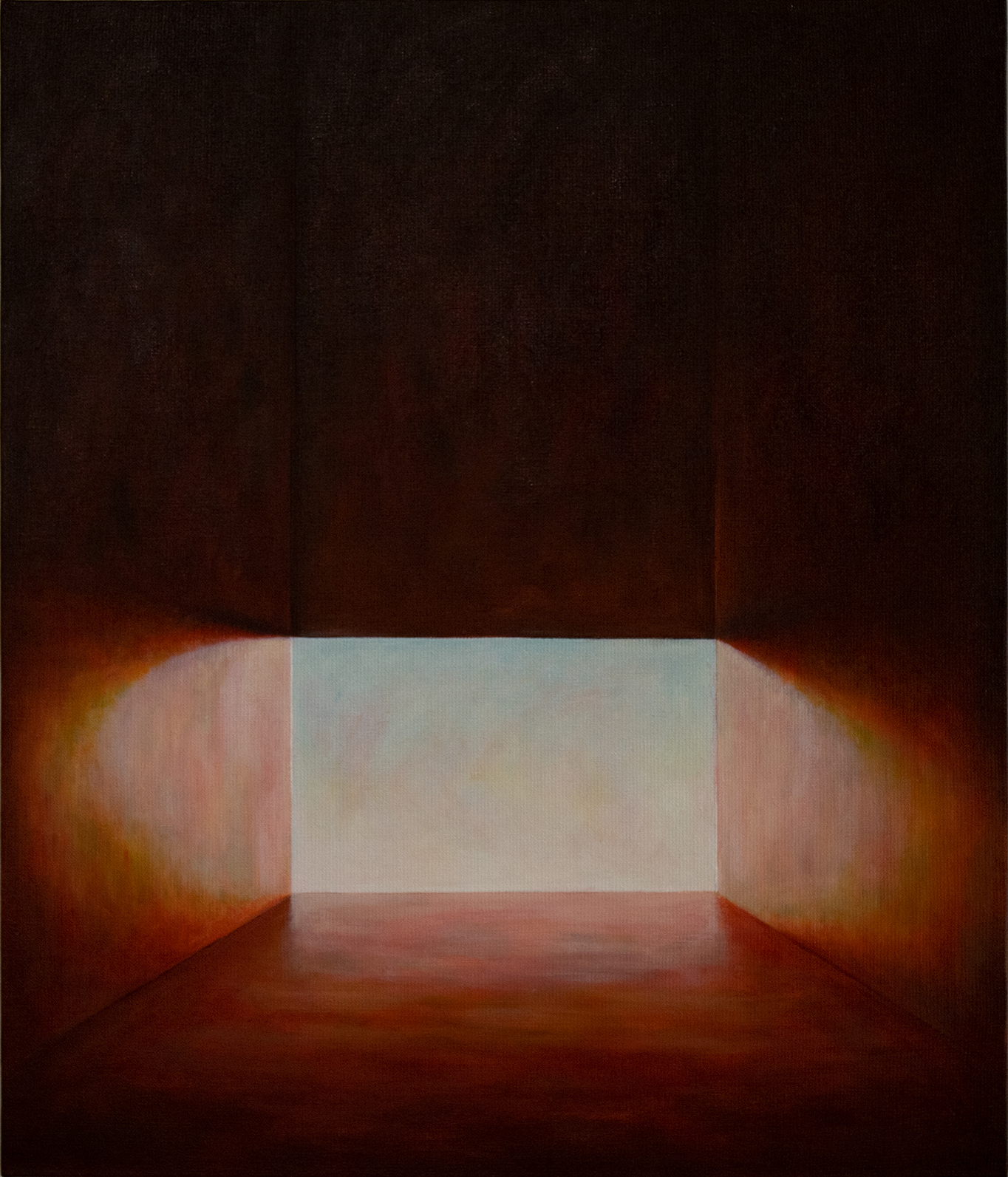 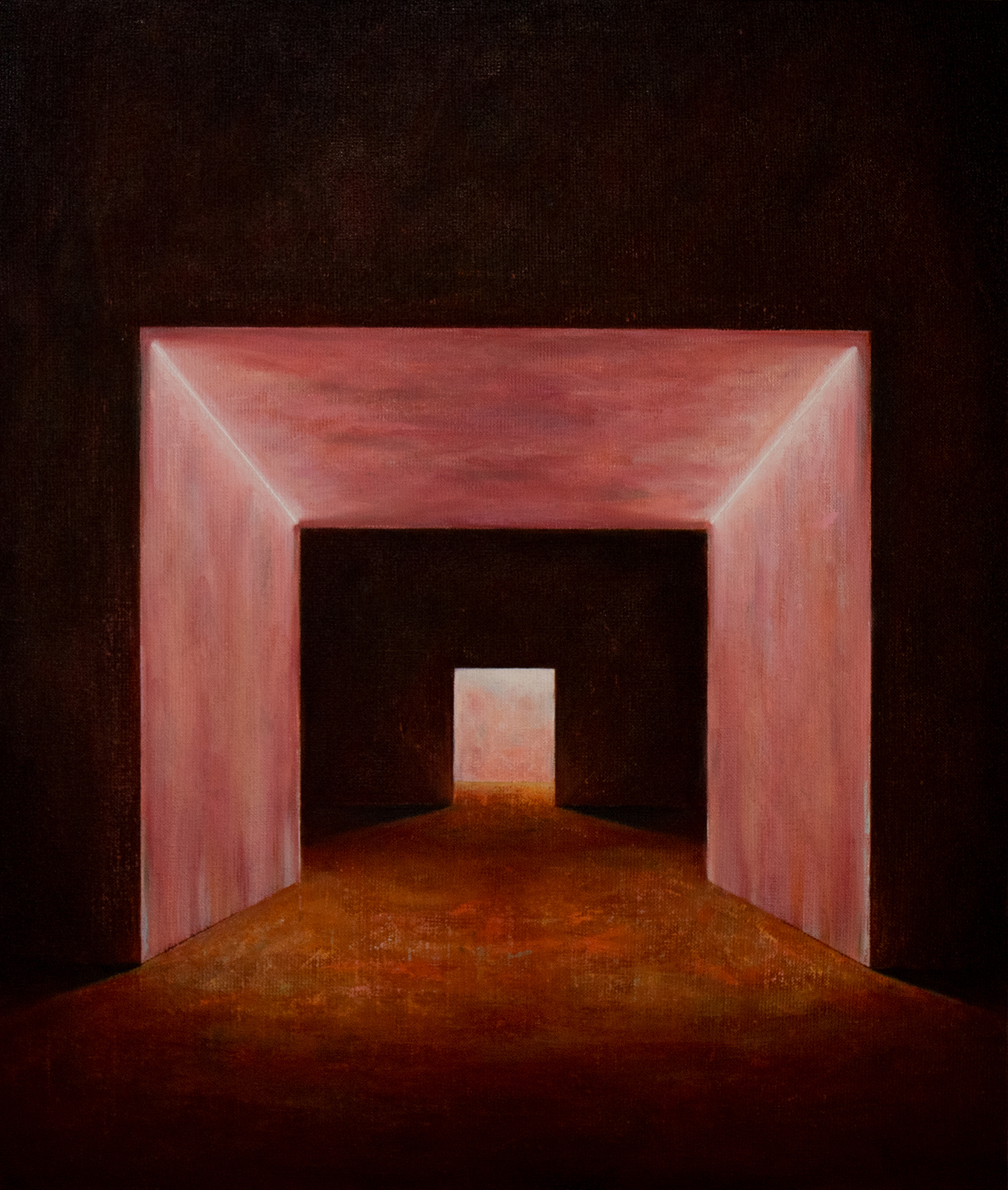 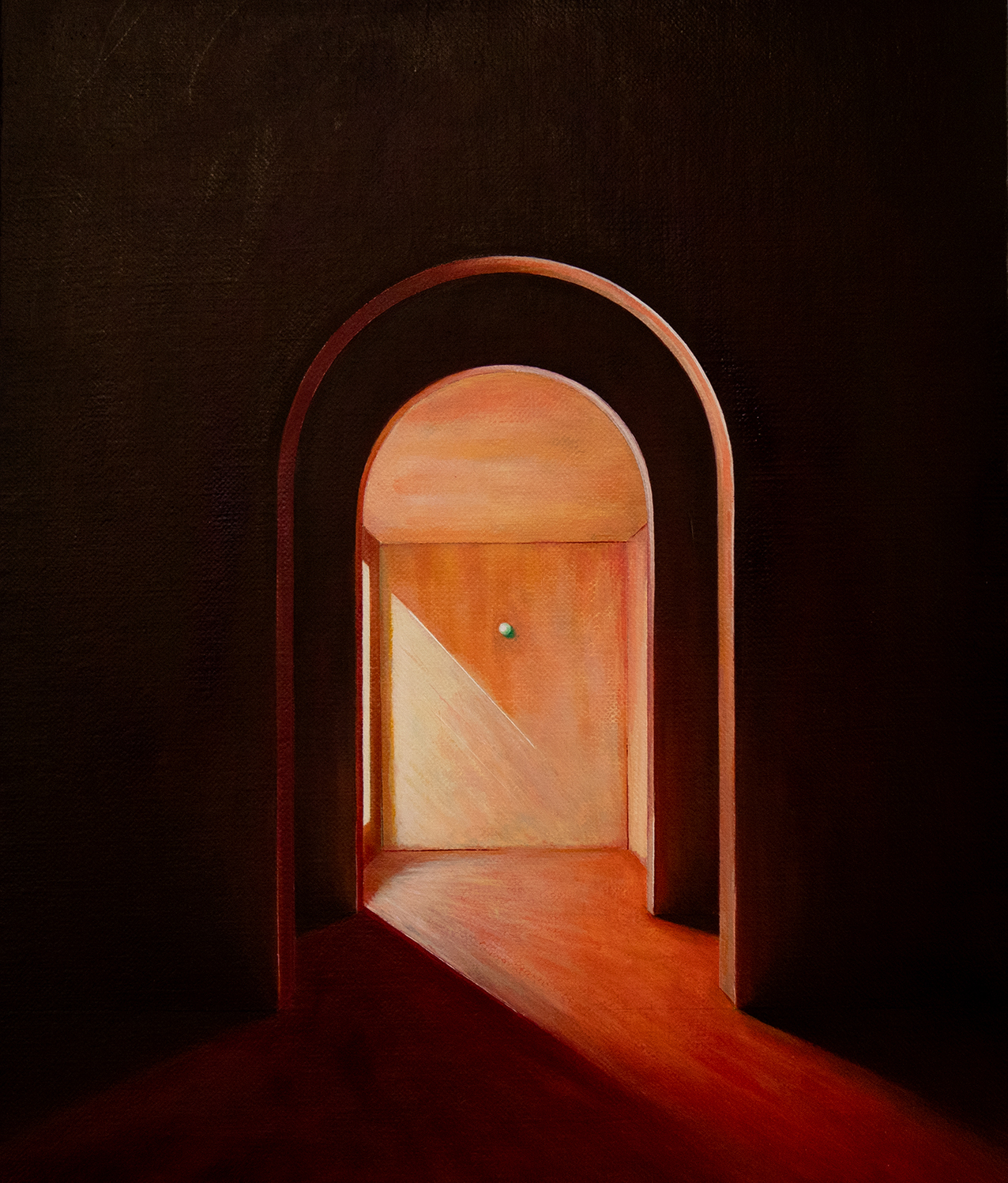 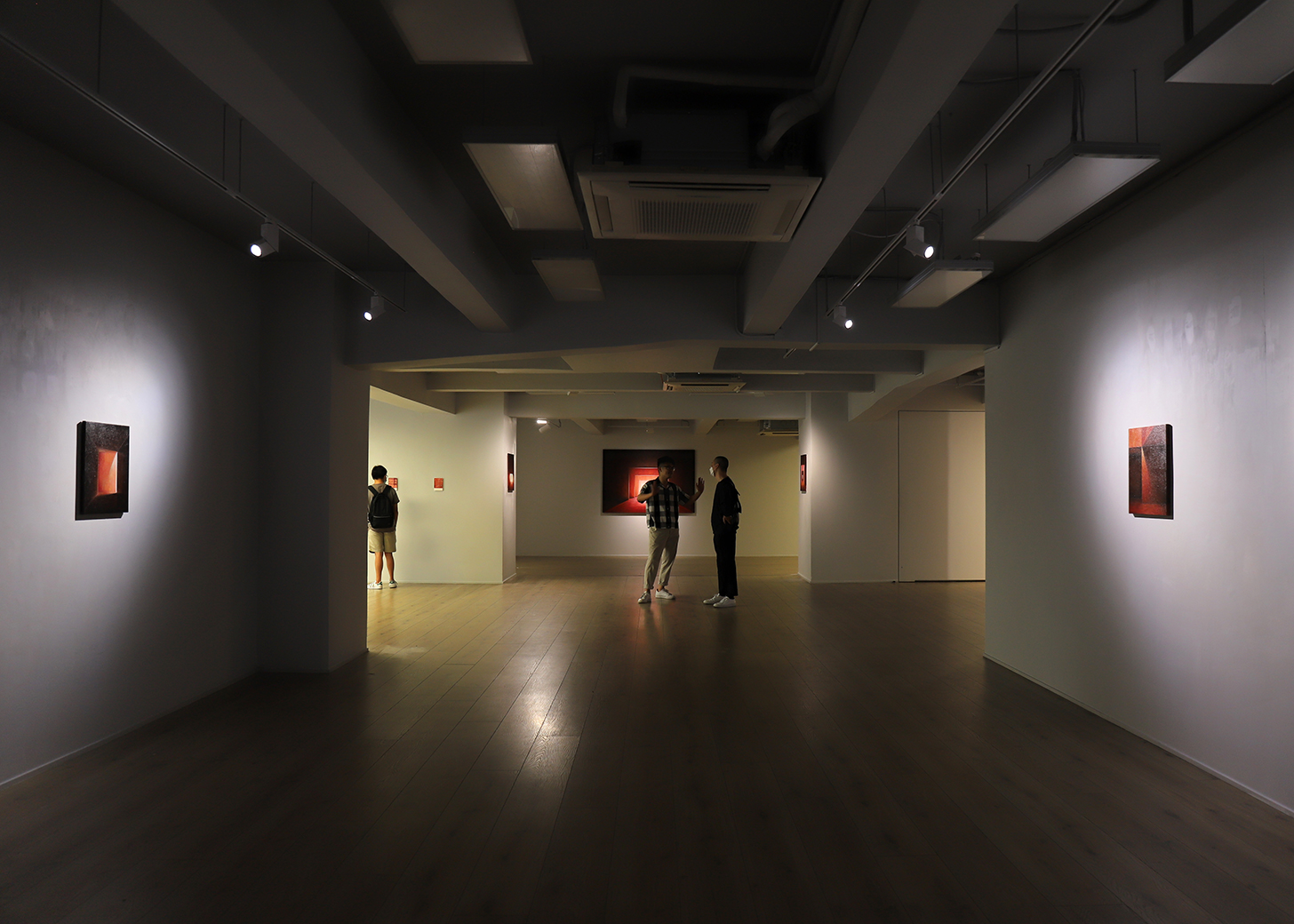 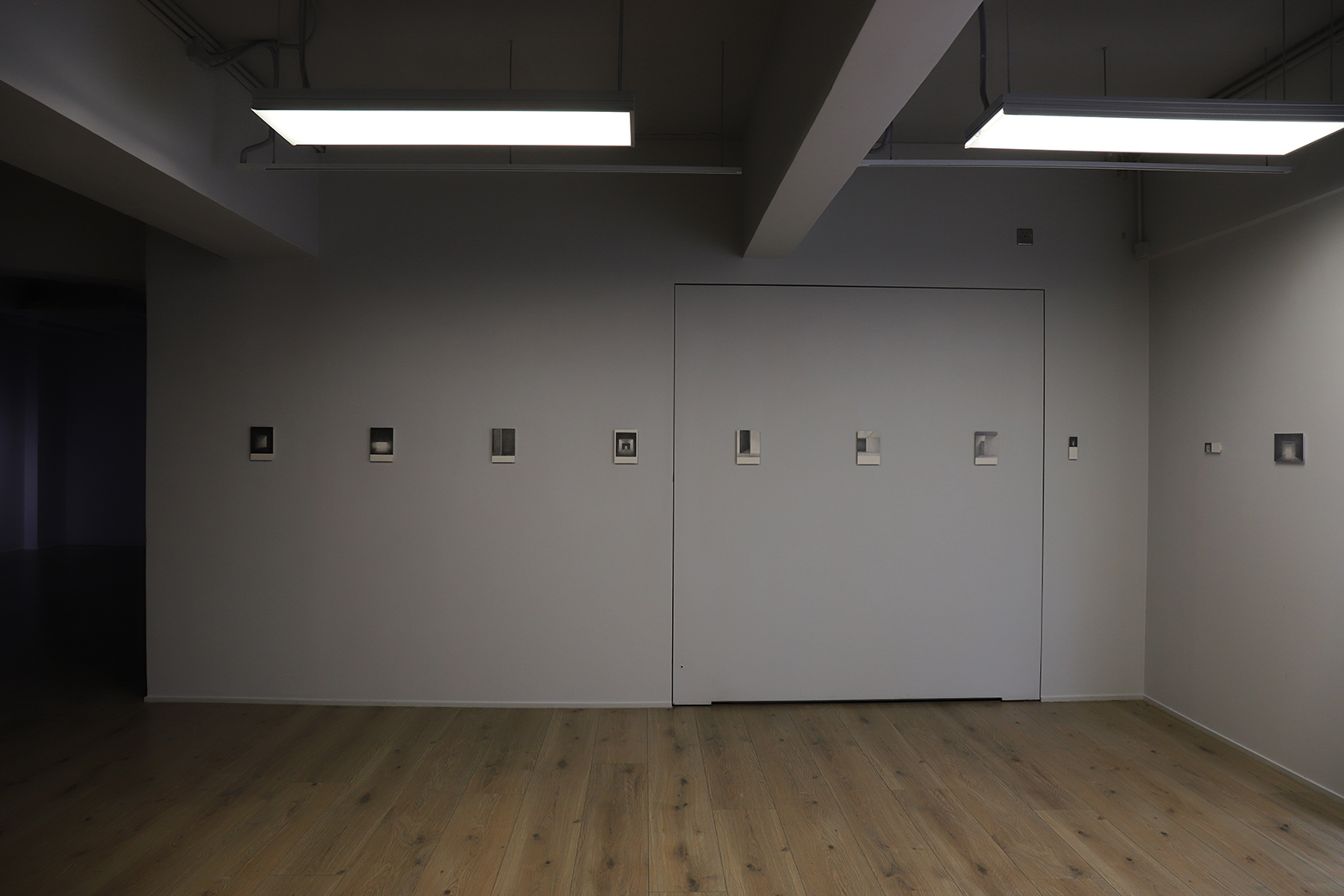 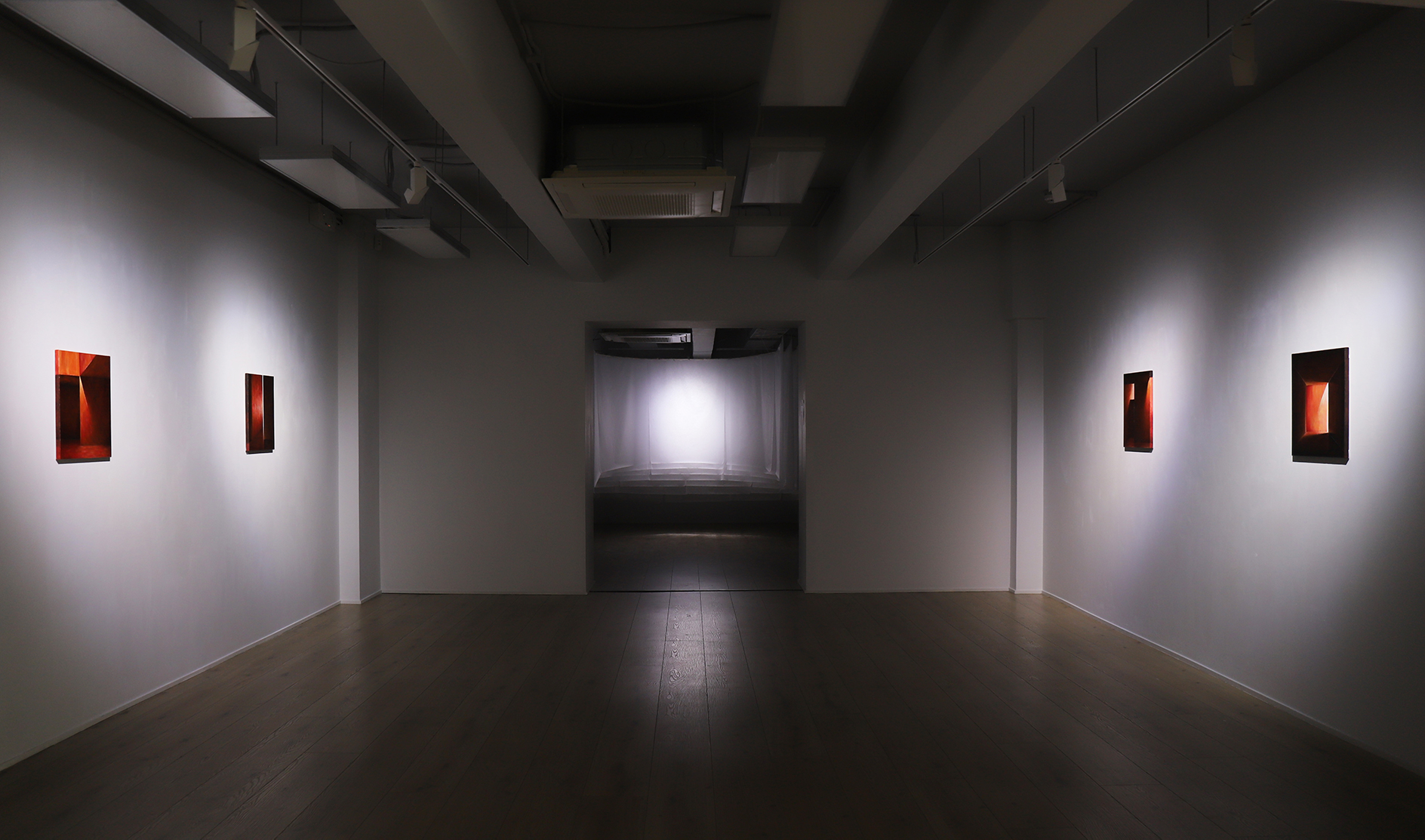 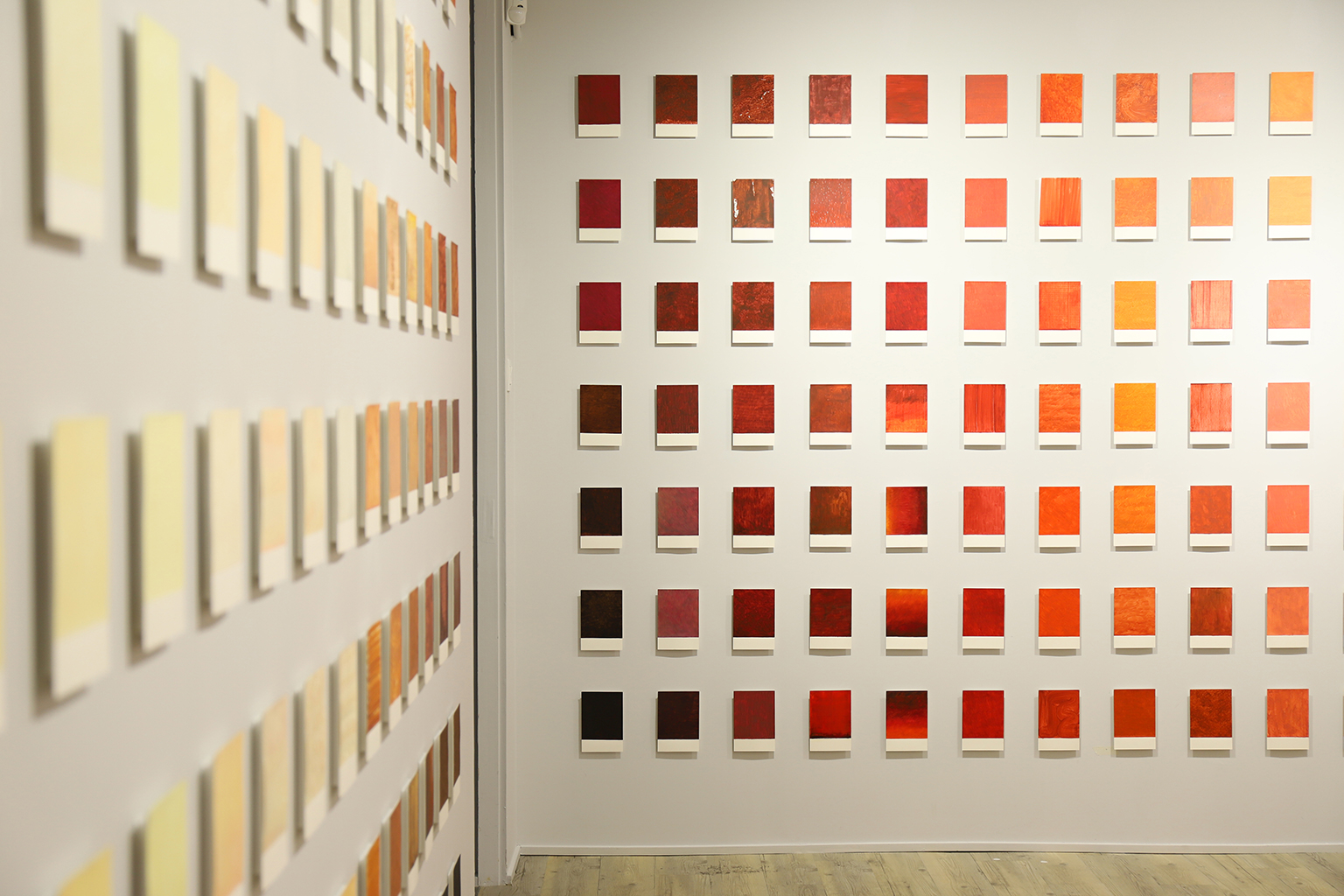 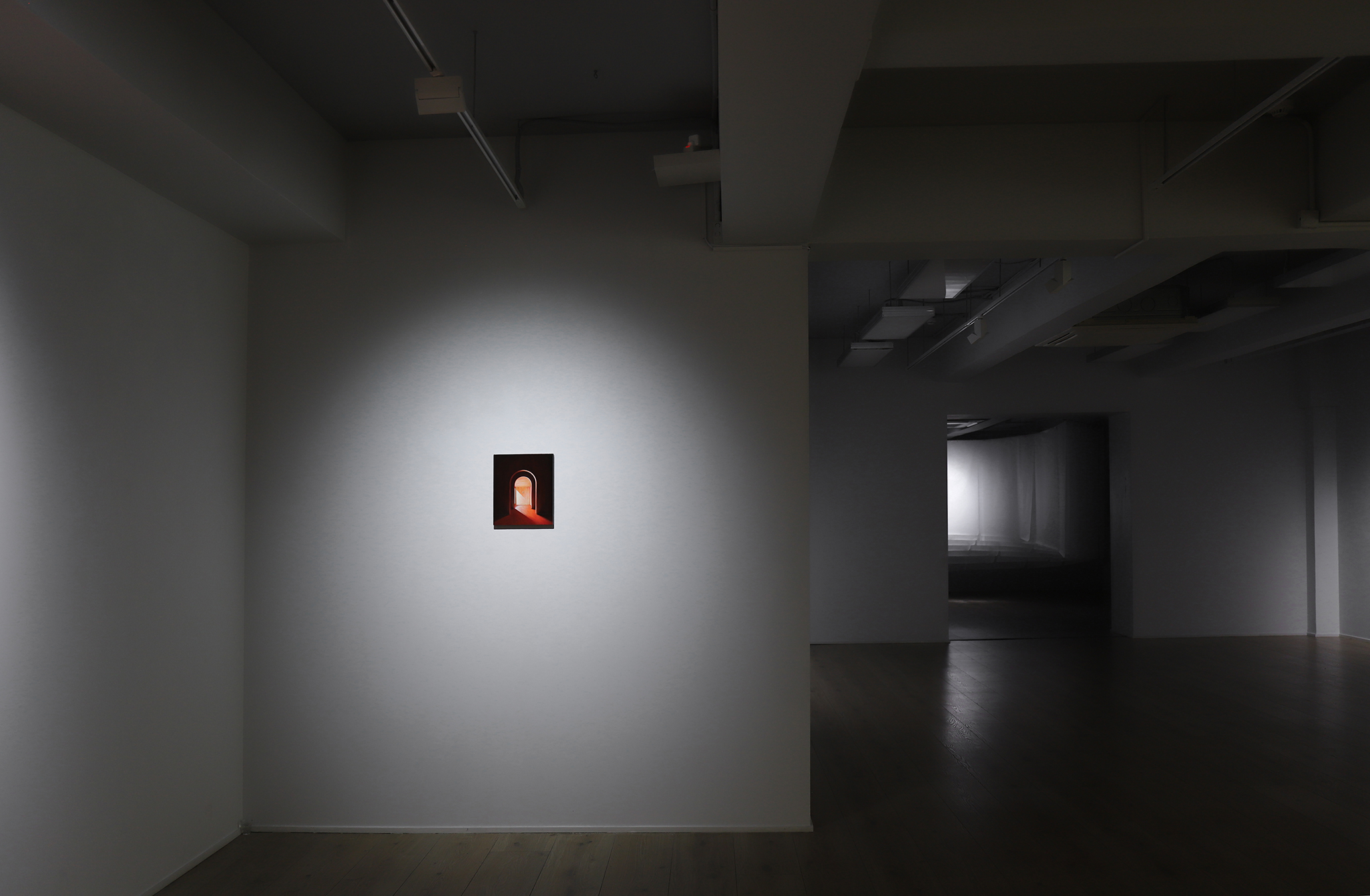