Rossi & Rossi is delighted to present Stone Talk by celebrated Italian artist Elisa Sighicelli (b. 1968). Co-presented in partnership with the Italian Cultural Institute in Hong Kong, this will be her first solo exhibition in Asia. Stone Talk features a selection of photographs that scrutinize overlooked details of museum interiors and of artworks in a number of institution collections.

Known for her experimental approach in the medium of photography, Sighicelli probes into the materiality of photos and its effect on our way of seeing. Merging with materials that have different tactile properties and textures, her photographs analyze the ways in which reality reflects itself and often times appears to be made from the very substance it represents. In a world saturated with virtual images, the artist sets out to restore the palpable tangible existence of images in a physical space.

Sighicelli examines ancient statues such as Aphrodite and the Farnese Bull to investigate the representation of the body and its objectification, violence and desire. Printed directly on marble, Untitled 9038 (2019) captures a fine fragment of an antique Roman sculpture. The veins of the stone blend in with the contours of the body and garment, the tension in the figure’s posture is embedded in the materiality of the stone, constructing a physical presence of the photograph: it is no longer an image of a marble object, it becomes marble.

Untitled 9161 (2018) takes the antique mirrors in the ballroom of Villa Pignatelli in Naples as the subject matter. The artist utilizes the oxidation on the mirrors to destabilize her frame and obscure the reflections therein. Again, guided by her search for a correspondence between the image and the surface it is printed on, Sighicelli chose to work on satin to display the photograph. The fabric is left to move, conveying an impression of sparkling fluidity, resembling the reflections on metal and the mirrors.

In the same villa, the artist’s gaze also turned to the lamps of old-fashioned horse-drawn carriages in the museum’s collection. In Untitled 9376 (2018), the smooth surface of the lamps is employed as an optical device. It mirrors the surrounding space while its convex metal disfigures the reflection and makes it look upside down, reminding the viewer of a camera obscura.

What equally fascinated Sighicelli is photographing vintage Murano glassware. Inspired by the traditions of still life paintings, the artist probes into the depth of the frame through the spatial configuration of the objects, confusing reality and optical illusion. Such is Untitled 9664 (2019). The lucidity of the glass is further enhanced by the softness and shimmer of the satin on which the photograph is printed, resulting in an effect of liquidity that echoes the characteristics of glassware.

Plasterboard is another material of choice for the artist’s study of architectural interiors. Focusing on a section of the wall at Palazzo Madama in Turin, the photograph on plasterboard, Gyproc Habito Forte 5847 (2018), shows a grid of warm sunlight and shadows bouncing off the geometry of the ornamented walls of the Baroque palace. Sighicelli intensified the light’s luminosity by painting the highlighted areas of the photograph with opalescent pigments. In some photos taken in the same place, the artist resorts to windows as the frame and glass windowpanes as the filter to distort the images creating a perception of the space as a labyrinth.

The exhibition is going to be accompanied by a selection of ancient Roman steles and remnants in an attempt to foster a dialogue between antiquity and their reinterpretation through contemporary lenses across time and space.

We would also like to take this occasion to announce Elisa Sighicelli’s monograph, 9 Years. Published by Skira, 9 Years is retrospective catalogue for Sighicelli, one of Italy’s most rigorous artists, always questioning the limits of representation through photography. 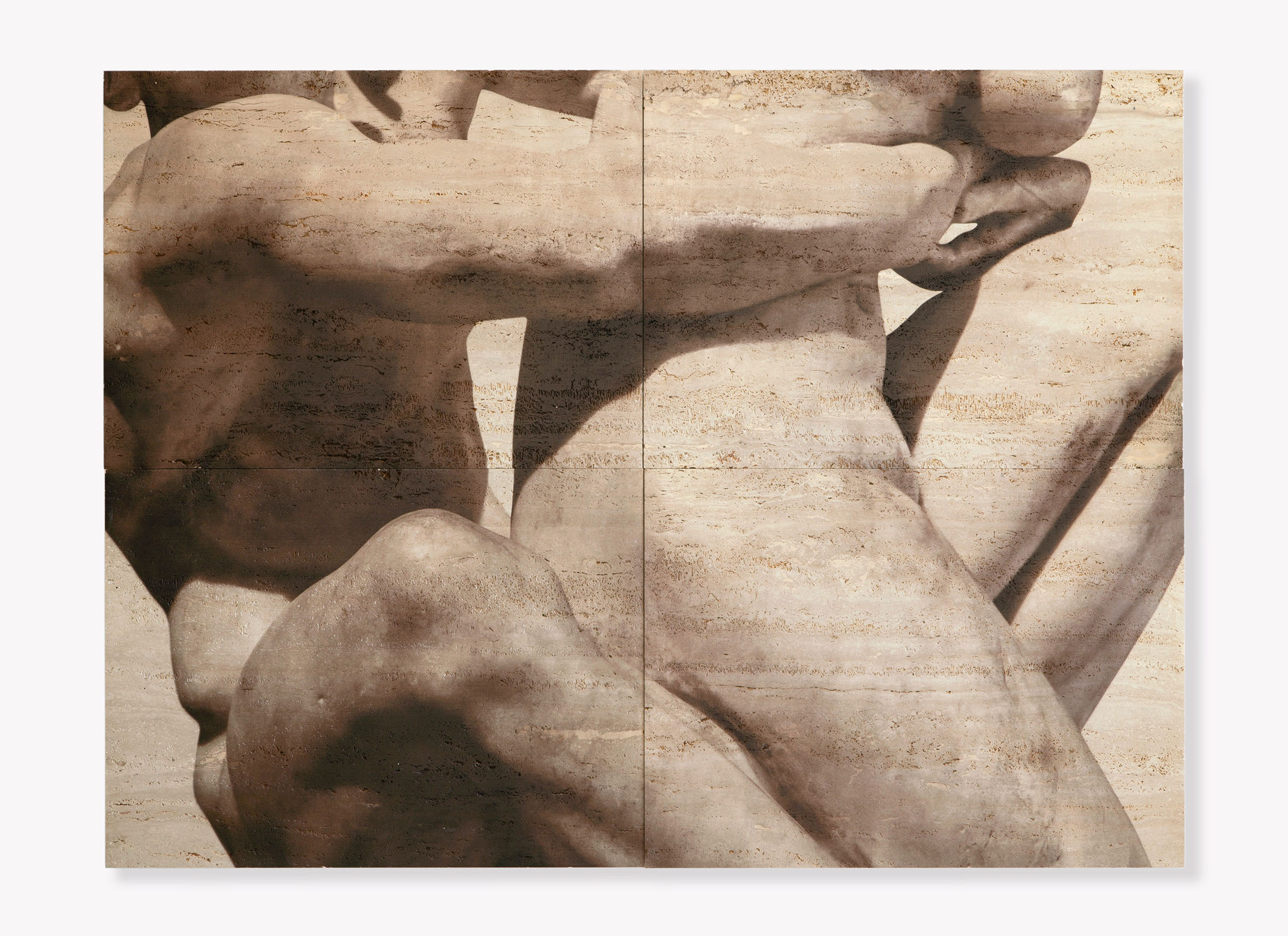 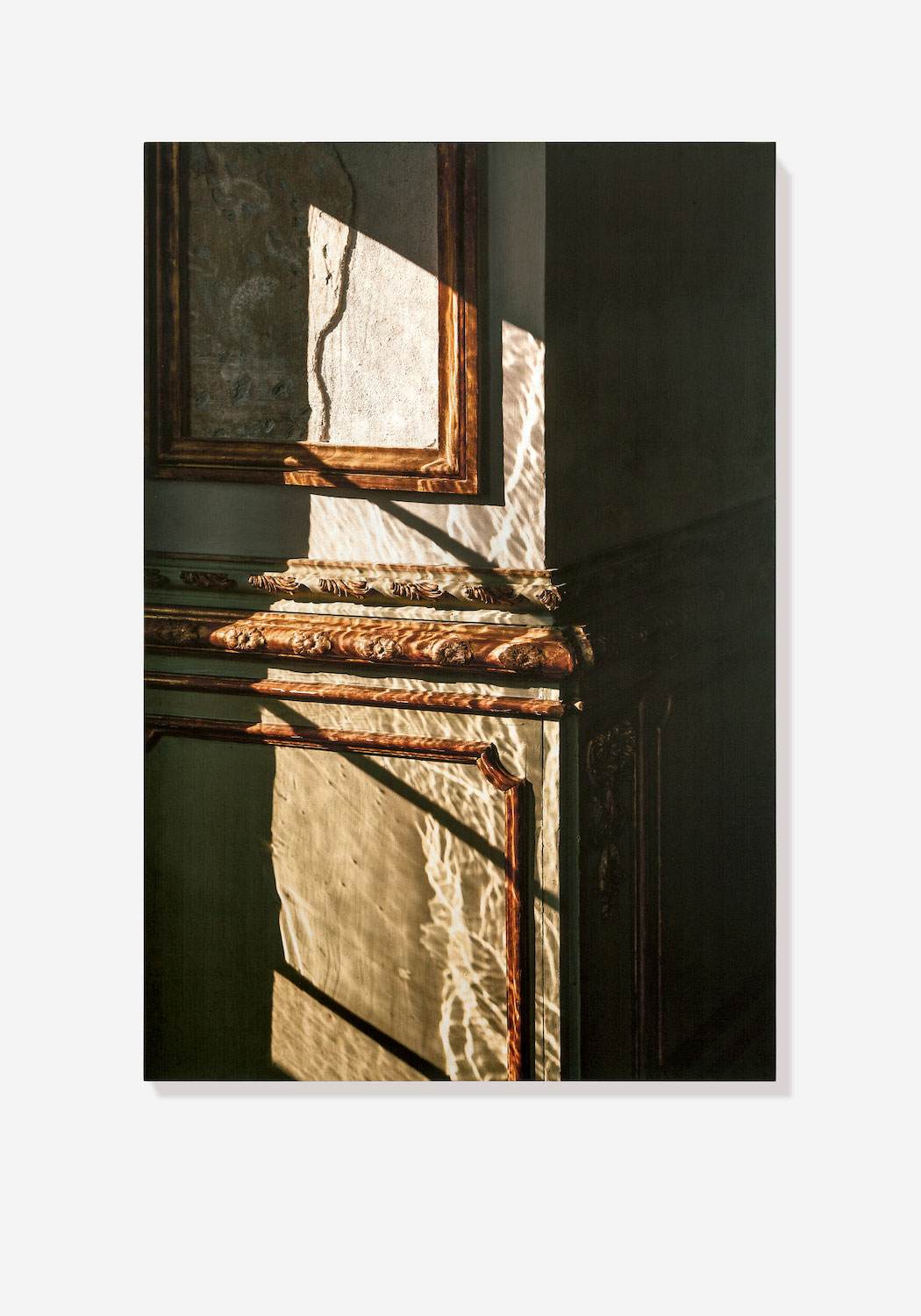 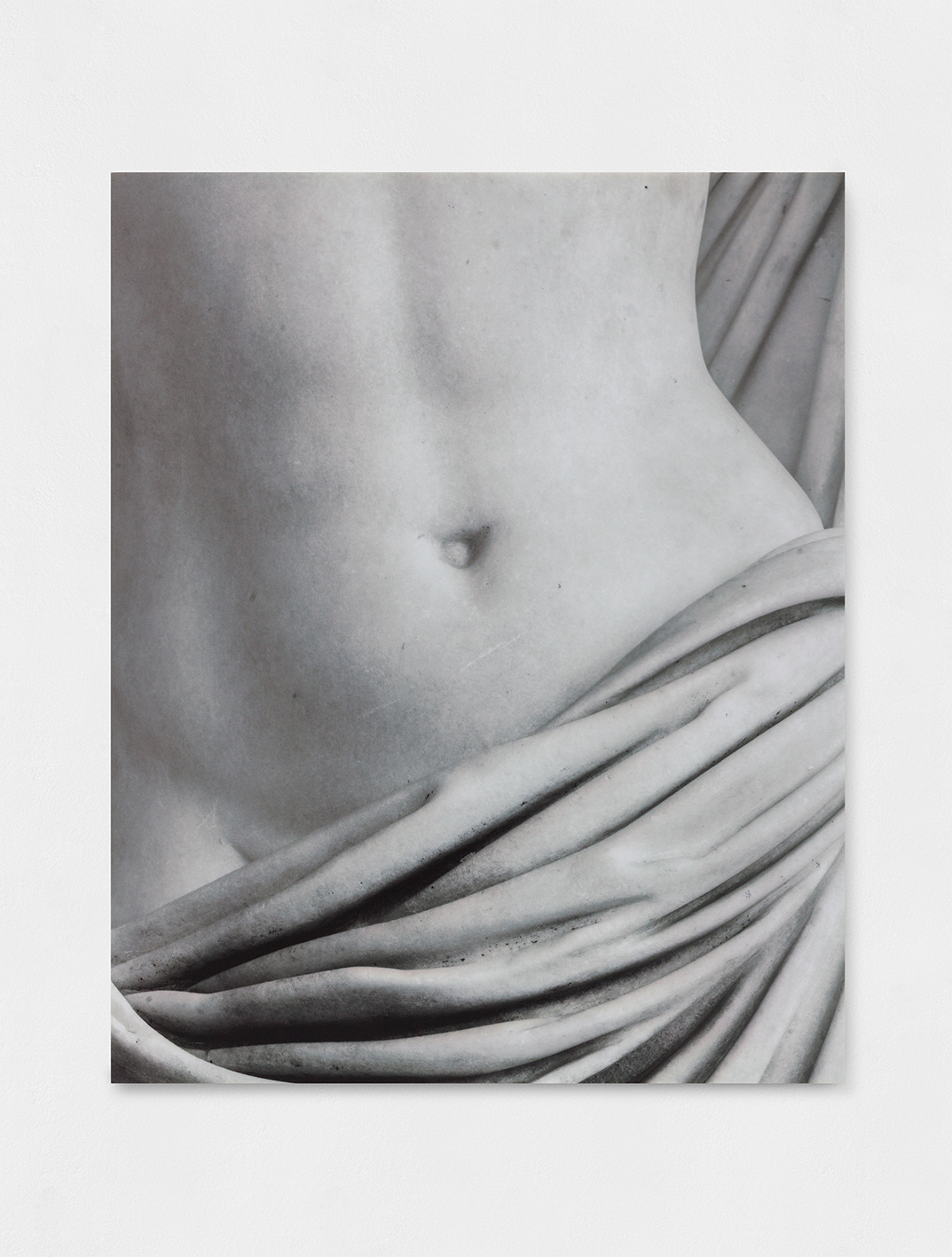 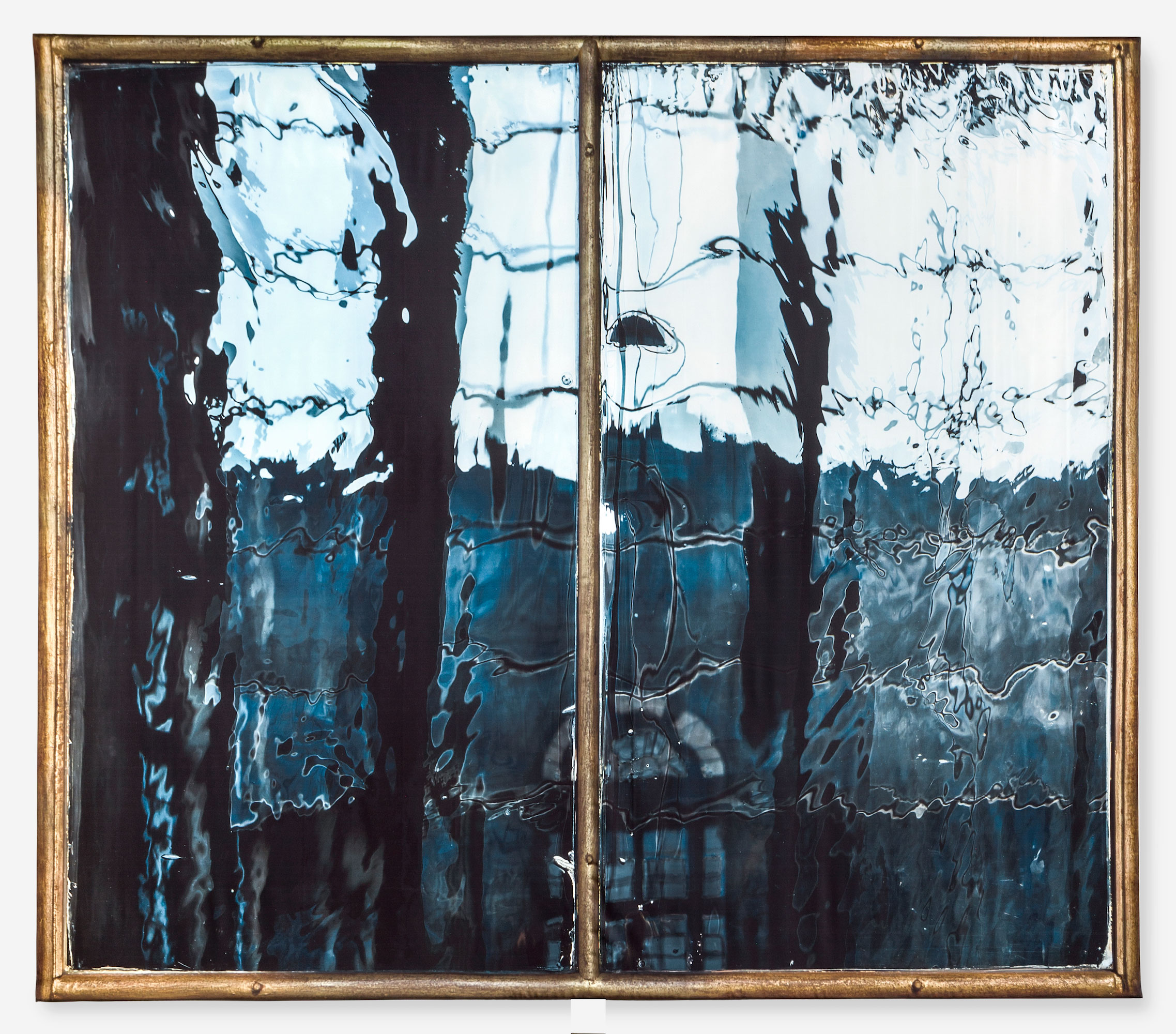 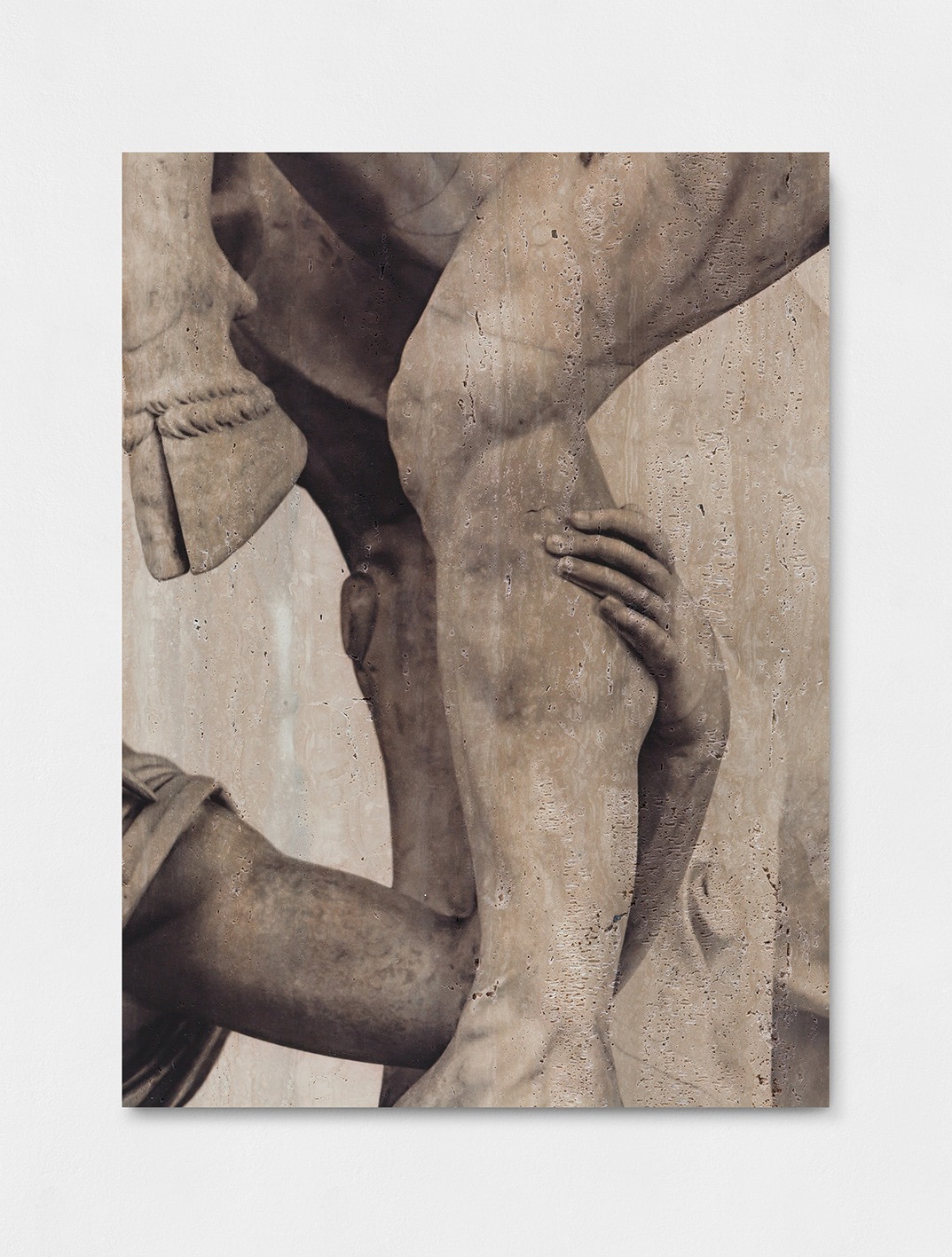 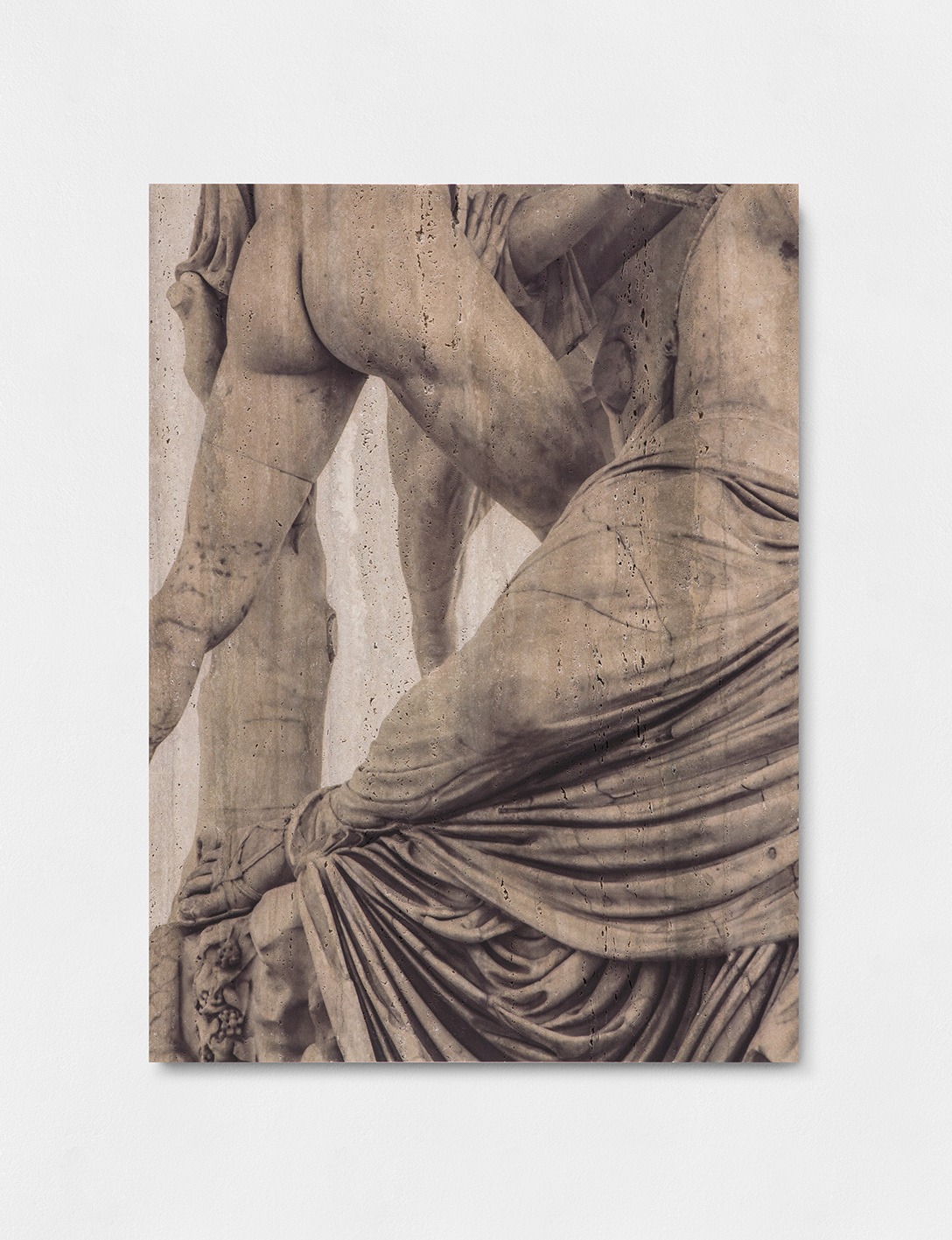 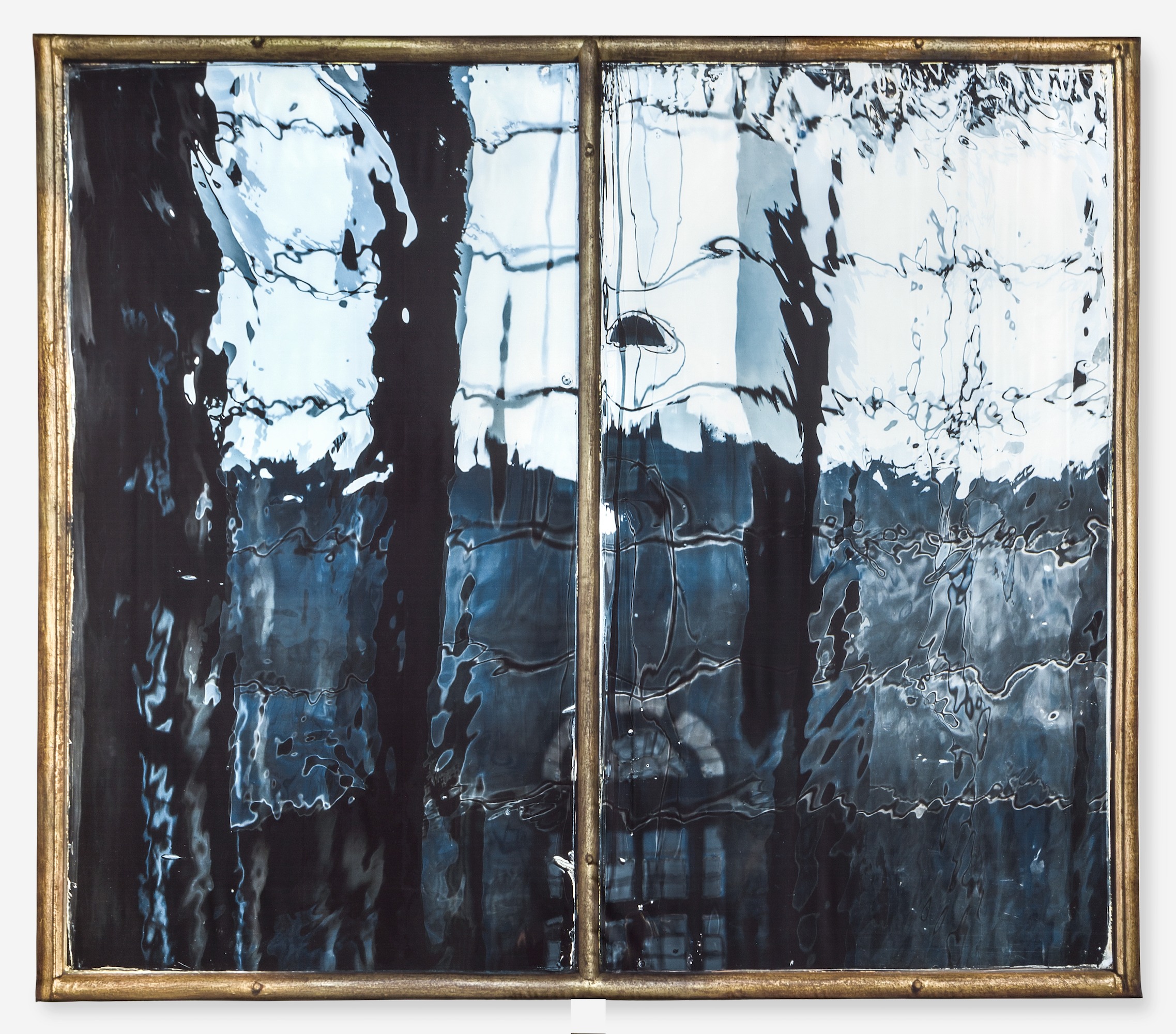 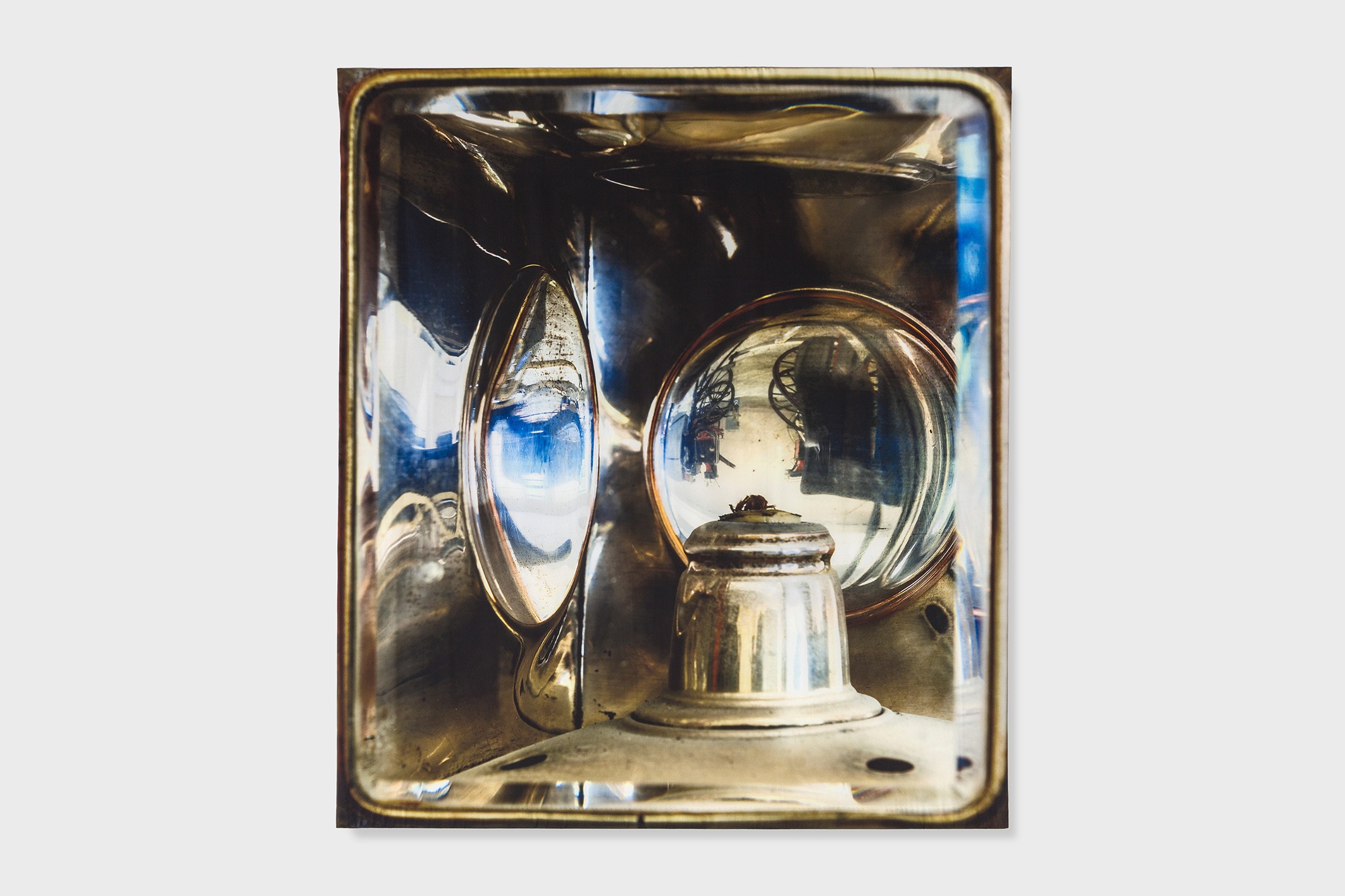