On the banks of the Lhasa River, Nortse’s studio overlooks the magnificent Himalayas. Legend has it that this is the spiritual mountain of Langdarma, the last tsenpo, or king, of the Tibetan Empire (618–842). The artist (b. 1963) has spent most of his time here since 2019 creating the body of works that comprise The Golden Earth, his second solo exhibition at Rossi & Rossi Hong Kong. The exhibition is on view at the gallery’s Wong Chuk Hang space from 26 November 2022 to 21 January 2023.

Amongst the more than one dozen works on view in the exhibition is the eponymous The Golden Earth (2021), in which Nortse arranged prayer flags on a canvas into the shape of a mushroom cloud, as if they were coming out of an exploding atomic bomb. Ready-made objects, such as a shotgun, a watch, a cross, a stethoscope, masks, sieves and random plastic items, are interspersed throughout the creases of the flags. In Tibet, people believe that prayer flags can help to carry blessings on the winds of karma. Traditionally, these conduits of well-wishing have contained handwritten scriptures; but in modern times, they have become mass-produced, machine-printed onto synthetic materials. In this work, the artist painted a six-word Buddhist mantra on the flags, which is meant to transmit the Buddha’s compassion and wisdom. The work, itself, is a reflection on the industrial era as well as critical survival crises – in particular, ecological disasters, the energy crisis and the global pandemic – that humanity faces in this century.

As the pandemic wound down, the artist began to gather sacks of aged and discarded prayer flags from nearby mountains and lakes and then introduced them into his new works. In Moonlight (Blue) (2021), Nortse glued these flags to jute cloth and moulded them into the shape of wings on which the wind-eroded scriptures that were originally printed onto the flags are barely visible. The work came from a series of dreams that the artist has had over the years. He used to envision himself flying over the urban sky like a bird. Sometimes, he felt a burning desire to head in a certain direction; other times, he was filled with an unknown fear, as if something was desperately chasing him. At one point in these dreams, he fell into a dark corner, where a desolate sensation crept up to him, like blue moonlight being cast over his body.

In An Assembled Man (2021), the artist borrows the metaphor of a noh theatre mask, pointing to how people often mask their genuine intentions or personas when engaging with others. The disconnection between the actual self and the make-believe one recalls the sci-fi image of an assembled android rolling off the production line.

Many works presented in The Golden Earth – contrary to the promising, if not upbeat, exhibition title – are a sobering reflection on the collective destiny of humankind. Knee-deep in greed, we are living in an era besieged by crises that have repeatedly sounded their alarms. 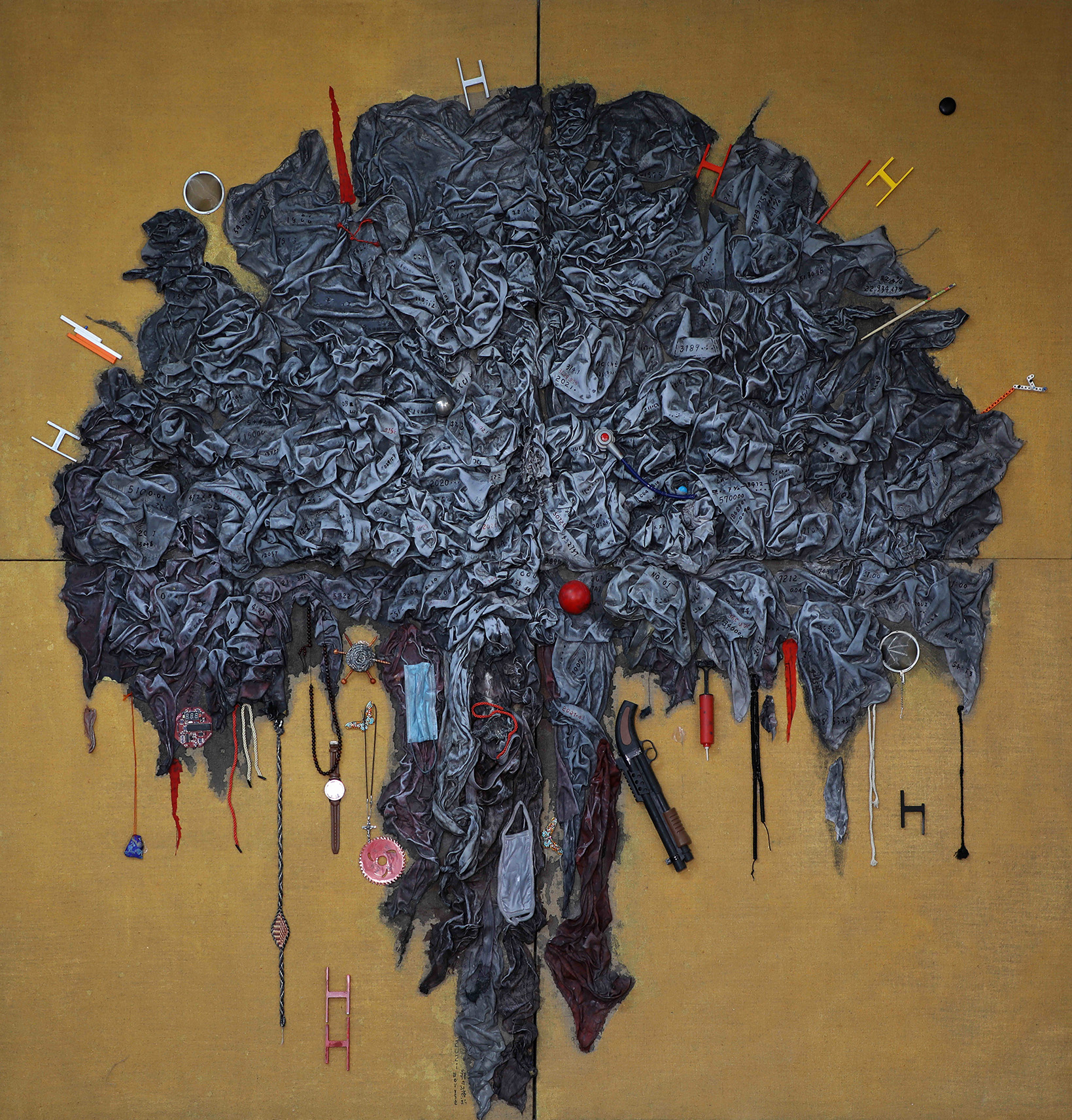 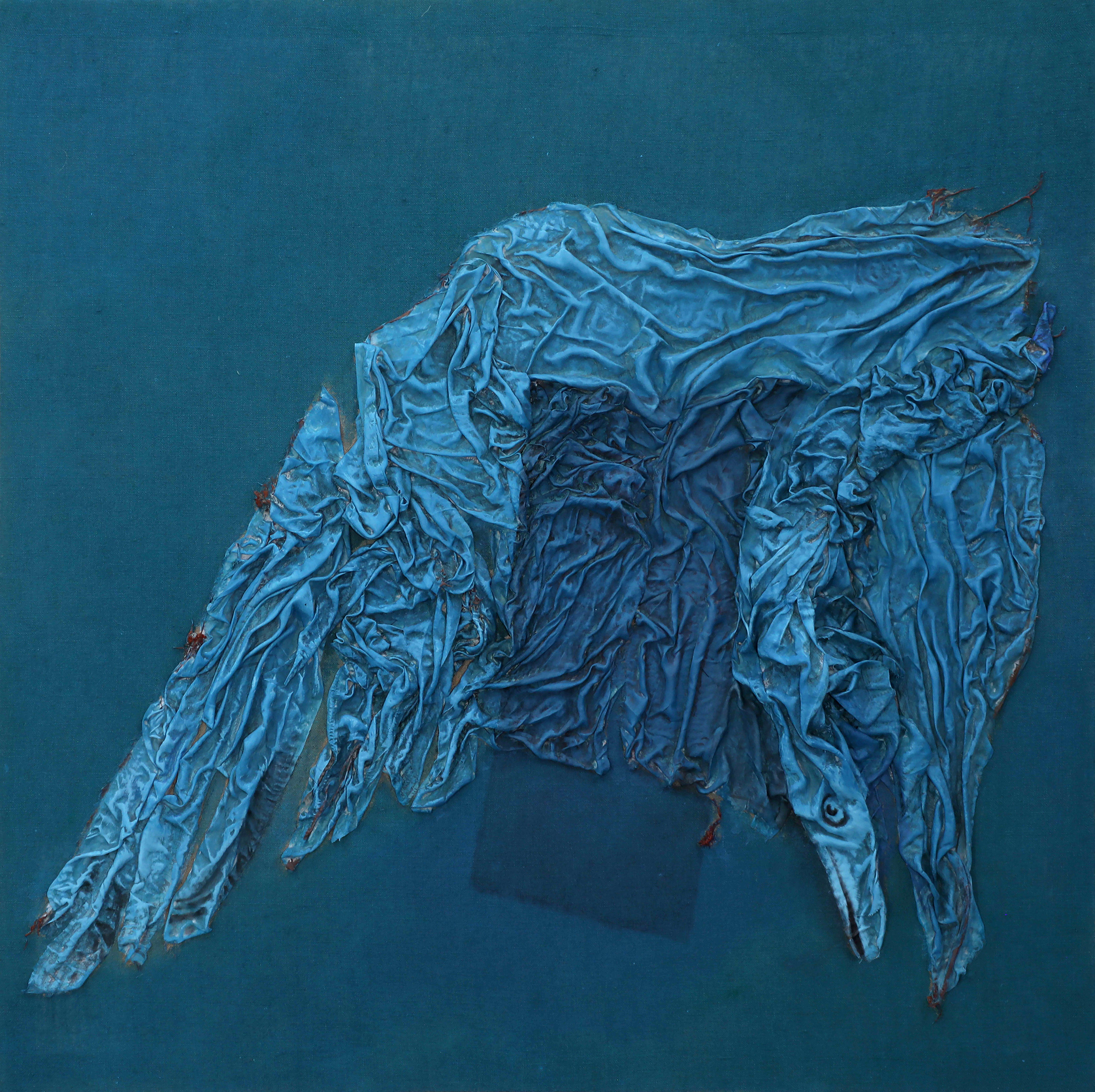 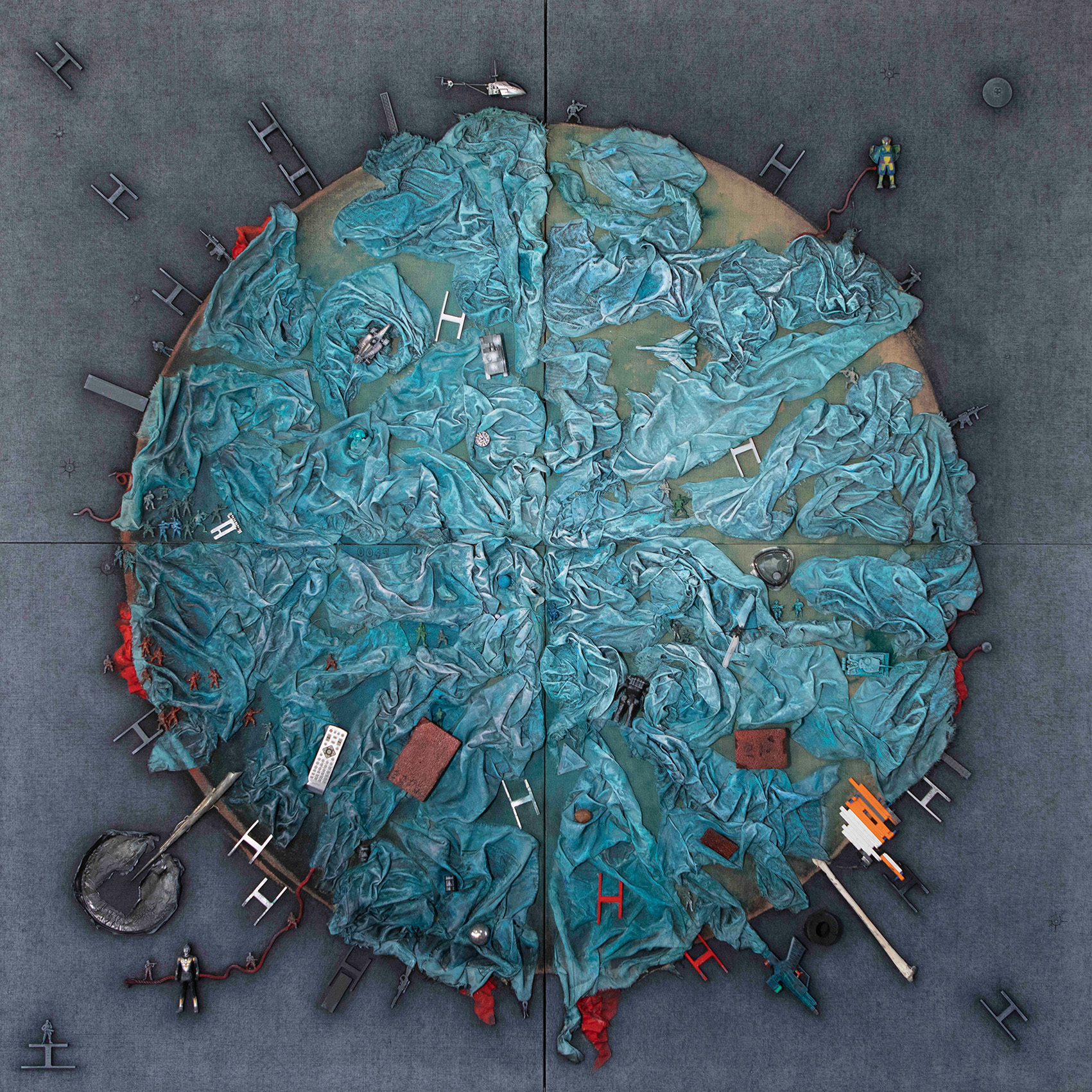 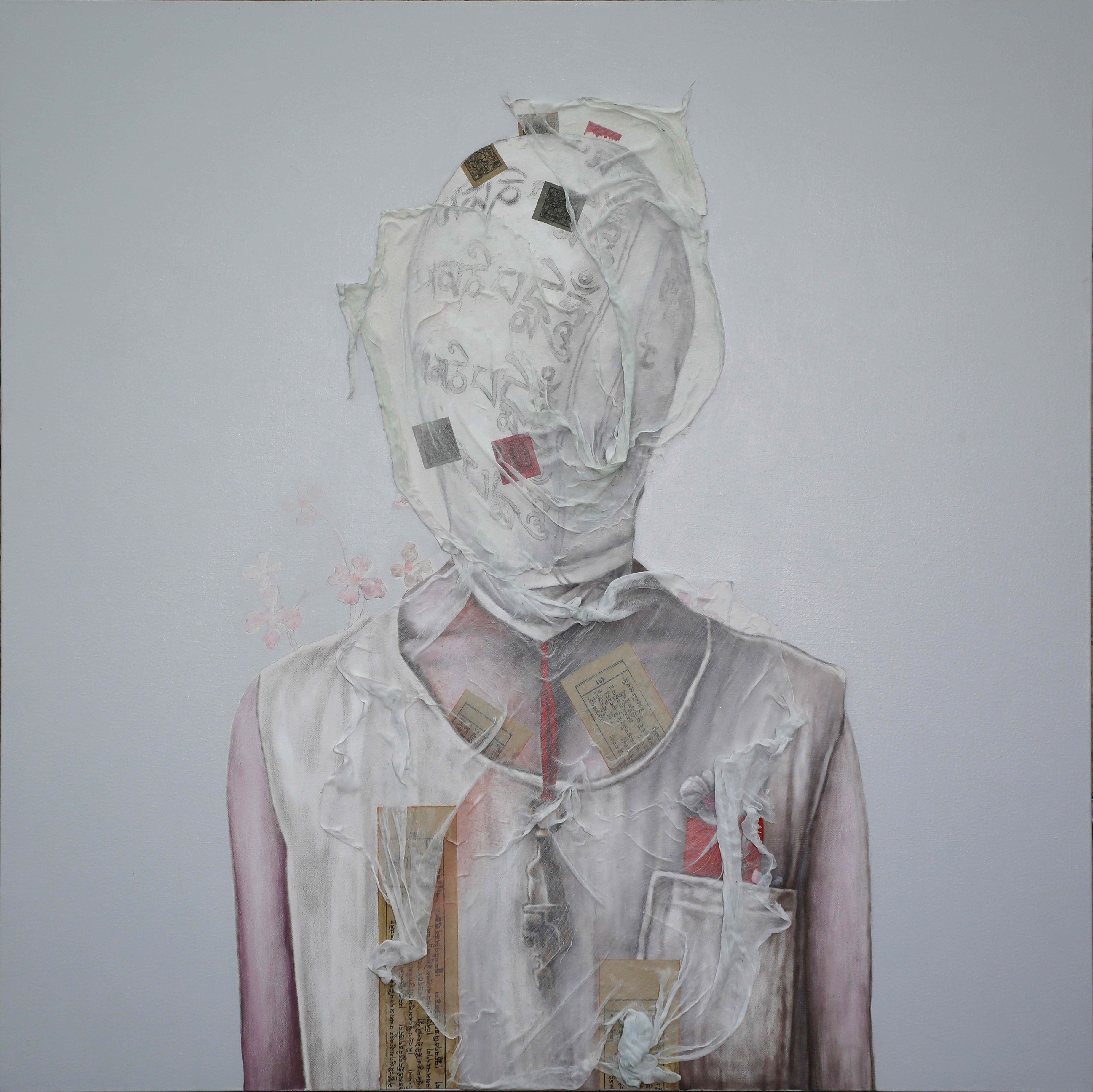 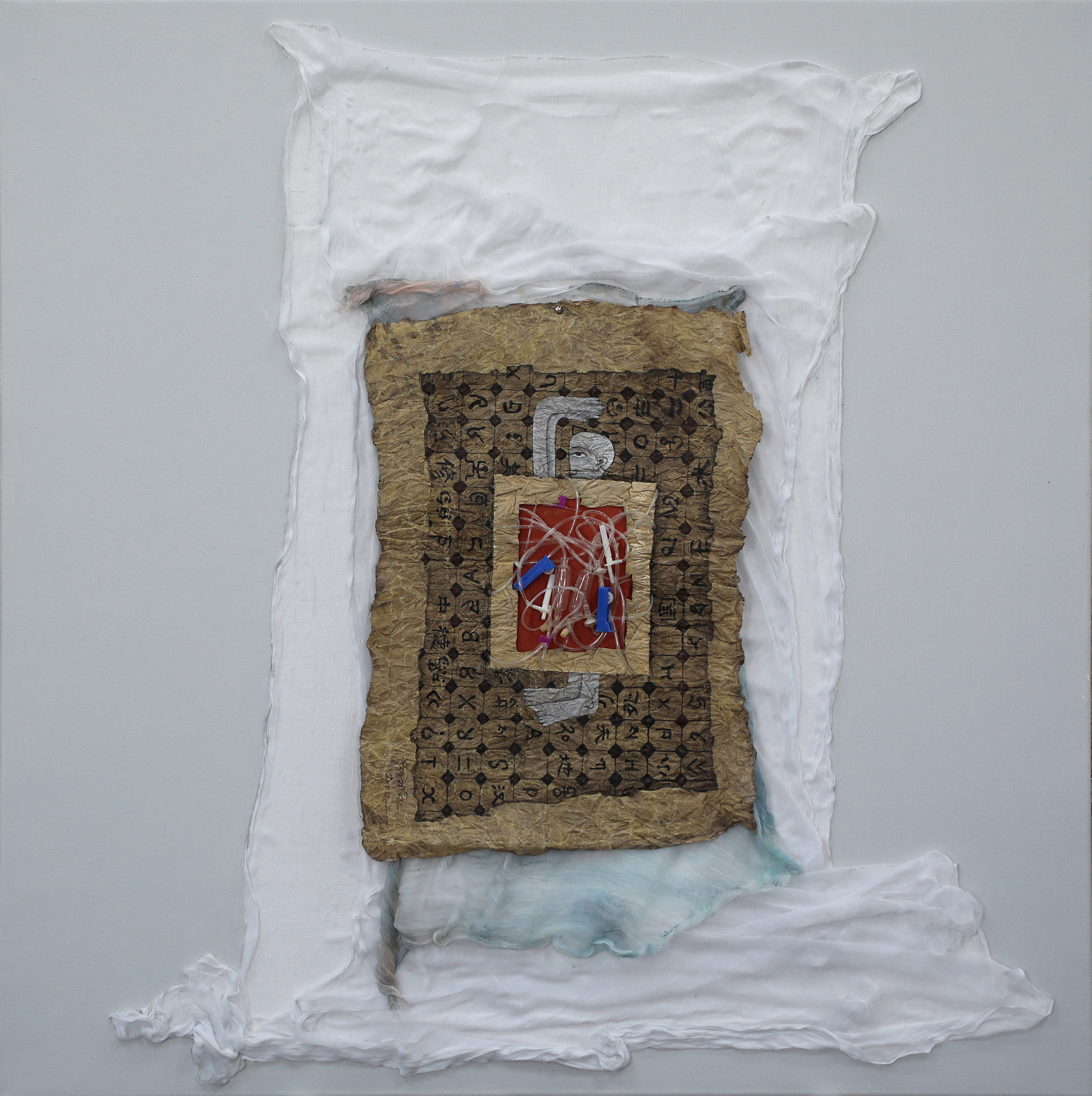 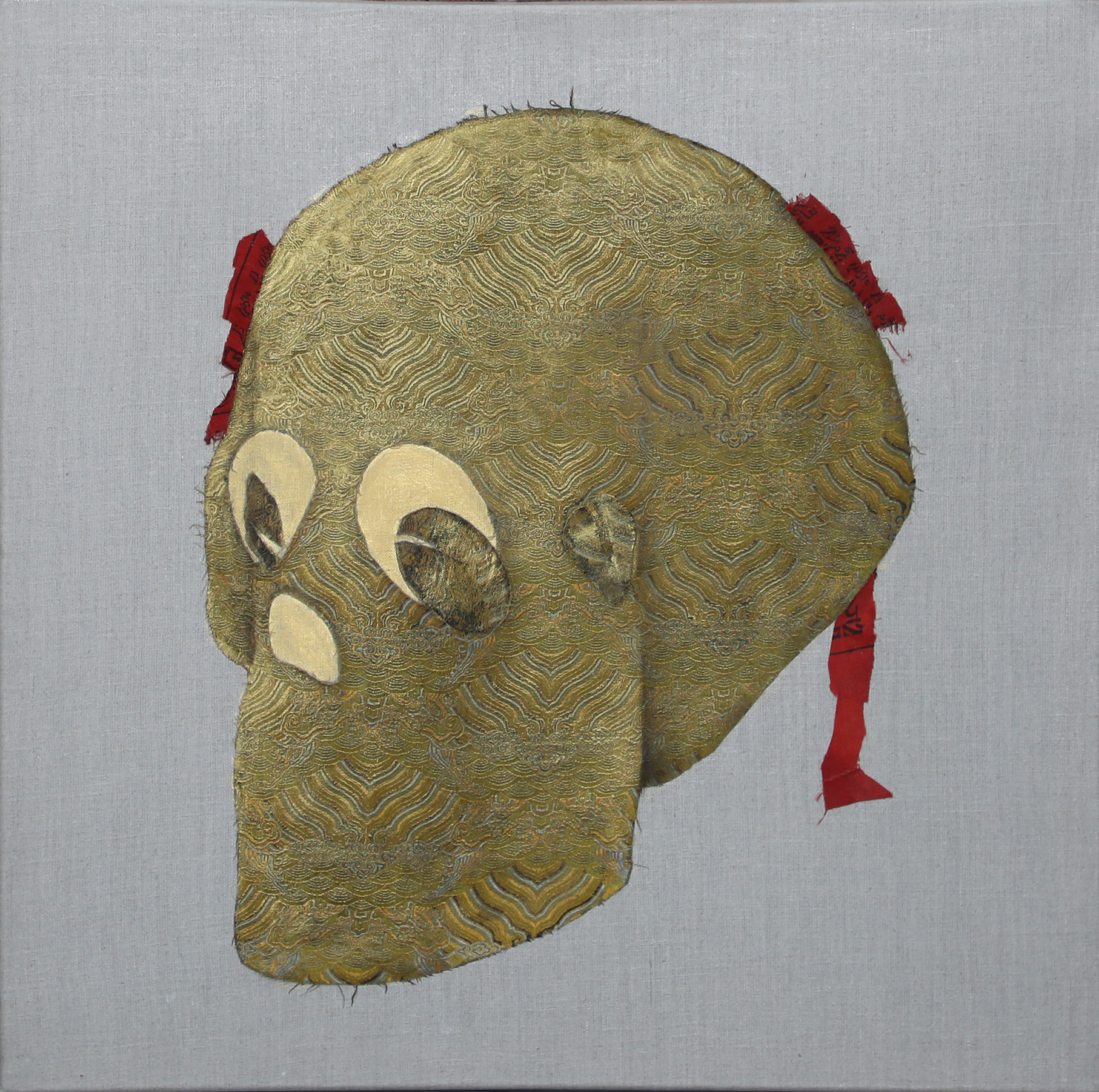 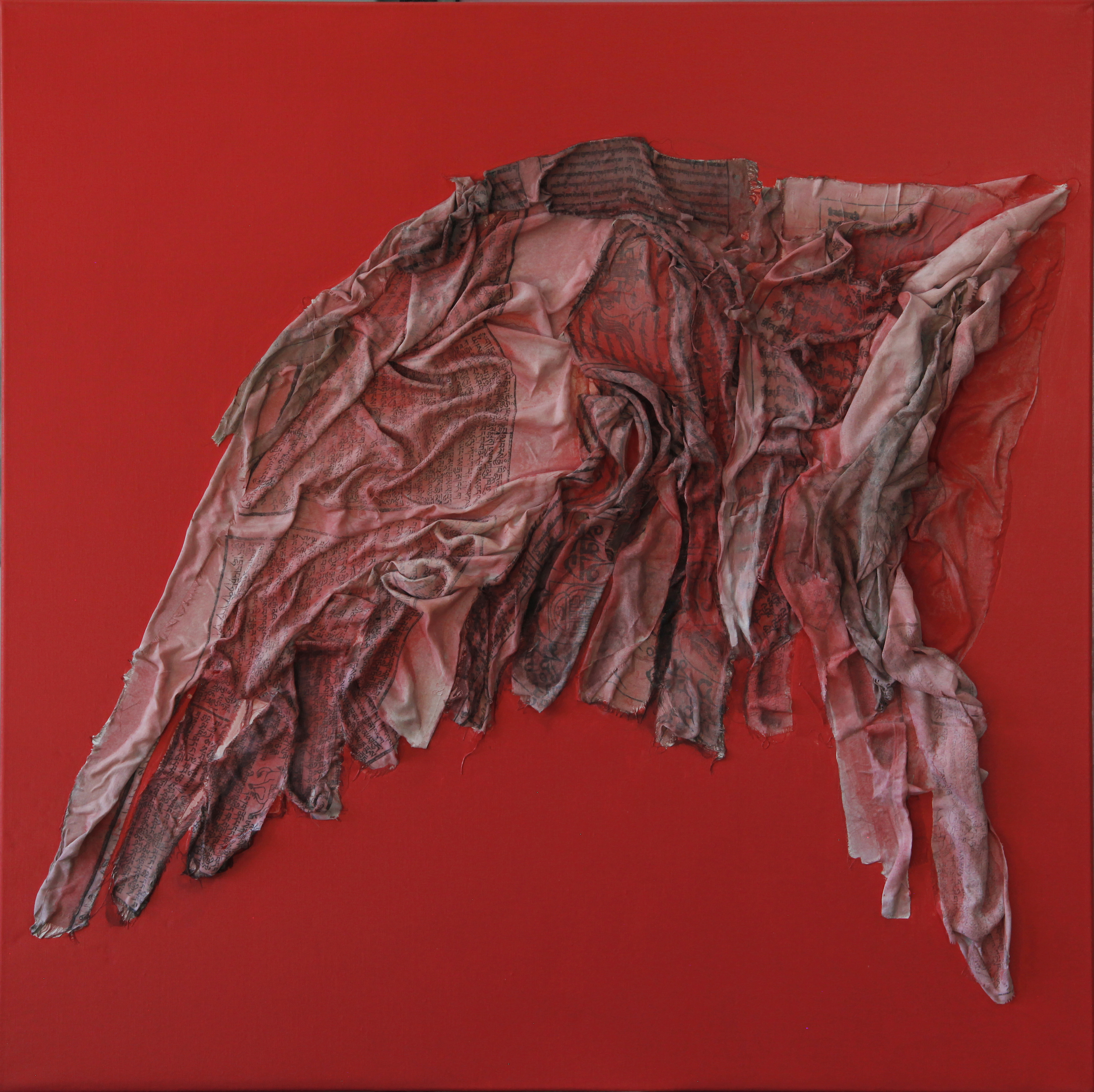 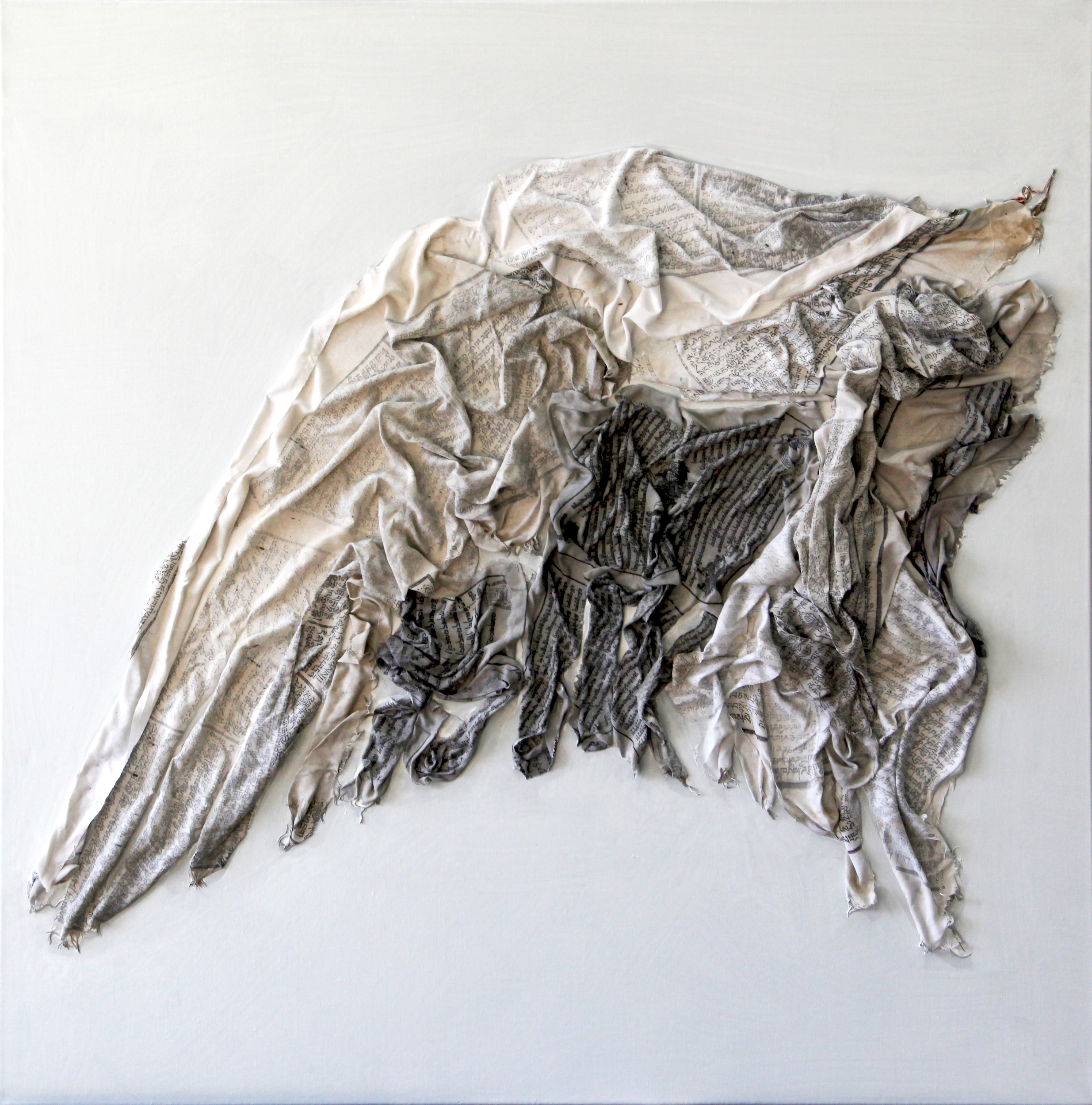 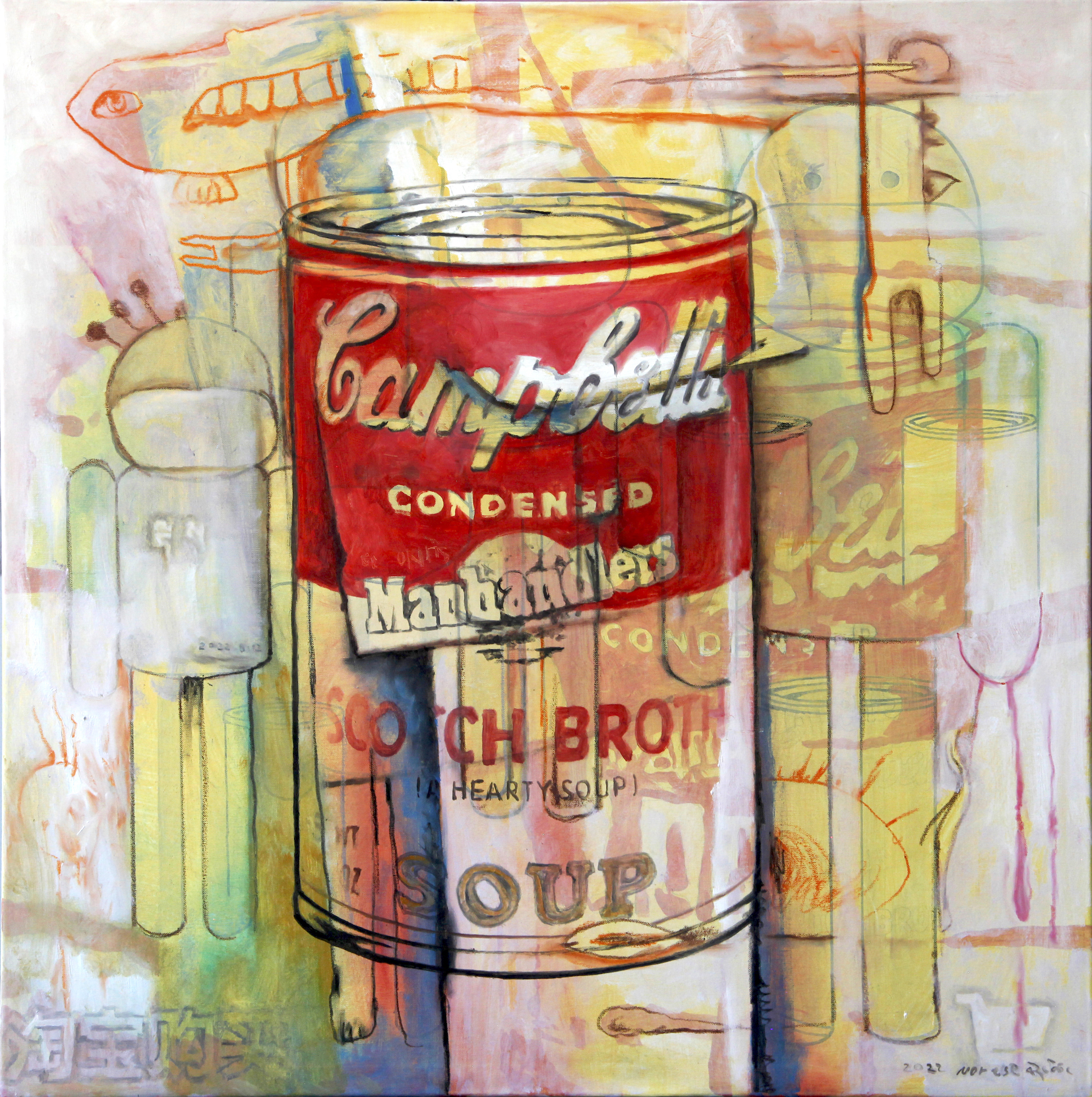 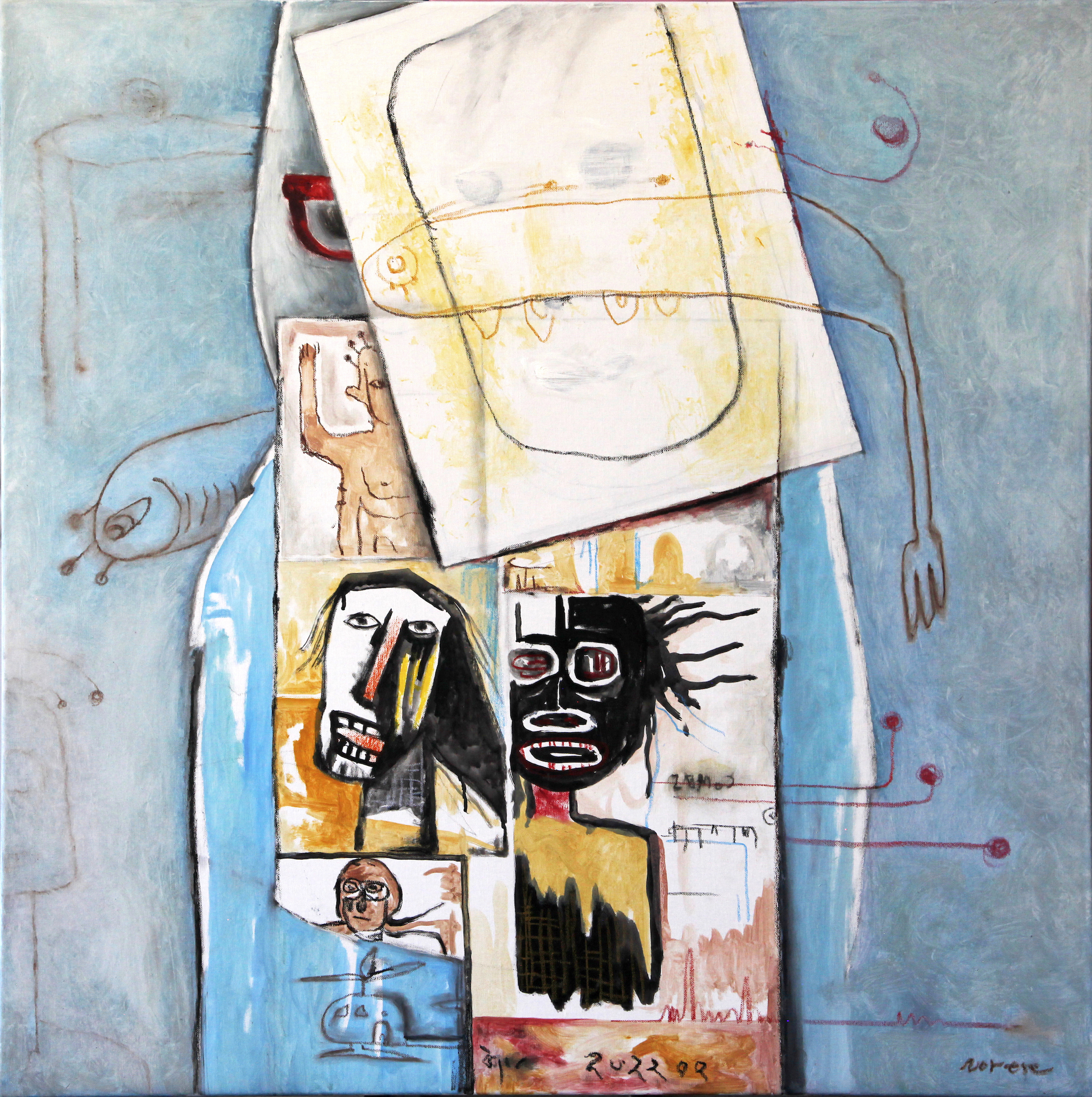 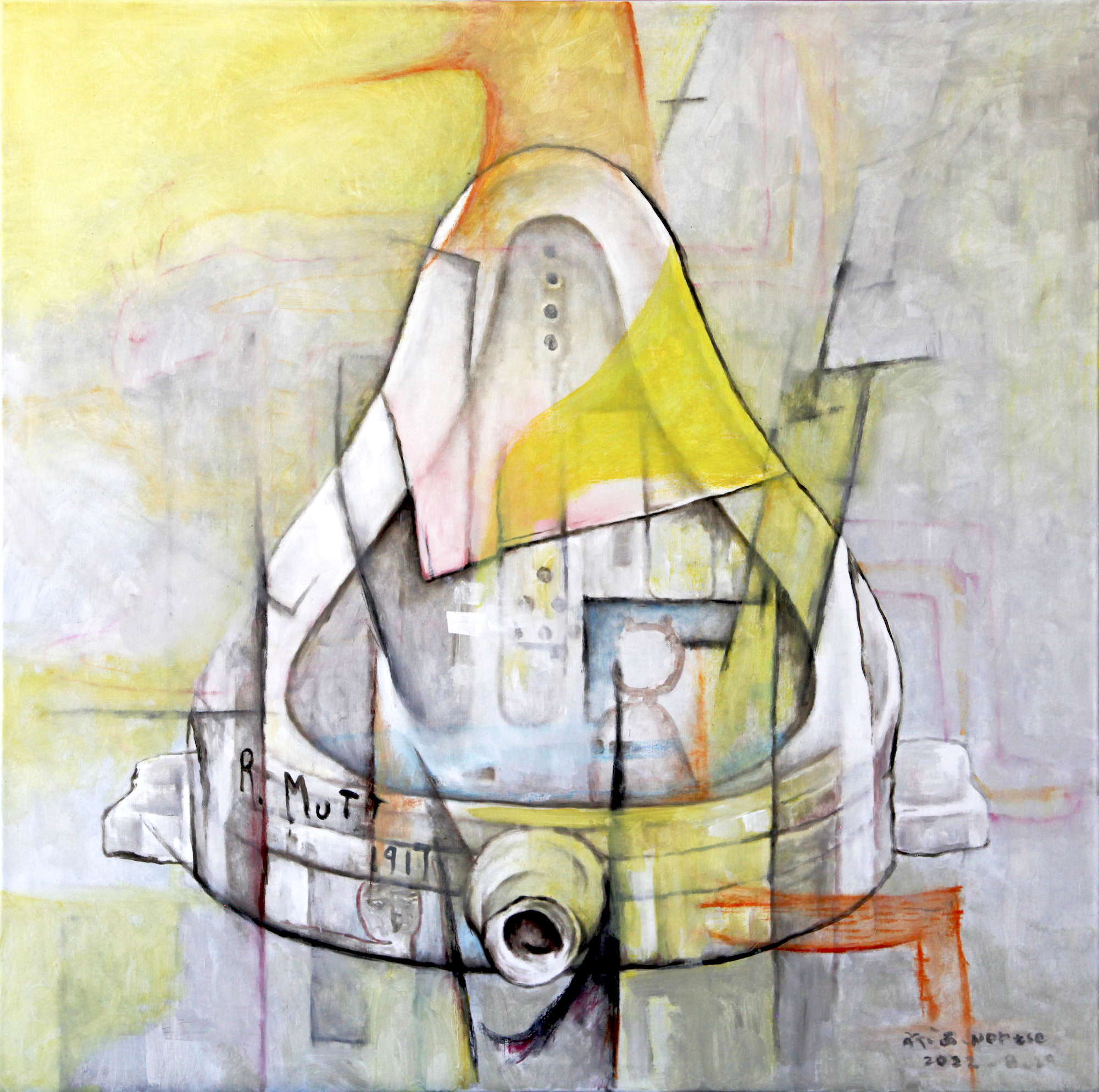 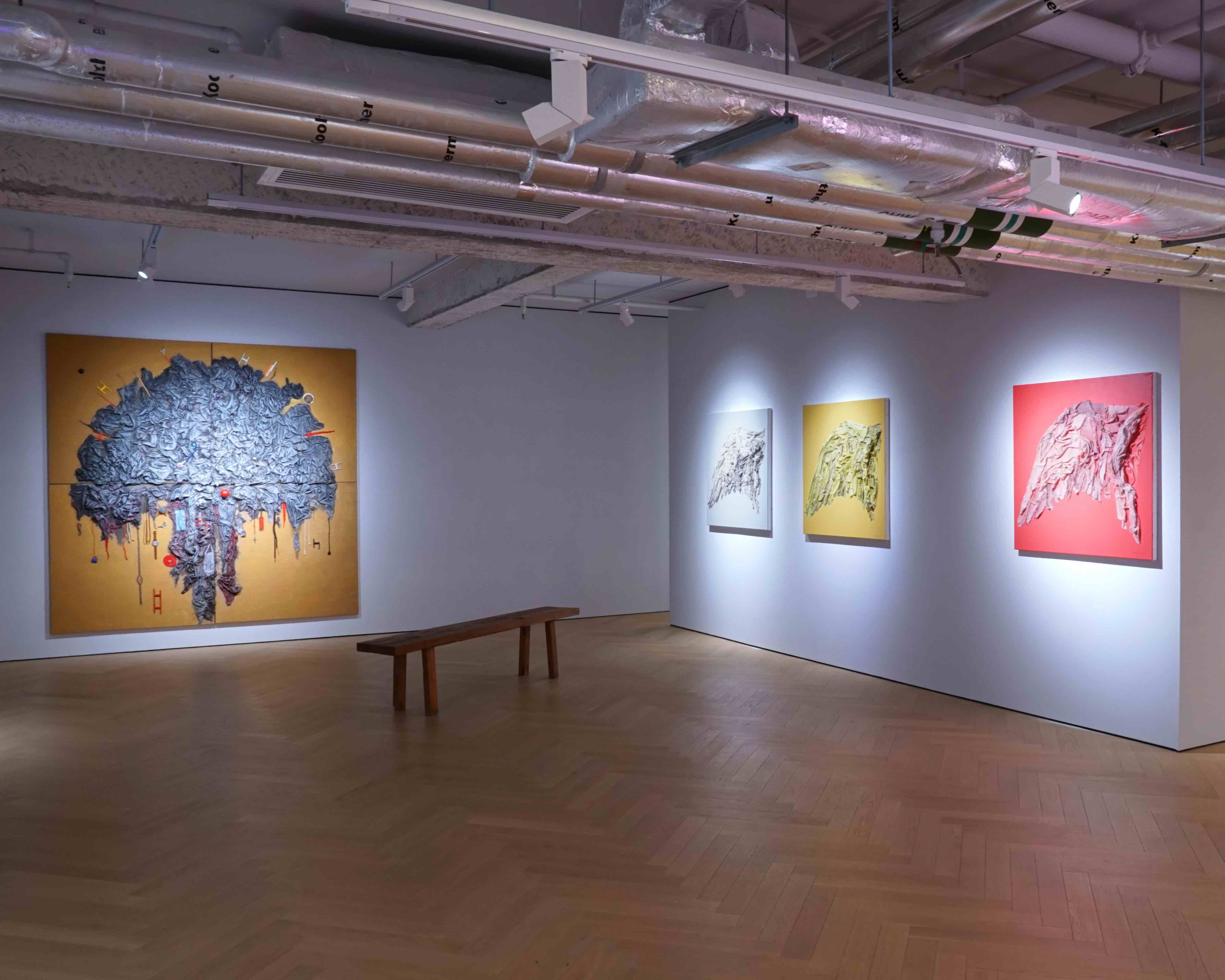 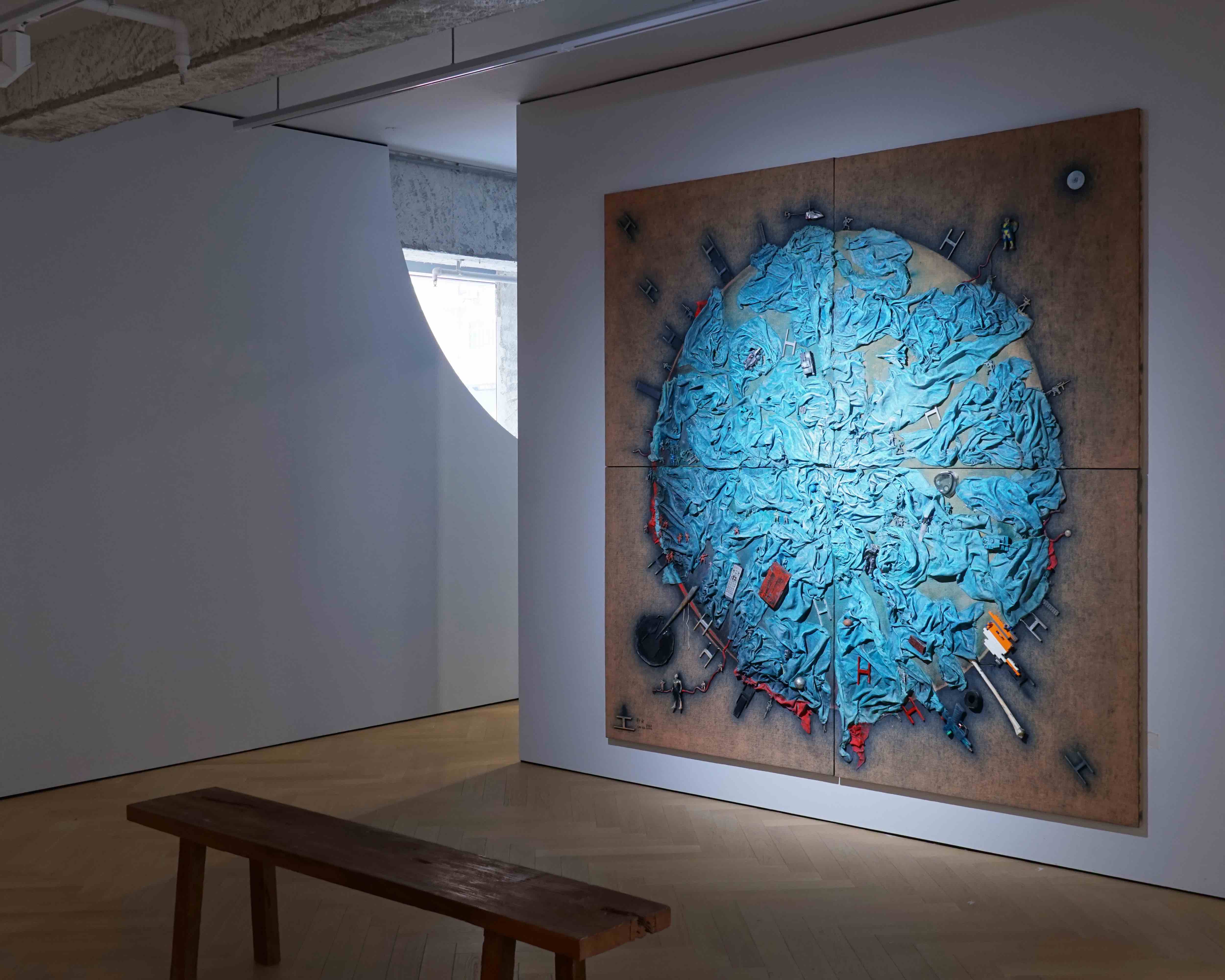 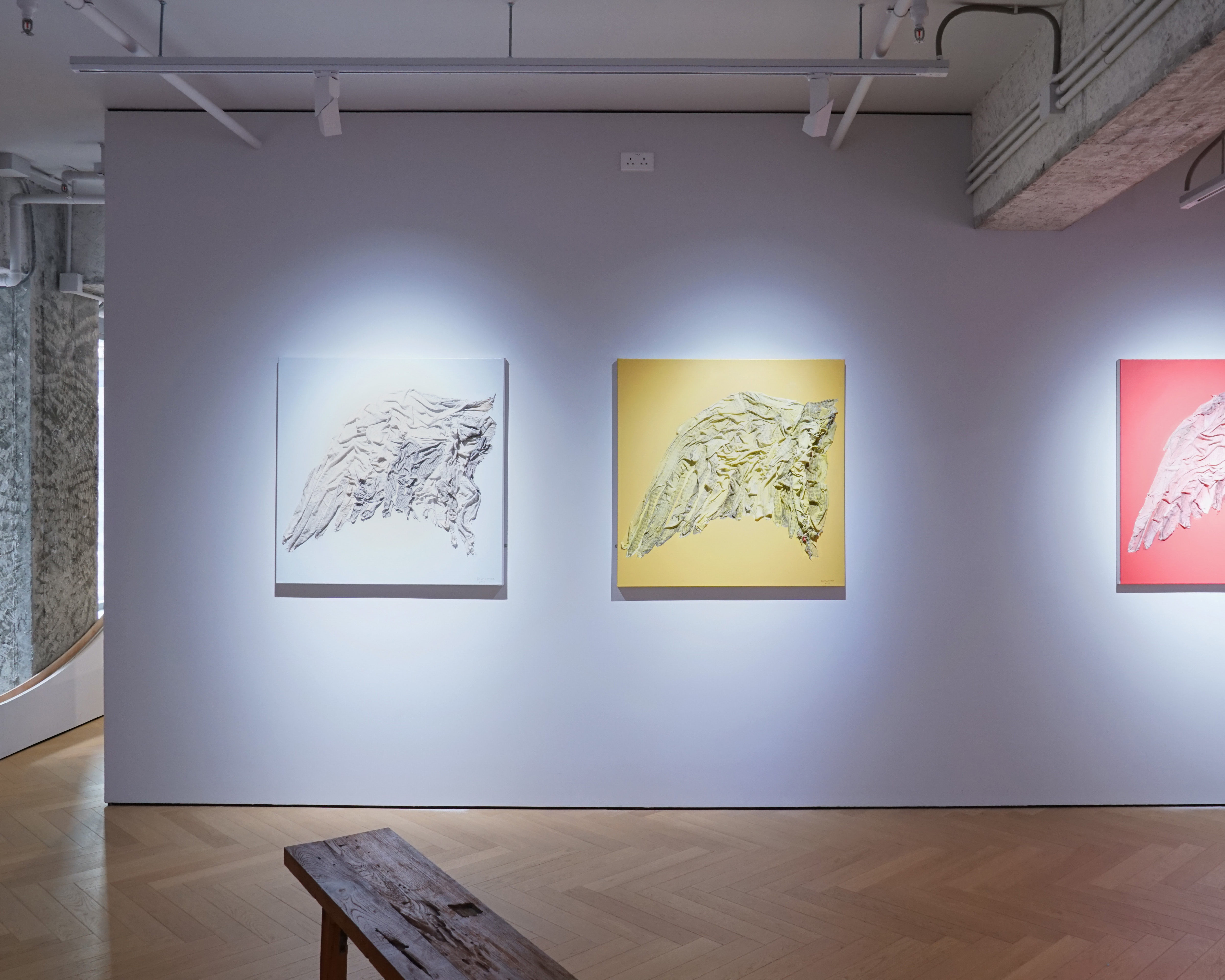 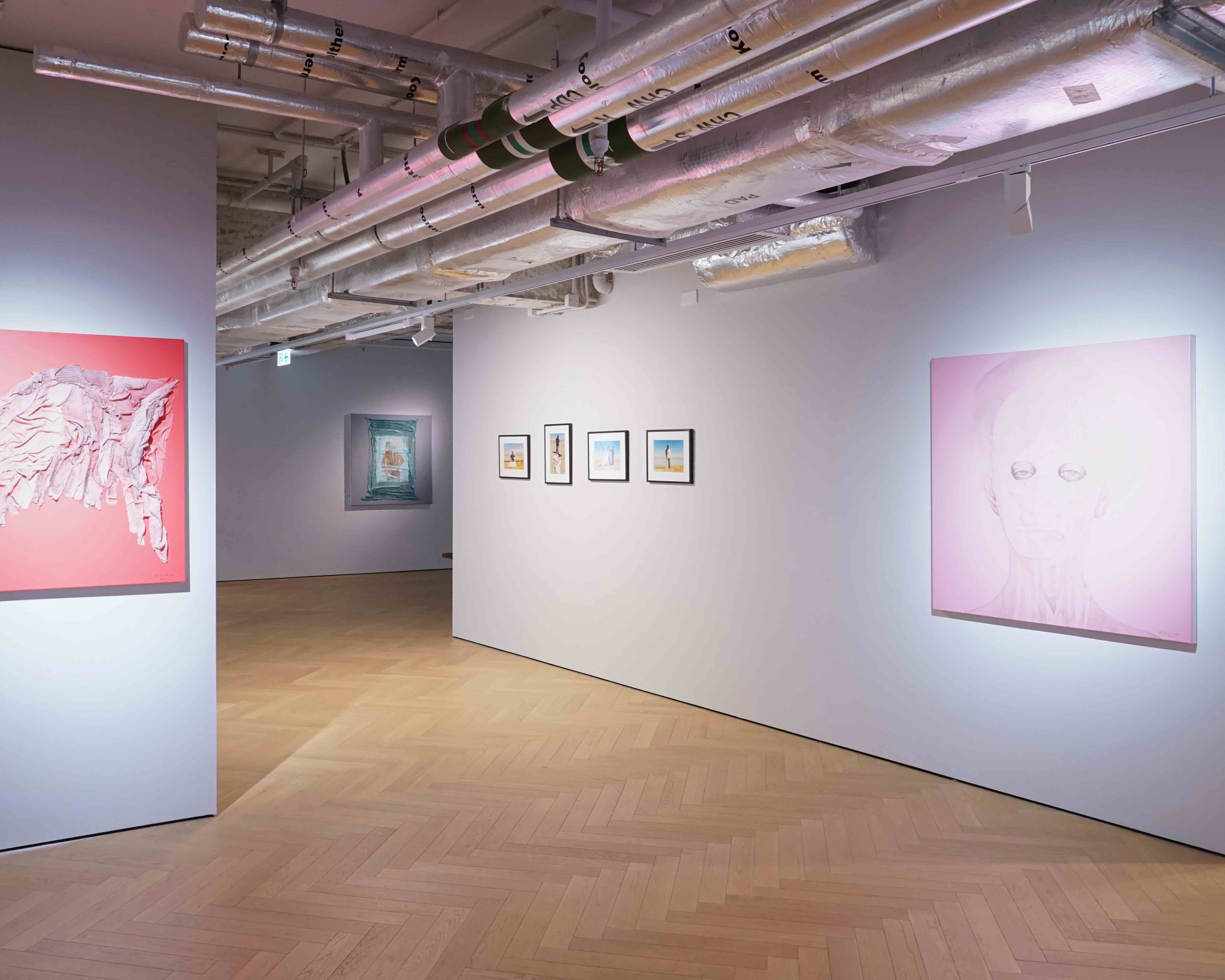