Comprising some 15 sculptures and drawings, The Skin She Wears is the first solo exhibition in Europe of work by Naiza H. Khan, an acclaimed Pakastani artist who lives and works in Karachi and whose work has been exhibited to much acclaim there as well as in Dubai, Hong Kong, Islamabad, Mumbai and New York.

For over a decade Naiza Khan has focused on a thematic meditation on the female body and she says that The Skin She Wears began as a strategy to explore the emotional content of the body through attire.  Lingerie, chastity belts, straight jackets and other objects play the stage.  The clothes locate the body more explicitly and what it confronts between personal and political spaces. They also create multiple identities or personae.  The armour pieces began with drawings of lingerie and specifically a ‘bullet proof vest’ that called to be made in metal rather than drawn. Over the last two years, objects have developed such as the ‘armour-skirt’ that is at the same time flirtatious and oppressive. These objects find a place between war and love, and are ambiguous in their position of aggression and seduction. 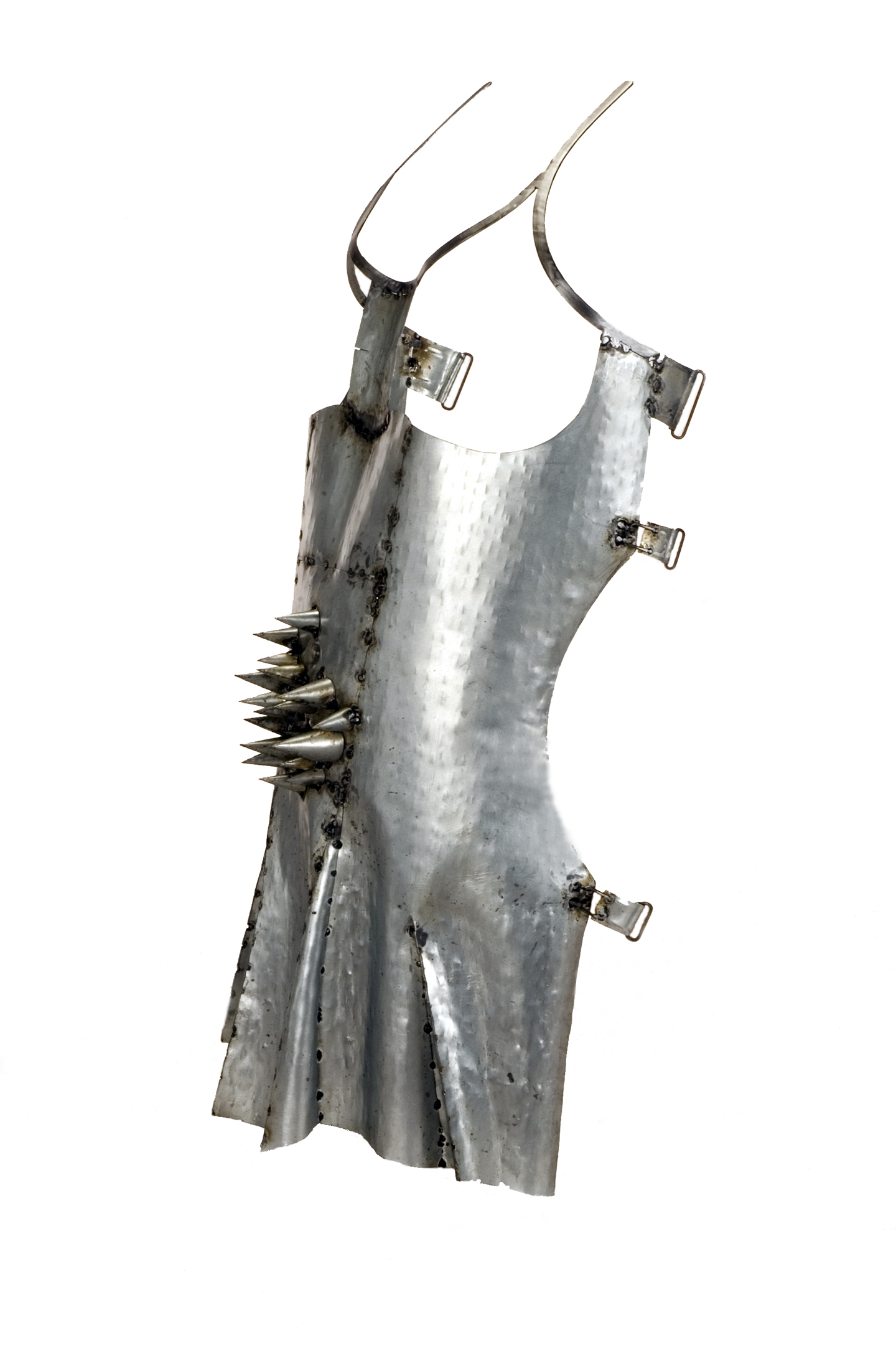 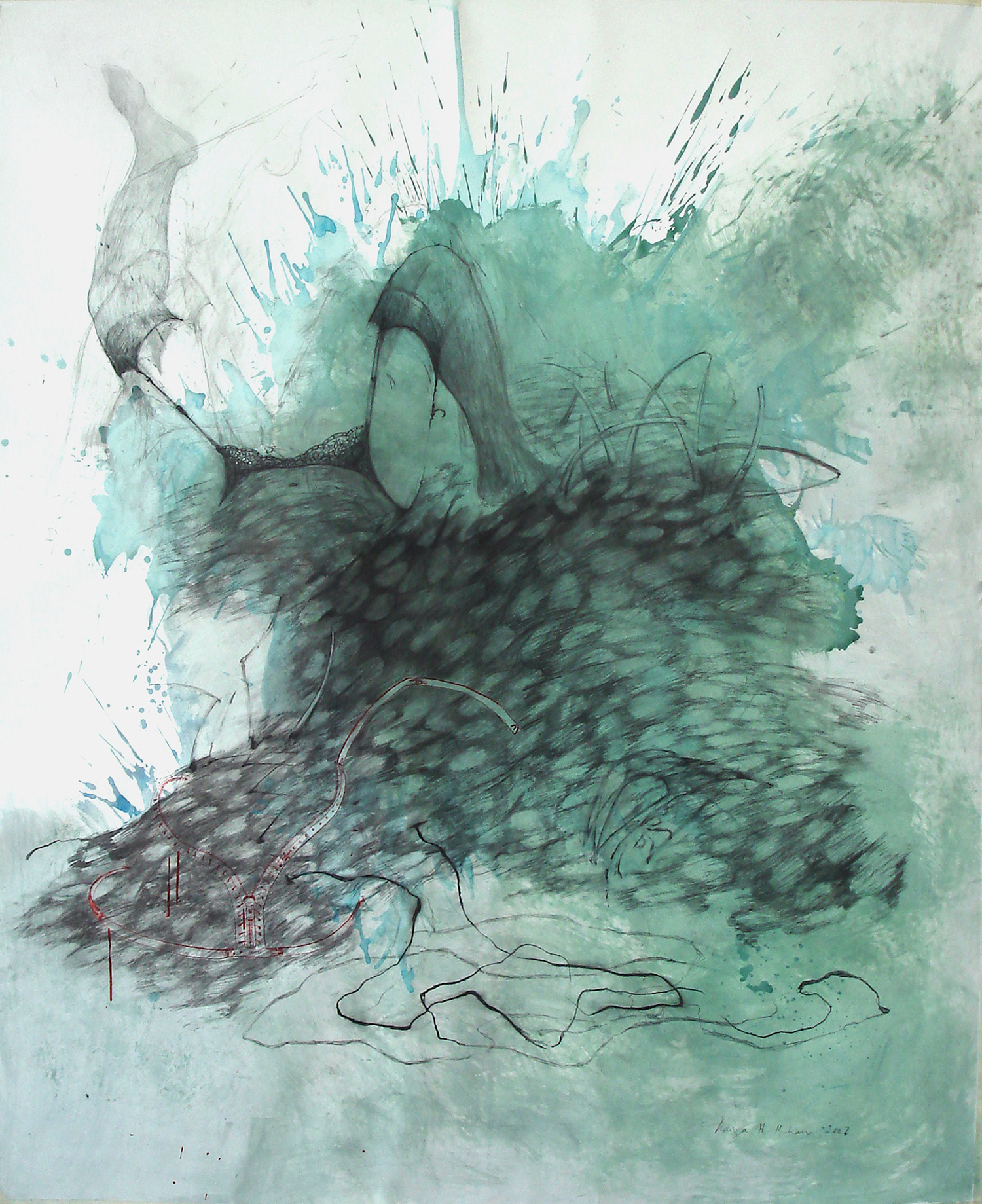 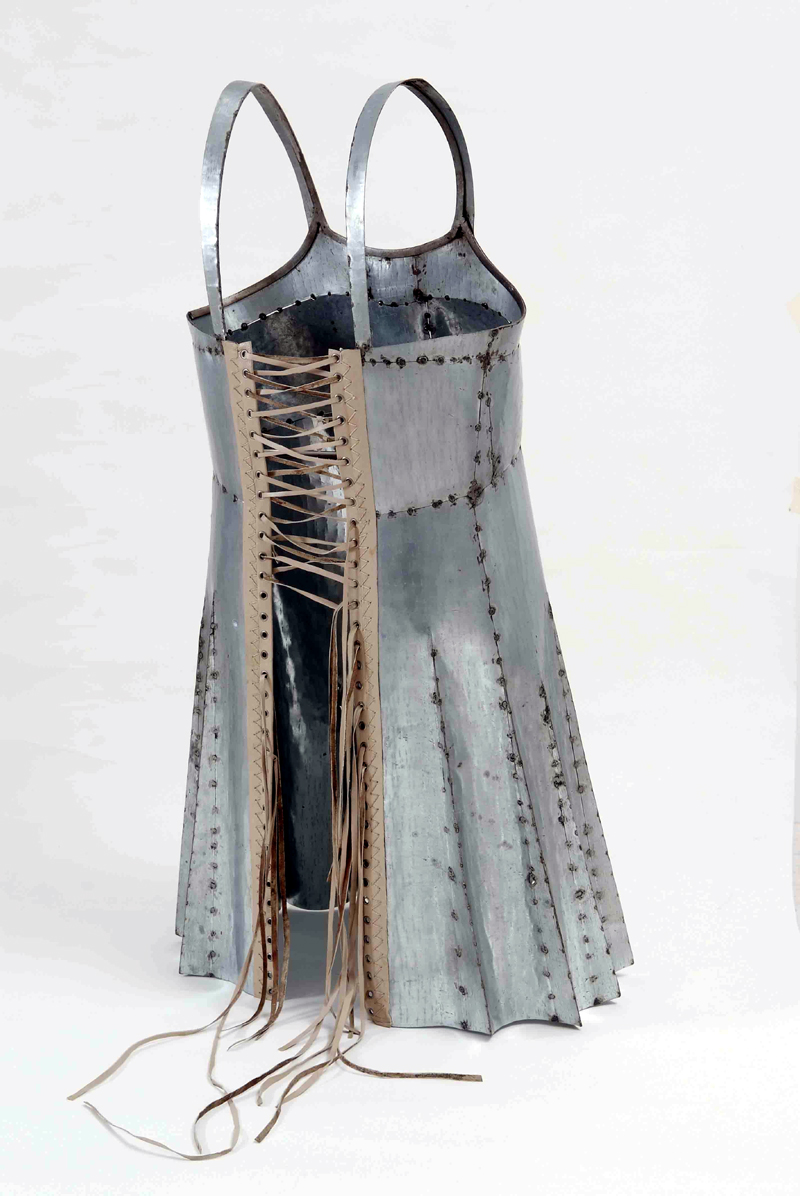 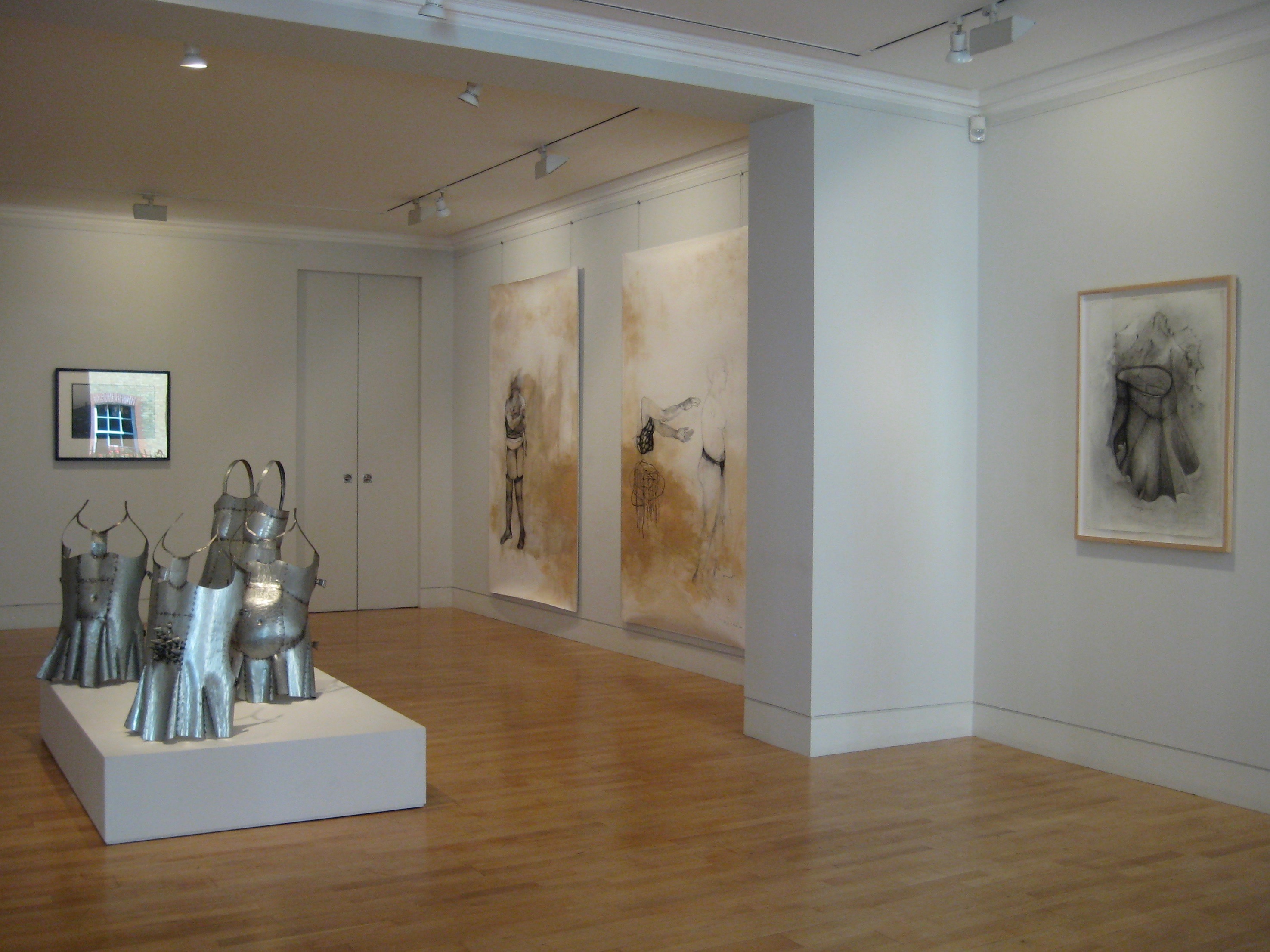 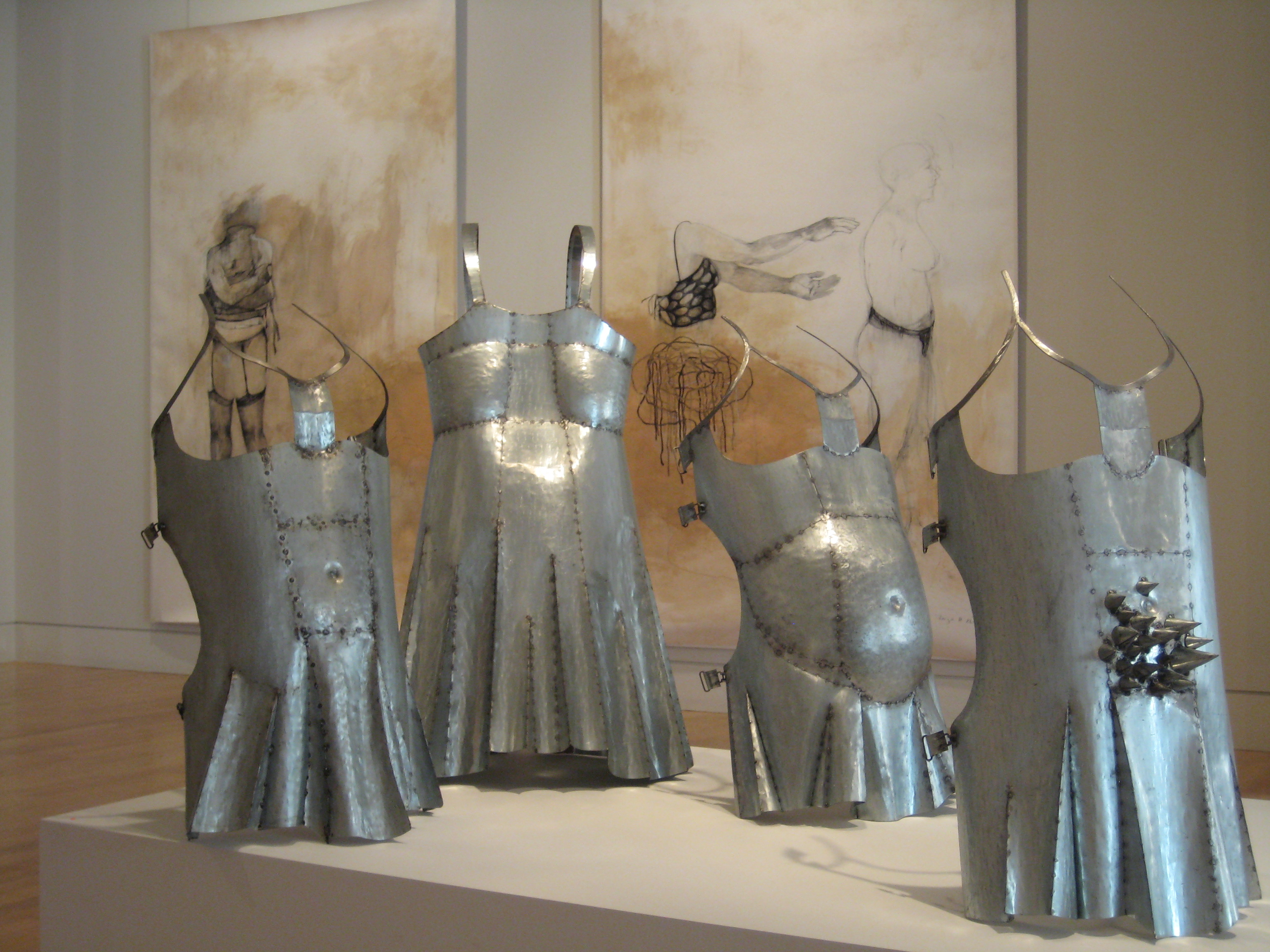