Rossi & Rossi is delighted to present Theatre of New Gods, a group exhibition featuring twelve artists from Taiwan, Hong Kong and mainland China. Each offers his unique perspective in observing the relationship between god and people, constituting a cultural kaleidoscope for a glimpse into the various developments of the same religious belief under different trajectories in history.

Theatre of New Godsis an idea inspired by a field trip to research the folk culture in Tainan by the curator, Chris Wan Feng. The rich diversity of folk religious activities, especially with their respective theatrical rituals and timeless architectonic environs, serve as a reminder that the research in religions can help trace the course of changes in human society and mirror the context where the culture of today is being constantly shaped, portrayed and re-interpreted. If we were to think that religion is rooted in the spiritual interaction between deities and the human individual or collective and in the constant re-imagination of such experience, we must acknowledge “divinity” as such is still being actively renewed and re-created. The “new gods” in this sense are being reshaped in the day-to-day theatrical performances, prompting us to probe into the humanity and the human life embedded in it.

Lin Bo-liang (b. 1952), a photographer from Tainan, brings to the show two sets of documentary photographs spanning more than thirty years in between, reaching into the far depths of Chinese history. Also heralding from Tainan is photographer Chen Po-I (b. 1972) whose focus is on the participants involved in the folk rituals. His works depicting the Yanshui Beehive Firecrackers are a poetic take on the blurry boundary between the secular and the sacred in the local folklore. Lin Shu-kai (b. 1983), another Taiwanese artist of a younger generation, reflects on the local folk traditions through his paintings and installation works, as is seen in a peculiar Taiwanese puppet theatre stage he crafted for the gallery show.

Shanghai artist Xu Zhen®(b. 1977) often approaches contemporary Chinese social phenomenon in his signature witty and playful manner. The exhibition features one of his small bodhisattva sculptures placed diagonally across the puppet theatre stage. Jiang Sheng (b. 1990), a Chinese artist who lives and works in Xiamen, presents “The Wandering Gods”, one of his early projects that has rarely been shown before. It revolves around the search, repair and recreation of abandoned sculptures of deities in the city. Artist Huang Cheng (b. 1983) is interested in the interplay between locality and musicality. He produced an EP recording the music performed at the ceremony celebrating the birth of deified General Kang in Weitang village, Dongguan, Guangdong province. A fascination with shamanism in northern China has been informing artist Cang Xin’s (b. 1967) research, his paintings are fused with the rites, myths and symbols from this ancient belief. Beijing-based artist Tian Xiaolei (b. 1982) resorts to computer technology to investigate religiosity. His futuristic landscapes portray the interaction between technology, nature and religion.

In her video works Hong Kong artist Bouie Choi (b. 1987) repeatedly fiddles with her palm prints in the hope of alterning her destiny. Also from Hong Kong is Wai Pongyu (b. 1982) who tends to his abstract paintings in an almost ascetic manner. Such individual reflections on the regional belief systems are evident in Nicole Wong’s (b. 1990) new work – a space reminiscent a private prayer room, sewing together the private life experience of the individuals through readymade everyday materials. Lastly, Hong Kong artist Tang Kwok Hin (b. 1983) utilizes found objects to create an abstract idol of worship, as if a metaphorical portrait reflecting the belief structure of a metropolitan city.

The exhibition layout is reminiscent of the continuum of space in Chinese temples, indicating the return to and recurrence of history. The show will be accompanied by a series of workshops, seminars and publications, in an attempt to renew the discussion and the re-imagination of religiosity, beliefs and folk culture. 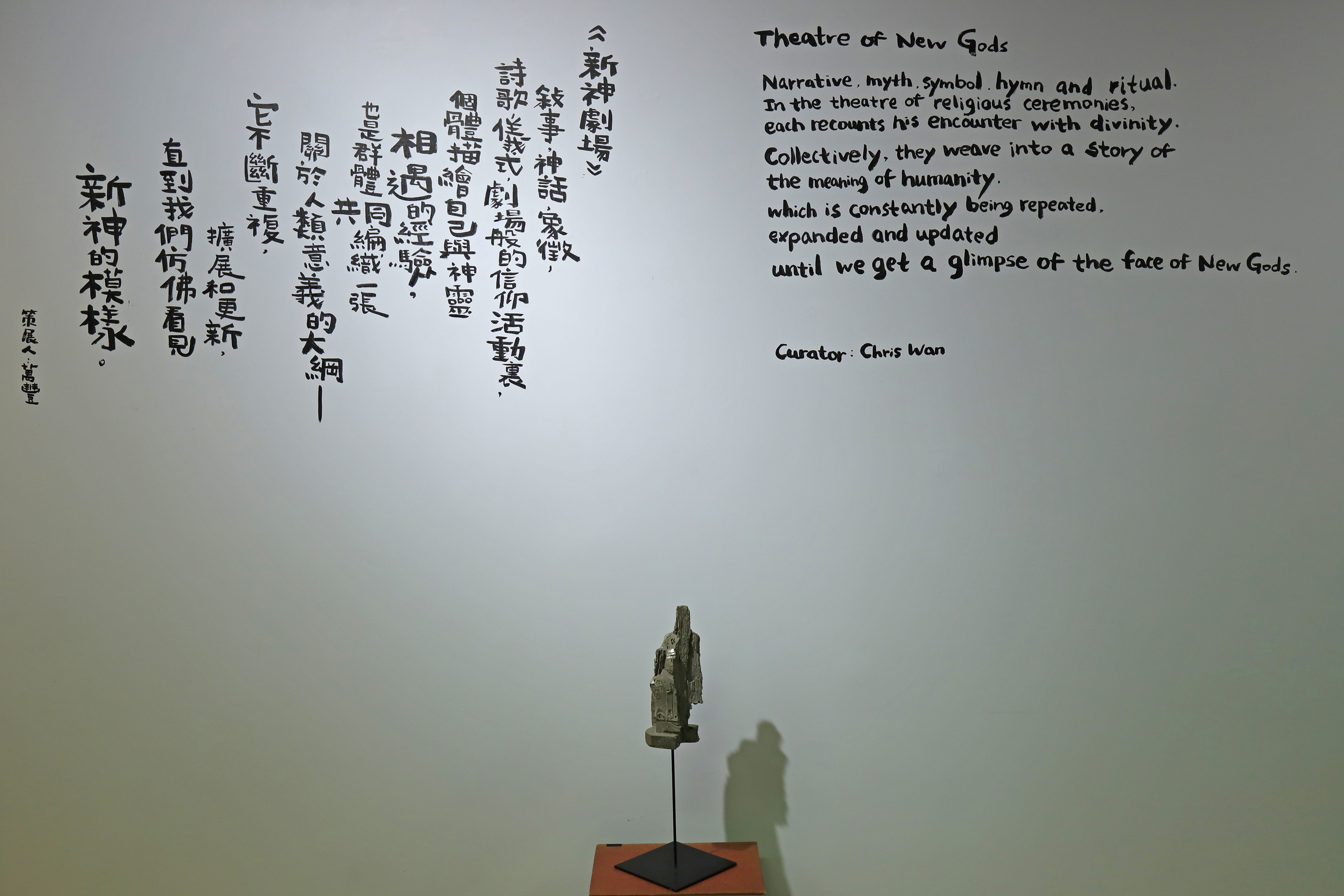 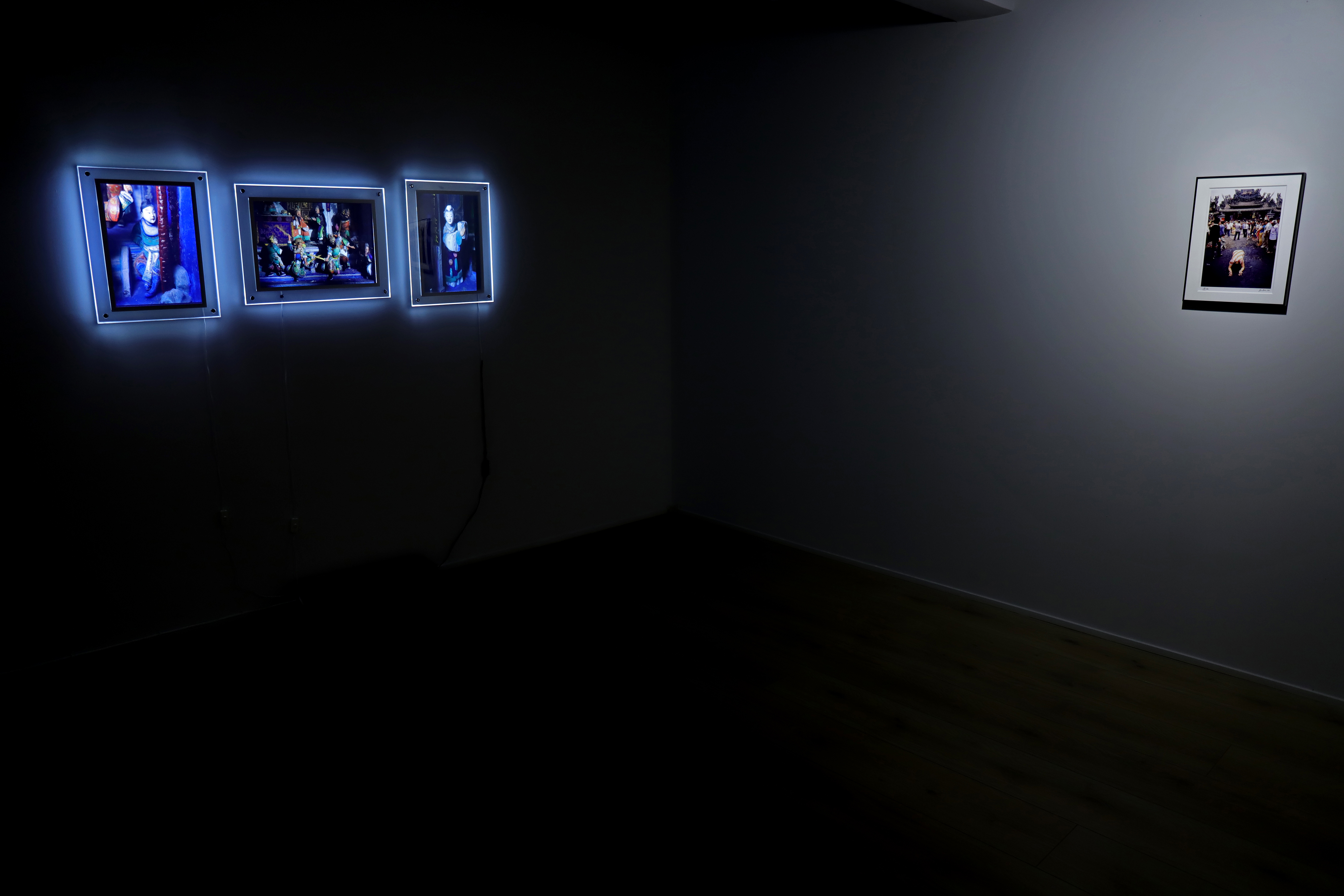 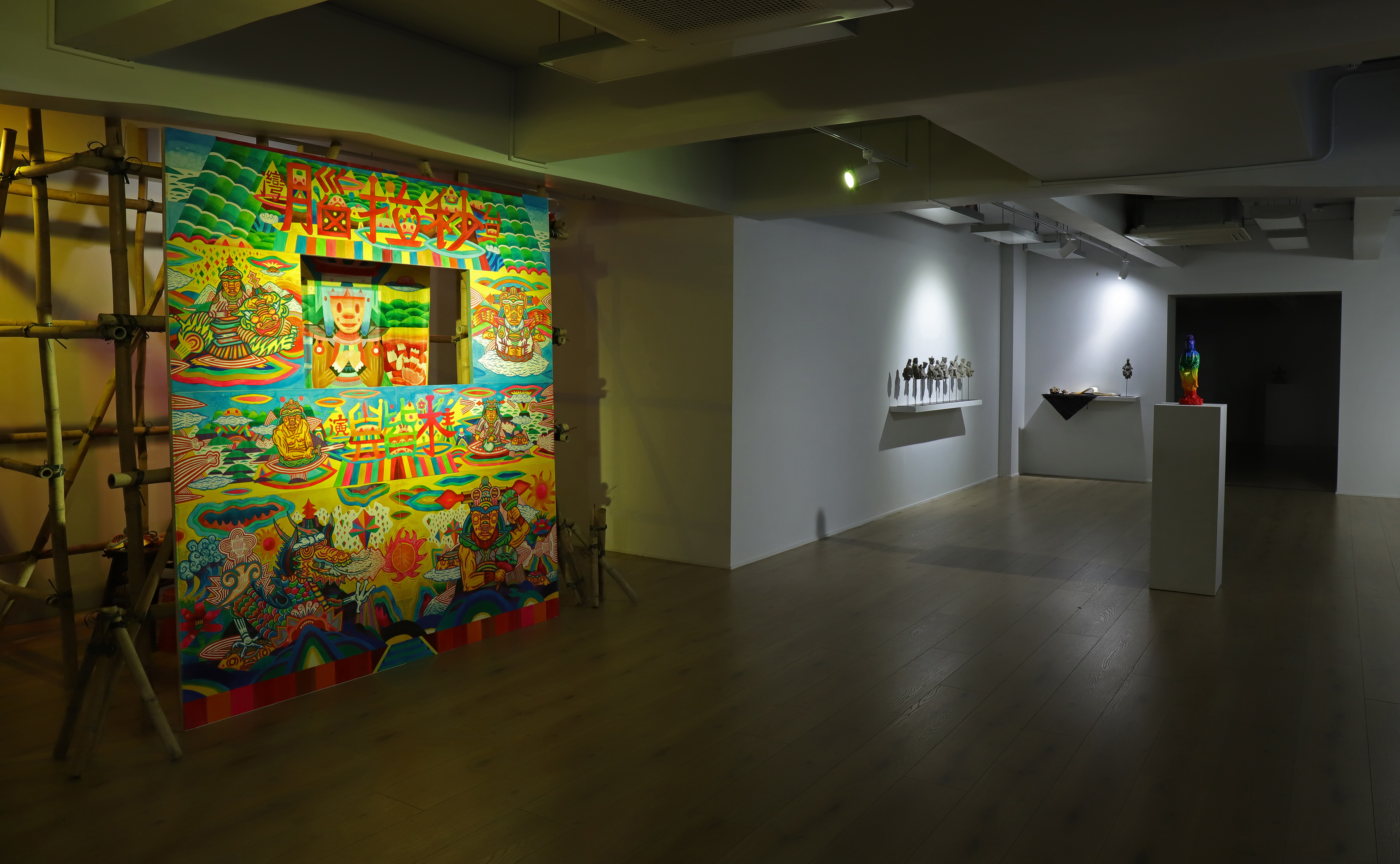 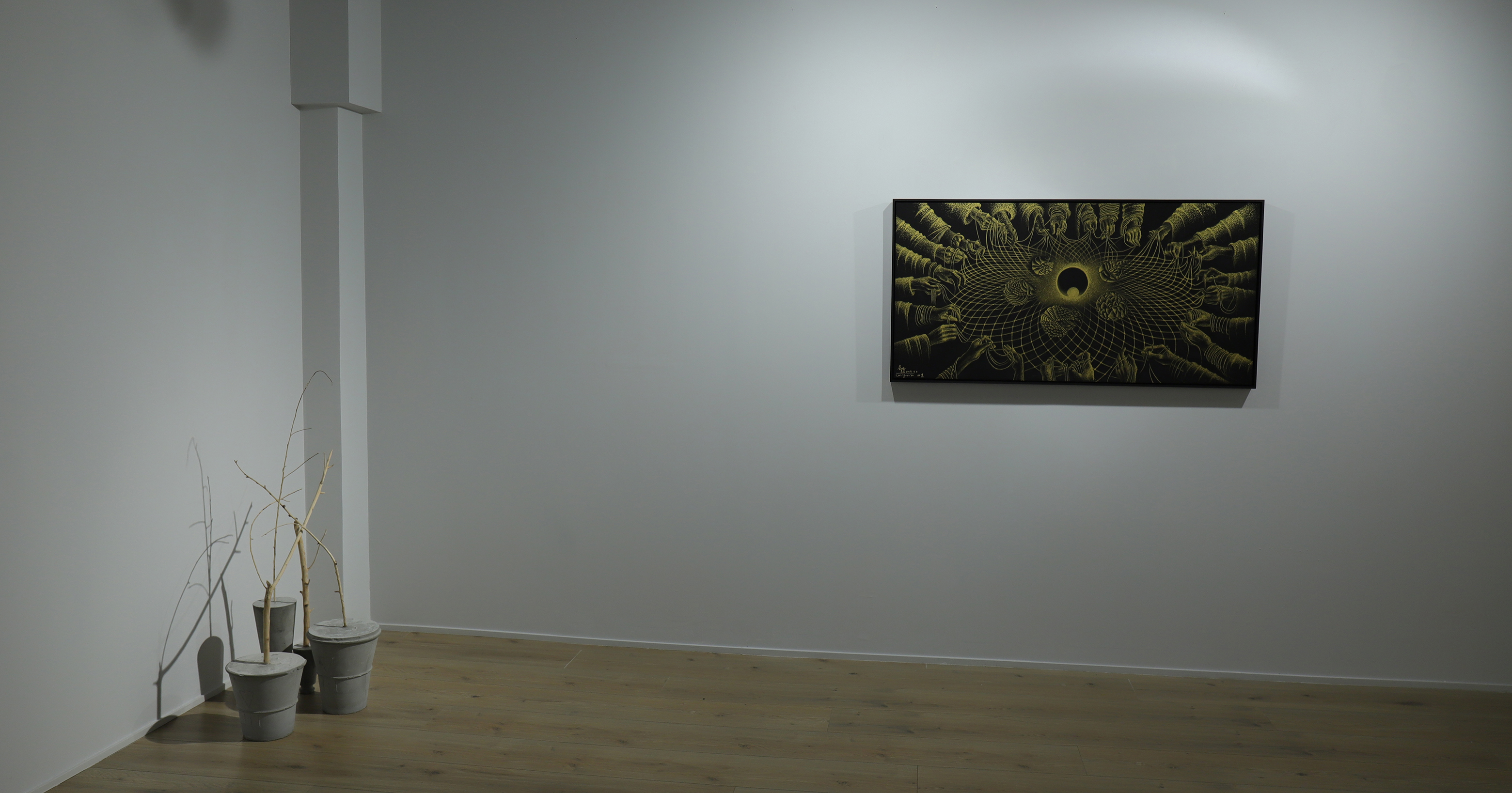 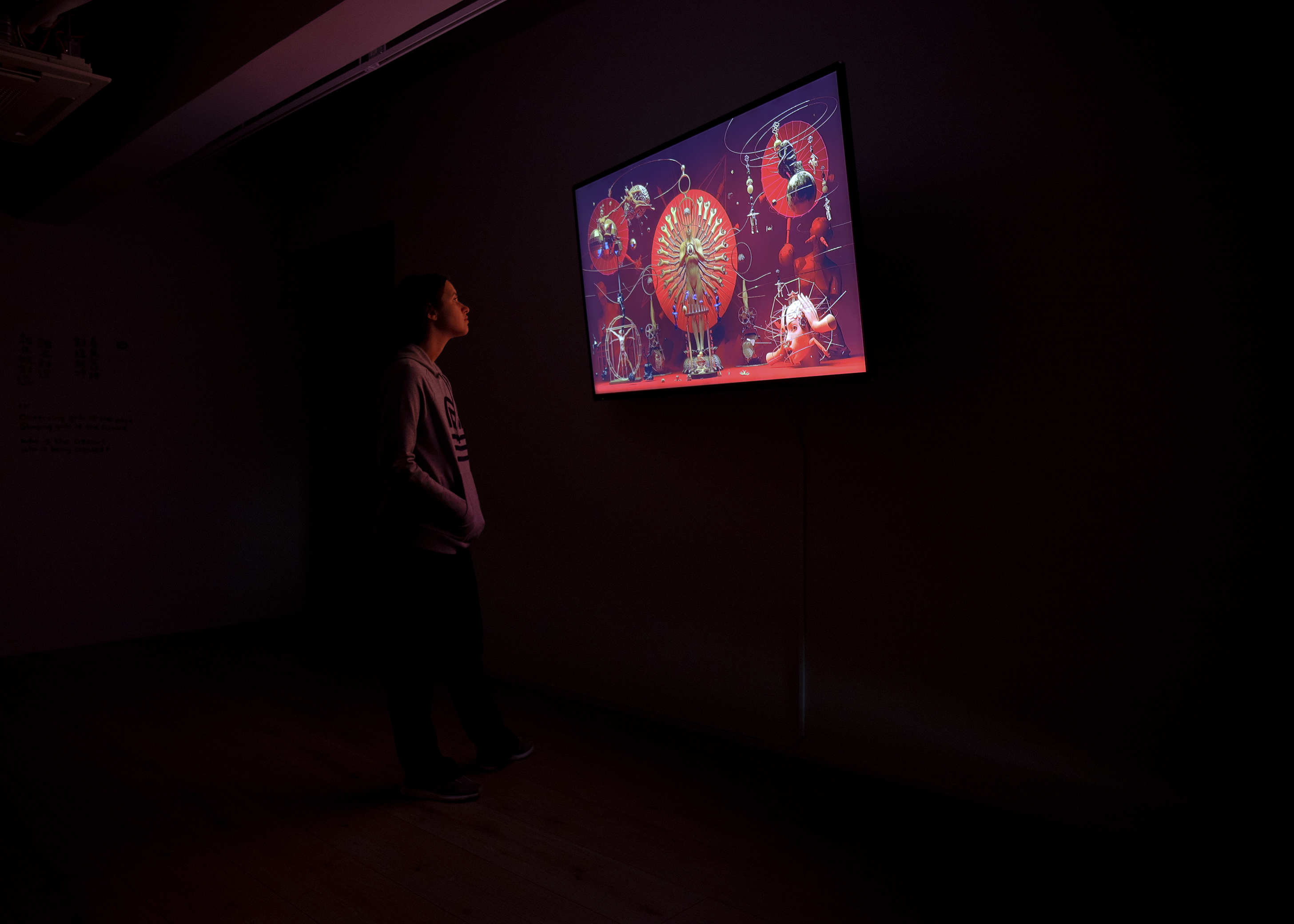 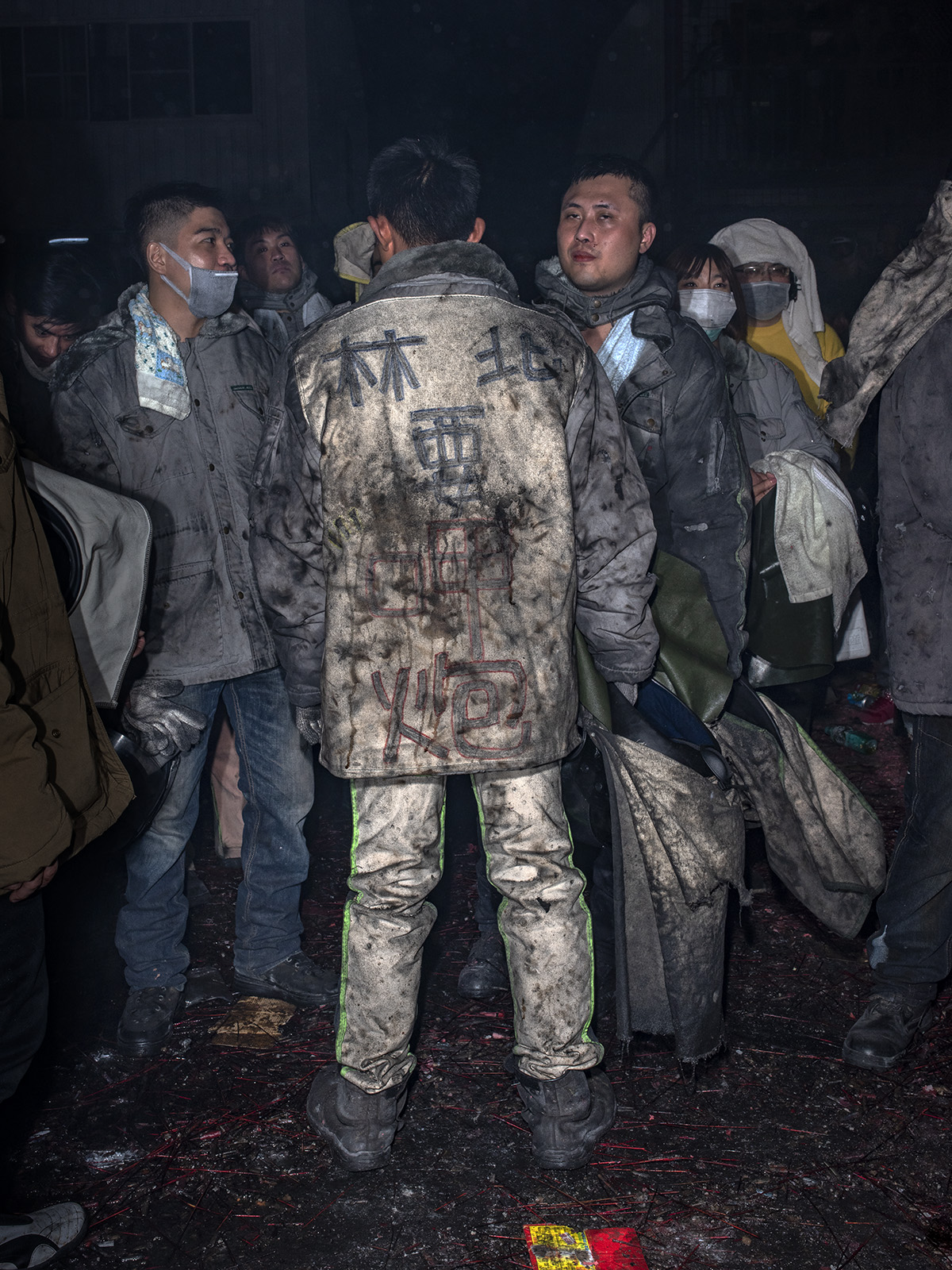 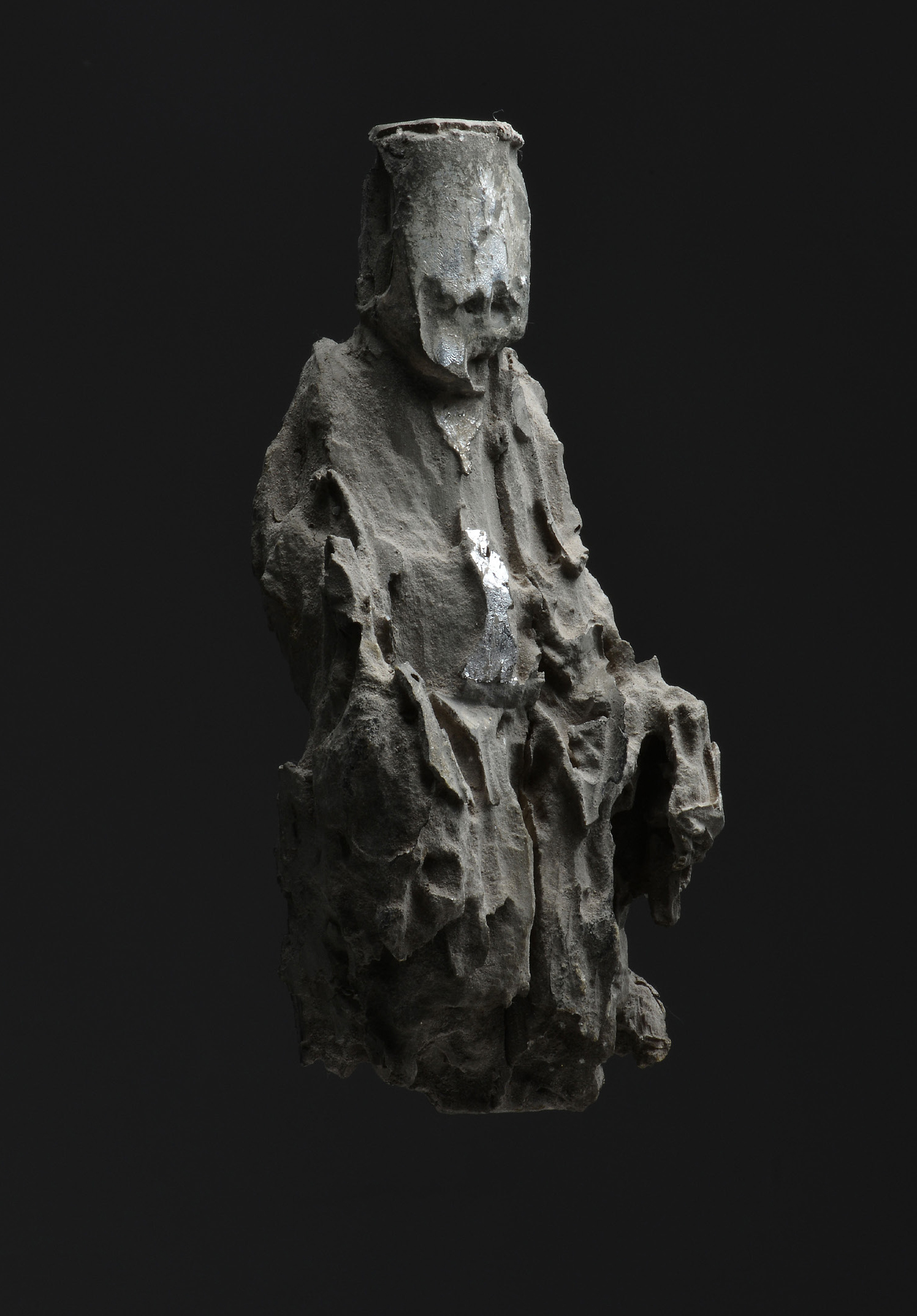 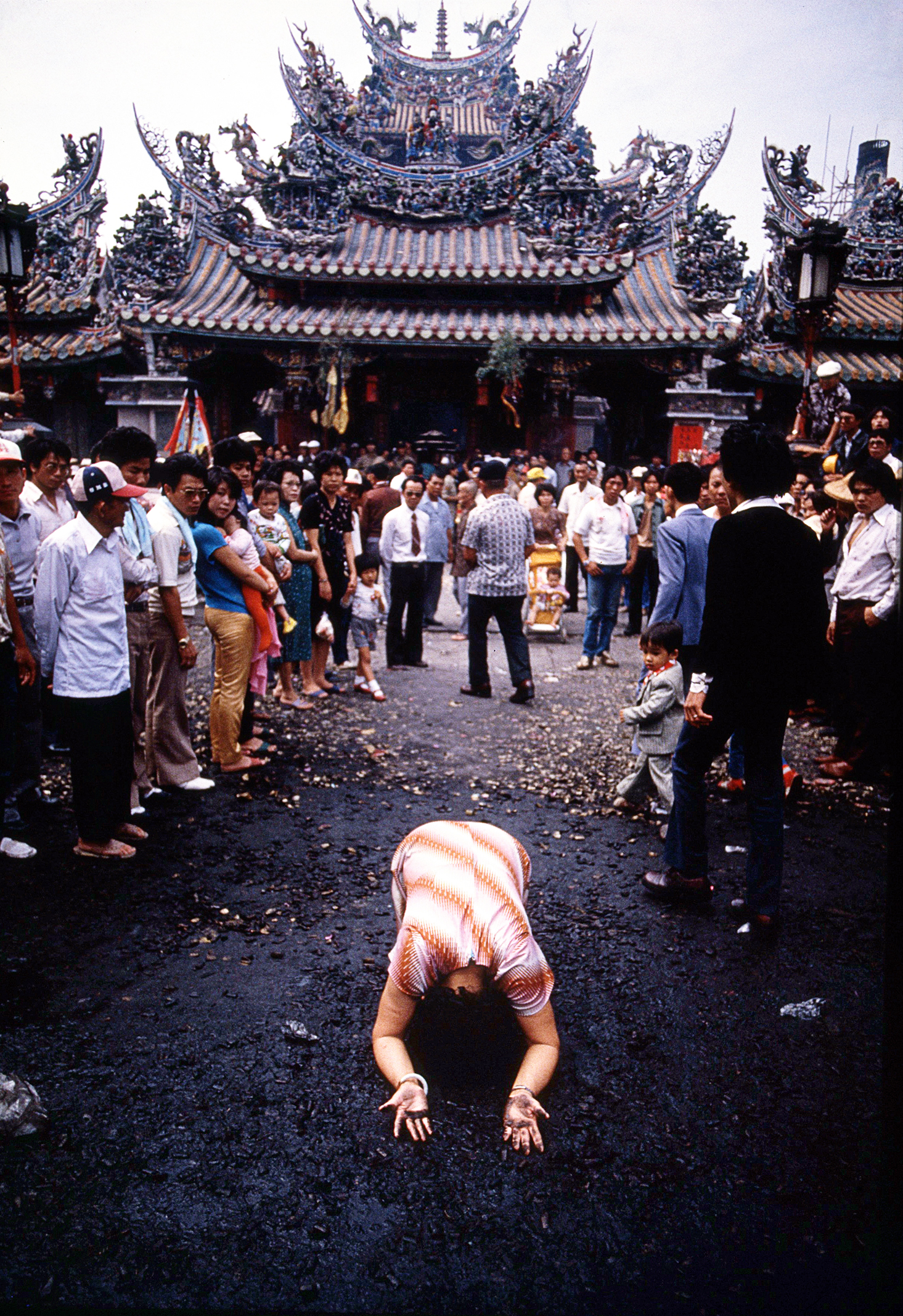 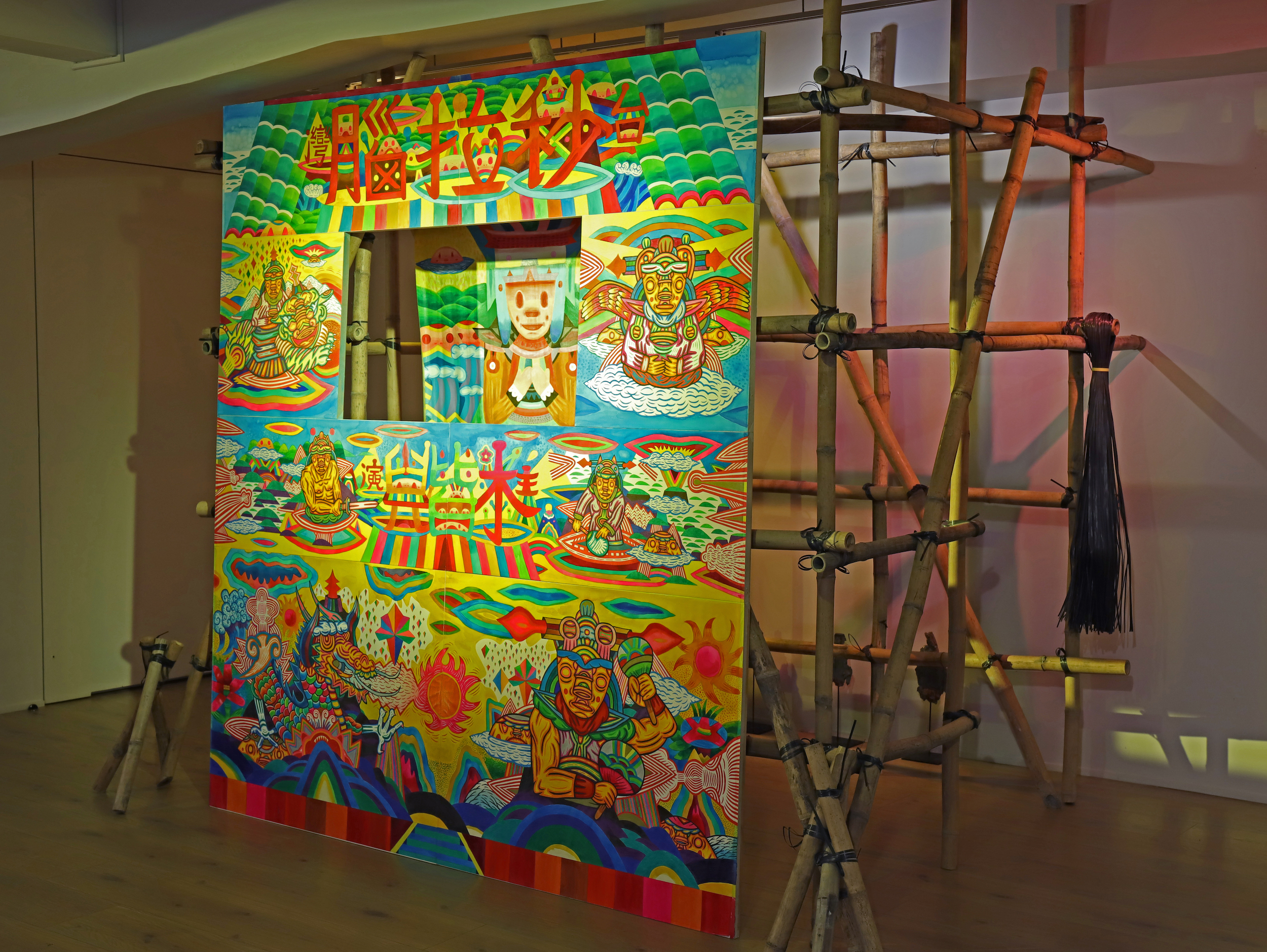 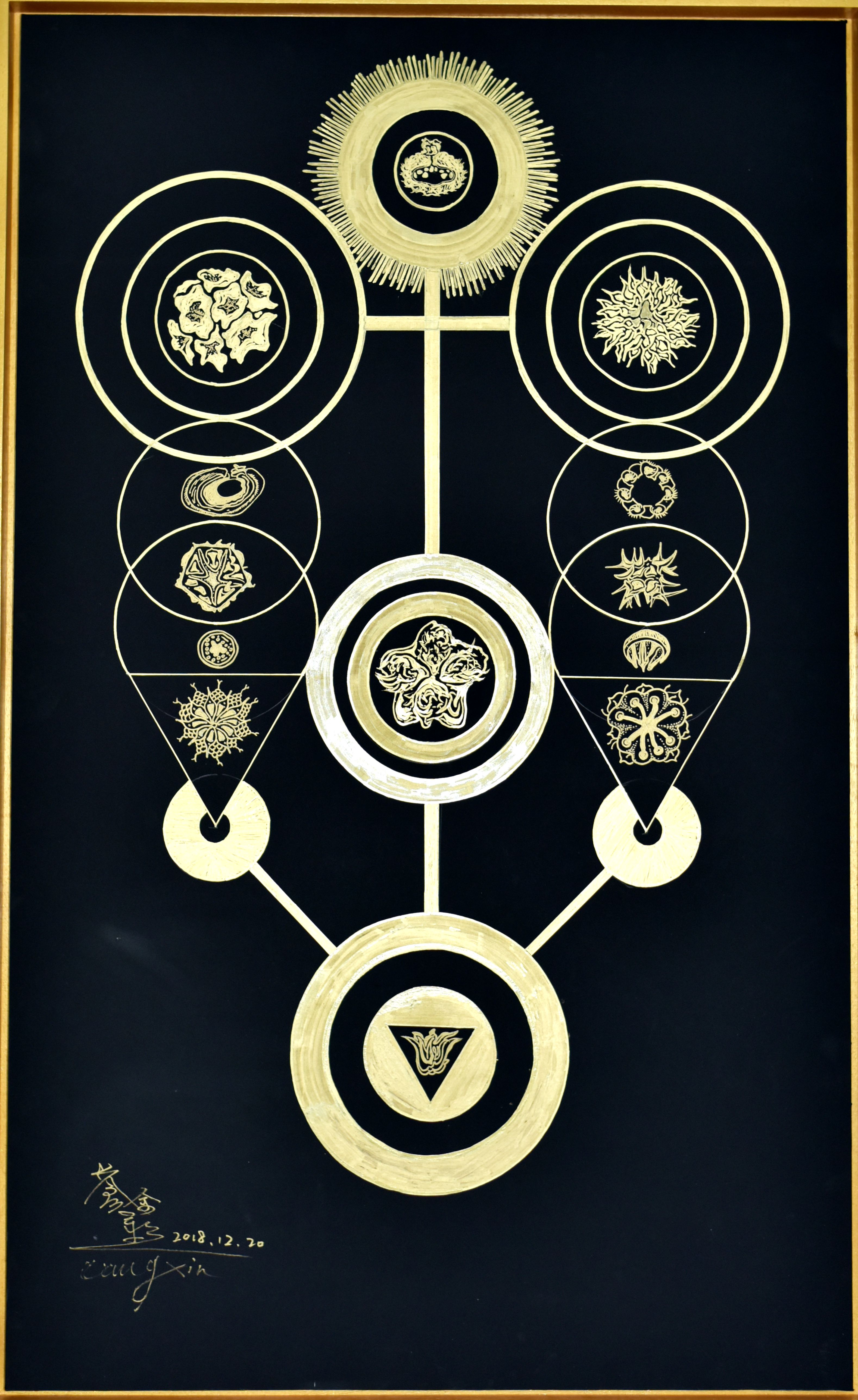 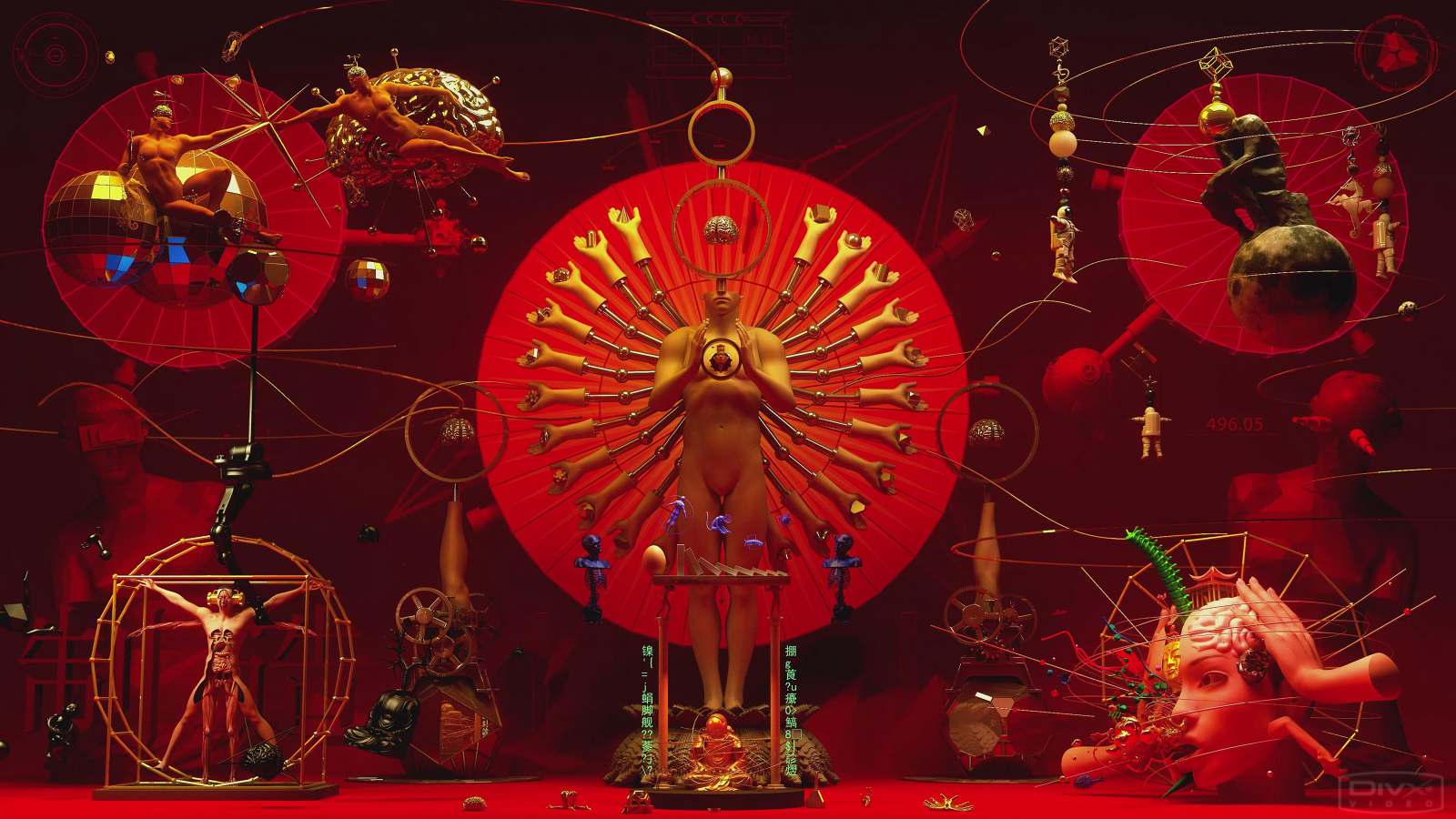 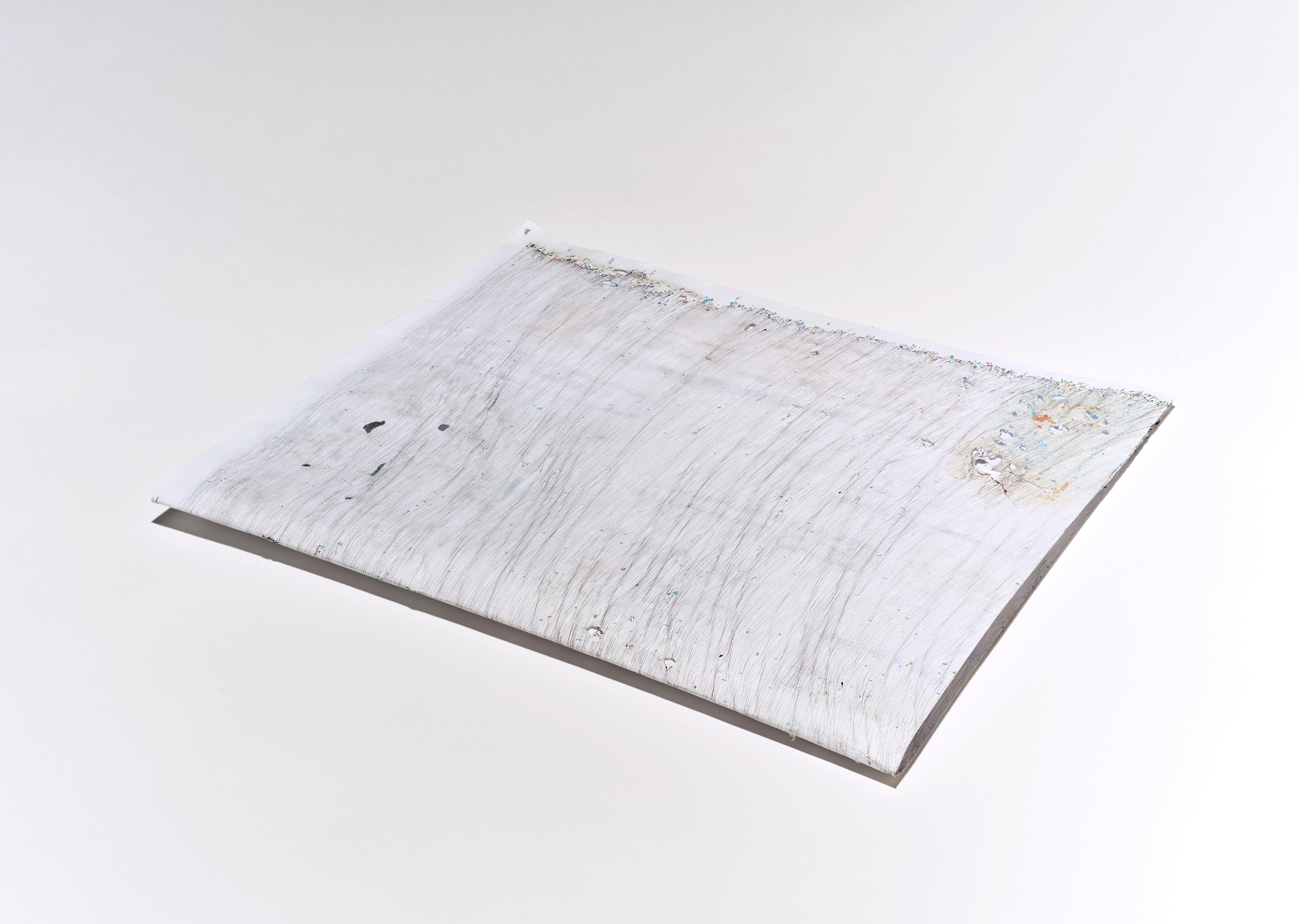 Wai Pongyu – A Rhythm of Landscape 7