As Tsherin Sherpa contemplated making his newest set of paintings, he found himself asking, “What happens when a deity from an altar or a monastery is taken out of context?Is it still sacred or does it become secular? When an objector even a whole temple is placed in a museum, is one to engage with it as a sacred object or as a work of art? For that matter, what really is the difference between the image of a Buddha in a monastery and one in someone’s garden with artificial waterfalls? Or on the shelves of Costco?” Just as Marcel Duchamp’s urinal raised new questions about the nature of art and expectation in the early twentieth century,2and Andy Warhol’s Brillo boxes, Campbell’s Soup cans and celebrities-in-multiples asked another set of questions for art later in the century, Sherpa’s new art interrogates the way we understand objects today as works of art or for devotion.

Mindful of these issues over religion, art and context whilst feeding on a steady diet of updates from the news, Sherpa created a series of new works, many of which are illustrated here, for his first solo show in London. Most are painted in acrylic with gold or platinum leaf on linen or canvas whilst some are small works on paper. Each has layers of meaning. 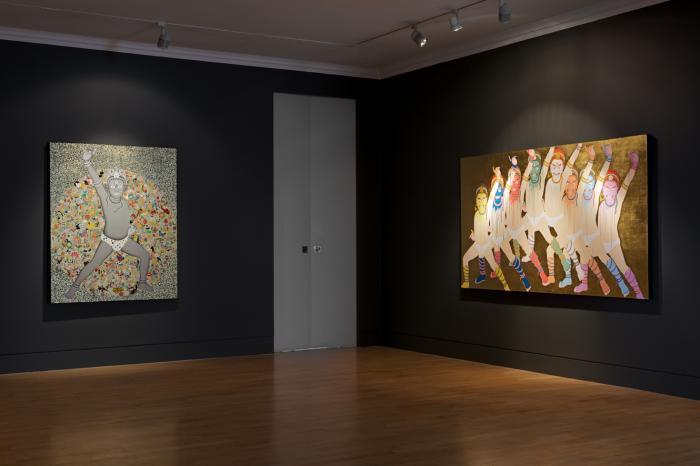 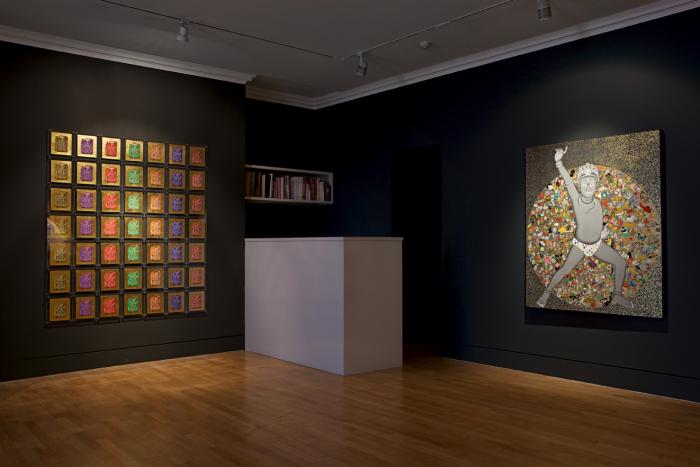 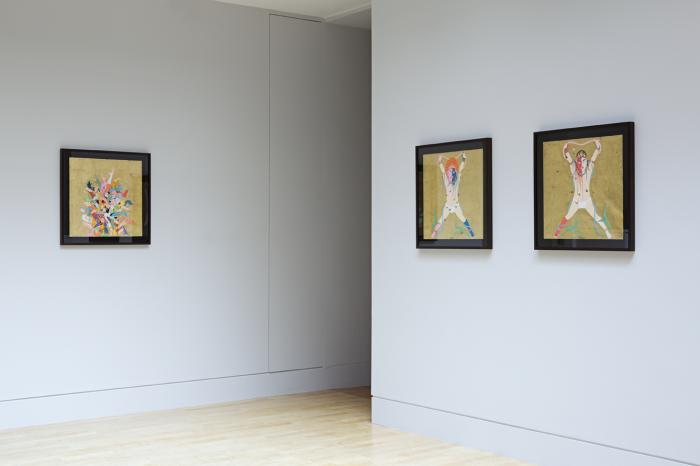 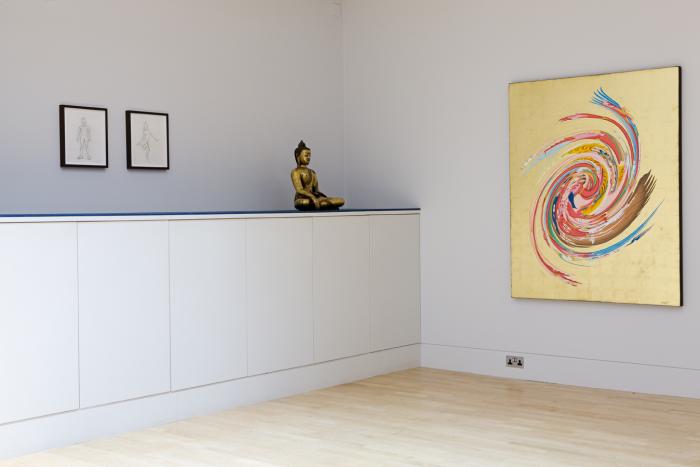