Rossi & Rossi is delighted to announce Undoing / Ongoing, an exhibition of new works by Pakistani artist Naiza Khan. Featuring oil paintings, watercolours, prints and brass sculpture, the show is a continuation of Khan’s long engagement with the urban landscape of Karachi and the city’s relationship with the sea. Though grounded in Karachi, her work also references global phenomena, including ideas of dwelling, movement, boundaries and the impermeability of borders.

Through her diverse practice, Khan investigates the built structures of Karachi and its surrounding areas, focusing especially on ruins, construction sites, public spaces and found objects. In her works, the city, and the life that exists within it, is presented as an organic structure under threat—of development, migration, modernisation and decay. In exploring and theorising urban space, the artist has encountered multiple embedded histories and time frames, as told through the city’s discarded objects and architectural constructions.

In a number of Khan’s larger new paintings, Karachi appears as a dark, oily shadow or reflection. Against this background, Breakage (2015) depicts the nearby island of Manora as a fractured, bisected plan, overlain and ‘unified’ in red paint by what seem to be the scattered footprints of unknown red buildings. Flickering between plan and silhouette, between flatness and three-dimensionality, the central form of this work suggests to Khan, ‘[A] large pylon under the ground. Something floating, contained and yet rooted. I was thinking, does concrete have a memory of its pouring? Does this object carry within it a history, and a memory of what it will become?’ Like people, objects and architectural constructions, she implies, have lives and memories of their own because they are interwoven into the same flux, form and pattern. This inexorable sense of flux is made explicit in the title of the exhibition, with its intimation that any sense of progress is immediately pushed back—or ‘undone’.

In Undoing / Ongoing, Khan also presents a number of cast brass sculptures that are the result of her explorations of the nature of debris and its productive quality in space. For the artist, the process of casting also operates as an underlying metaphor, bringing to the fore considerations of spillage, spontaneous making, transformation and mutability of form. Through her casts, she explores the phenomena of erasure and volume; the notion of aerial and planer views; and the multiple ‘presencing’ of objects through recurring motifs such as the boat, the tent, the horizontal line or the gutted whale. How does one, in fact, cast the phenomena of a city? 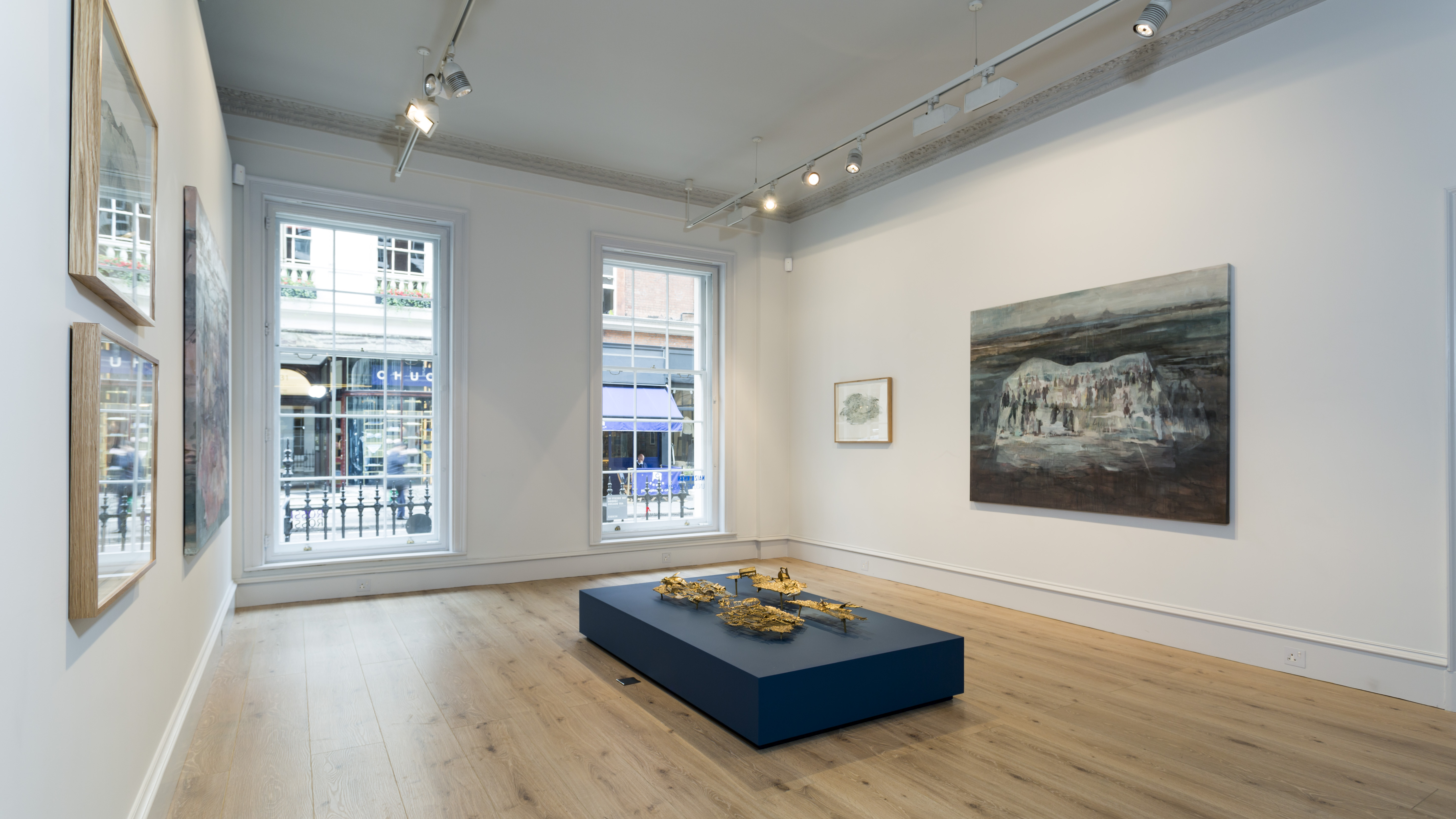 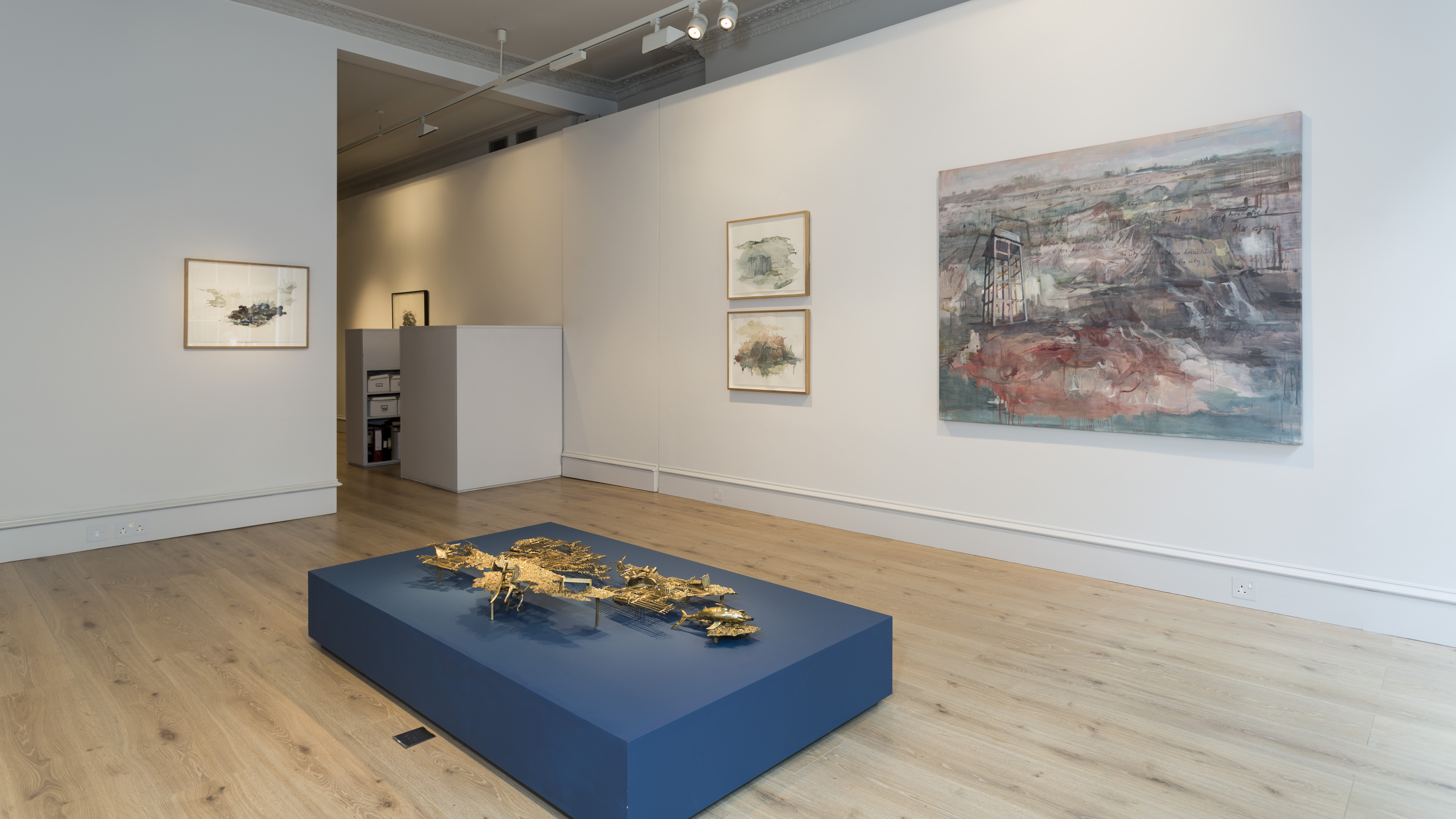 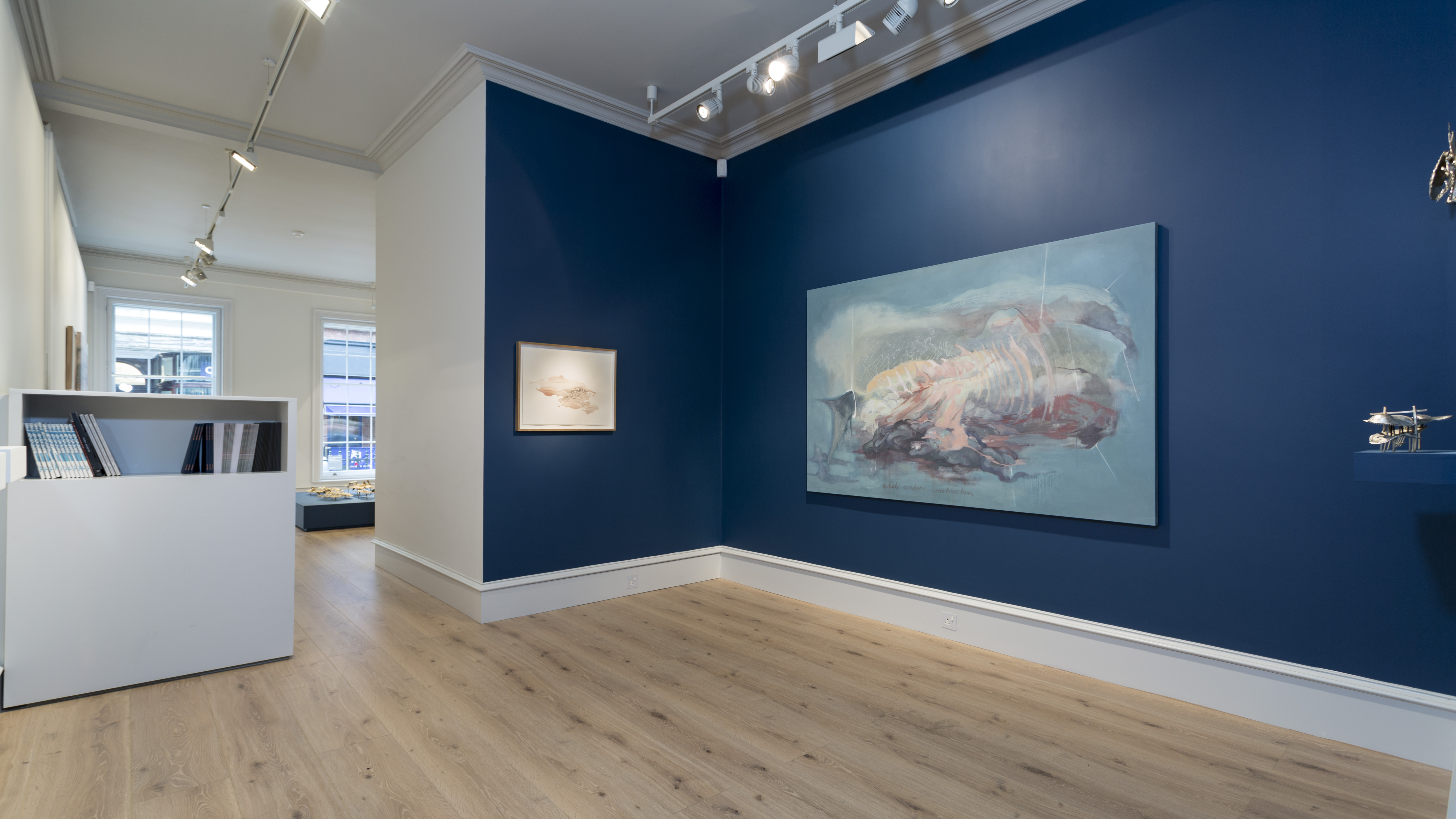