Rossi & Rossi, in partnership with Giovanni Martino, is pleased to announce Wheels of Fire, an exhibition by the Italian-born, New York-based artist Massimo Antonaci. A reception for the artist will take place on Saturday, 25 November, from 3 to 6 p.m. at Rossi & Rossi Hong Kong.

Recognized for his daring use of material, Antonaci’s works in tar and glass—mediums he ceased using in 2000–have received international acclaim. His work on papyrus begins where those on glass finished, transmuting a force, characterized by the artist as ‘man’s own shadow’, which materializes as a circle rendered on handmade papyrus sheets. The artist views the wrinkled, parched medium—the physical result of air and sunlight drying out papyri sap—as the embodiment of what is and what remains, a timeless awareness that survives and substantiates reality: “It’s the substratum of the soul, freed from the movements of the mind and readied to capture consciousness.”

The artist’s sole motif throughout—a circle, or wheel—is replete with symbolism and mystery. Like fire, the colours of Antonaci’s wheels are, at times, black, white or gray, and, at others, resemble flames evaporating into ether. The artist posits the emerging shape as ‘one movement; one exhalation; one memory’: a manifold symbol transcending time and sensation, the trace that awareness leaves behind—unfathomable smell; elusive glimpse; inaudible sound.

Wheels of Fire suggests an alchemical transmutation, one of matter into energy and energy into matter—a consuming circularity of centrifugal force continuously reborn in its unmitigated wholeness; the fulcrum at the center of the cosmic wheel. This cycle of regeneration convenes with Antonaci’s vast research in religion and history—drawing parallels to ancient archetypes of the feminine: from Christianity’s Mary to Tibetan Buddhism’s Yum Chenmo.

Wheels of Fire is exhibited alongside a selection of rare and complete medieval Tibetan Buddhist manuscripts from the McCarthy collection. Comprised of eleven canonical manuscripts dating from the 13th to 16th century, the elaborate script and calligraphy of the folios venerate Prajñāpāramitā (the Perfection of Transcendent Wisdom) in Mahāyāna Buddhism. Prajñāpāramitā refers to a perfected way of seeing the nature of reality, as well as to a particular body of sutras, and to the personification of the concept in the Bodhisattva known as the ‘Great Mother’. 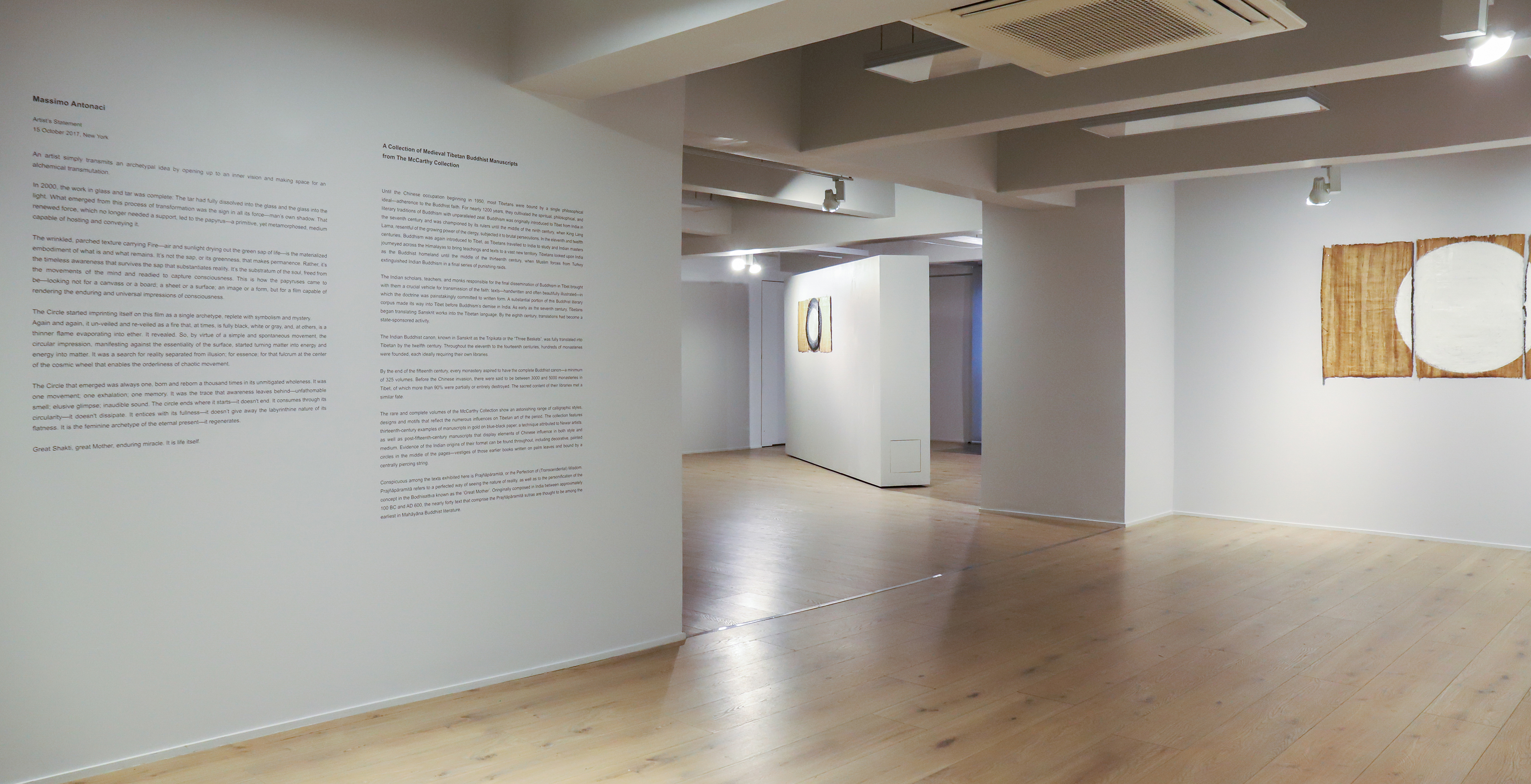 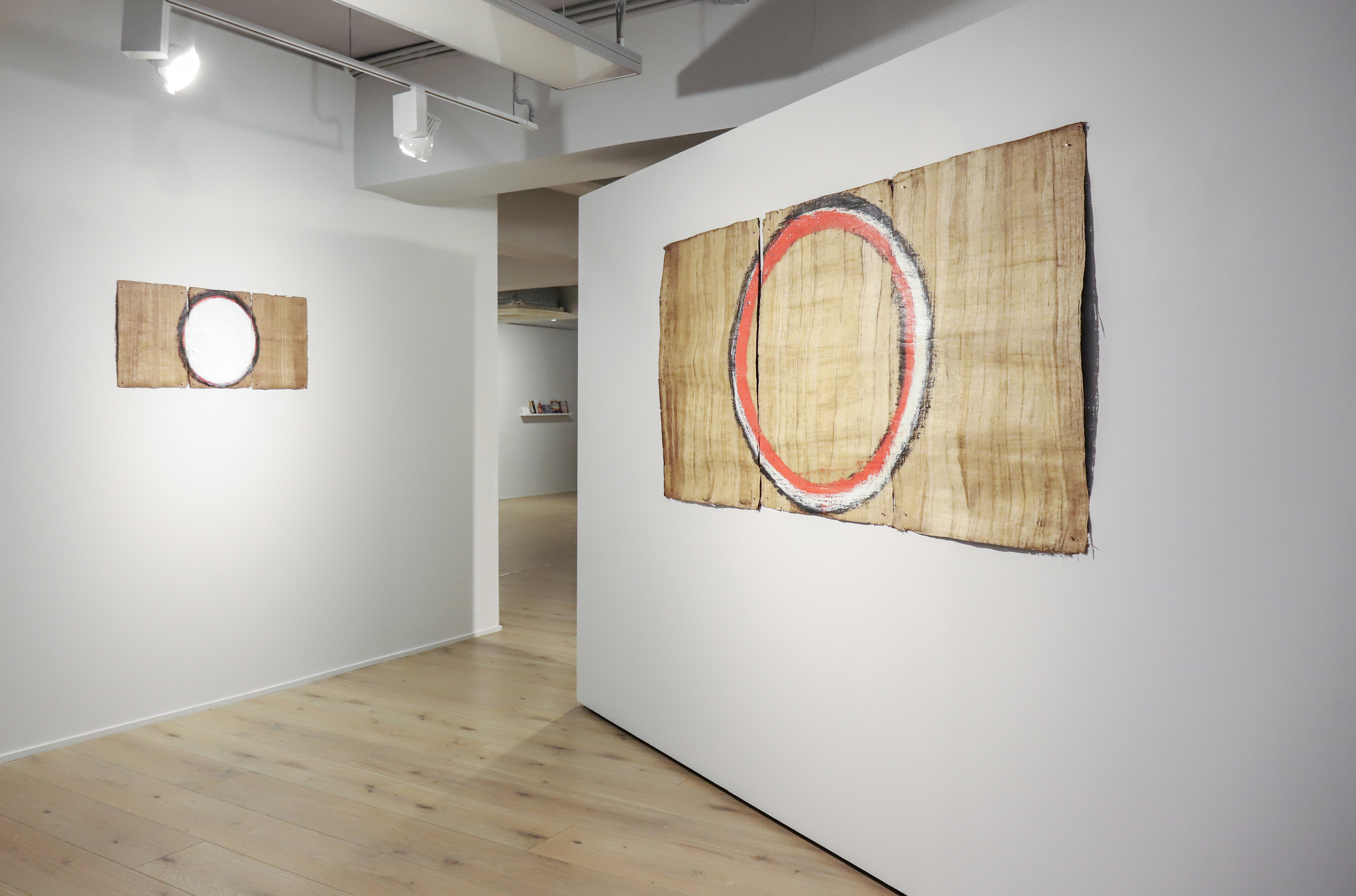 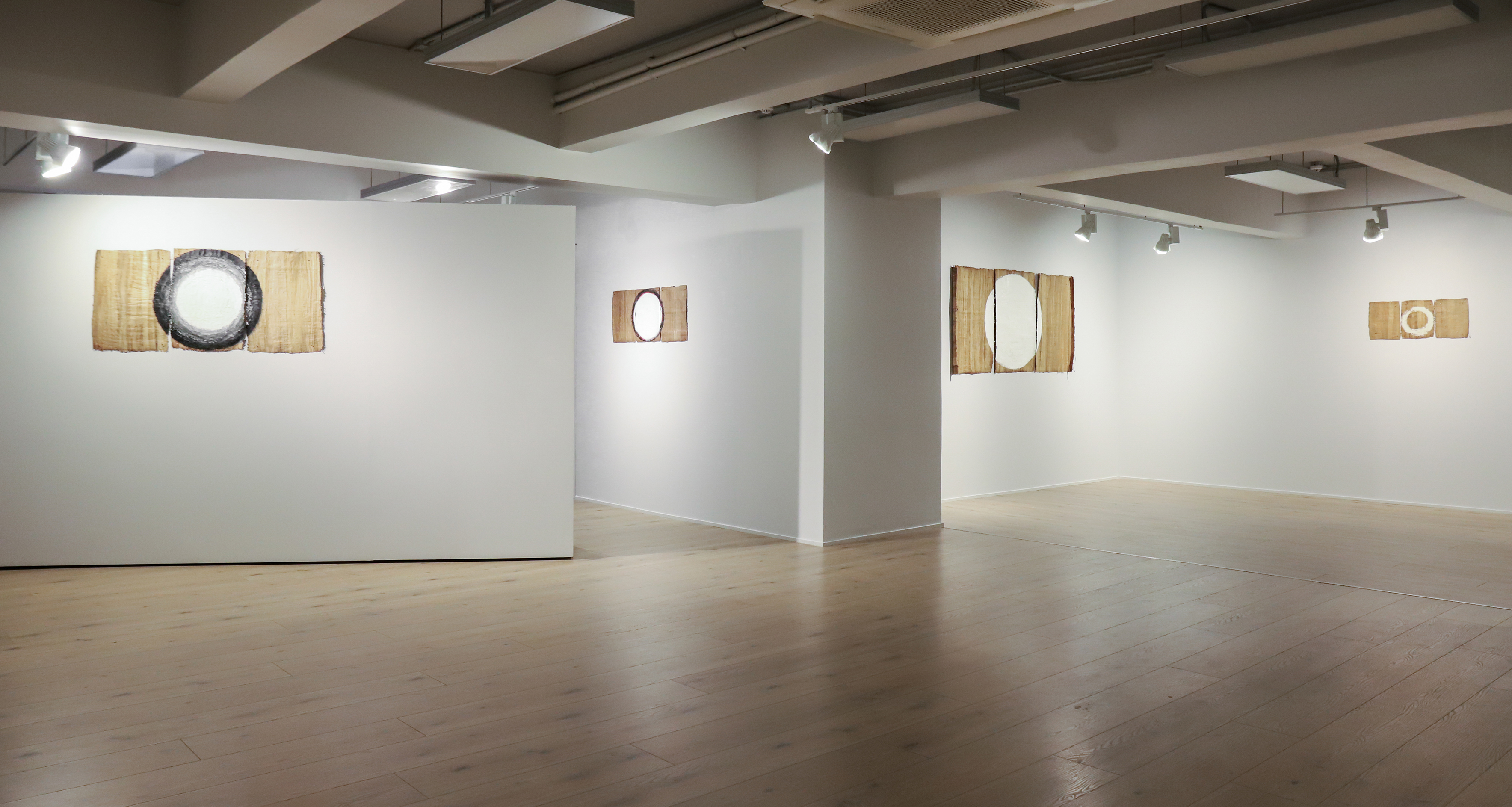 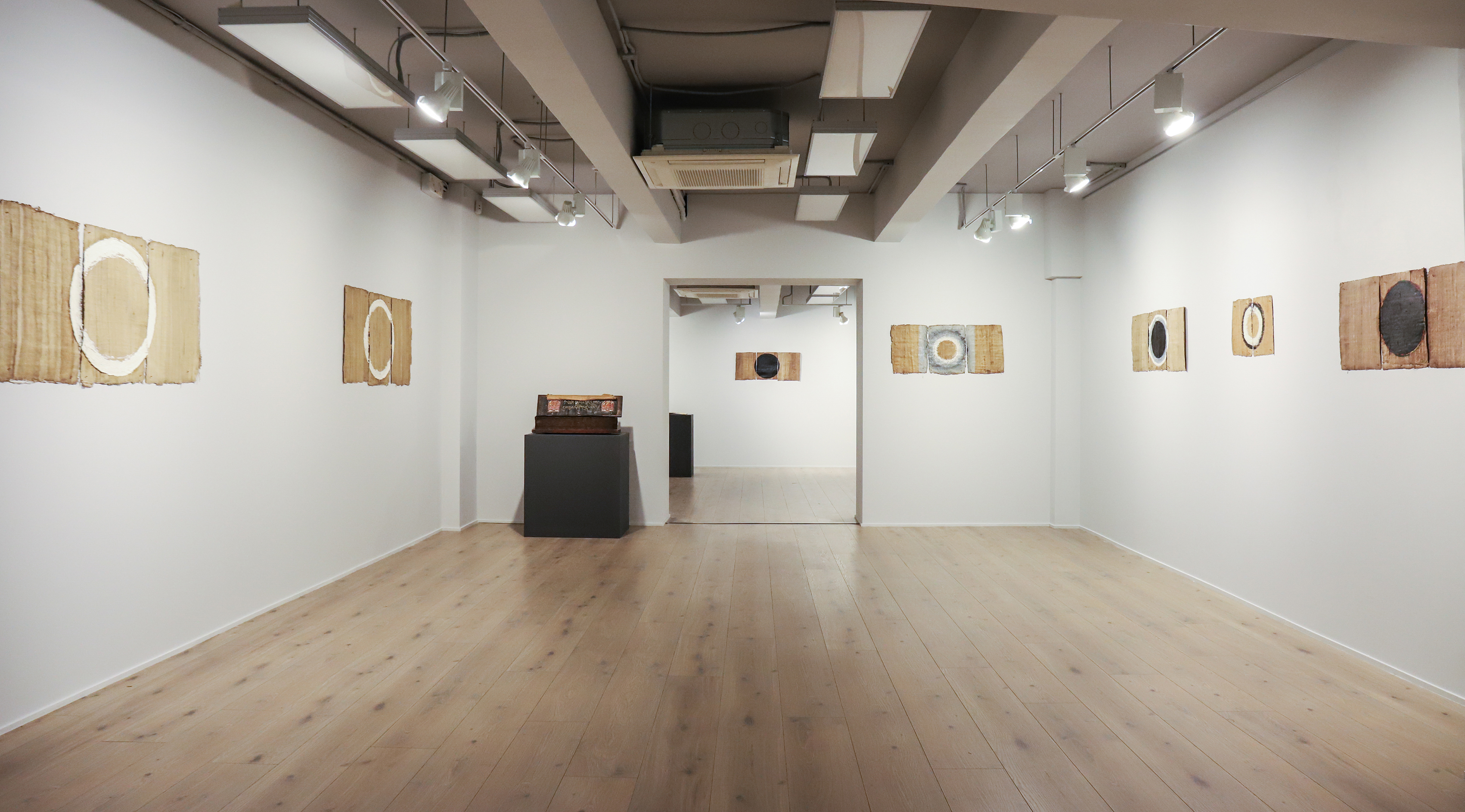