Rossi & Rossi is pleased to announce When Head and Body Unite, an exhibition of new works by acclaimed Cambodian artist Leang Seckon. Composed of a variety of media–textiles, photographs, posters, found objects, Seckon’s artworks reveal intimate narratives of his memories growing up during a devastating and turbulent period in Cambodia’s history, and its subsequent attempts to heal. They seamlessly blend imagery and references from history, local folklore and religious iconography, while also drawing from recent events and popular culture.

Tonlé Sap River Circulates and Reverses Flow (2017), a painting of three and half metres in length, demonstrates the breadth of the artist’s influences. A royal pavilion occupies the top left register, modelled temples of Angkor. In the lower register, Seckon’s has depicted a twentieth-century parallel, depicting global politicians of the 1960s–King Sihanouk, Chariamn Mao, General de Gaulle and Jacqueline Kennedy. To the right, an expansive landscape is depicted, within which are narratives about the resilience of the Cambodian people who are able to flow against the current, much like the river from which the painting takes its name.

The title of the exhibition, When Head and Body Unite, references the recent repatriations of ancient stone statuary to Cambodia, and serves as a unifying metaphor for Cambodia’s healing after the wars and Khmer Rouge rule. Dead and Reborn Again (2016) depicts a seventh-century sculpture of deity Harihara, whose head was repatriated from France in January 2016 to be reunited with the figure’s body. A headless statue is depicted on the left of the canvas, standing in a Khmer Rouge ‘killing field’ of skulls. In the centre, the statue’s head is being transported towards the body through the sky by a flying Brahmin and an Apsara. On the viewer’s right stands the reborn and complete seventh-century sculpture surrounded by dancing figures. Seckon relates the fate of the sculpture to a folk story he was told as a child about a woman whose head is decapitated and separated from her body while travelling to the moon. The reunification of her earthly head and celestial body, as well as the reunification of the sculpture’s head and body, serve as a metaphor for the regeneration Cambodia has undertaken in recent years, both economically and socially.

A fully illustrated catalogue, featuring an essay by art historian Peter D. Sharrock and an interview with the artist by curator Erin Gleeson, will be published to coincide with the opening of the exhibition. 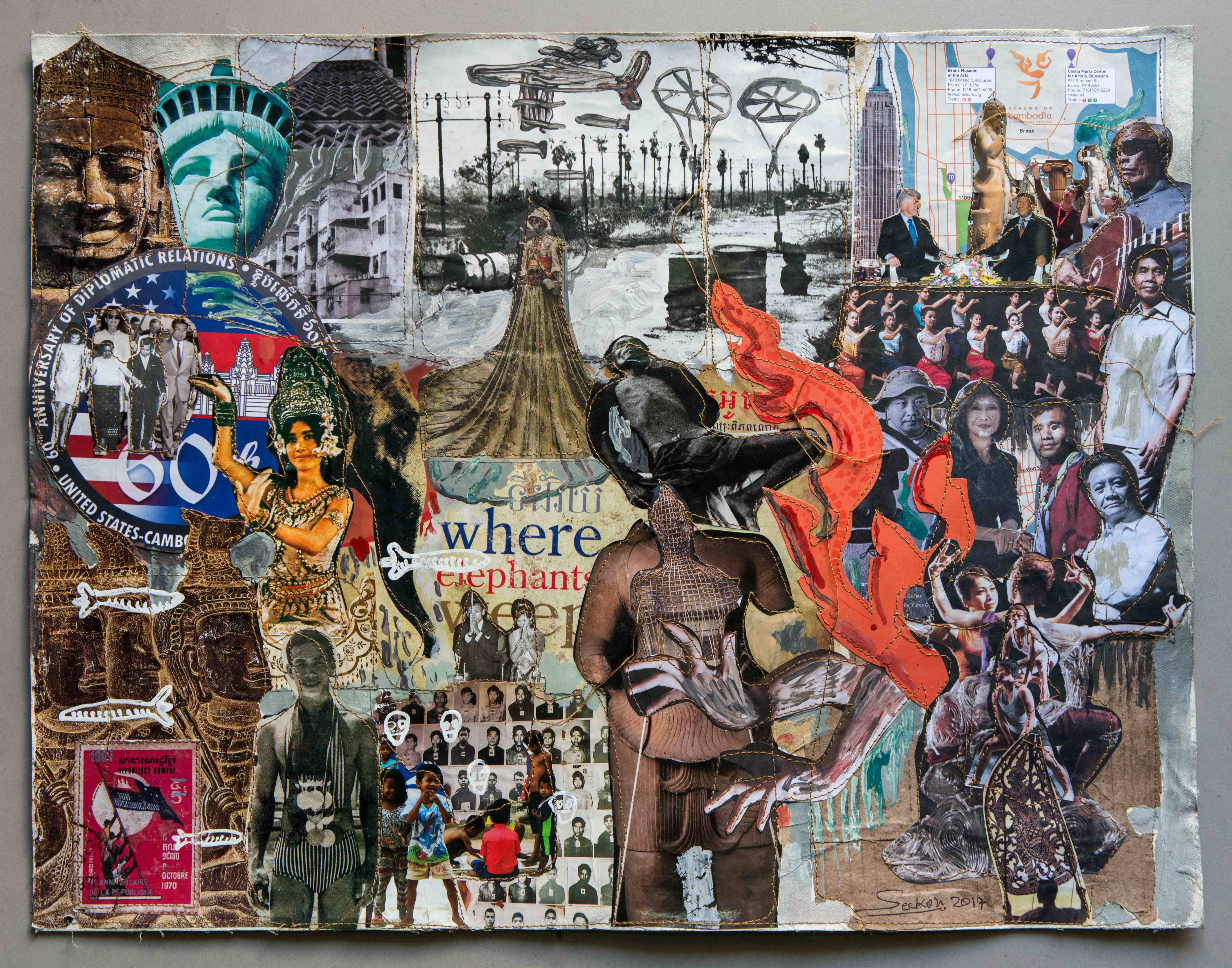 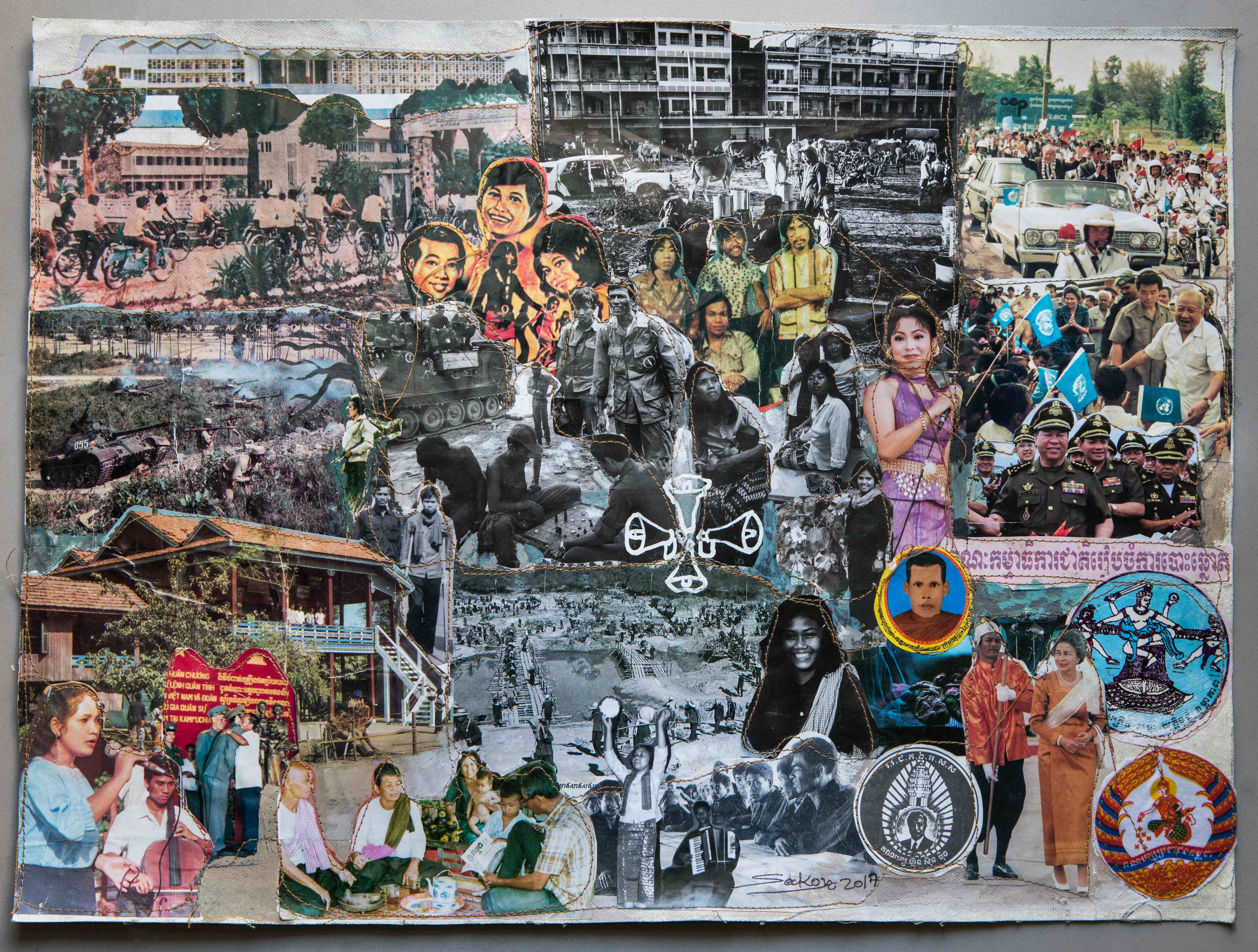 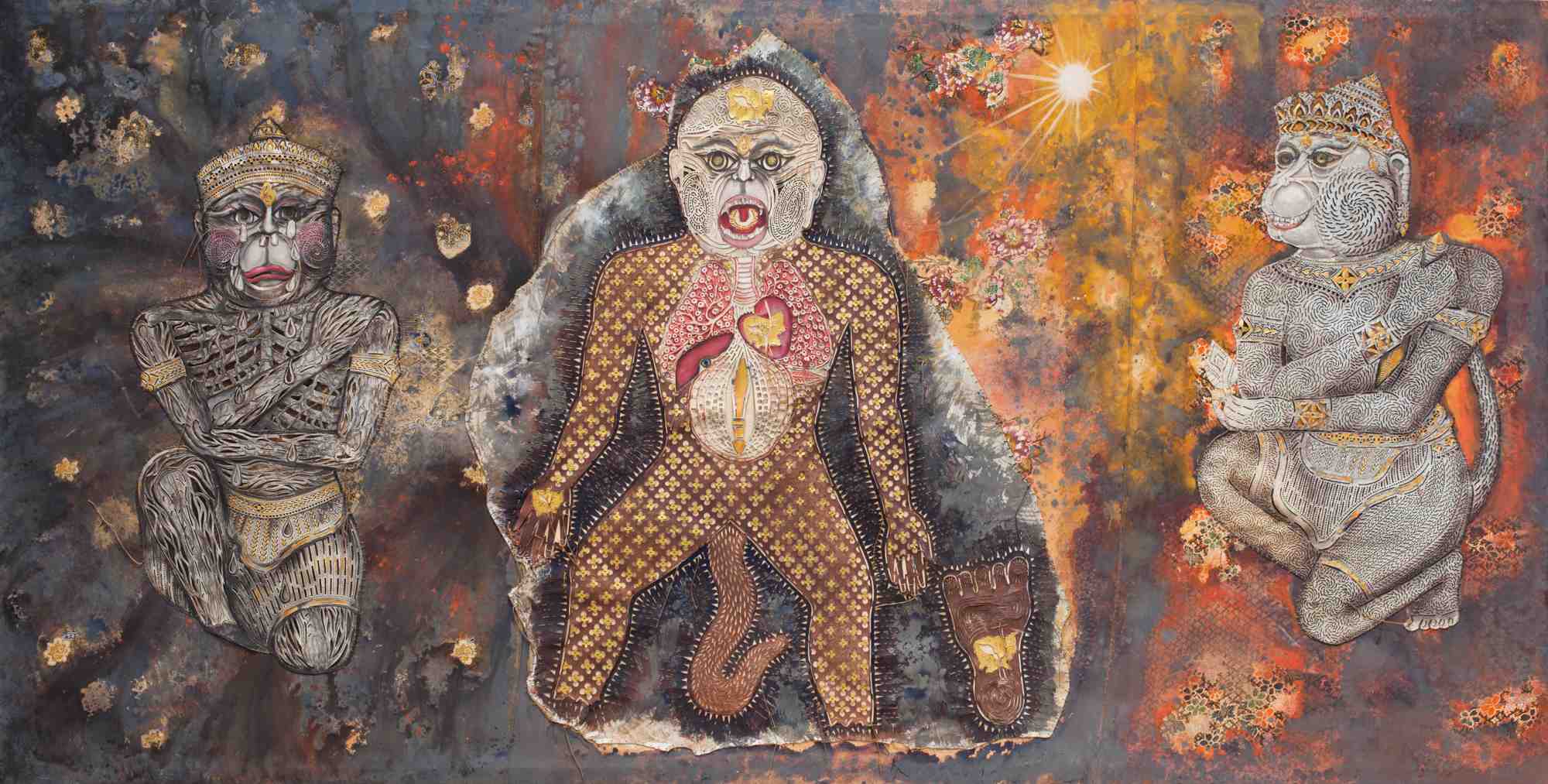 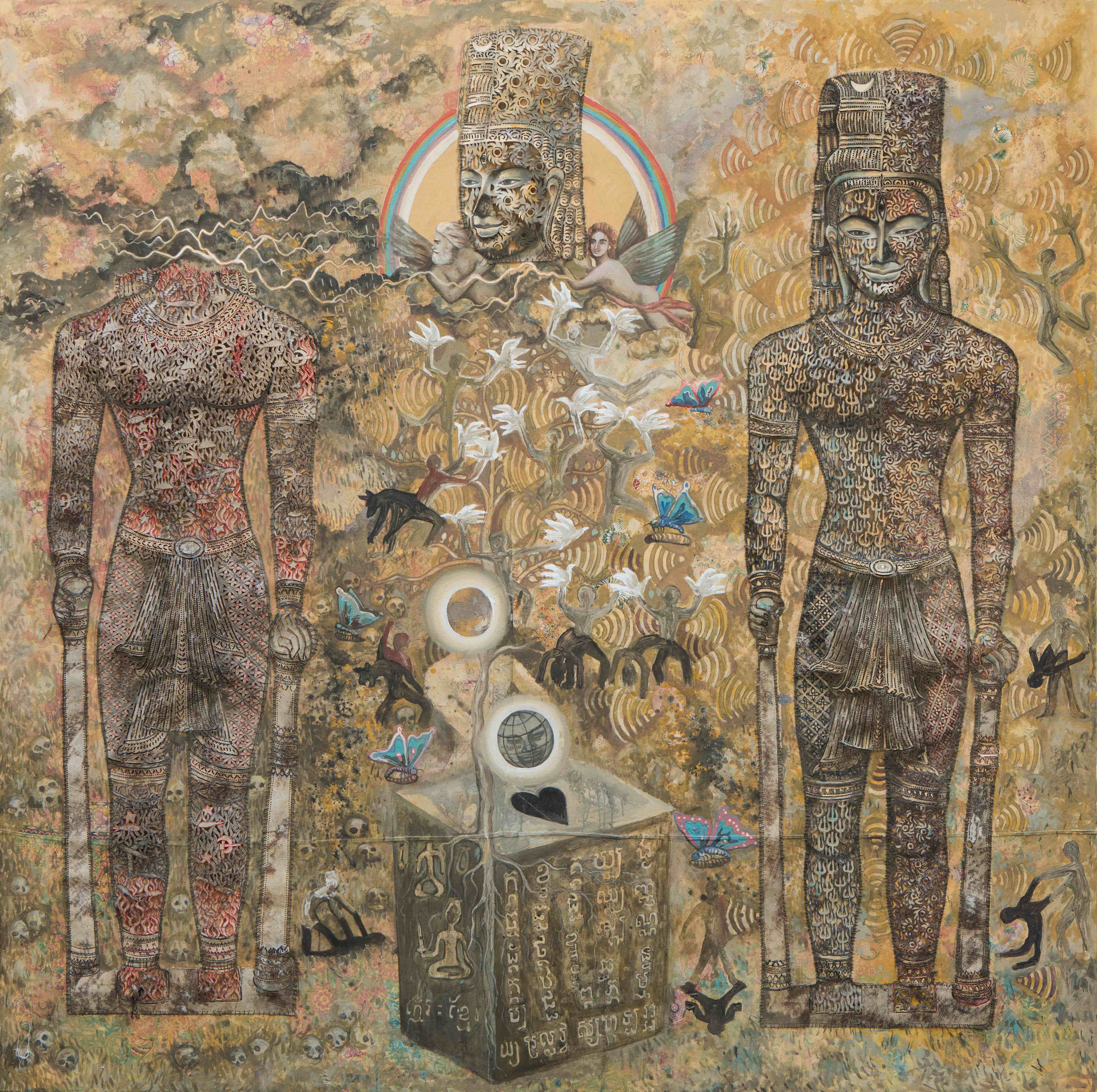 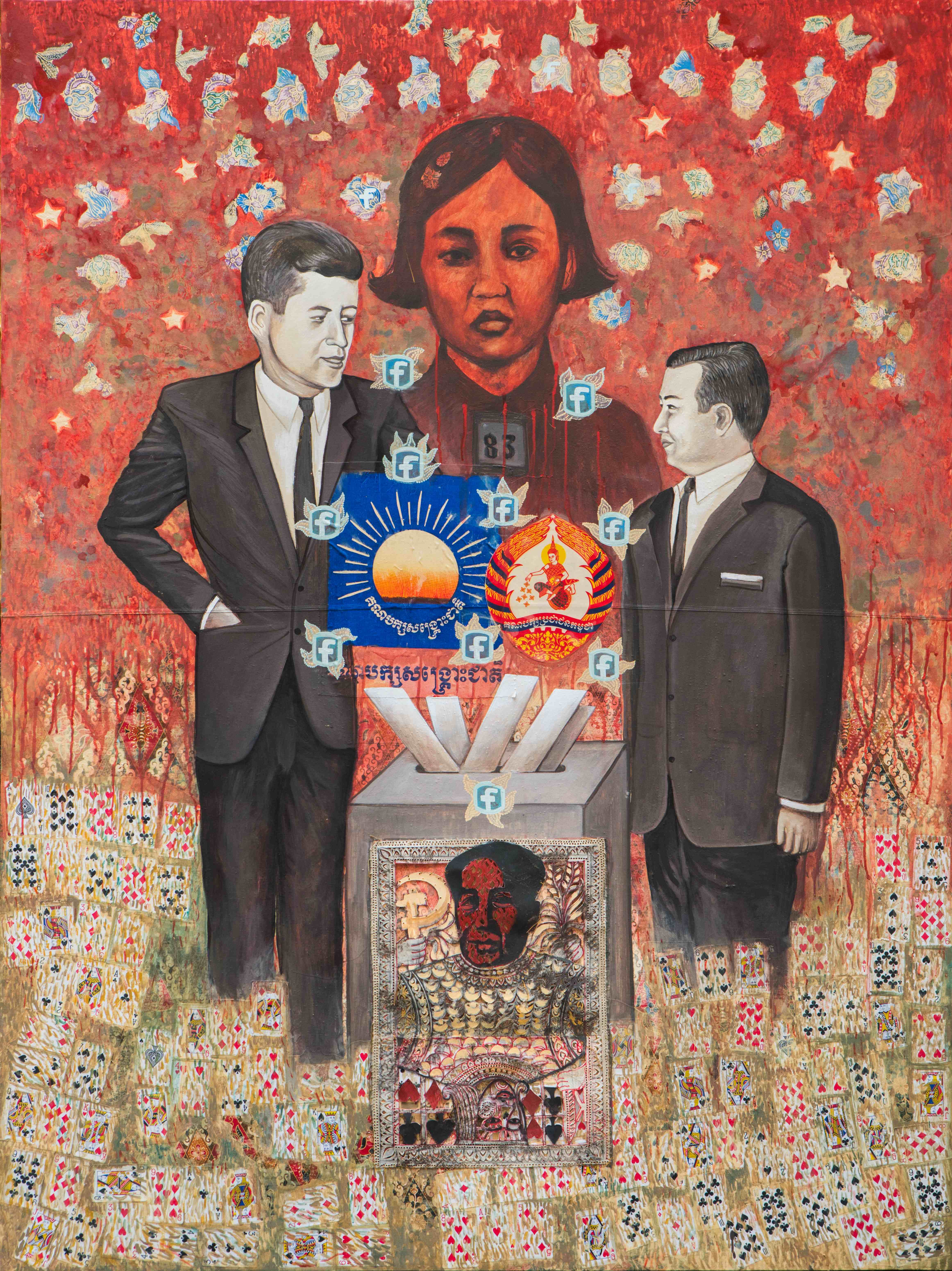 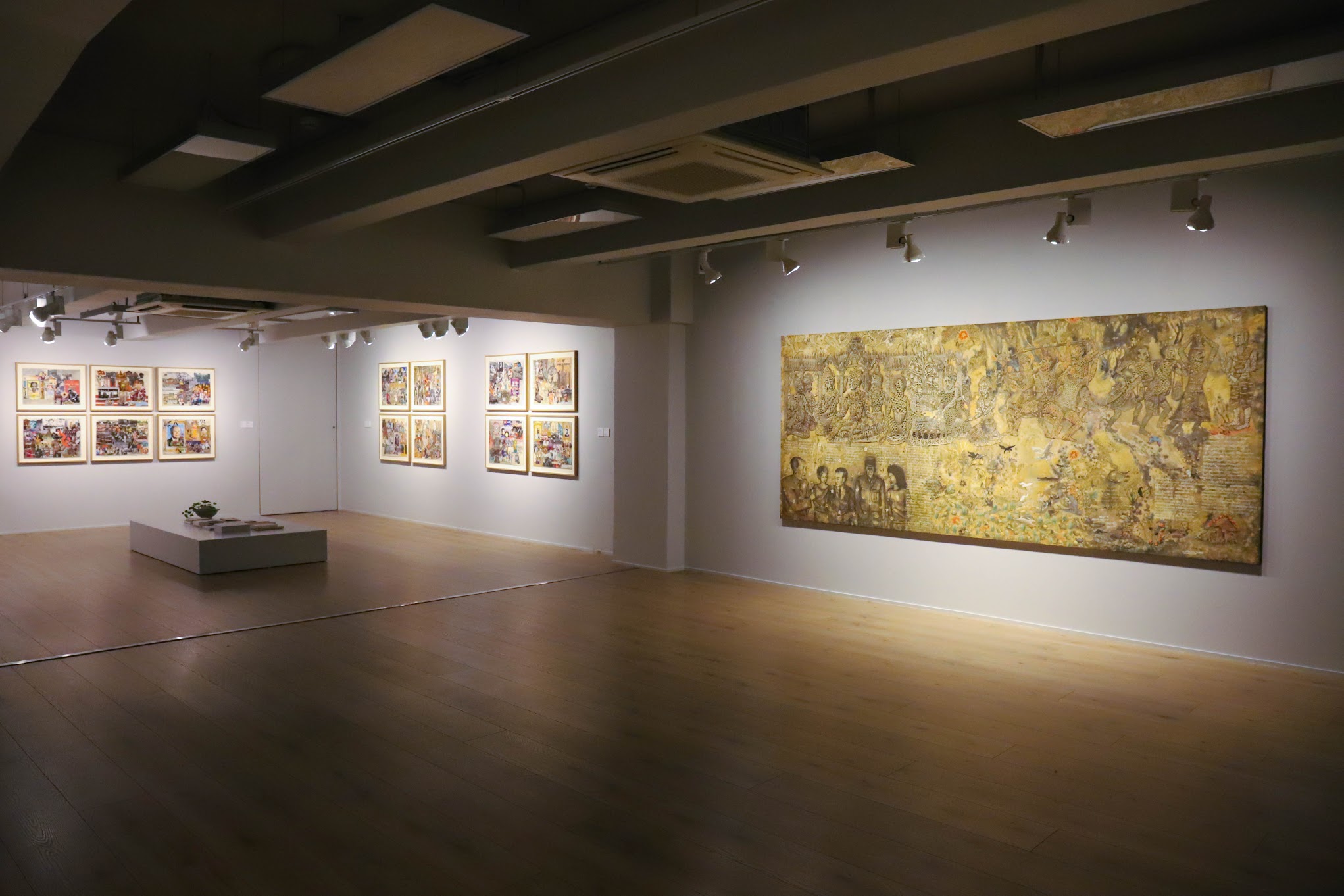 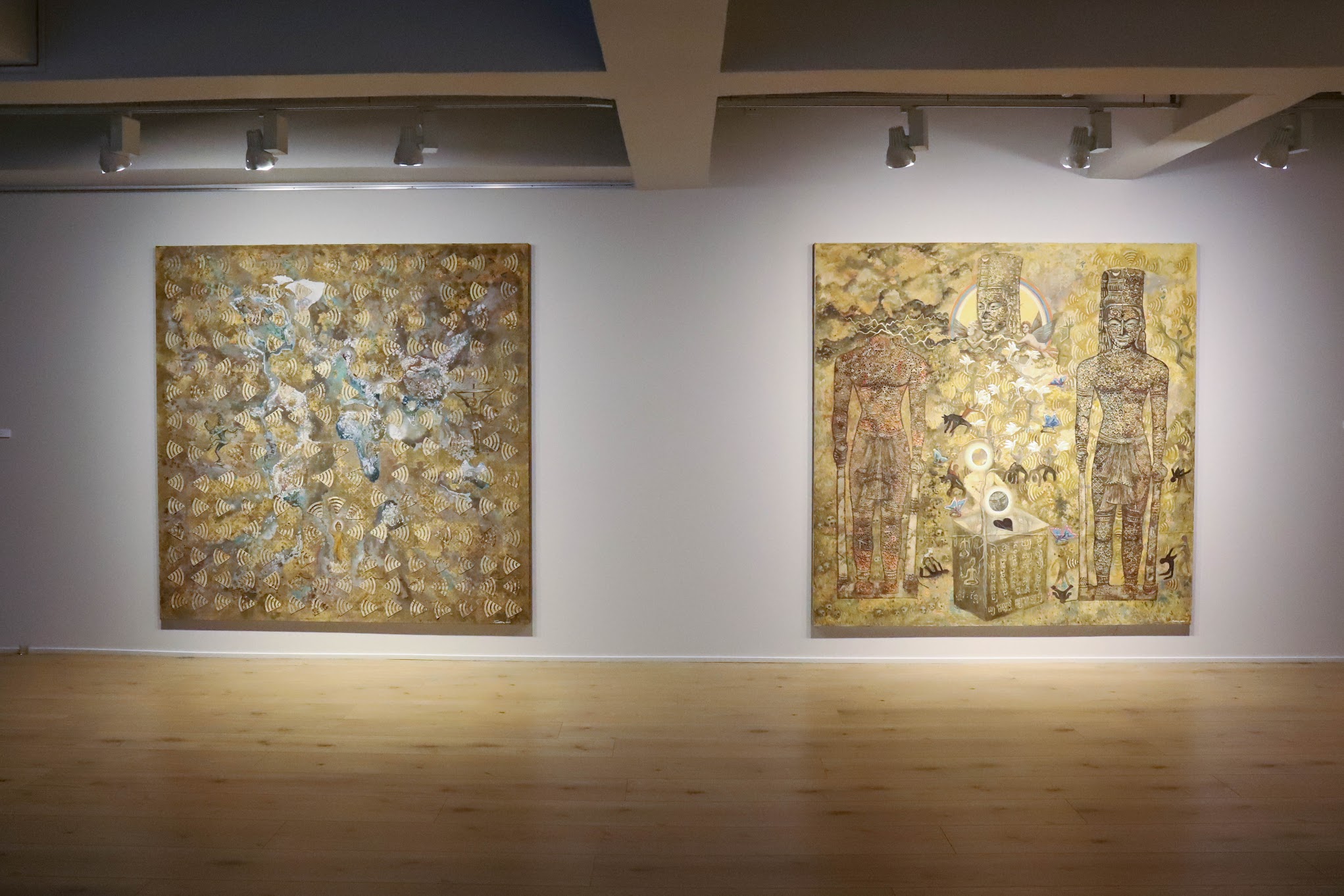 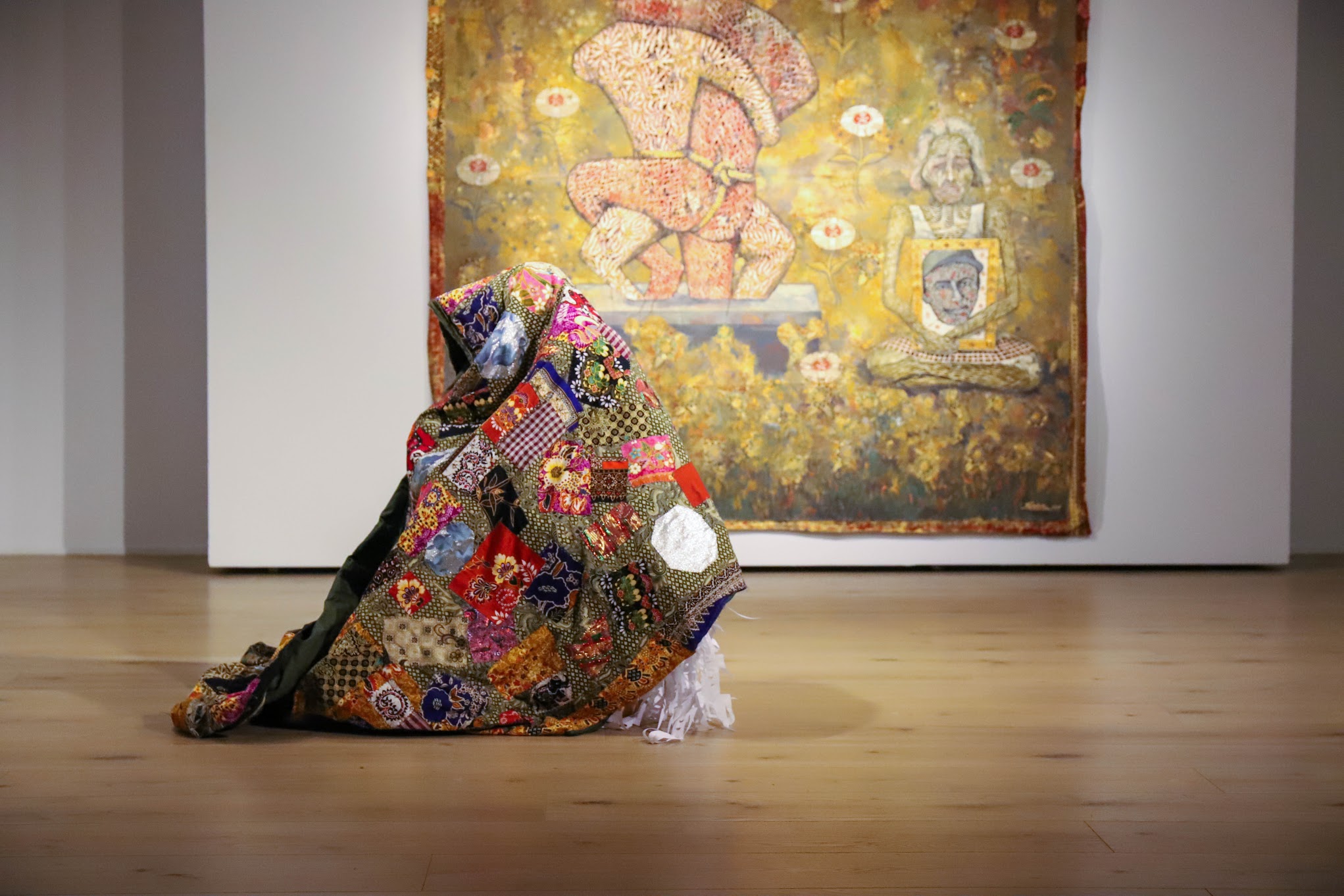 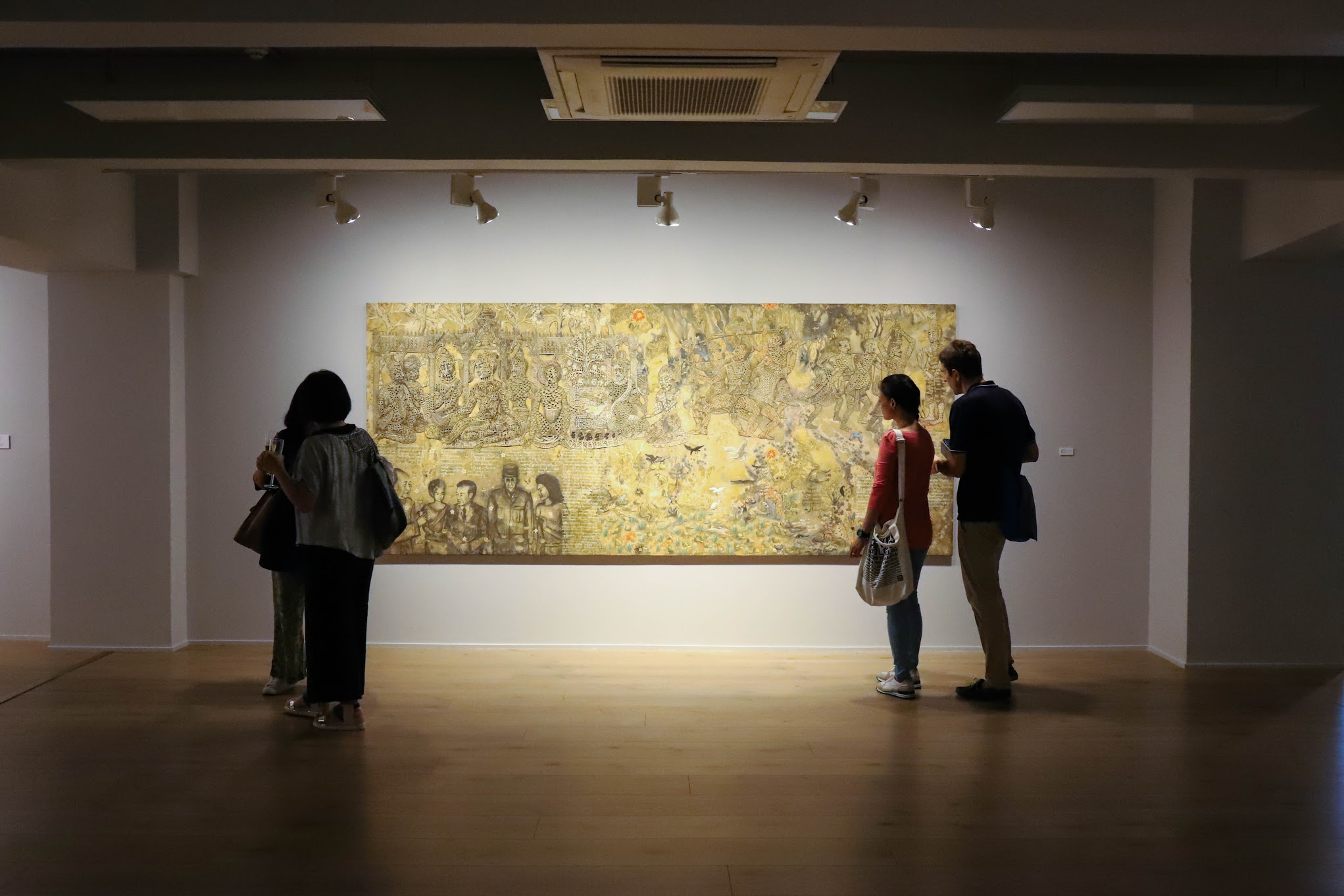 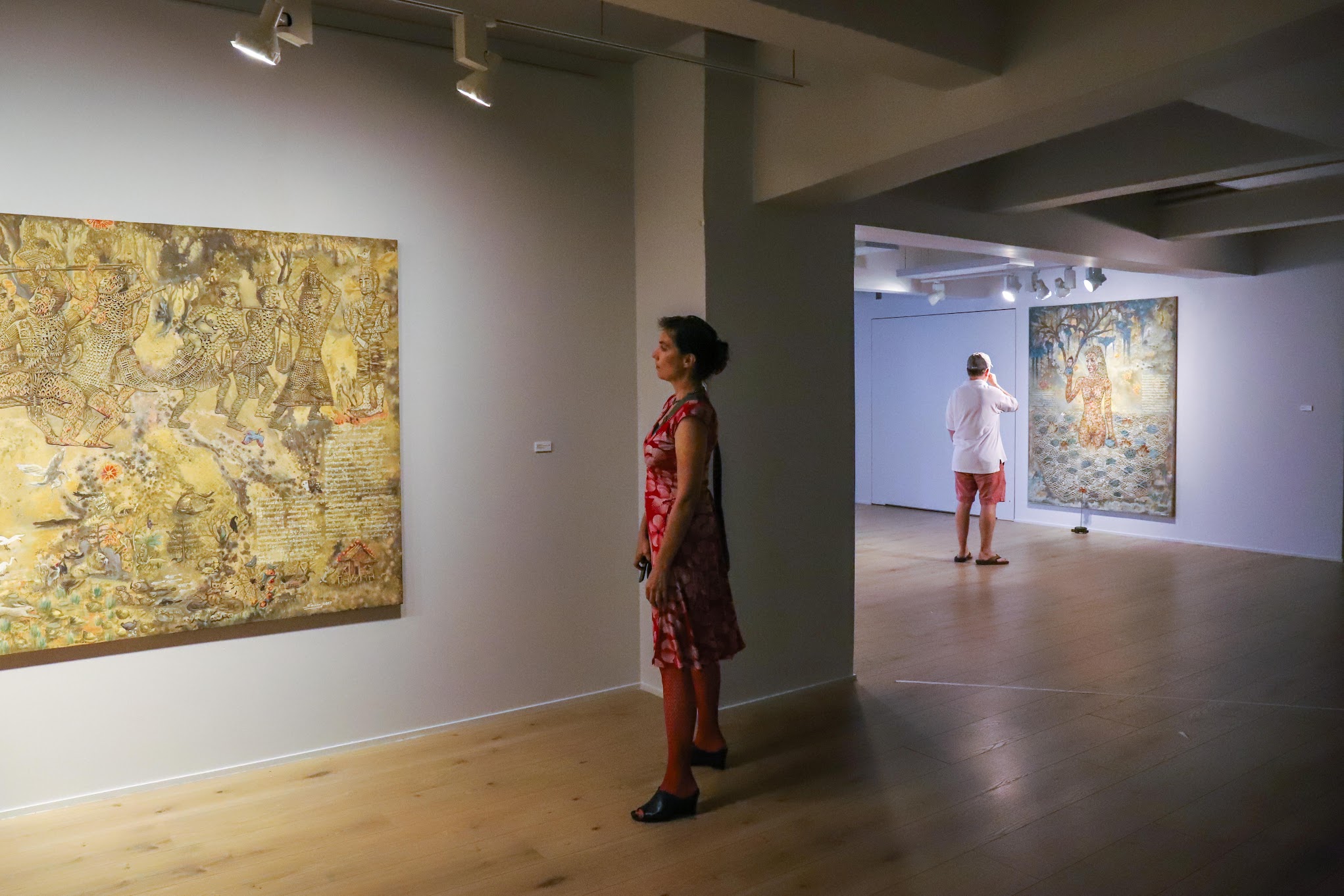