Bertozzi & Casoni was founded in 1980 in Imola by Giampaolo Bertozzi (born in Borgo Tossignano, Bologna, in 1957) and Stefano Dal Monte Casoni (born in Lugo di Romagna, Ravenna, in 1961). From their early studies at the Ceramic Art Institute of Faenza their interests gravitated towards a dialogue with the great traditions in art and they nurtured an original vocation for experimenting with sculpture, seeing in ceramics the possibility of painted sculpture.

Bertozzi & Casoni went on to attend the Academy of Fine Arts in Bologna, and participated in exhibitions that focused more on the artists and the motivations for a “new ceramics” in an effort to bridge the gap in support of an expressive medium viewed as a minor art with respect to other artistic forms. Their first creations were small and made of thin polychrome majolica.

From 1985 to 1989 they collaborated with the Cooperativa Ceramica d’Imola as researchers in the Centro Sperimentazioni e Ricerche sulla Ceramica (1987-1988), an experience that led to the association with “K International Ceramics Magazine” for which they would also create cover images. As the relationship with the Cooperativa was nearing its end, they produced two major pieces sponsored by the company: the projects in Tama New Town (Tokyo 1989-90) and the large panel “Ditelo con i fiori” appearing on the exterior wall of the Imola Hospital.

Between 1983 and 1994 they engaged with the world of design thanks to a special relationship with exhibition space Dilmosin Milan and participated  in several editions of the Abitare il Tempo art  fair in Verona and the Trienniale of Milan, in addition to the exhibitions in the former church of San Carpoforo in Milan. They also designed the “Poltrona Ercolano” for Dino Gavina.

During the 1990s their work took on a much more conceptual and radical aspect, almost to compensate for an exaggerated expressiveness and rigid perfection in execution.A t the end of the century,  with “Bosco sacro” of 1993, “Evergreen” of 1995 and “Scegli il Paradiso” of 1997, the duo reached dimensional and creative heights that had not been  achieved earlier . With the  latter work, Bertozzi & Casoni closed  the chapter of painted majolica and moved  into experiments characterised by an almost exclusive use of materials and technologies derived from industry. This was a decisive step that permits  their works to acquire  a higher level of physical presence. The pictorial virtuosities were abandoned in favour of an objective rendering of selected subjects. The preferred iconographic themes, which found substance in the broad genre of  vanitas and memento mori, underwent a fantastic transfiguration, and their formal reproduction took on an objective form that diminished the presence of the artists themselves and the conditioned perception of a particular time.

This marked an important turning point, leading to a new chapter of “contemplations of the present” where in a sort of “epic of trash”, the attraction for what is fleeting, transitory, perishable and in decay, becomes an internationally recognised icon of a human condition. Their work now attracts  the interest of art critics, museums and major Italian and international art galleries.

Their work was featured in the Italian Pavilion at the Venice Biennale in 2009 and 2011. Recent museum exhibitions include a survey at Castello Sforzesco and Museo Internazionale delle Ceramichein Faenza (2008-2009), a solo show at Fondazione Museo Pino Pascali, Polignanoa Mare, Italy (2011-2012); and Bertozzi & Casoni: Timeless at the Museum Beelden aan Zee, Den Haag, The Netherlands (2013).

Between compositional surrealism and formal hyperrealism, Bertozzi & Casoni have dedicated years to examining the refuses of contemporary society, including the  cultural and artistic, characterised by a never-ending vivifying alternation between descents into decay and revivals of survivors, overlooked beauties, abstraction and representation, impermanence and eternity, history and contemporaneity, fantastic imagination and technical precision. 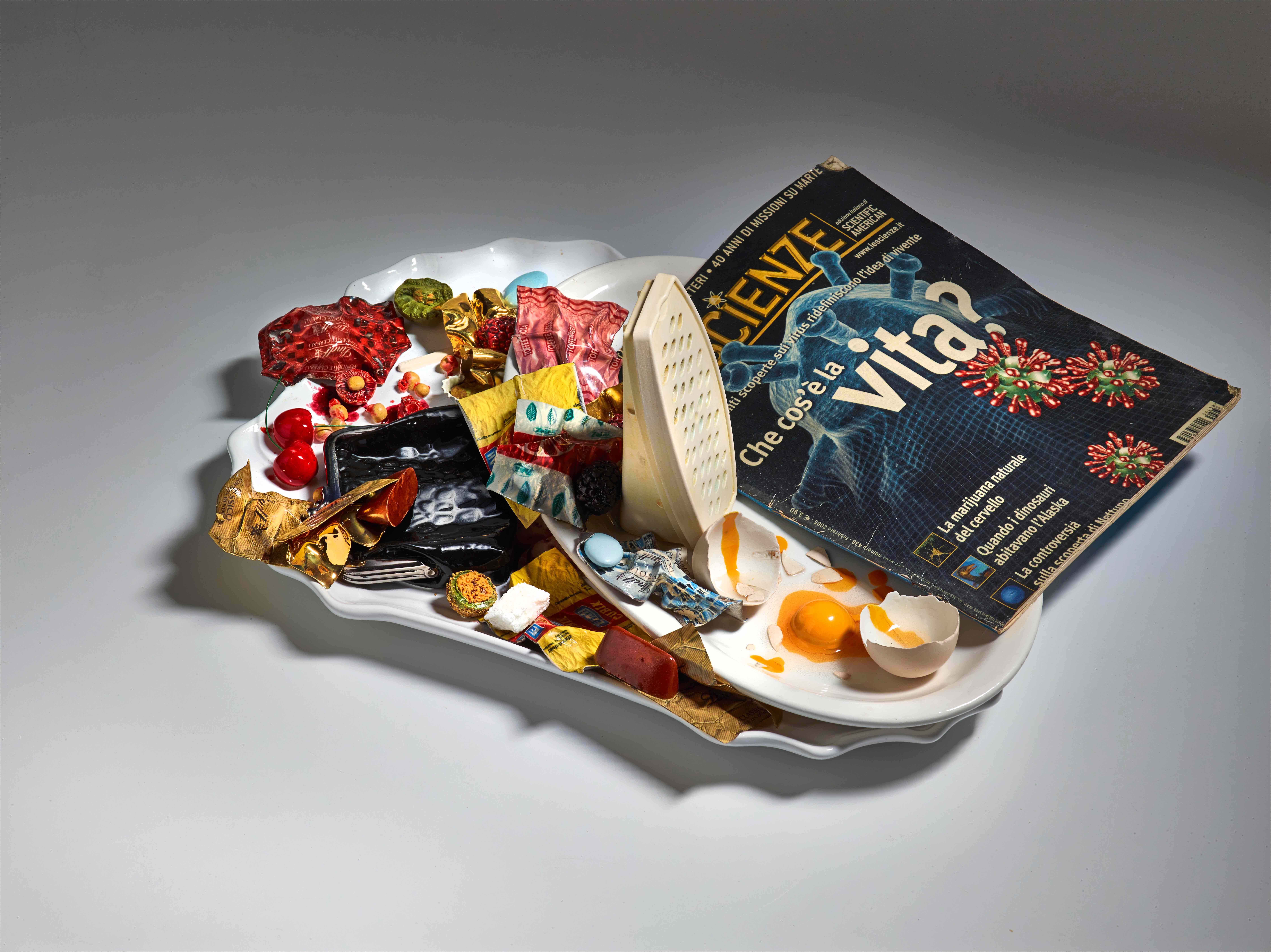 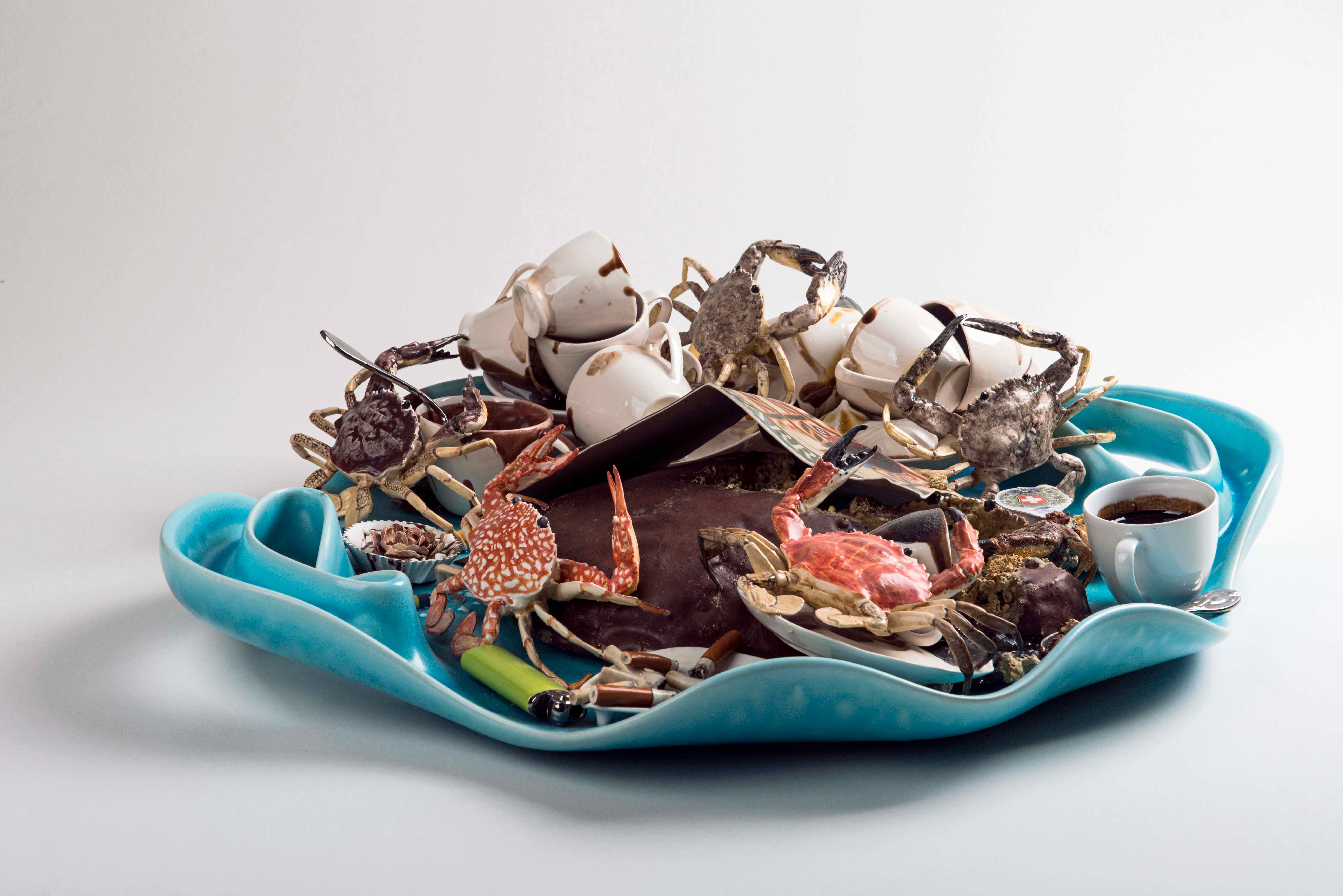 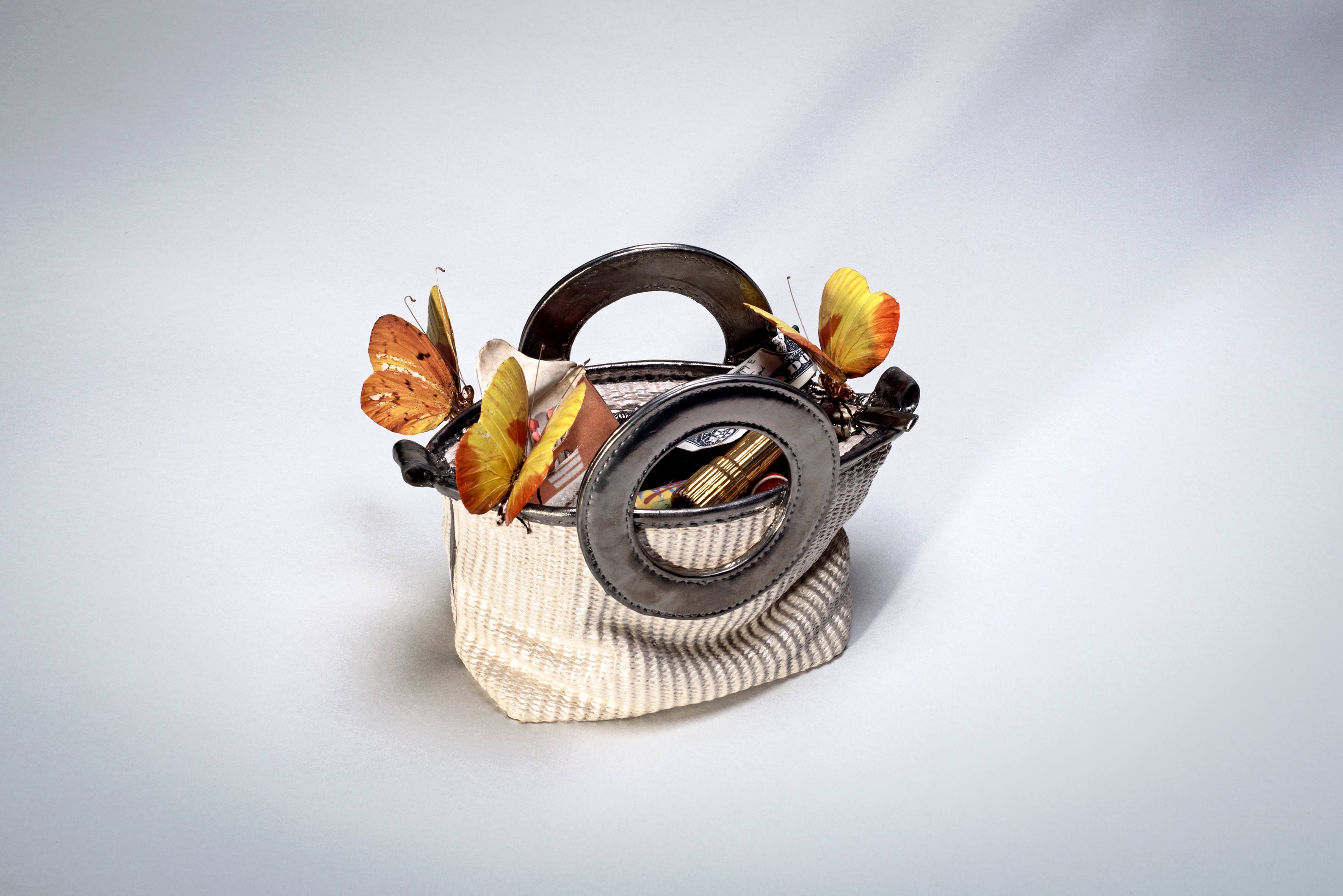 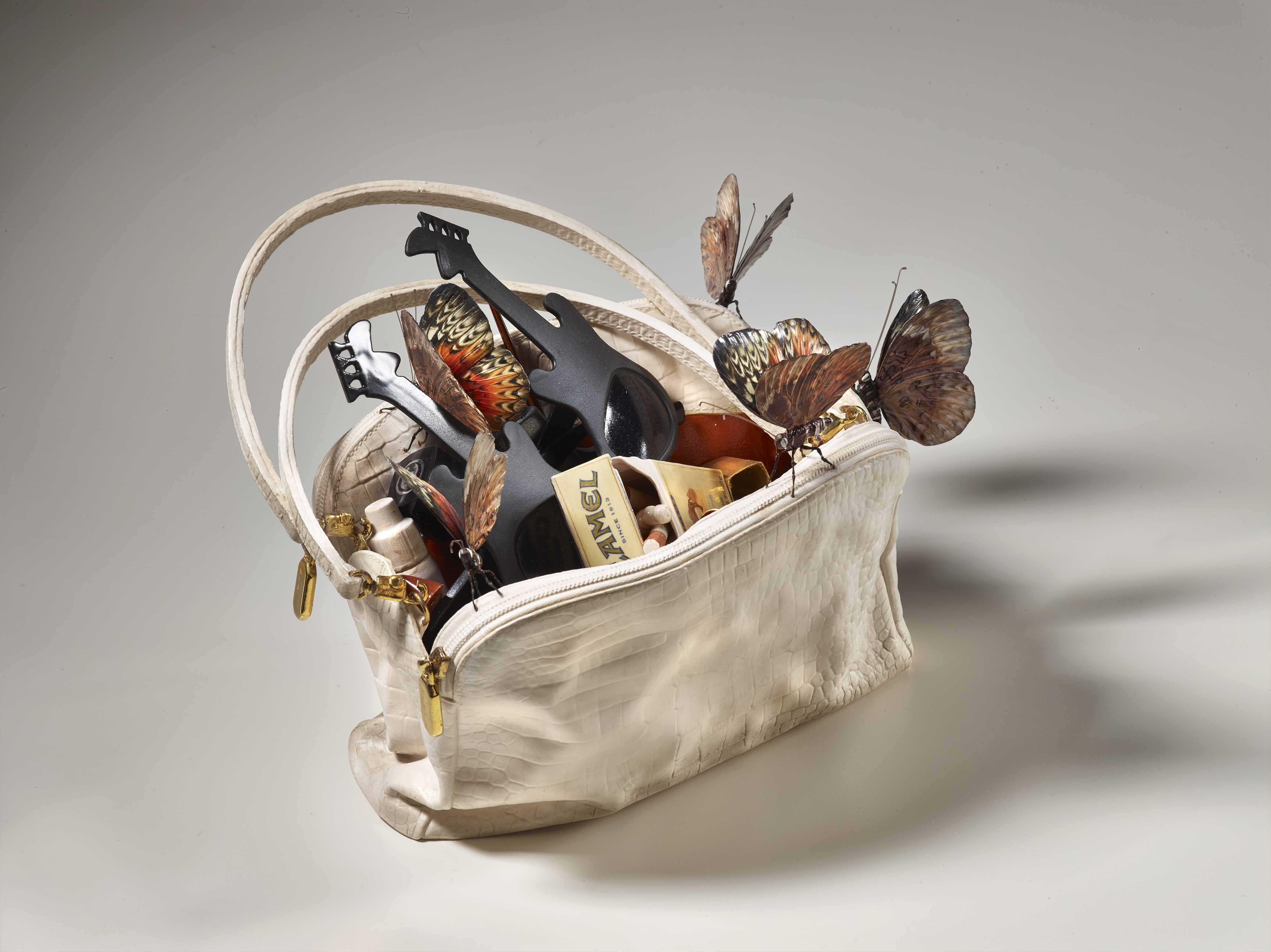 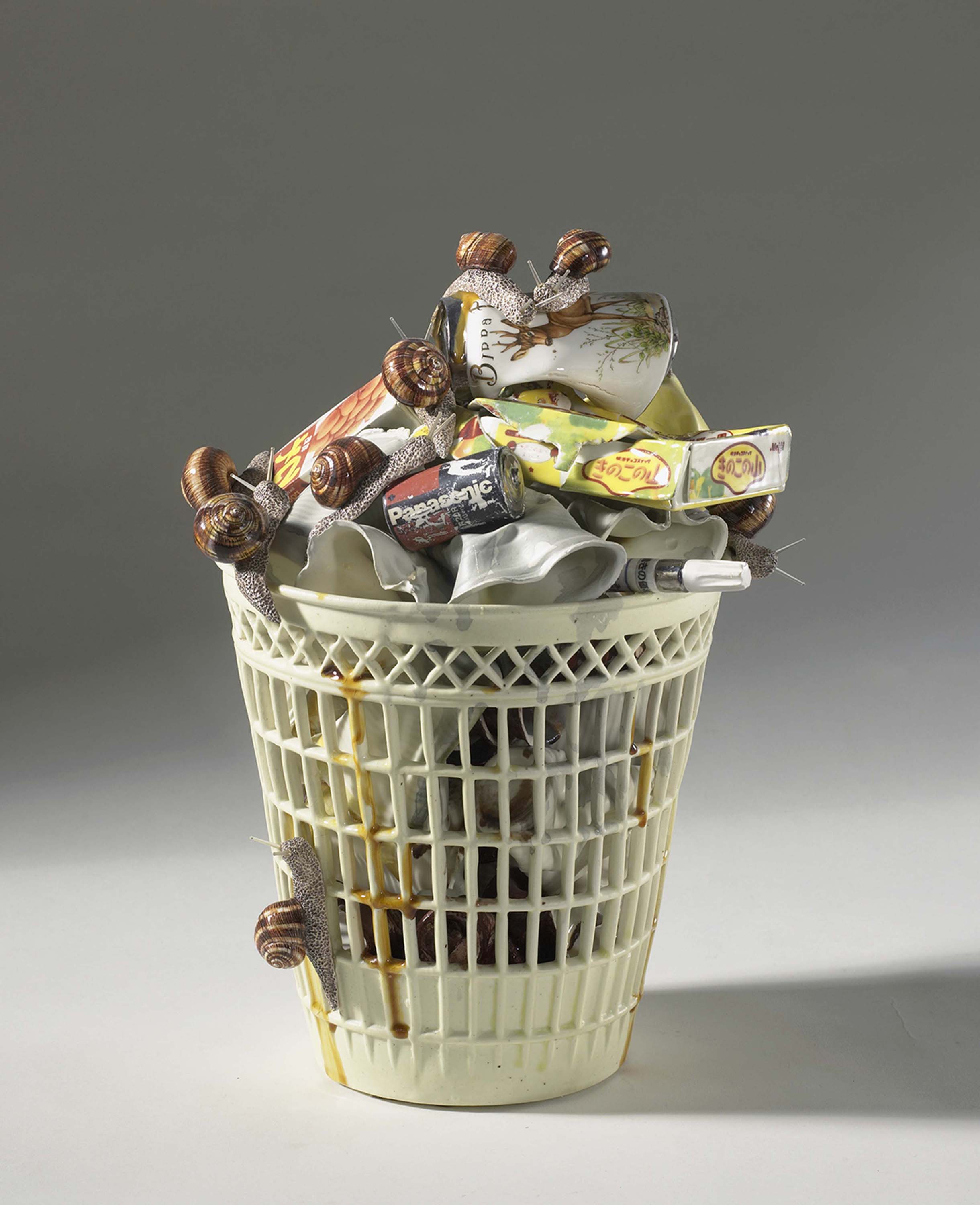 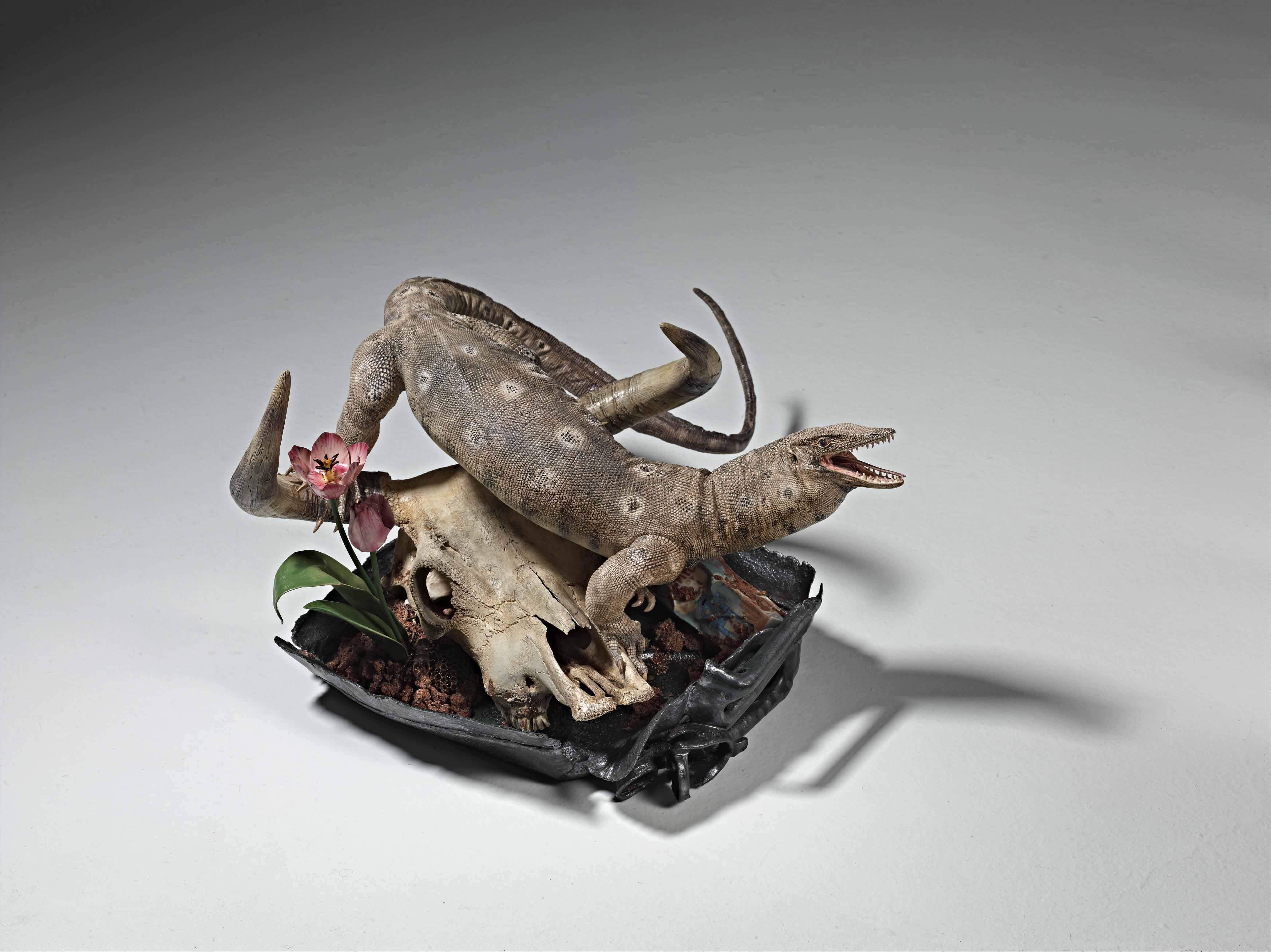 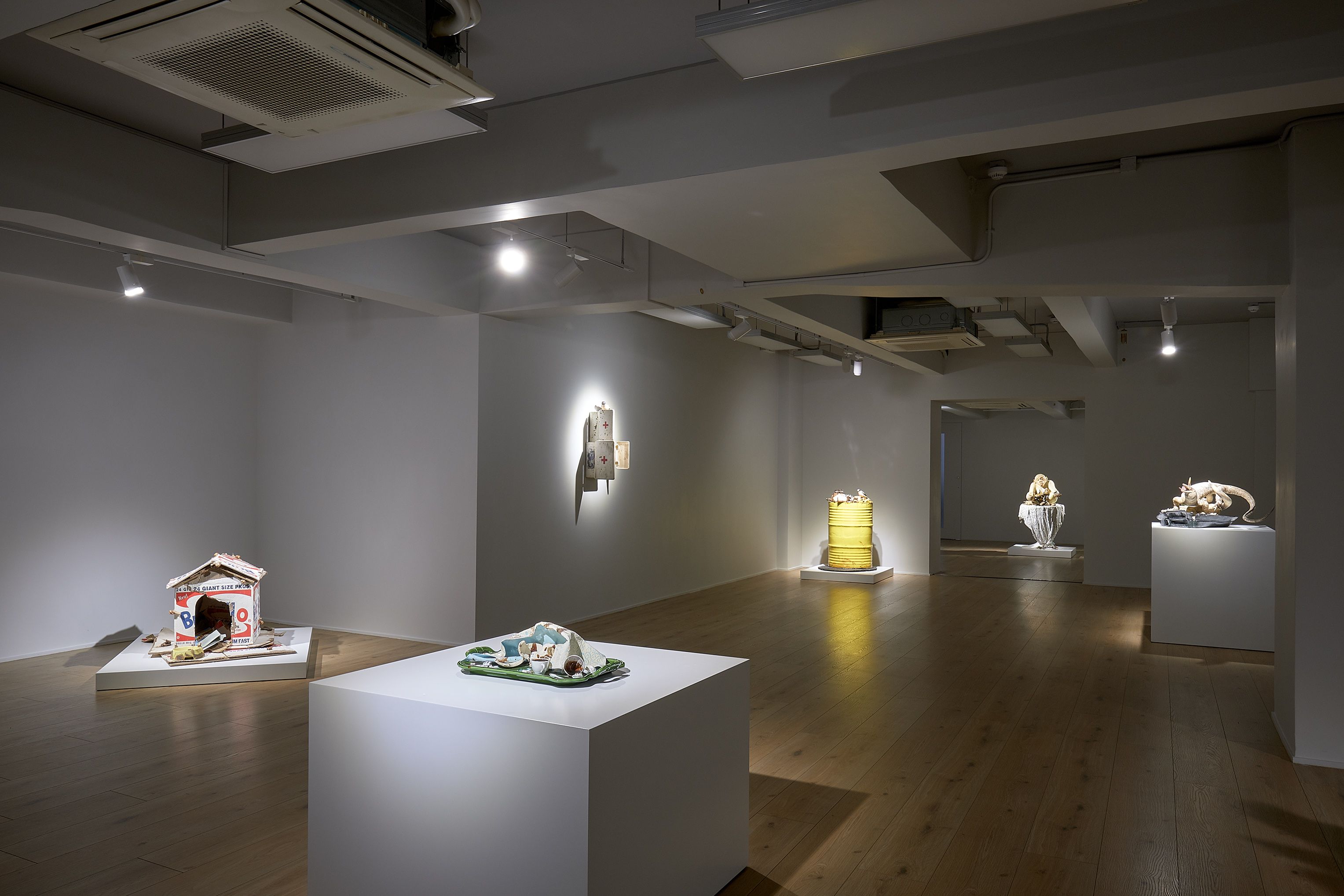