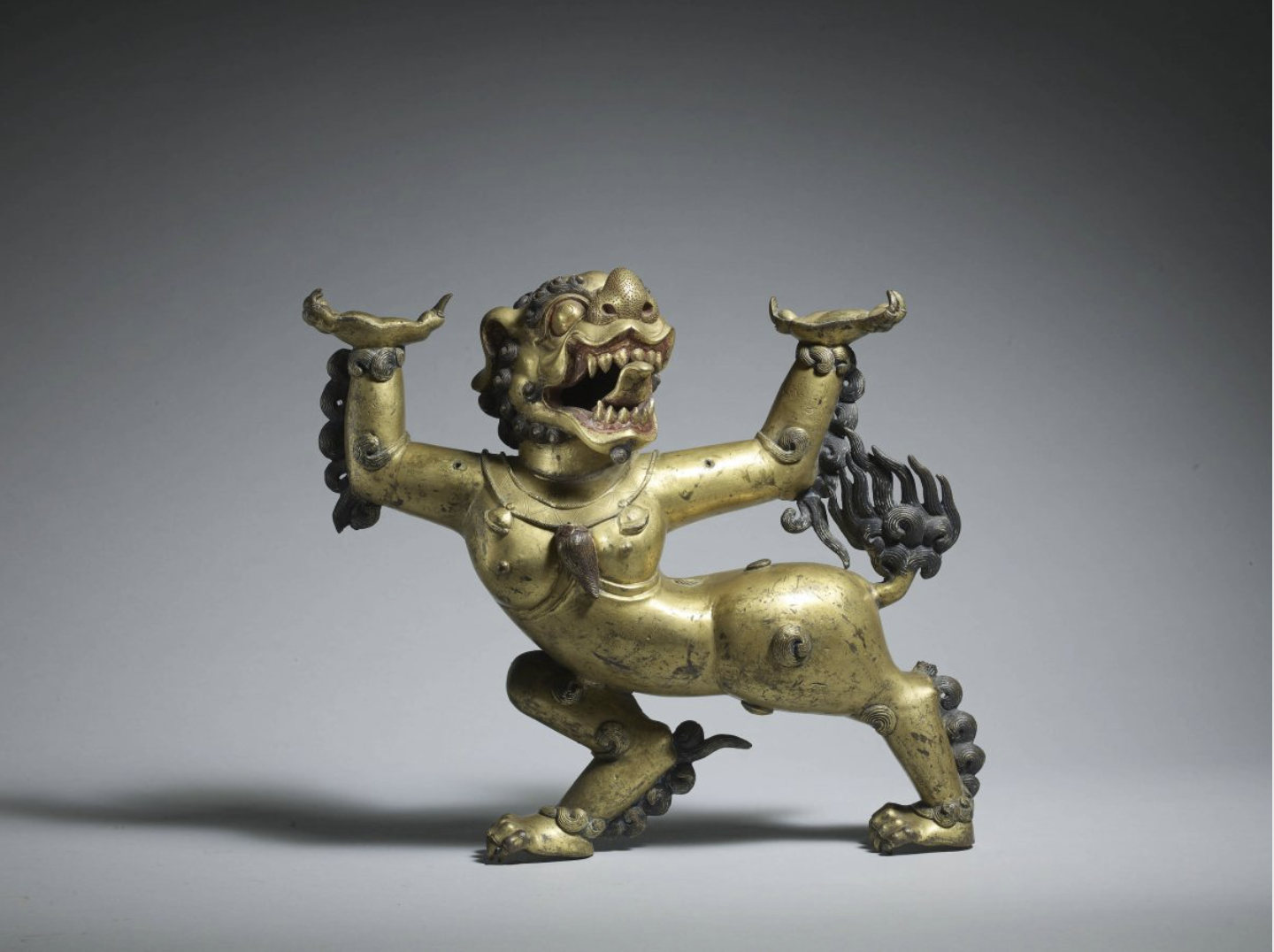 Extraordinary sculptures, bronzes and paintings from China, India, Mongolia, Nepal and Tibet are amongst the works of art on offer at Rossi & Rossi’s Stand B2 at Fine Art Asia in Hong Kong, the continent’s leading annual fine art and antiques fair. Held at the Hong Kong Convention and Exhibition Centre, the event runs from 28 September to 2 October 2018.

Rossi & Rossi is also publishing a catalogue featuring a selection of thangkas on view at the fair. Written by leading Himalayan art scholar and curator Jeff Watt, the publication features fourteen works from Tibet and China, all dating to between the seventeenth and the nineteenth century.

Highlights of the presentation include an exquisite fourteenth-century bronze sculpture of the abbot Dragpa Sherab(1310–1370)from Tibet. Seated in padmasanaon a double-lotus base with a beaded upper edge, he wears a monk’s patchwork robes, which are beautifully incised with intricate geometric and floral motifs. His right hand is held in vitarkamudra, the gesture of teaching, while his left hand grasps a miniature pecha, a wood-bound book, as a symbol of his enlightened wisdom and the transmission of knowledge. Dragpa Sherab served as the abbot of Densatil Monastery from 1362 until his death in 1370. He is identified by name in this portrait by a Sanskrit inscription on the lotus base. The bronze was likely part of a row of sculptures showing a lineage of teachers, as each master represents a link within an unbroken spiritual lineage that can be traced back to India. There is only one other known portrait of the abbot, a woodblock print dating to the first half of the fifteenth century, making this bronze an incredibly rare example of portraiture of an abbot from the famed Densatil Monastery.

Also on offer is a finely cast early-fifteenth-century Tibetan gilt bronze sculpture of the bodhisattva Maitreya. The deity sits is depicted seated on an intricately cast lion throne in pralambapadasana (the so-called ‘European’ posture) with two legs pendant, his bare feet resting on a smaller lotus cushion. This poseture is linked to depictions of royalty from the Kushan period and was later adopted by Buddhists to emphasise the spiritual sovereignty of the historical Buddha Shakyamuni Buddha and the future Buddha Maitreya Buddha. His hands are raised to his chest in dharmacakra mudra, symbolising the turning of the Wheel of the Law, while he holds two lotus stems that rise to his shoulders and issue a water bottle and a stupa, the key attributes of Maitreya. The style of this sculpture – its elegant proportions, the smooth and skilful casting of the figure’s body and the treatment of the elaborate beaded jewellery – successfully demonstrates the excellent craftsmanship of the fifteenth century in Tibet.

Rossi & Rossi is also presenting a fine collection of paintings from China and Tibet, amongst which is an eighteenth-century depiction of Vajrapanifrom China. Gold in colour, the deity is seated with hands shown in a relaxed gesture, in vague imitation of the dharmacakra mudra, while grasping the stems of two lotus flowers that blossom at his shoulder. He is identifiable by the presence of the vajra, his key attribute, which stands in the centre of the flower blossom to his right. He wears lavish jewellery and intricately patterned and multicoloured garments; a coloured halo and rainbow nimbus surround his body. Seated on a decorative throne platform, an elaborate torana(or throne back) ornamented with flowers and various mythical creatures extends to his sides and upwards, and is surmounted by an elaborate and decorative canopy. The style of the toranafollows a late Tibetan form popularised in the seventeenth century. At the top of the composition are clouds supporting heavenly musicians and offerings to the gods and goddesses. This intricate and beautifully coloured work once belonged to a set of nine paintings representing the Eight Great Bodhisattvas, along with a central figure of the Shakyamuni Buddha or the Amitabha Buddha. Delicately crafted and well preserved, the work is a fine example of the increasing popularity of Tibetan Buddhism within China during the eighteenth century.

Other highlights include an eighteenth-century Tibetan black-ground thangka painting of Vajrabhairava, an animal-featured deity with a central buffalo head (nine faces in total), thirty-four arms and sixteen legs. He is the wrathful form of Manjushri and a principal meditational deity in all three of the main Sarma schools of Tibetan Buddhism: Sakya, Kagyu and Gelug. Black-ground paintings emerged during the fourteenth and fifteenth centuries, and were reserved for wrathful deities up until the nineteenth century, when the practice was expanded to include all forms of deities and historical figures. Here, Vajrabhairava is depicted with the consort Vajra Vetali, and the couple is surrounded by the main protectors of the Gelug tradition of Tibetan Buddhism – Tsongkapa, the founder of the Gelug School; Jampal Gyatso, the 8th Dalai Lama; Lobzang Yeshe, the 2nd (5th) Panchen Lama; and Gendun Gyatso, the 2nd Dalai Lama – indicating that the painting was made for the Gelug lineage of Tibetan Buddhism.

Also from Tibet is a twelfth-century delicately painted wood Book Cover with Maitreya and the Past Buddhas. This early work shows the future Maitreya Buddha, in the guise of a bodhisattva, meditating in the centre. In his left hand, he holds a plant with a small elixir pot shown against the leaves, one of his distinctive attributes as a bodhisattva. Maitreya is surrounded by seven Buddhas and a monk, representing the Buddhas of the past, including the Shakyamuni Buddha. The Buddhas all have yellow or gold complexions, while the monk has a pink complexion, and each figure is portrayed against an aureole of a green and black scroll with a red border adorned with a stylised flame motif. The style of the figures relates the cover to eleventh- and twelfth-century thangkas. This early dating is also supported by the work’s smaller size: Tibetan manuscripts evolved over time to become larger than their Indian and Nepalese counterparts due to the import of Chinese paper, which allowed for larger sizes than traditional palm-leaf manuscripts. Indeed, due to its small size, this book cover was likely made to contain a small palm-leaf manuscript from Nepal or India.