The spectacular near-life-size painting of a lioness and two foreign emissaries records the presentation in 1483 of a gift from Sultan Ahmad of Samarkand to the court of the Chenghua Emperor. The painting is accompanied by an inscription by the Chenghua 成化 Emperor (r. 1465–87) – ‘The Imperial Rhapsody on Lions’ (Yuzhi shizi fu 御制狮子赋) – which praises the auspicious significance of the lion as a symbol of harmony and beneficent rule.

This exceptional painting boasts an illustrious provenance: its presence in Europe can be traced back to a 1922 auction at Séquestre Worch in Paris, after which it was held in two highly established collections, the Gulbenkian, and later, the Essayan collection by descent. In recent years it has been kept in a private collection in London.

It is clear from the extraordinary detail and nuanced realism of the work that it was painted from life. Despite its huge scale, the painting is masterfully executed with draughtsmanship of great fluidity and immediacy: understated layers of subtle colour and thin coats of pigment depict the creature’s plush fur. The two emissaries who accompany the lion are distinctly different in appearance and dress. The leading figure, identified by gold inscription as the chief emissary Ambassador Paluwan, has a square face with a broad nose and thick eyebrows; his beard is delicately painted with layers of wash and accented with finely drawn brushstrokes. He wears a white turban and a long blue robe, against which the scarlet tassels of the animal’s halter stand out. The second figure, the lion’s keeper, has a thinner face with a pronounced nose; he wears a pale-coloured gown with a white turban and sash.

Though the painting was previously attributed to an unknown imperial Chinese painter from the Ming court, it is now believed that the artist was a Central Asian painter from the Timurid regions, such as Herat, who was trained in the Chinese style.

This attribution is corroborated by the historical accounts of the tribute. According to The History of the Ming Dynasty, an embassy consisting of several people – following the tradition of many similar embassies from the Muslim world to China – was carrying gifts for the Chinese emperor, including two rare white lions. However, the embassy was not allowed to proceed across the border into China because the Chinese military commander thought the lions were ‘useless creatures’ that could neither be sacrificed nor used to pull carriages. It would appear that the embassy stayed at the border, during which time it commissioned an artist who could paint in the Chinese style to portray the ambassador, the keeper and one lion, Hussayni. This single painting was then delivered to the emperor, who in turn sent a court official to the border to escort the embassy and the lion to the court. That the painting was received by the emperor is documented in the semi-poetic inscription by the ruler himself that runs along the top of the painting, which is dated to the first of the lunar sixth month in the guimao 癸卯 year of the Chenghua period, corresponding to the date of 5 July 1483, and featuring the emperor’s personal seal.

Exquisitely painted trees, alive with birds, form the background that partially frames the scene. Both trees and birds are highly symbolic, and were incorporated more for their fantastical associations than to provide a realistic setting. The huai 槐, or locust tree, is commonly found in palace gardens, and is perhaps suggestive of the location of the offering. Behind the locust tree is a peach tree – its ripe, subtly shaded fruit symbolic of prosperity and longevity. The songbirds that cluster in the branches include a pair of orioles and a pair of magpies, both of which are also auspicious symbols. This favourable setting was likely chosen to equate the tribute with good omens and to encourage the emperor to accept the gift.

Definitively dated and marvellously preserved, this impressive painting is remarkable for its depiction of real people and a specific event well recorded in the Ming histories. The work is also a testament to the cultural exchanges that occurred between Central Asia and China during the 15th century. 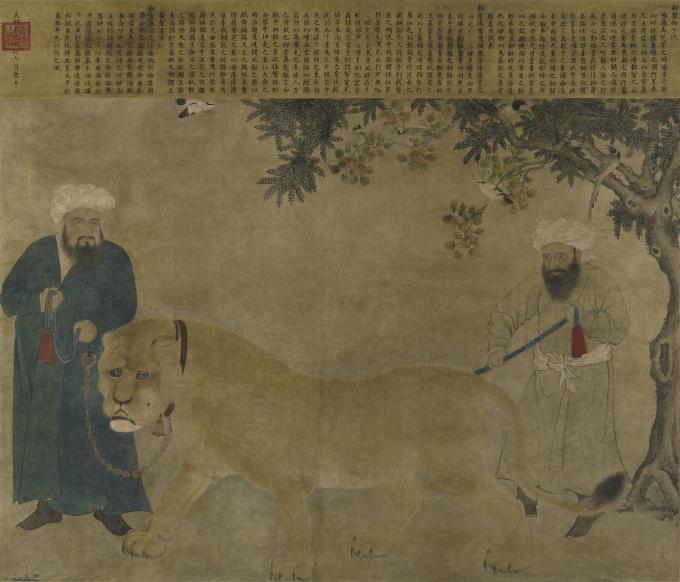 The Lioness
With an imperial inscription by the Chenghua Emperor on silk, which dates the work to the first of the lunar sixth month in the guimao (corresponding to the date of 5 July 1483), and one imperial seal that reads 'Treasures from Vast Territories' (guangyun zhibao 廣運之寶)
Central Asia
Ink and pigment on paper
242 x 287 cm (95 ¼ x 113 in) 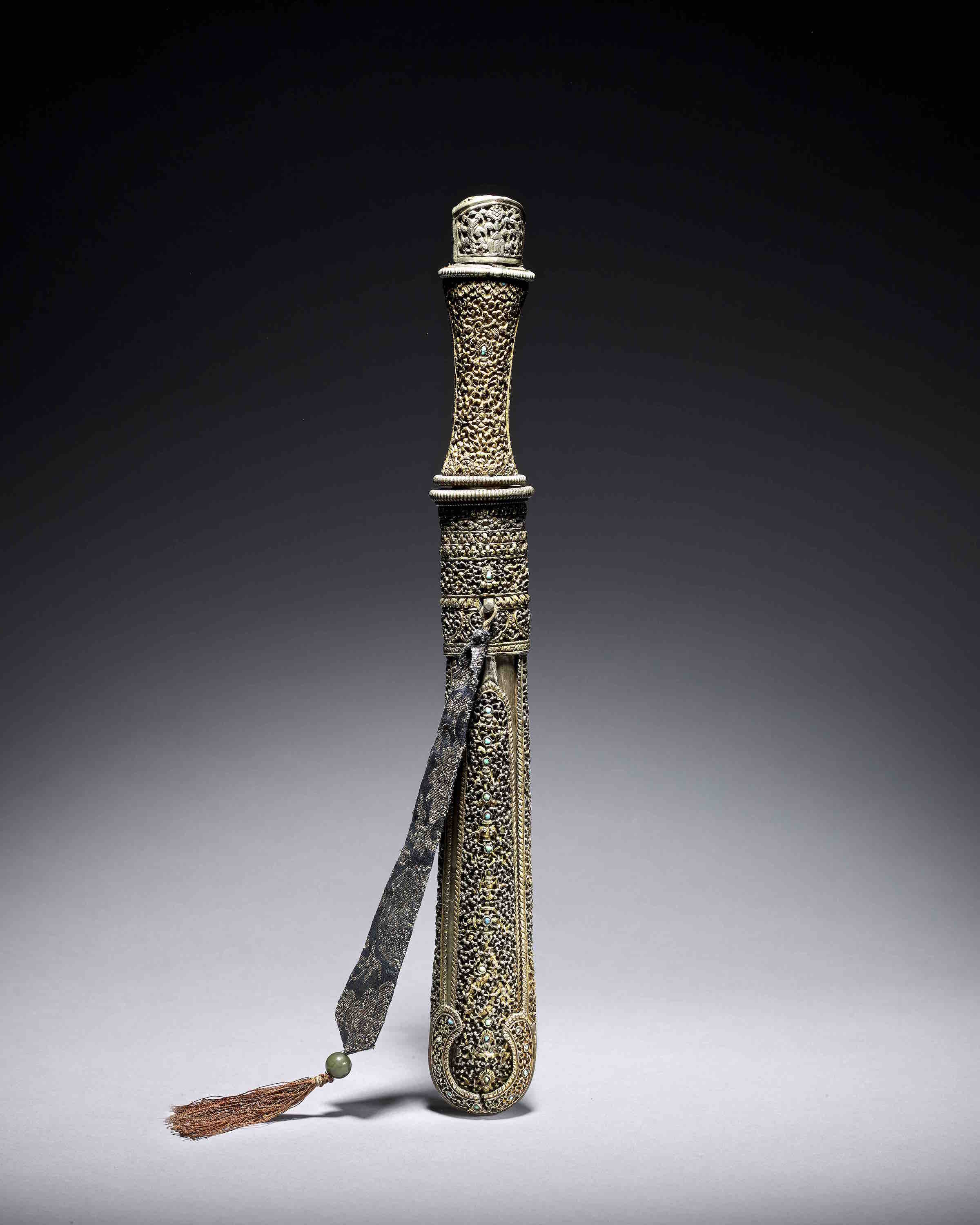 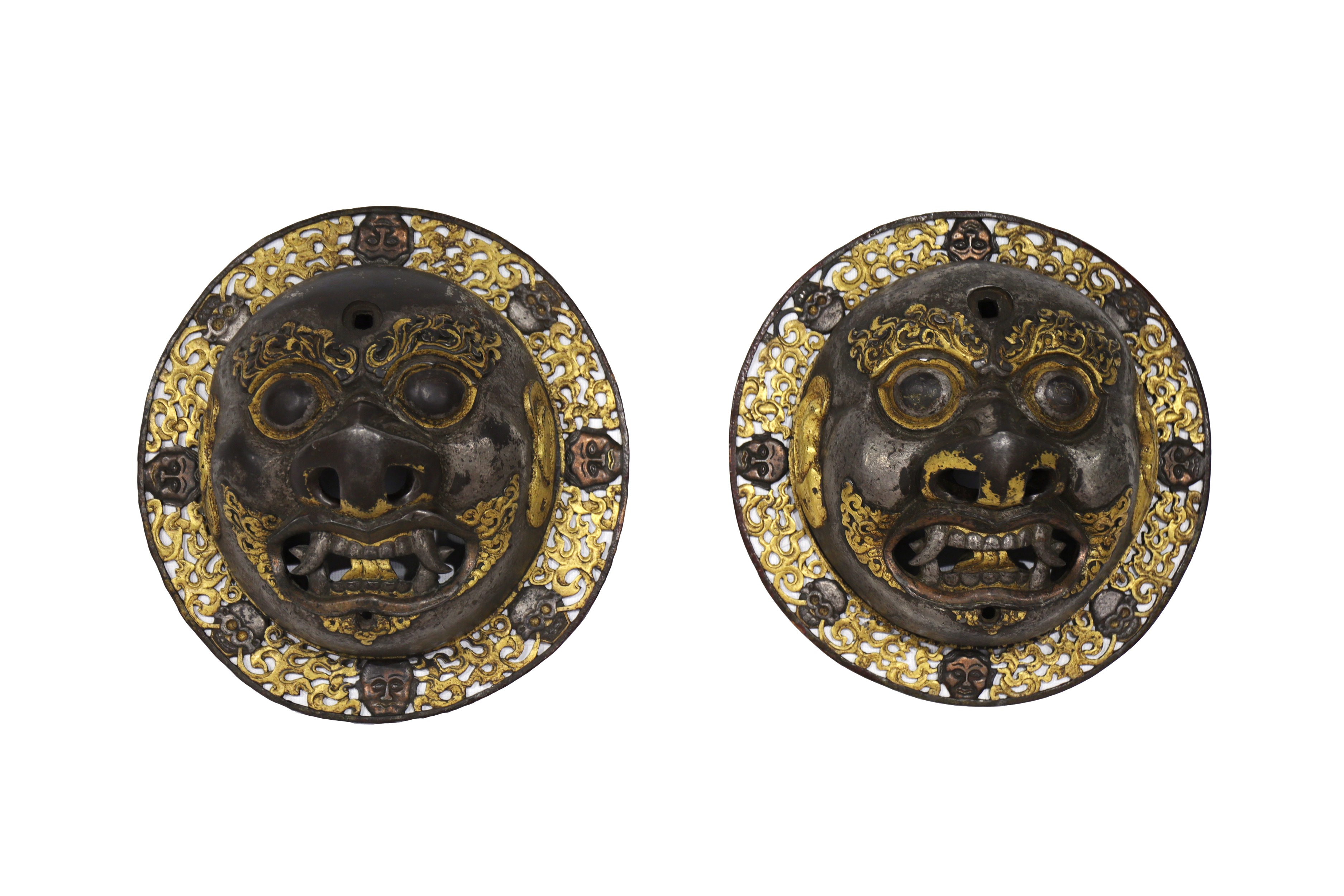