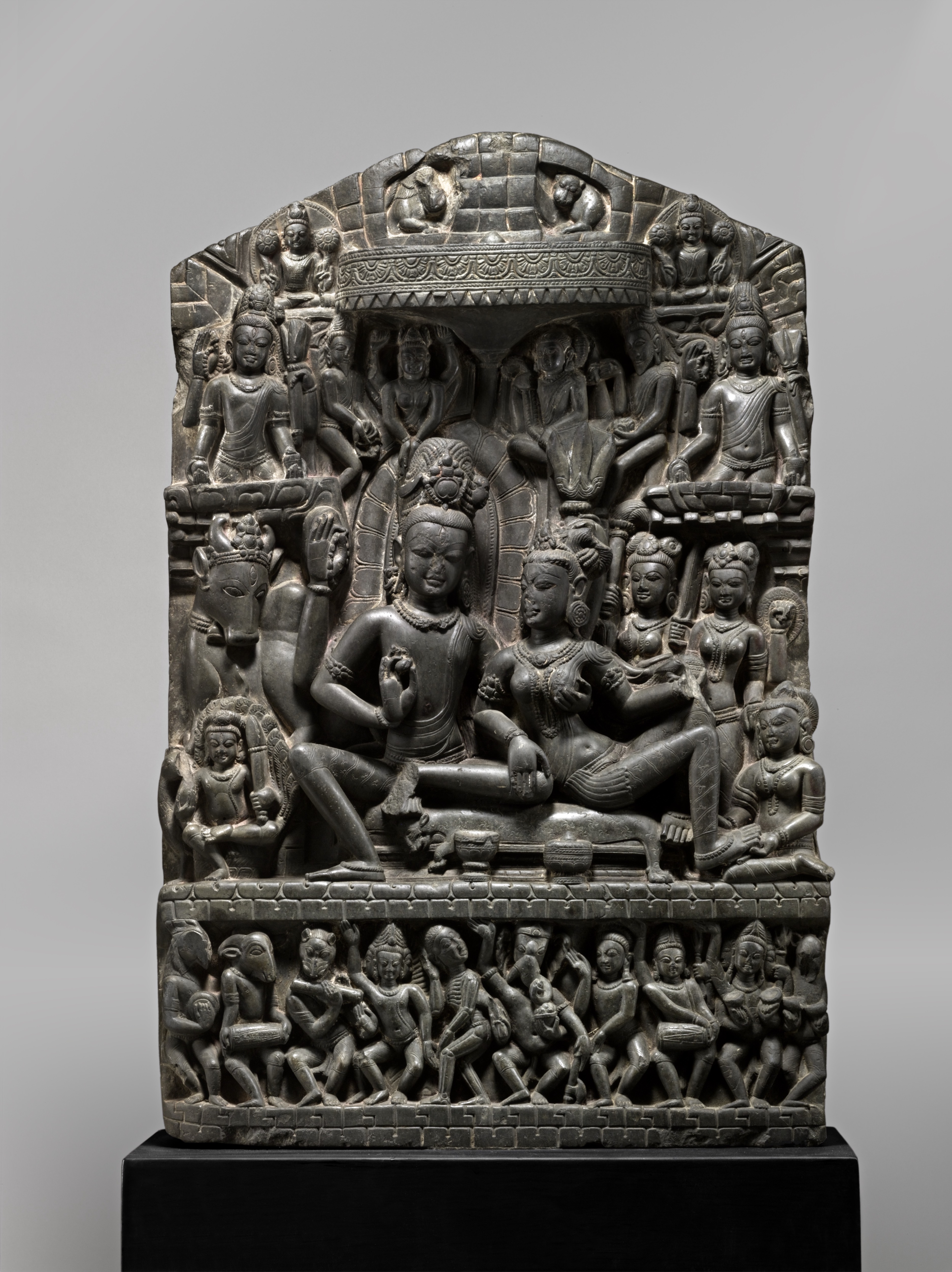 This charming sculpture depicts Shiva and his consort, Parvati, seated in loving embrace on Mount Kailash.   Surrounded by a host of family and consorts, the couple gazes tenderly at one another in a display of amorous affection.  The position of their bodies upon a tiger-skin covered throne, Parvati leaning on Shiva’s leg and Shiva encircling Parvati with his arm, further attests to their intimate connection.  Shiva displays a trident and rosary in two of his outstretched hands, while the remaining one is held at his chest, bearing a spherical lotus bud.  On Shiva’s left, his mount, Nandi, is carved just above an image of Kumara, his son.  A group of three female figures attends to the comforts of Parvati on the right.  In the upper section of the relief, two trident-bearing divinities stand guard from rocky balconies carved on either side of the central couple.  Between these, a group of ascetics turns inward towards Ganga, the river goddess, who sits frontal with her hands grasping the thickly matted locks of Shiva’s hair.  As a symbol of their supremacy, the central couple is covered by a parasol from above.  Surya and Chandra, representing the sun and moon, have been included on either side of the parasol.  Finally, in the lower section, a delightful group including elephant-headed Ganesha, skeletal Bhringi, and Virabhadra (a gana favored by Parvati), performs for the royal family.  Animal-headed boys and musicians play instruments as accompaniment for the lively dance of their counterparts.