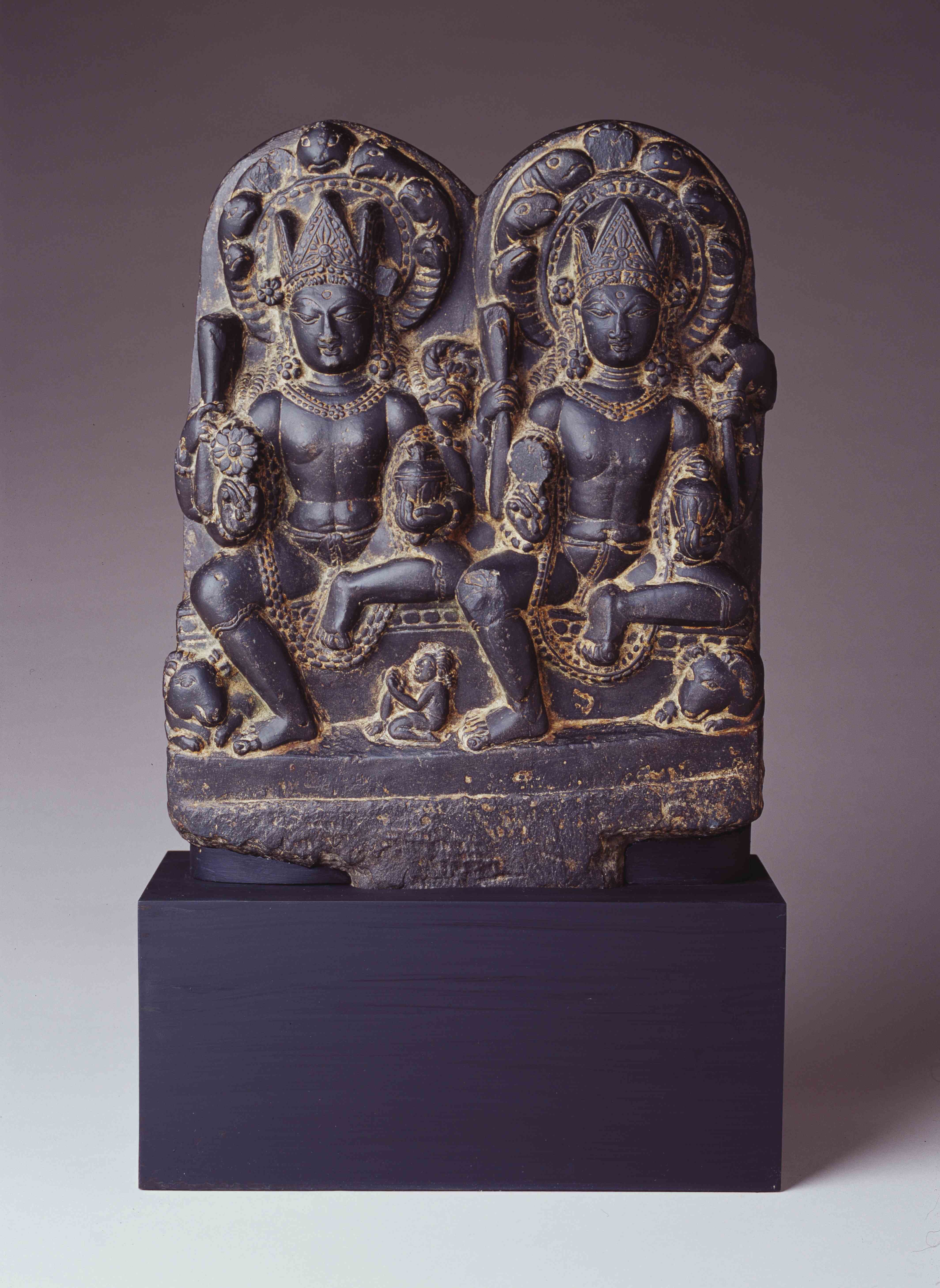 Naga is the Sanskrit and Pali word for a deity often taking the form of a very large snake, a female naga is a nagi or nagini.

The subject of this stone carving, depicting two male naga, is uncommon; usually a naga is associated with a nagini.

The two naga are carrying the same four objects, three of which can be identified: a full-bloom lotus, a pot with cover and a staff. Both naga have a seven snake-headed halo.

The wild-looking hairy figure kneeling at the centre of the base represents a sadhu, an ascetic, wandering monk, dedicated to achieving liberation through meditation and contemplation.

In many area of ancient India a popular cult of naga worship was strongly established from early times and was later absorbed into the framework of Buddhist and Brahmanical belief. The purana enumerates a population of more than six hundred individually named naga who inhabit holy springs, pools and lakes and are presided over by Nila, Lord of the naga, whose instructions on the rites to be observed in the worship of an exhaustive list of deities form a large part of the text. Naga were often depicted in art in anthropomorphic form distinguished by a serpent canopy growing from the shoulders.