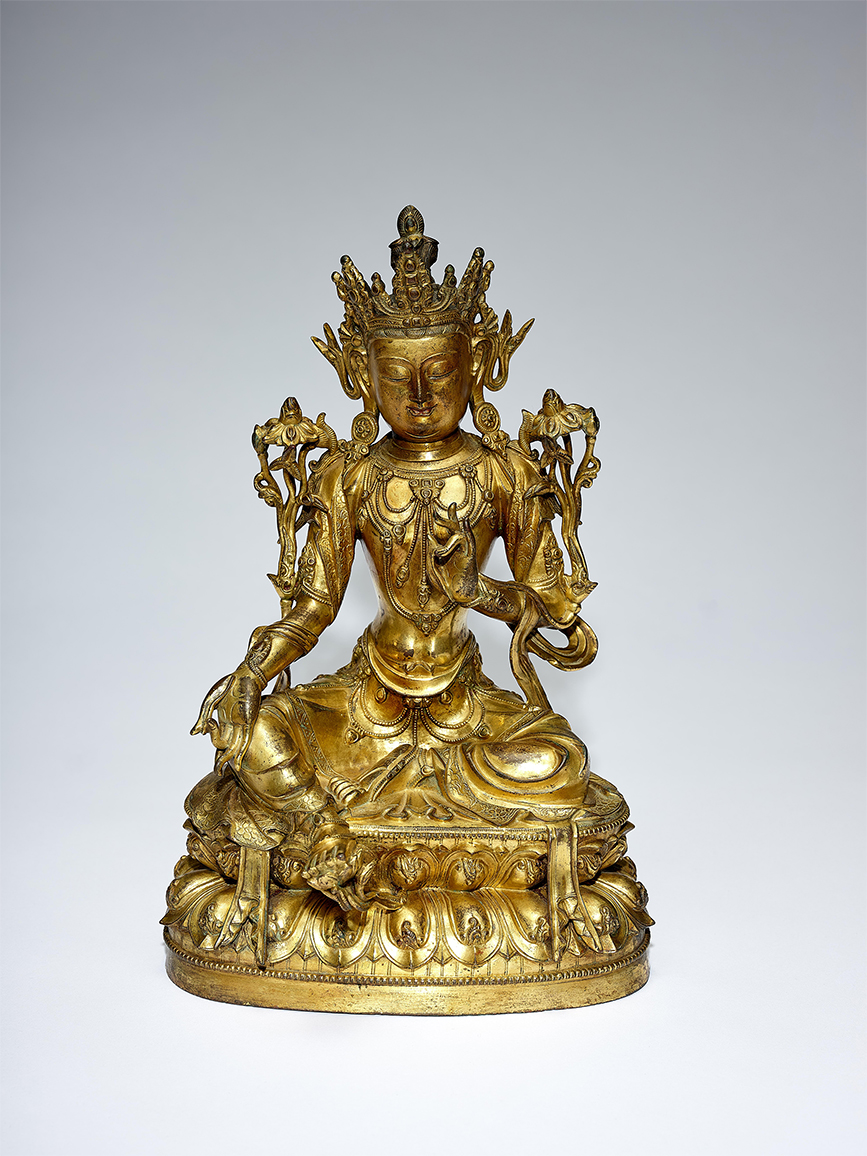 Green Tara (Syamatara) is represented with a benevolent expression, seated in lalitasana on a double lotus pedestal with her right leg pendant and her foot supported by a small lotus. Her left hand is in vitarka mudra (argument), her right outstretched in varada mudra (charity) and in eachhand she holds the stem of a blue lotus (utpala). Her chest and waist are garlanded with strands of beads, and the border of her full skirt is adorned with an incised lotus scroll. A scarf snakes from her shoulders around both arms and beneath her knees, to drape down symmetrically at the front of the lotus pedestal.

There are various tales relating to the origin of Tara, but one of the more common is that she appeared on a lotus flower on a lake formed byt the tears of the bodhisattva of compassion, Avalokitesvara. Her Sanskrit name comes from tar, meaning “to cross”, signifying her role in helping to cross the ocean of existence, and she is also known as the “mother of all Buddhas and Bodhisattvas”. The two wives of the Tibetan King, Srong-Tsan-Sgam-Po, one a Nepalese princess, the other Chinese, were believed to be incarnations of Tara, and this gave rise to the two distinct forms: White  Tara and Green Tara.