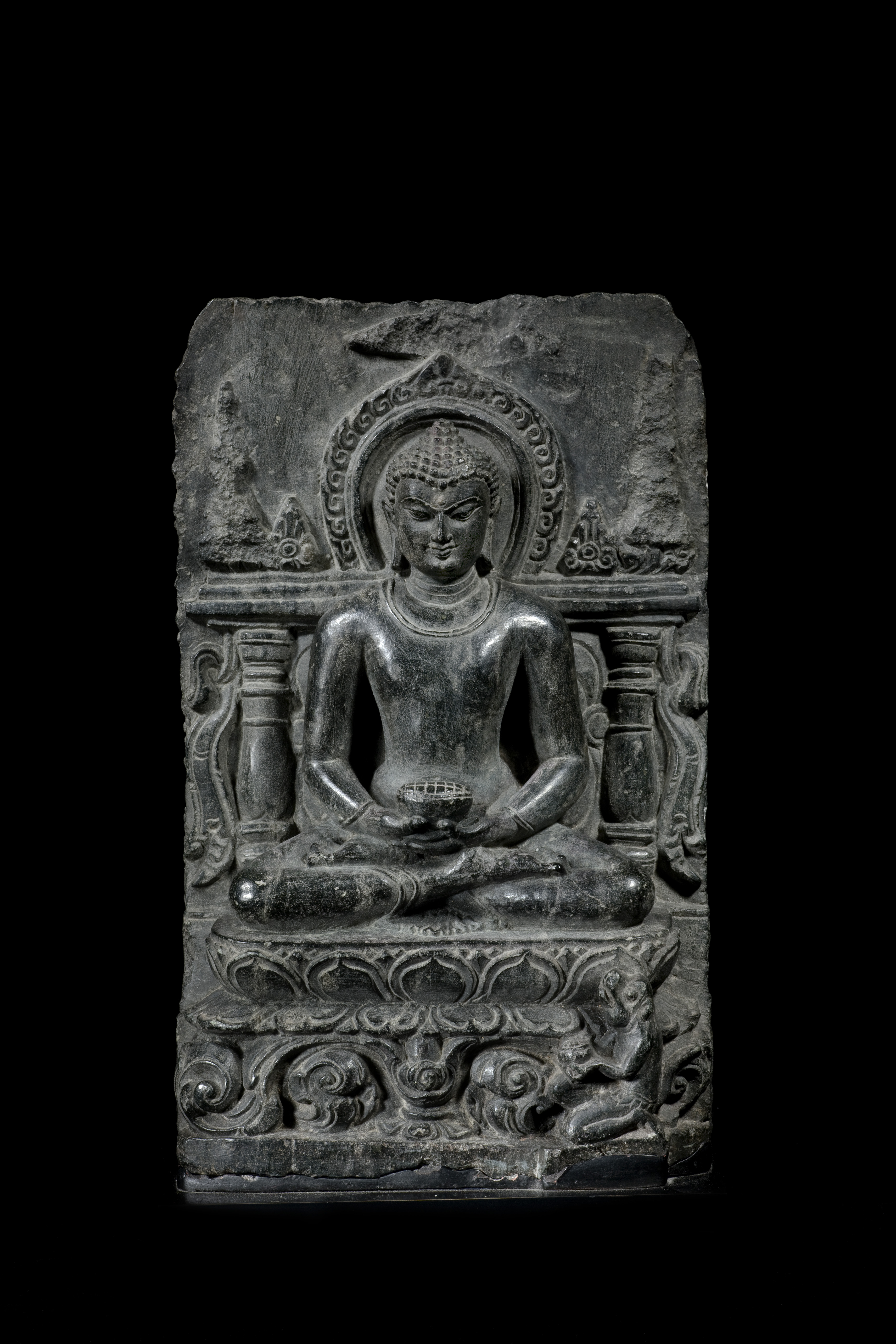 This finely carved black stone stele depicts one of the eight events from the ashta-maha-pratiharya cycle, the eight great events of the life of the Buddha. The Buddha is shown seated in padmasana on a double lotus pedestal with both hands resting on top of his legs in dhyana mudra, grasping a begging bowl. A small monkey is depicted making an offering to the Buddha, referencing an offering of a honeycomb made by a monkey to Siddhartha. This meritous act lead to the monkey being reborn as a human allowing him to eventually reach enlightenment. Pala dynasty depictions of the ashta-maha-pratiharya cycle are not uncommon, however the eight events are usually represented together on one stele. It is possible that this was once part of a large representation of the eight great events.