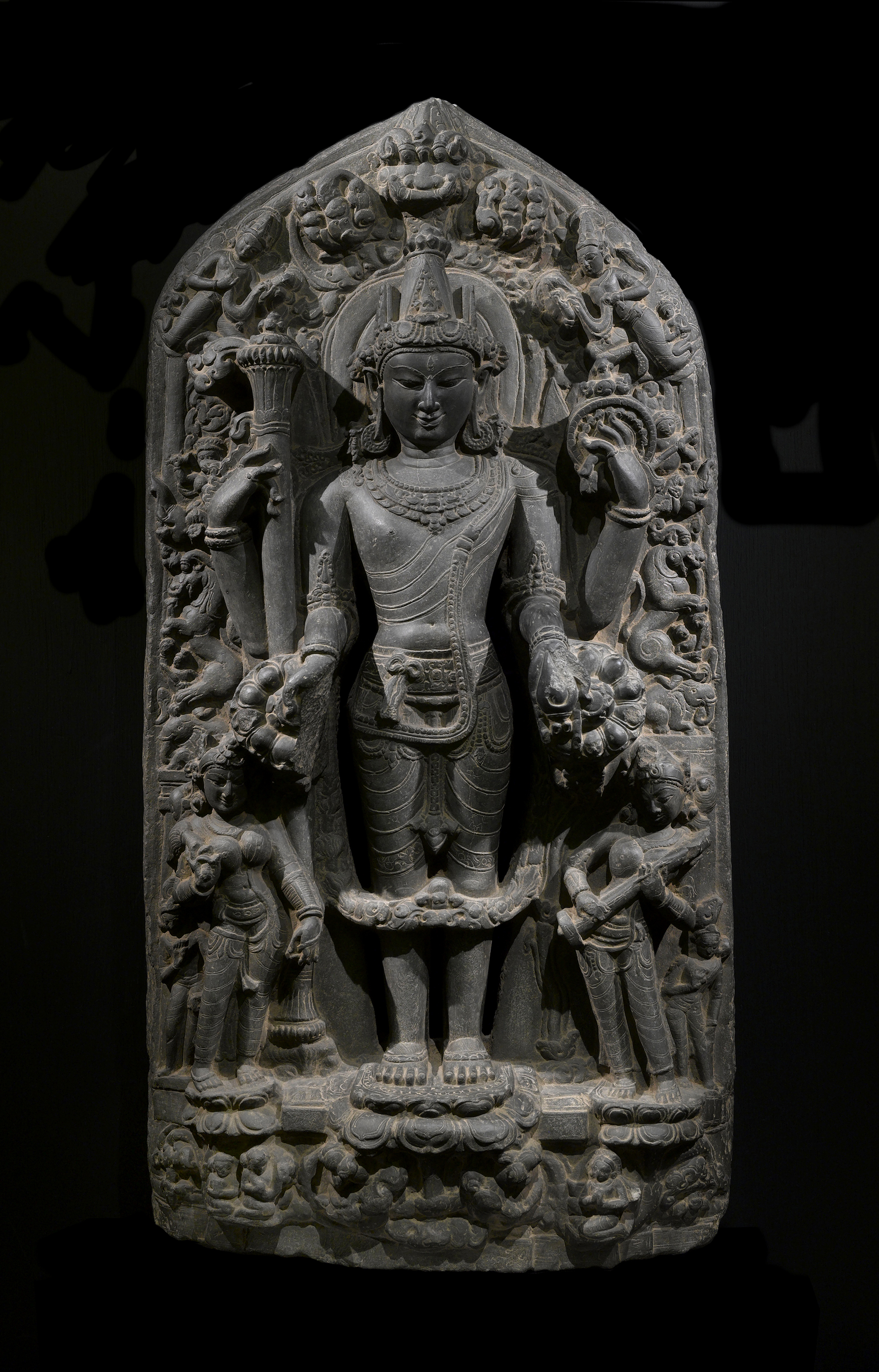 Art from the later Pala period is characterised as more complex and baroque in style than pieces from the earlier part of the dynasty, which flourished between the eighth and twelfth centuries. Their skilled ateliers produced richly detailed steles, often carved in high relief, from hard, black local stone. These qualities are evident in this stele, where the four-armed iconic form of Vishnu is shown standing in samapada on a lotus base atop a pedestal, positioned in front of worshippers. The most popular Hindu deity depicted in sculpture during the late Pala period, Vishnu is most frequently shown in this stance and setting. The stone has been cut away behind the figure to separate the deity from the crowded background. He holds a gada (mace) in his upper right hand, and a cakra (disc), the symbol of absolute completeness, in his upper left. His lower hands rest on lotus flowers in full bloom, and in his lower left hand, he holds a conch. Donning a three-pronged, tall crown, the deity is adorned with elaborate jewellery and a vanamala (long floral garland) reaching his knees. Vishnu is flanked by his consorts: on his right is Lakshmi holding a flywhisk, and on his left, Sarasvati playing her vina. The figures are backed by an aureole with rampant leogryphs and apsaras surmounted by a kirtimukha.