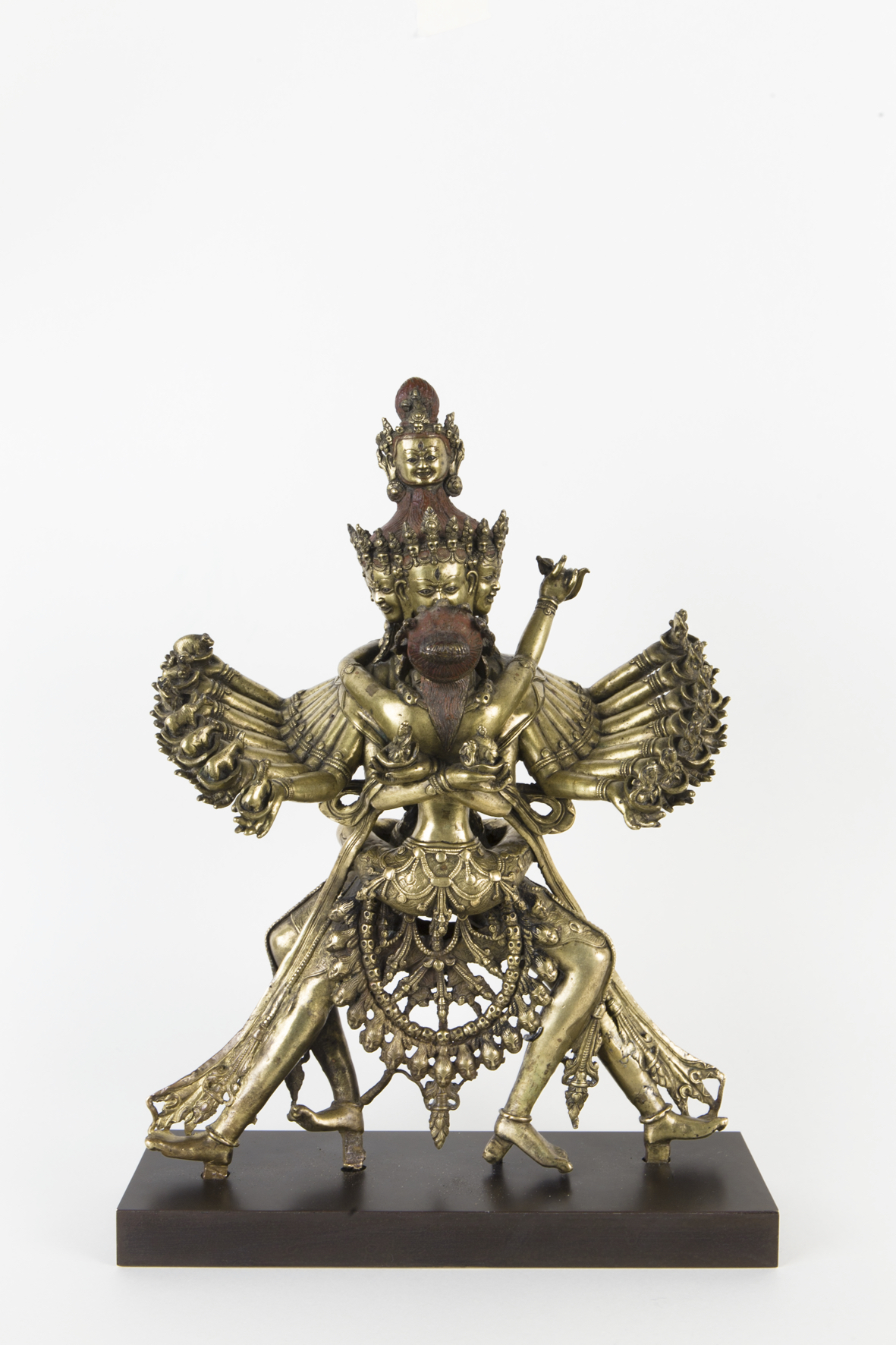 Hevajra is shown here with his consort Nairatmya in the Kapaladhara manifestation of the deity–with eight heads, sixteen arms and four legs. Hevajra embraces Nairatmya as they stride in alidhasana, his principal hands are crossed behind her back in pajnalinganabhinaya mudra holding kalpas, or skullcups, containing an elephant and a seated monk in prayer. His remaining hands hold kalpas containing effigies of animals in their right hands, and monks in their left hands. Nairatma holds a kartika, a chopper, and kalpa in her right and left hands respectively.