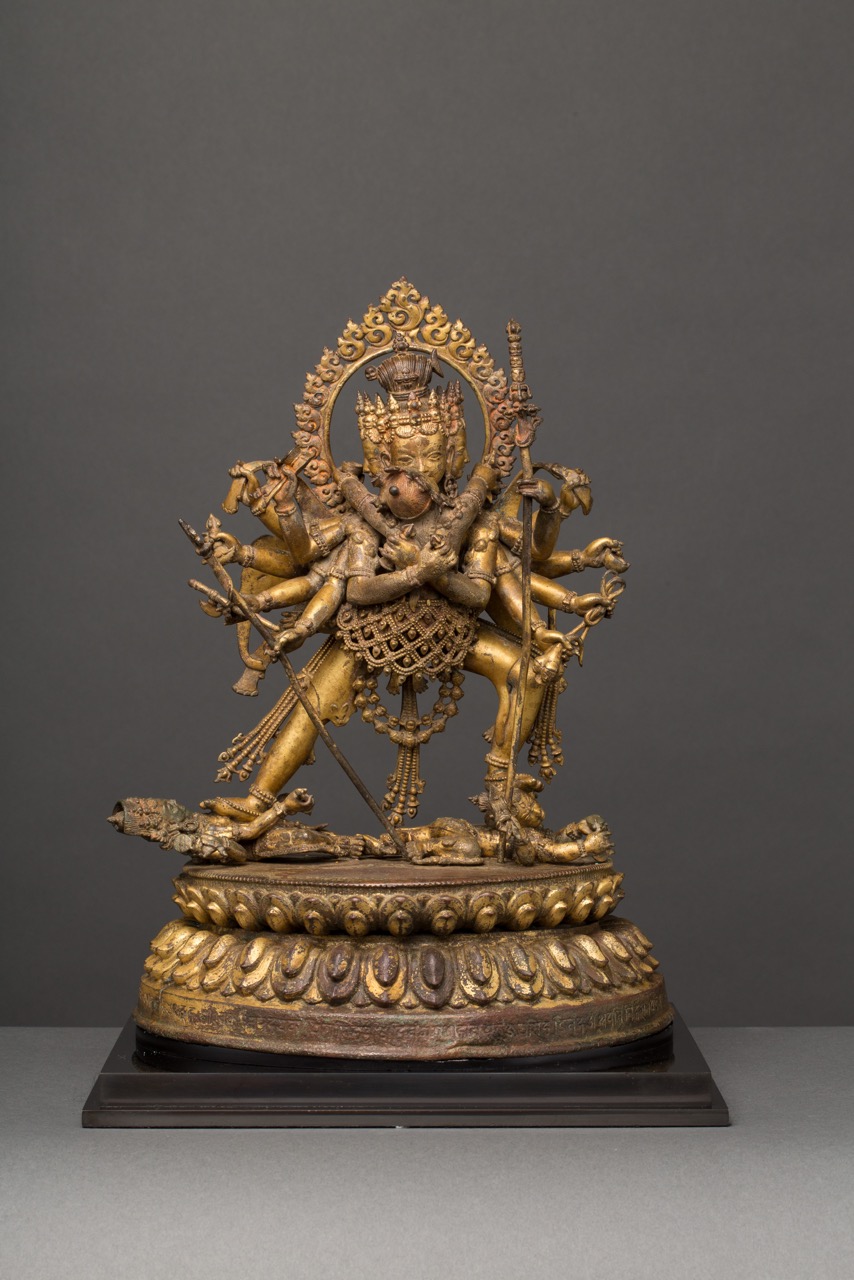 This elaborate sculpture depicts Chakrasamvara embracing his consort Vajravarah in yab yum, symbolising the union of Wisdom and Compassion in tantric Buddhist belief.i. Chakrasamvara is one of the most popular deities in Tantric Buddhism in the Himalayan regions after the 11th century. Chakrasamvara’s stands in the dynamic posture of alidhasana on the crushed figures of the Hindu deities Kalaratri and Bhairava, symbolising the defeat of the enemies of Buddhist doctrine . His twelve arms hold various ritual implements including a ghanta, damaru, kartrika, pasha and khatvanga, while stretching an elephant skin behind him. Vajravarahi, with her legs wrapped around his waist, holds a kapala in her left hand and a kartrika in her right. A flaming aureola surrounds the head of Chakrasamvara. Chakrasamvara and Vajravarhi wear the tantric adornments of the six bone ornaments representing the six paramitas or perfections and also represent the Five Dhyani Buddhas. The meticulously depicted ornaments include: the crown, symboising dhyana or concentration and the Buddha Akshobhya; the earrings symbolising patience and the Buddha Amitabha; the necklace symbolizes generoisity and the Buddha Ratnasambhava; the armlets and anklets symbolising discipline and the Buddha Vairocana; the girdle and apron symbolising exertion and the Buddha Amoghasiddhi; the crisscrossed torso ornament that symbolizes wisdom and the Buddha Vajradhara. Chakrasamvara also wears a garland of severed heads.

An inscription runs along the base of the double lotus platform, dating the piece to 1691.