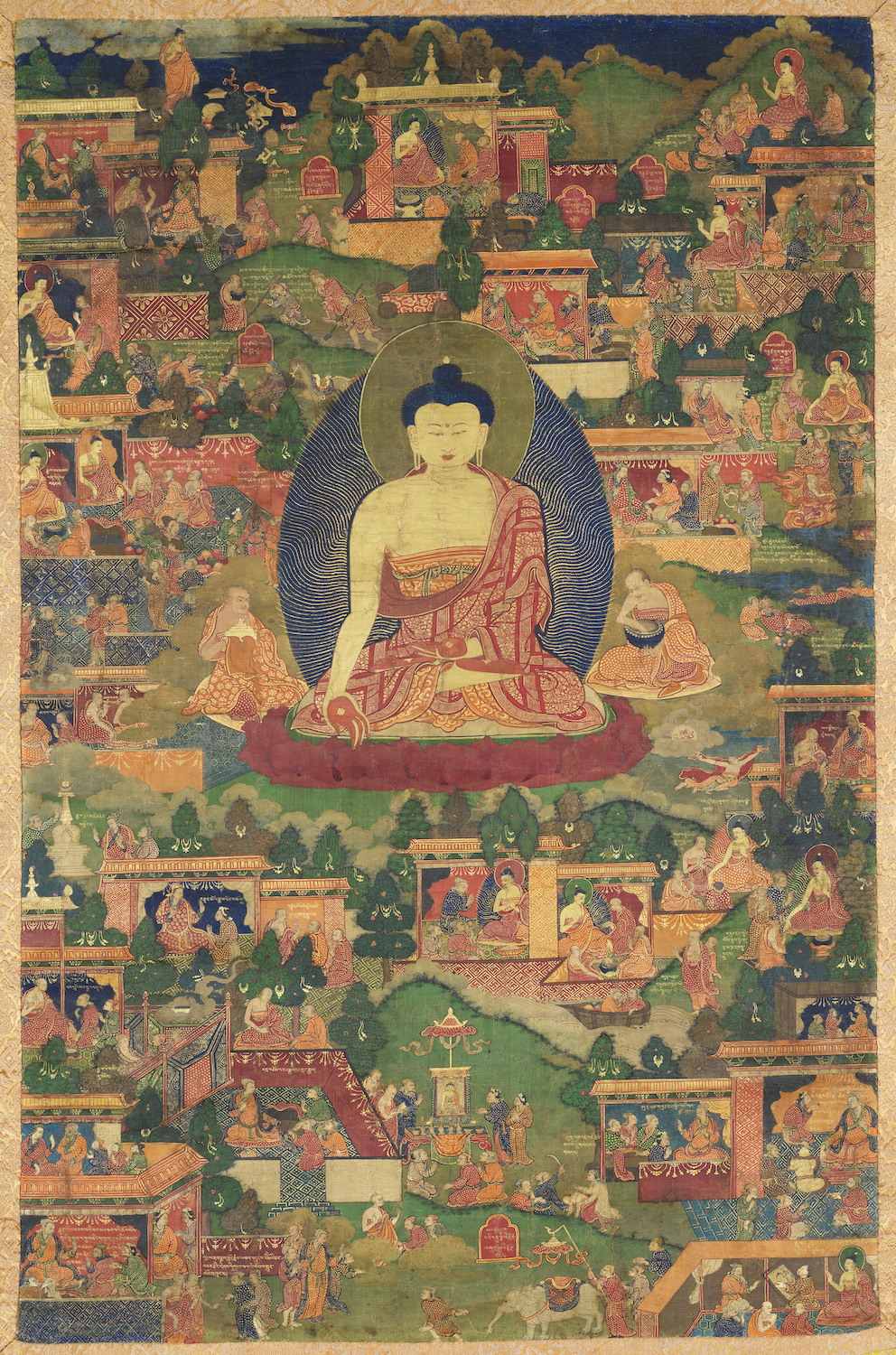 Shakyamuni Buddha surrounded by the Avadana stories #41-46. From a set of more than twenty-three paintings containing the one hundred and eight stories.

The one hundred stories are based on the Leaves of the Heaven Tree a text composed by the Kashmiri poet Kshemendra (11th century). That text in turn is based on the Avadana stories from the Buddhist Pali canon of authoritative Buddhist scripture.

The stories are identified by a cartouche, red in colour, in the shape of a tombstone. Each cartouche gives the story number along with the first few words of the stories title written in Tibetan script. Other inscriptions written against a red background can be seen in the composition but they are not in the shape of the cartouche nor do they have a story number.

(41) The Conversion of King Udrayana.

(42) The Results of Pandita's Generosity.

(43) The Pure Conduct of King Kanakavarna, top right, a story about giving culminating in a rain shower of jewels upon the entire kingdom.

(44) Hiranyapani's Hands of Gold, a story about actions in a previous birth.

(45) Ajatashatru's Treachery, the evil deeds of a king and the consequences.

(46) Kritajna Discovers the Power of Truth, previous life stories of the Buddha and Devadatta.