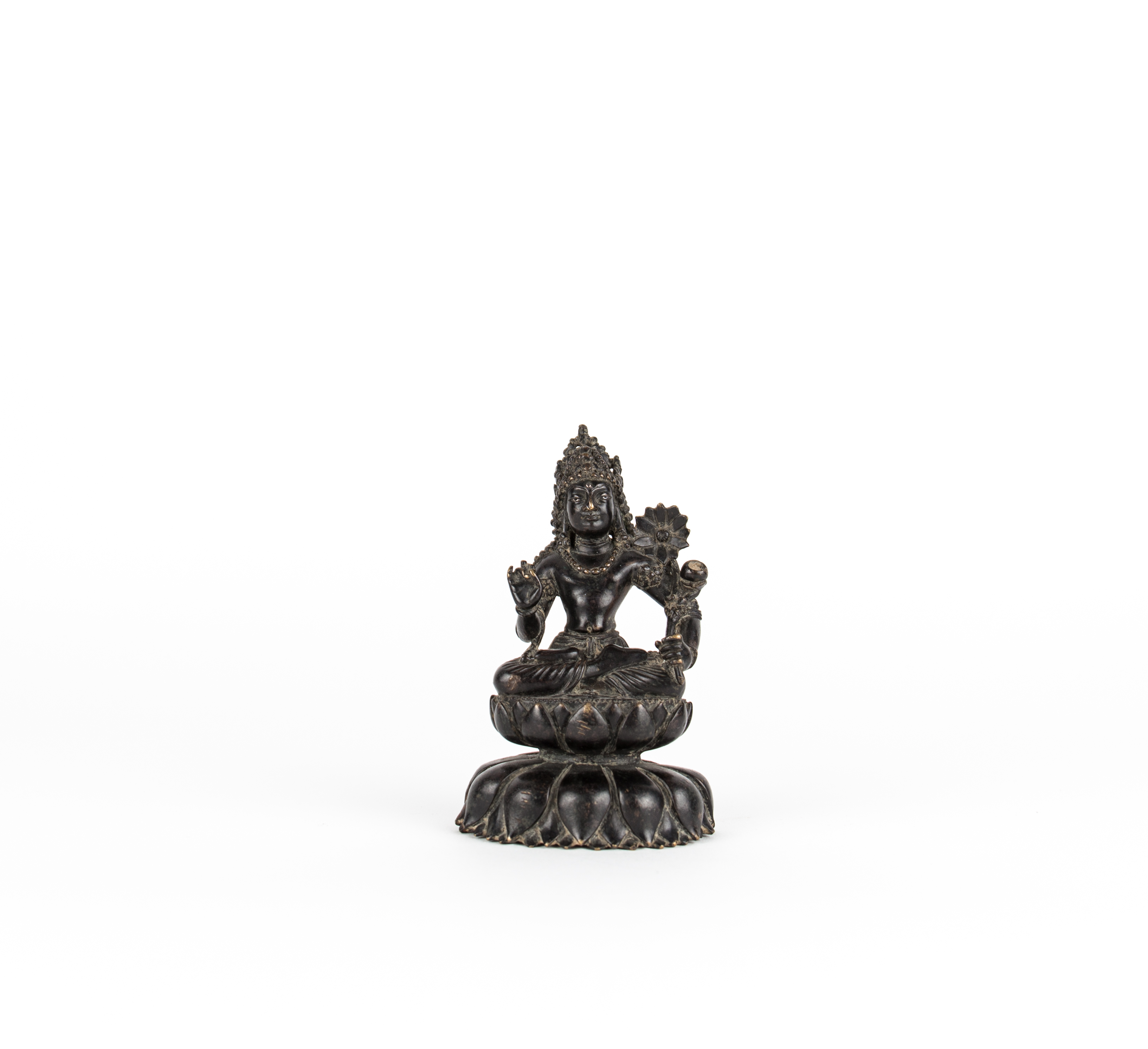 This bronze figure of Padmapani Lokeshvara is remarkably well preserved with a polished, blackened patina. Its details are crisp and well modelled. The crown is complex with scrolling foliate ornaments over a patterned cap and triangular crown leaves. Tresses cascade to his shoulders in three bands. His right hand is raised in vitarka mudra, a gesture of discussion and the transmission of Buddhist teaching, while his left hand holds to the stem of a lotus flower that rests on the Bodhisattva’s shoulder. His lower garment has well-defined pleats. His torso is muscular and supple. This exquisite bronze represents the triumphing sophistication of the Swat Valley style as it is about to bear influence on the bronzes of Kashmir.

Swat Valley is made famous by legends surrounding the creation of the very first image of Buddha that was commissioned during his lifetime by one of Swat's ancient rulers, King Udayana of Kaushambi. Situated along the lush upper banks of the Indus river in modern-day northern Pakistan, Swat Valley pivotally continued to thrive as a centre for Buddhism after Hun invasions had curtailed the religion in other areas of Gandhara by the 6th century. Gradually the distinctive Swat aesthetic melted into the style of adjoining Kashmir. Thereafter the art of medieval Kashmir was seminal for the formation of early Western Tibetan Buddhist art and beyond.

The fine facial features, for which this bronze excels, distinguishes it from later Kashmir types. Whereas the latter tend to have stuffed, somewhat bloated cheeks, Swat faces have a more pleasing oval shape reminiscent of the Gupta style, that bore influence from increased trade after the Gupta empire subjugated much of modern-day Pakistan in the mid 4th century. For the same reason, his nose appears more aquiline than broader Kashmir examples. The eyes are elegant and symmetrical, whereas in Kashmir they can be unrestrained and abstracted. The nuanced portrait of this Padmapani, with a slightly upturned chin, is emphatically noble.