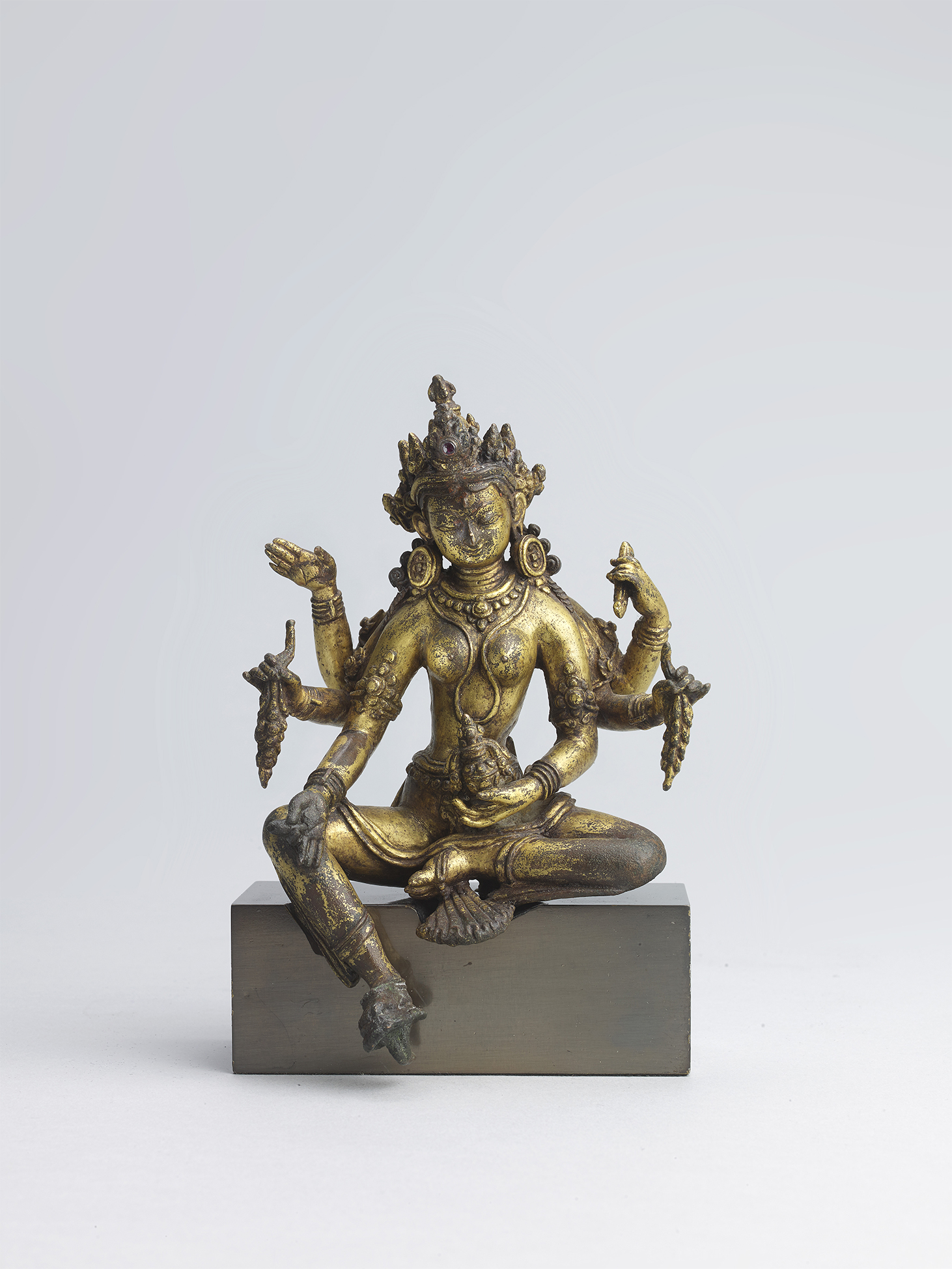 Sensitively cast seated in lalitasana with her right leg pendant, her foot resting on a lotus blossom, her primary hands hold a lotus bud and a vase, while her other four arms radiate around her holding ears of wheat and the prajnaparamita manuscript. She wears an elaborate necklace, large spherical earrings and her benevelonet expression is centered by an urna and surmounted by a jeweled crown.

Vasudhara, whose name means “streams of gems”, originated in India before the 11th century and gained popularity in the agrarian areas of the Kathmandu Valley, where she was worshipped as a goddess of fertility and the land. She is the Buddhist counterpart to both Lakshmi, the Hindu Goddess of wealth and prosperity, and to Sarasvati, the Hindu goddess of wisdom.