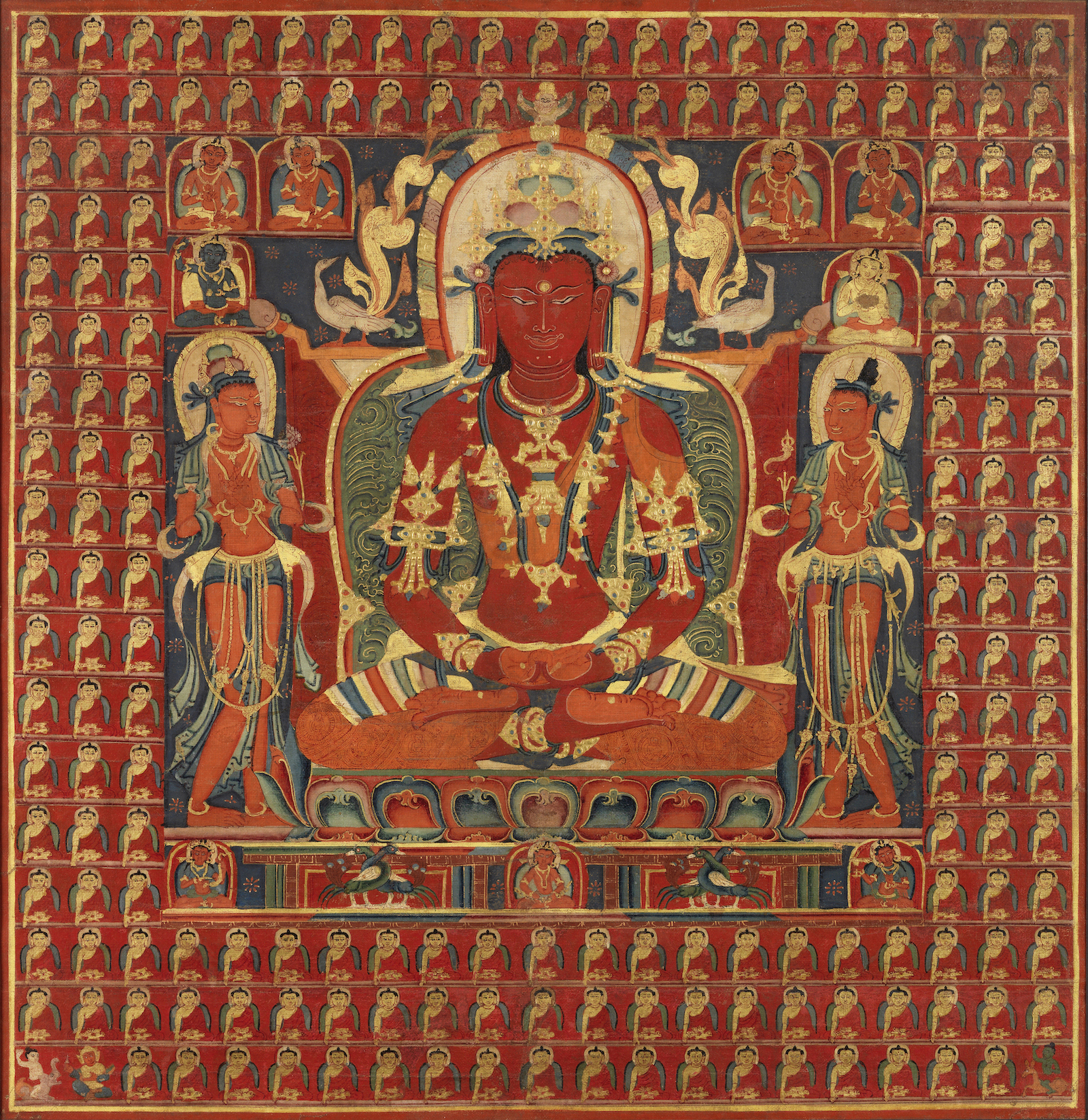 This thangka has survived with exceptionally rich and well-preserved colours, with the crimson red and tiger orange of the three principal figures framed by sage, mint green, and blush pink elements within their garments and backgrounds, which are lavishly heightened with raised gold gesso. The complexity of colours and techniques attest to the remarkable dexterity of Newari painters.

The worship of Amitayus dates back at least as far as the early centuries of the Common Era, as attested by the mid-2nd-century Chinese translation of the Sukhavantivyuhasutra. The doctrine of rebirth in Amitabha's western paradise remains a popular belief in Buddhism today.

Here, the Tathagata is flanked by the standing bodhisattvas Padmapani to his right, and Mahasthamaprapta to his left. Six further seated bodhisattvas accompany him in registers immediately above, constituting the conventional group of eight bodhisattvas. Amitayus sits on a lotus throne of curling petals resembling waves. Three female deities are depicted in the lower register with four peacocks, the vehicle of Amitayus.

The painting's style reflects the Central Tibetan tradition, employing Newari artists to build on the foundations set by the Pala style of Northeastern India by the turn of the 13th century. The almond-shaped curving eyes, long nose, and pronounced lower lip resemble the style of wall painting in Shalu monastery, dating to the 13th century.

The incorporation of meditating Buddhas in roundels on the central figure's textiles compares to an example in the Metropolitan Museum published in Kossak & Casey, Sacred Visions, New York, 1998, p.107, no.23c; and another of Buddha Akshobhya published in Pal, Himalayas, Chicago, 2003, p.206, no.134. Related work was also sold by Sotheby's, New York, 26 March 1998, lot 120.