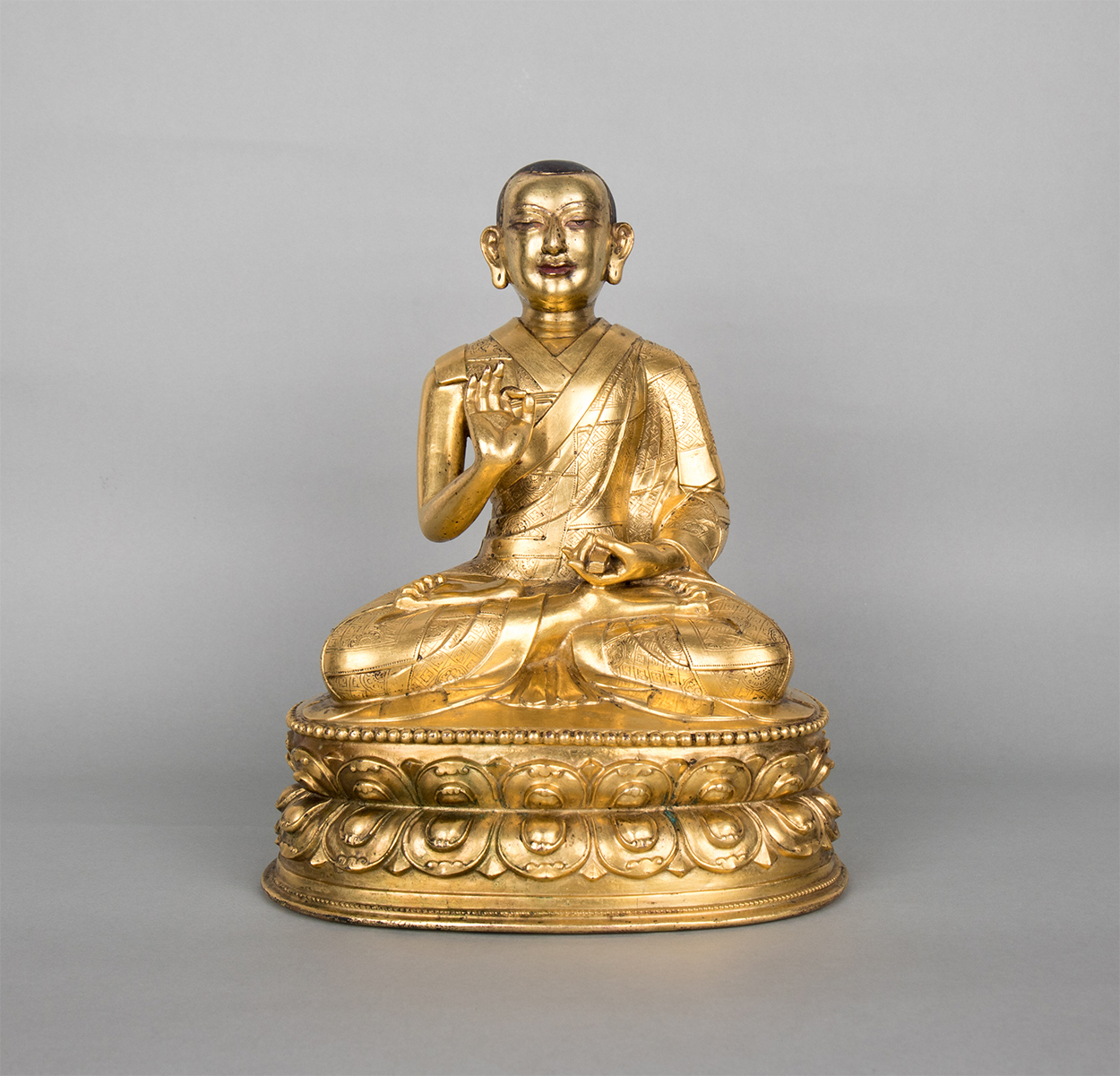 Seated in padmasana on a double-lotus base with beaded upper edge, with right hand held in vitarka mudra, the gesture of teaching, at his chest and left hand resting in his lap holding a miniature pecha, a wood-bound book, as a symbol of his enlightened wisdom and the transmission of knowledge. His serene expression is framed by short-cropped hair and flanked by pierced pendulous earlobes. He wears the patchwork robes, or kasaya, of a monk, beautifully incised with intricate geometric and floral motifs.

Portraits of religious masters were commissioned during their lifetime and afterwards by pupils or followers as a type of religious support. The importance of this artistic genre lies in the fact that each religious master represents a link within an unbroken spiritual lineage starting in India, in which oral teachings are at least as important as texts in the transmission of the doctrine.

This figure is identified by inscription as the portrait of Dragpa Sherab (1310–70, also Tragba Sherab, Grags pa shes rab), who served as the abbot of Densatil Monastery from 1362 to his death in 1370. It was for Dragpa Sherab that the fourth Tashi Gomang Stupa at the Monastery was built in 1370. The inscription, which is on the lotus base behind the figure, reads kīrtiprajñā (Tib. k’i rti pra dzny’a), the Sanskrit name of the abbot. That the inscription consists solely of the abbot’s name implies that this gilt bronze portrait was part of a row of sculptures to depict a lineage of teachers.

There is only one other known portrait of the abbot, a woodblock print dating to the first half of the fifteenth century from a manual by a later Densatil abbot, Chenga Sonam Sangpo (1386–1434) (text 1359 of the Tucci Tibetan Collection, reproduced in Olaf Czaja, Medieval Rule in Tibet, vol II, plate 29), making this an incredibly rare example of portraiture of an abbot of the famed Densatil Monastery.