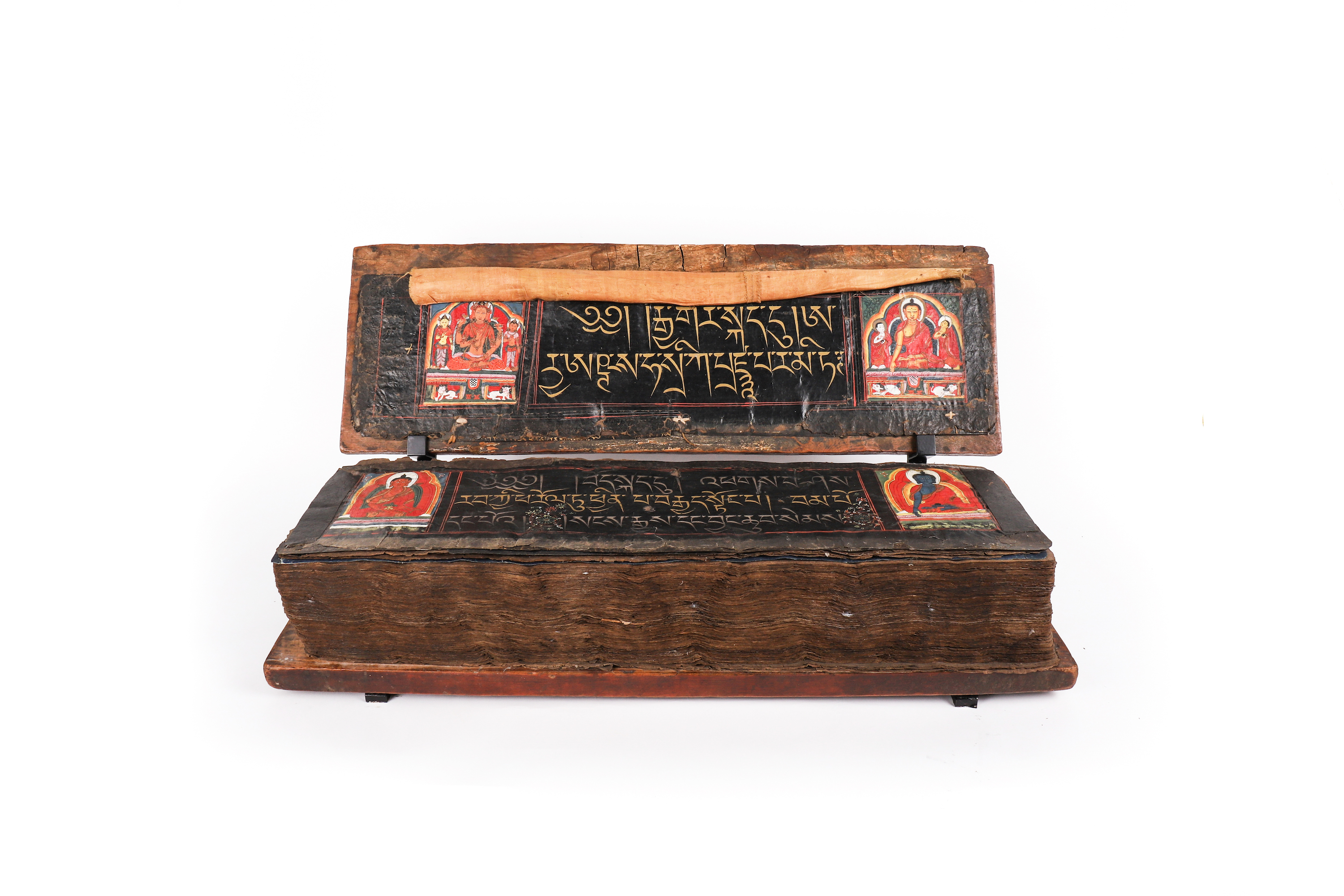 This circa 1500 copy of The Perfection of Wisdom in Eight Thousand Verses (Ashtasahasrika Prajnaparamita Sutra) is heavily illustrated with twenty-four illuminations. The title page of the manuscript is decorated with images of the goddess Prajnaparamita and the Buddha Shakyamuni, both seated on lion thrones and flanked by their attendants. A layer of orange Chinese silk and a layer of yellow Indian silk protect this page. The style of the depictions shows a strong influence of the Newar style of Nepal, though the images also exhibit some Chinese elements, such as the volumetric treatment of the robes. The synthesis of the earlier Nepalese and Pala styles with currents from China at the beginning of the fifteenth century paved the way for the emergence of later schools of Tibetan painting. This manuscript stands as an early example of this hybrid Indo-Nepalese and Chinese style.

The wooden manuscript covers are decorated in a thirteenth-century style, coloured with black and red lacquerwork, and carved with images of the Eight Auspicious Symbols.