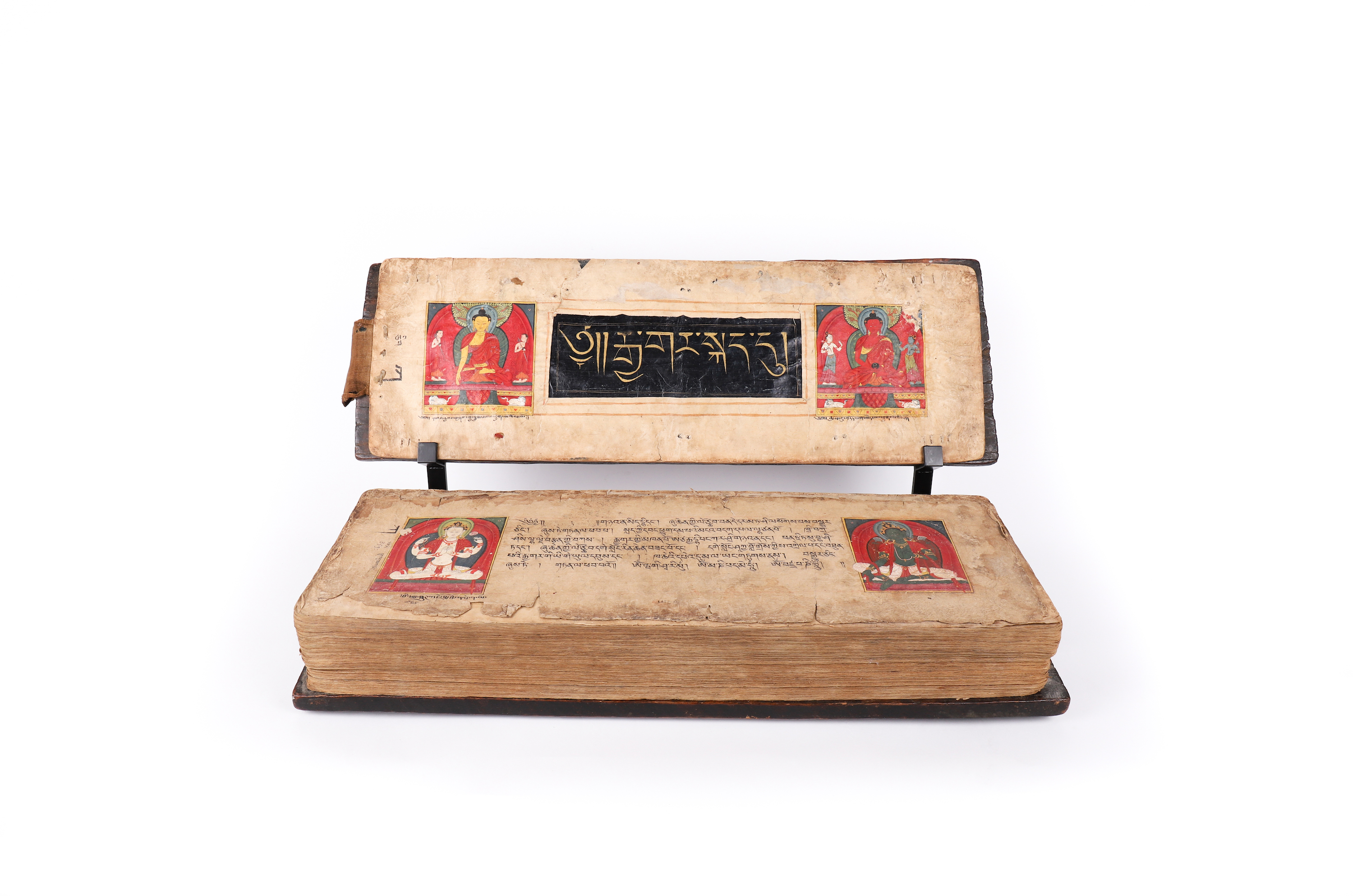 This manuscript, The Perfection of Wisdom in Eight Thousand Verses (Ashtasahasrika Prajnaparamita Sutra), is in very good condition – written in black and red on fine, cream-coloured paper. The first leaf is illustrated with an image of the historical Buddha Shakyamuni seated on a stylised lion throne, which is flanked by his monk disciples Sariputra and Maudgalyayana, along with Amitabha, who is also seated on a lion throne, flanked by bodhisattvas Padmapani and Vajrapani. The last leaf is illustrated with an image of four-armed Avalokiteshvara (Chenrezig) holding a rosary and a lotus. In the colophon below, he is described as the tantric deity Mahakarunika, ‘the great compassionate one’. Also illustrated is Green Tara, who represents the enlightened activity of Avalokiteshvara.

The first leaf is reinforced with six additional leaves for strength, and contains the manuscript’s library tag on silk cloth, which would have identified the text in the manuscript’s original setting: a monastic library. The manuscript closes with a long colophon explaining how the sutra was originally translated from Sanskrit into Tibetan in the eighth century, and later revised in the eleventh century.