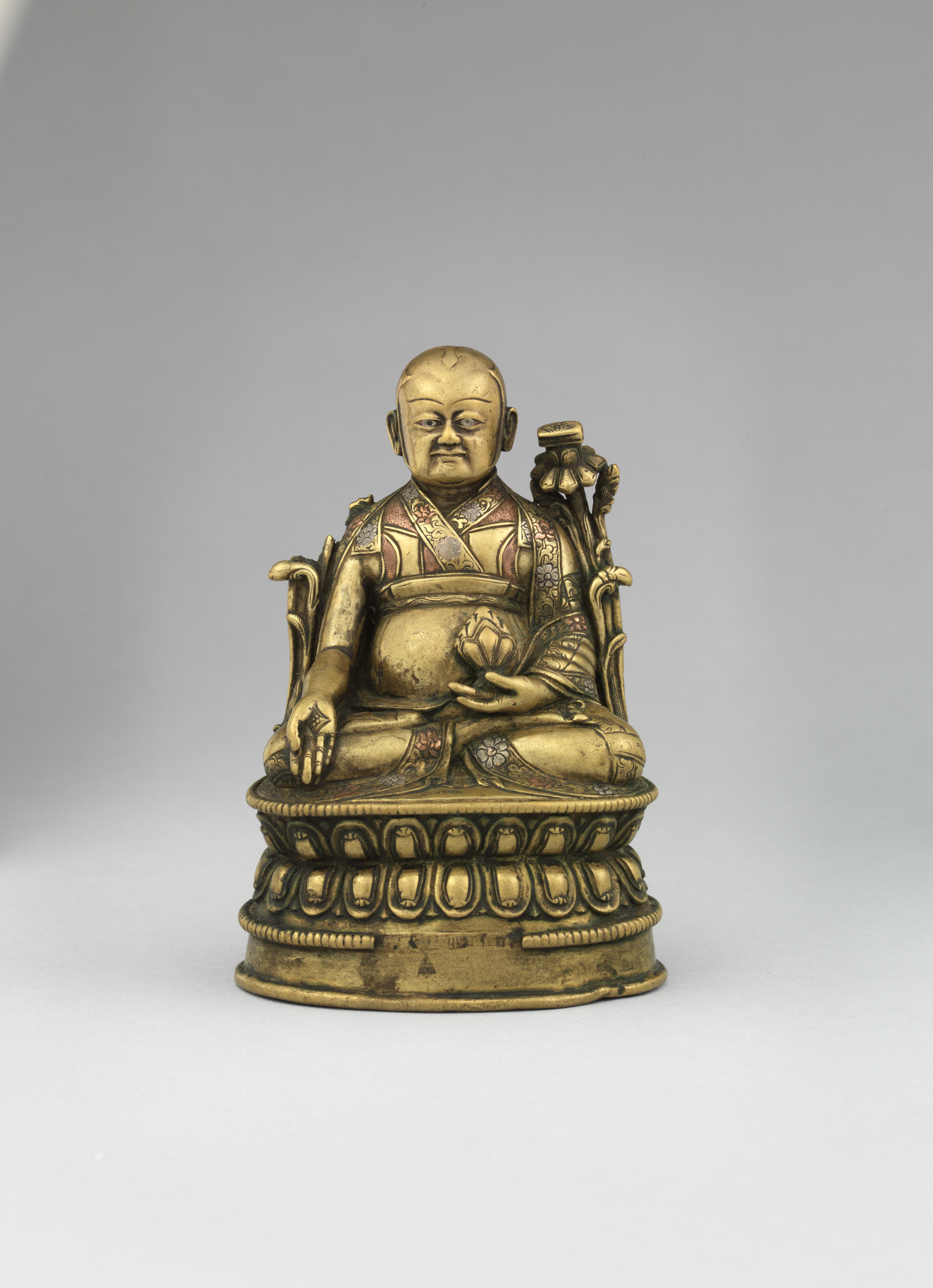 This sculpture is a fine example of the Tibetan Buddhist tradition of venerating their teachers through portraiture. Portraits of religious masters were commissioned during their lifetime and afterwards by pupils or followers as a type of religious support. The importance of this artistic genre lies in the fact that each religious master represents a link within an unbroken spiritual lineage starting in India, in which oral teachings are at least as important as texts in the transmission of the doctrine.

Jamyang Sonam Lhundrup was the great abbot of Mustang, Lo Manthang, This superb statue depicts him seated in lotus position (padmasana) on a double lotus base. He is portraited with a sense of gravitas imparted by his round face and ample belly.

His eyes are silver-inlaid, enhancing the powerful gaze. His left hand rests in his lap in the meditation position and his right is extended in varada mudra, a gesture of charity. Both hands have a wheel of the Buddhist law incised. He is flanked by two lotus stems the blossom by his shoulders, the one to his left bears a book, while the one to his right, now lost, would have originally held a sword. He wears a robe embellished with a border of floral motifs, the pattern enhanced by silver and copper inlay.