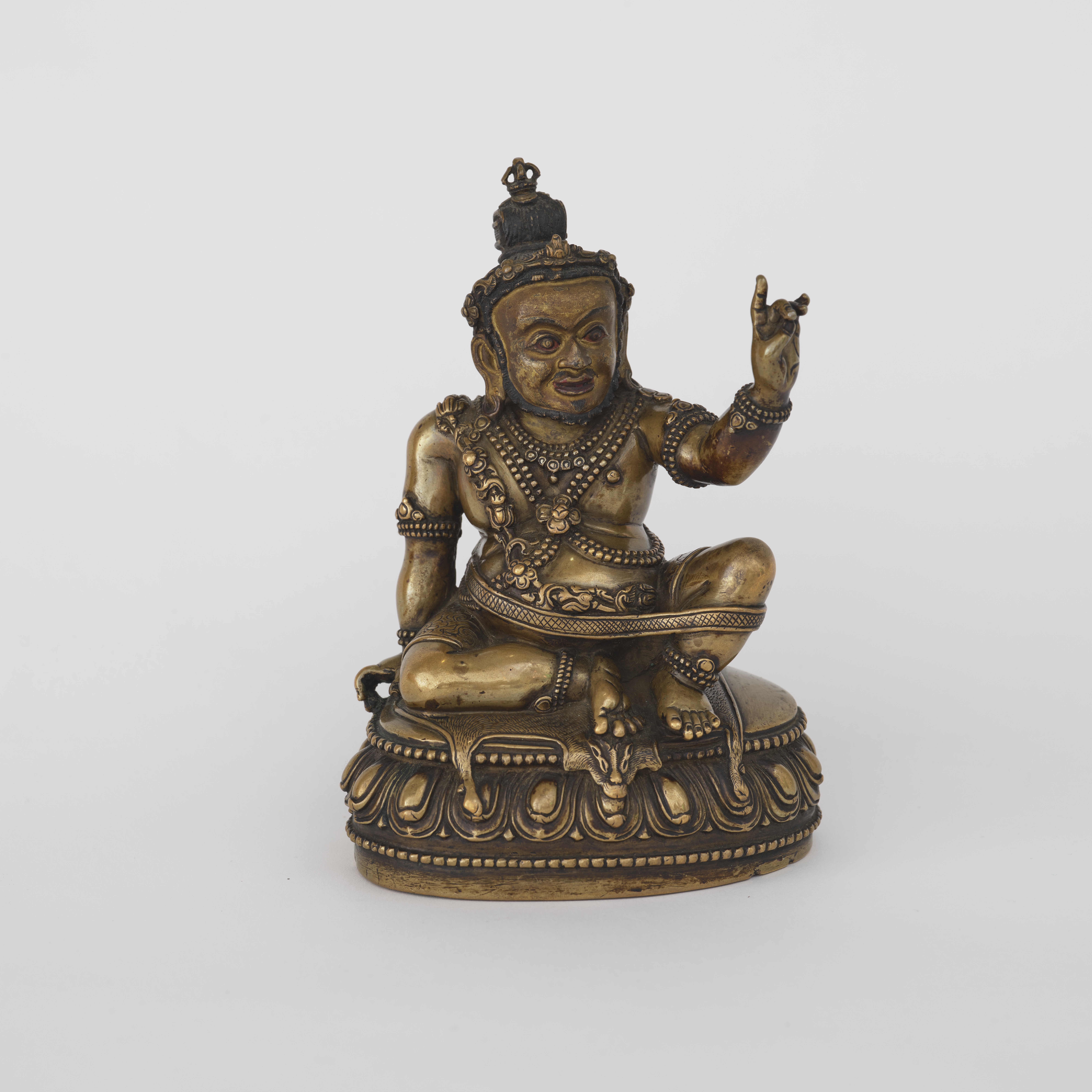 Having mastered all phenomena, (and) achieved supreme enlightenment through ( his) effort, aiding all beings, homage to Virupa.

This sturdy little image shows the master wizard Virupa casting a spell with his raised left hand, extending his index and little fingers. His forehead is broad, and the entire head rather large even for the portly body. Beside the thickly beaded bone ornaments on his arms, ankles, and chest, well-executed flowers form a high-relief garland and crown. His hair is pulled up into a high bun. From the topknot emerges a vajra finial, typical of deities and generally found in depictions of yogis from the seventeenth century on. The deerskin that covers the curved top of the lotus dais has a pelt-like stiffness, and the artist took care to score the wet clay of the mould or model with details of the hide.

It cannot be confirmed to which of Virupa's miracles this image refers. The gesture of the left hand raised sometimes represents his commanding the Ganges River to part or to reverse its flow. However, the same gesture is also used to indicate his most famous, and apparently dissolute, miracle, nailing down a ray of sun to keep it from moving until he drank his fill.