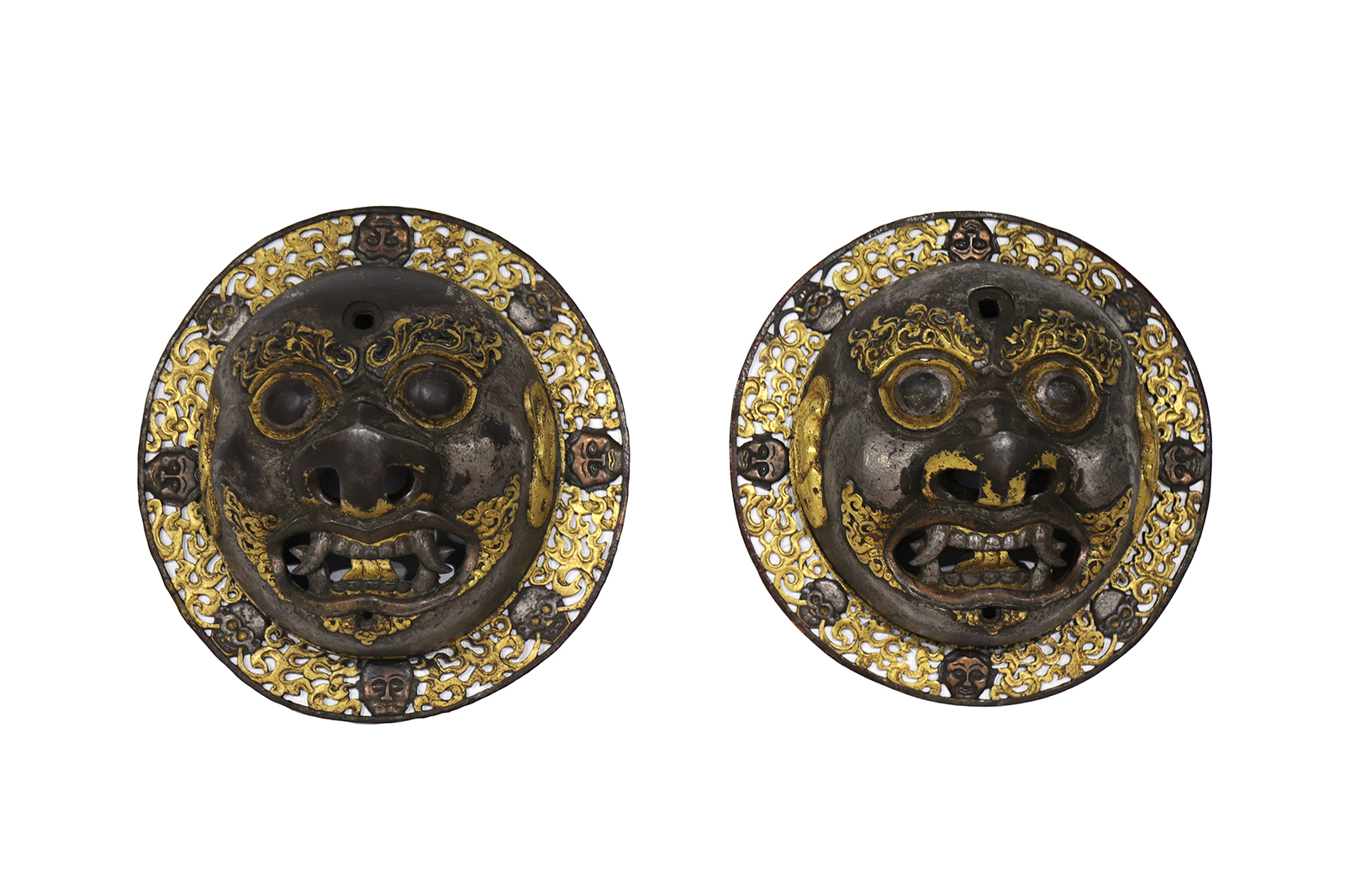 Door bosses such as these were attached to wooden temple or monastery doors. A pin supporting a circular iron handle would have passed through a hole in the forehead and, together with a pin below the lip, and secured each boss to the door. The faces depict wrathful guardians with fangs, fiery whiskers and eyebrows and upturned noses. Alternating heads and skulls are symmetrically arranged around the rims, which simulate flames.

Gold, silver and copper are used to fine effect, highlighting each face and the surrounding fiery borders. The iron bosses were crosshatched all over and sheets of gold, silver and copper were then laid over them and beaten into the design. The faces are rendered in silver, the lips overlaid with red copper; the tongues, noses, brows, the rims of the eyes and ears are all overlaid in gold. This kind of work, traditionally associated with Derge in the Kham region of eastern Tibet, is not easily dated. Yuan and early Ming ironwork have decorative features that are recognizably of their epoch; these door bosses do not bear close comparison, and the proposed date of c. sixteenth to seventeenth centuries is likely to be further refined by future research.